Rad Tour off to a cracking start!

The Radioactive Tour is off to an awesome start. By Day 4, we have already weaved our way through Adelaide, Port Augusta and Woomera. 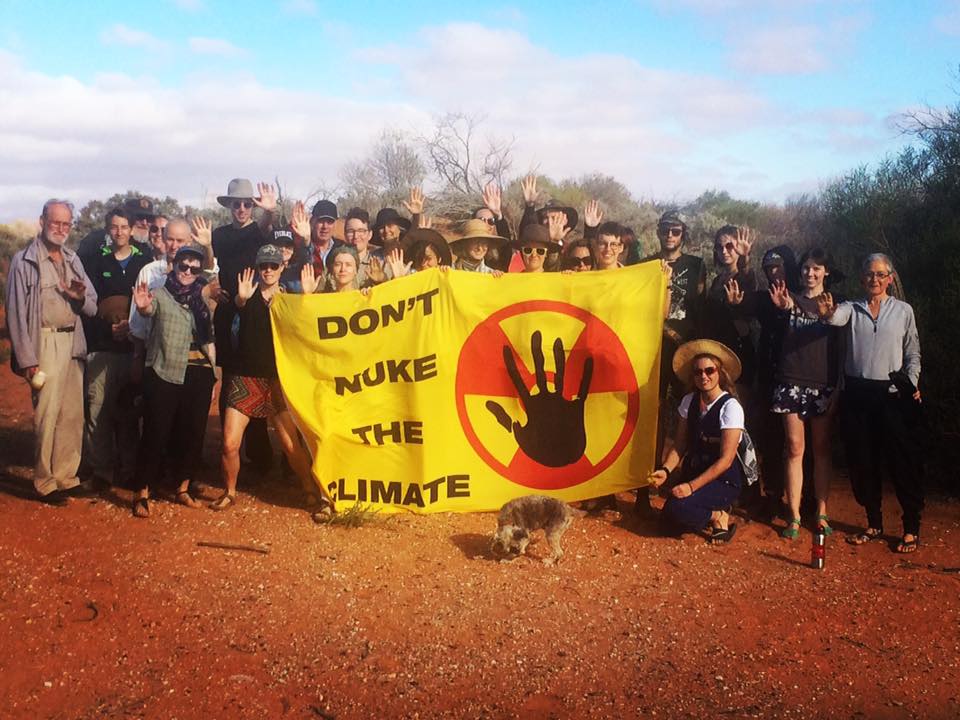 Thirty people are travelling across the South Australian nuclear landscape, to show solidarity with local communities impacted by the nuclear industry and to learn and listen. 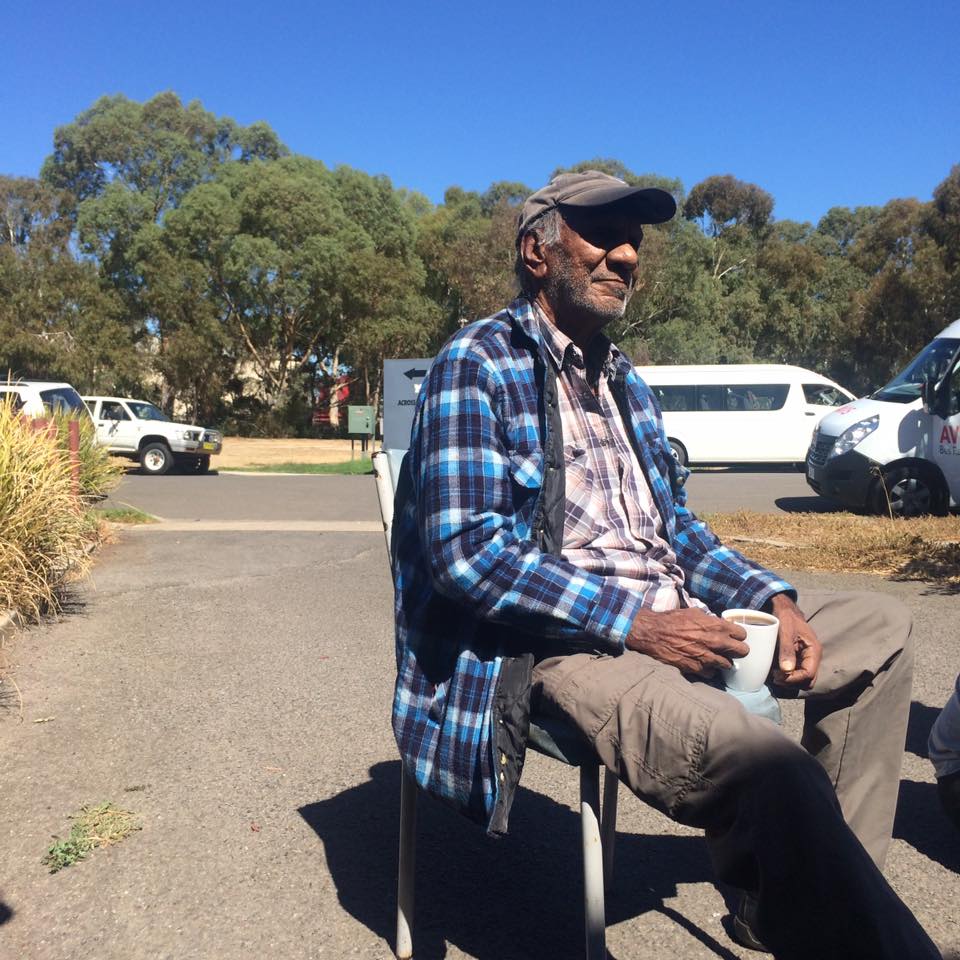 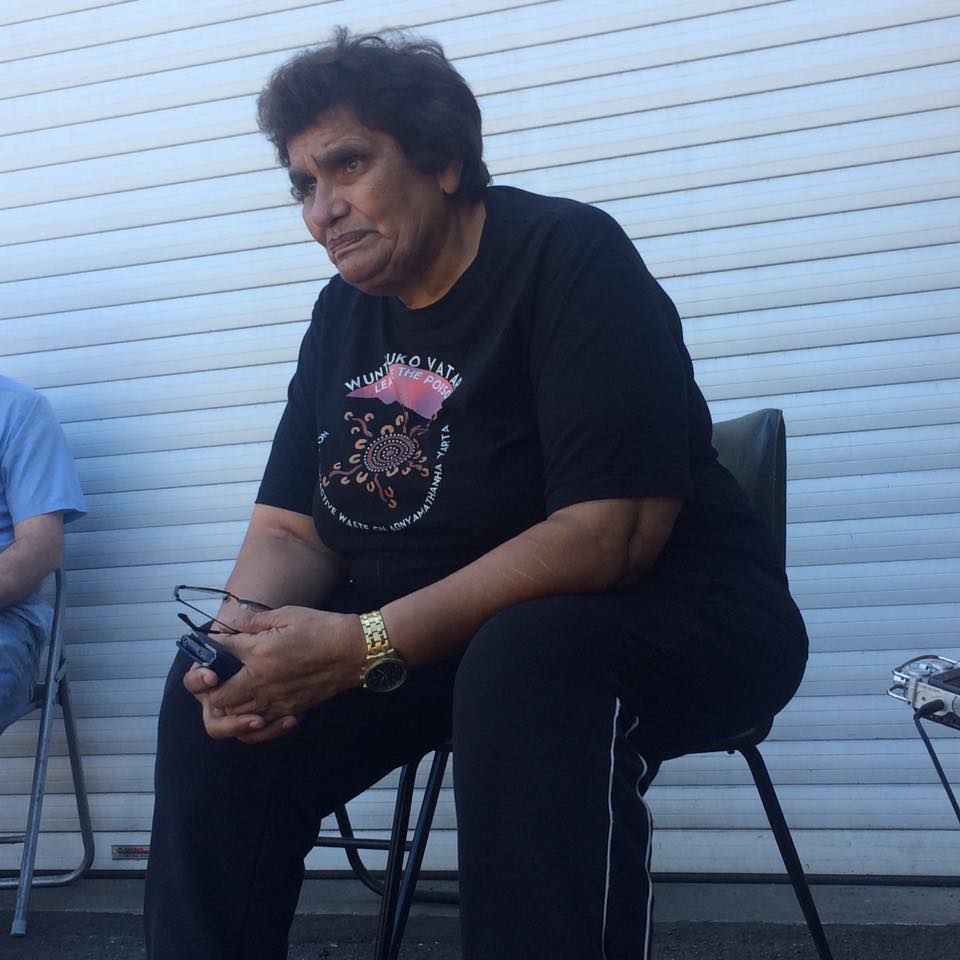 In Adelaide, we stayed at Animal House, a punk community centre, and caught up with Uncle Kevin Buzzacott, Arabunna anti-nuclear legend, and Aunty Vivienne McKenzie, Adnyamathanha TO speaking up strong against nuclear waste dump proposals on her lands. Turns out there are a lot of people interested in what we are doing with two sets of tv crews coming to film us along the way, including the ABC in SA, which you can watch here: https://iview.abc.net.au/programs/abc-news-sa/NU1806S078S00#playing (3m:20s into the program). 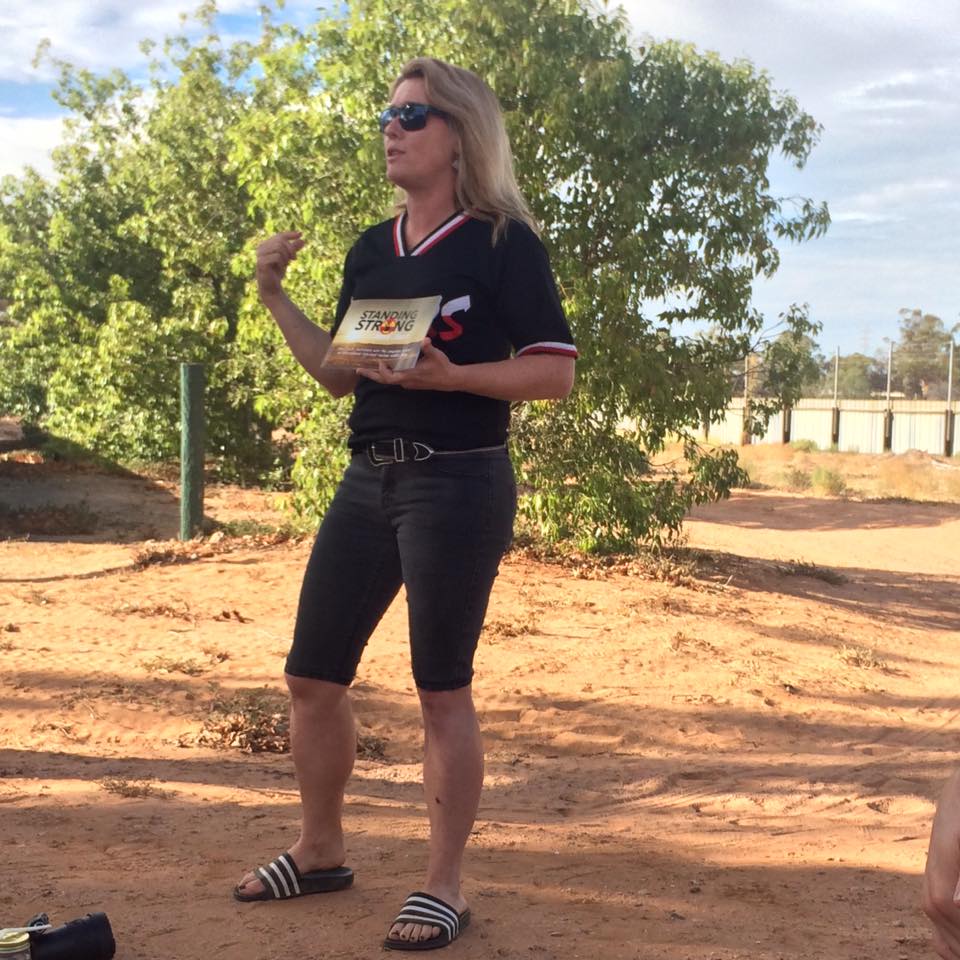 At Port Augusta we were joined by Cat Beaton, from Conservation Council of SA, who talked about the successful fight to stop plans for an International high level nuclear waste dump in the state. She also brought us up to speed on community opposition to a Federal proposal for a national nuclear waste dump at Kimba, on the Eyre Peninsula. 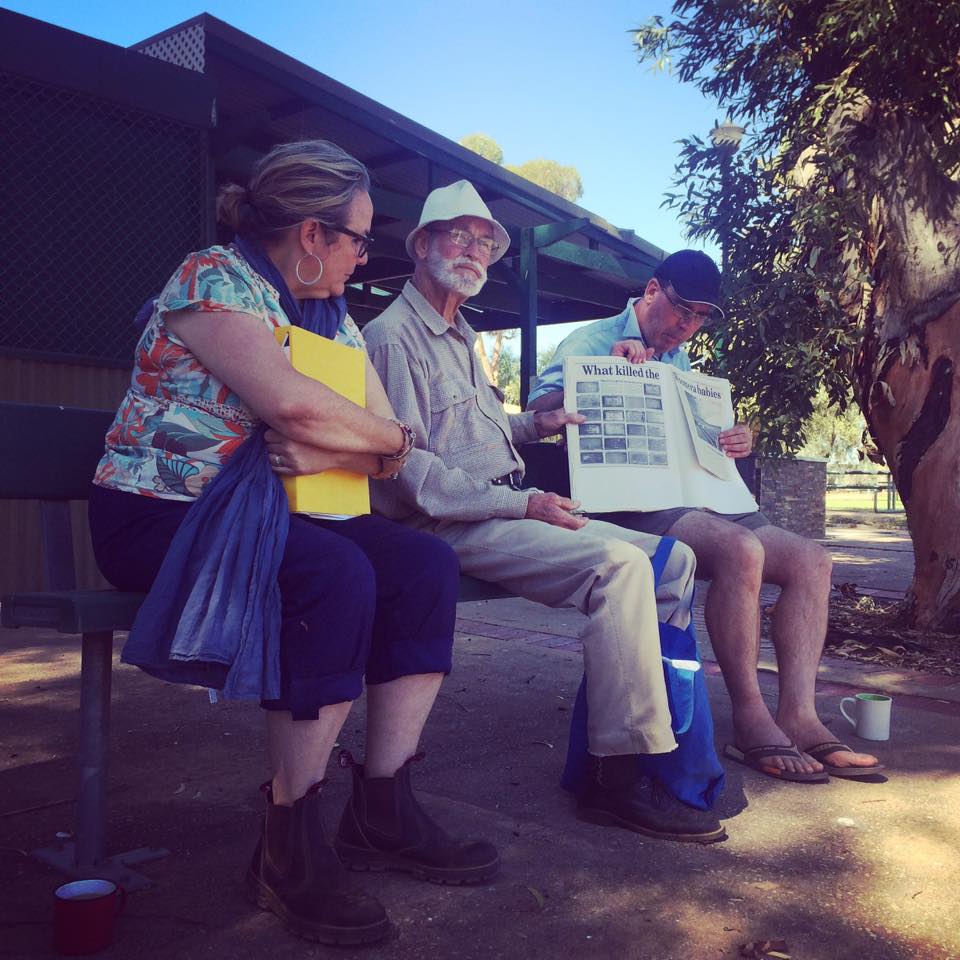 At Woomera, Kokatha country, we learned about the history of nuclear testing and military projects here. ICAN Co-founder Dimity Hawkins, joined by military whistleblower Avon Hudson and FoE's Jim Green, spoke about the deaths of children of unknown causes during the years of nuclear testing at Maralinga and Emu Field. It was a heavy day, learning details of the inhumanity of war.

We leave tomorrow for a tour of Olympic Dam Uranium mine, then on to Lake Eyre, Arabunna country, to visit the sacred mound springs. All along the way we are learning about radioactive racism and the impacts of the nuclear industry on land, water and people.