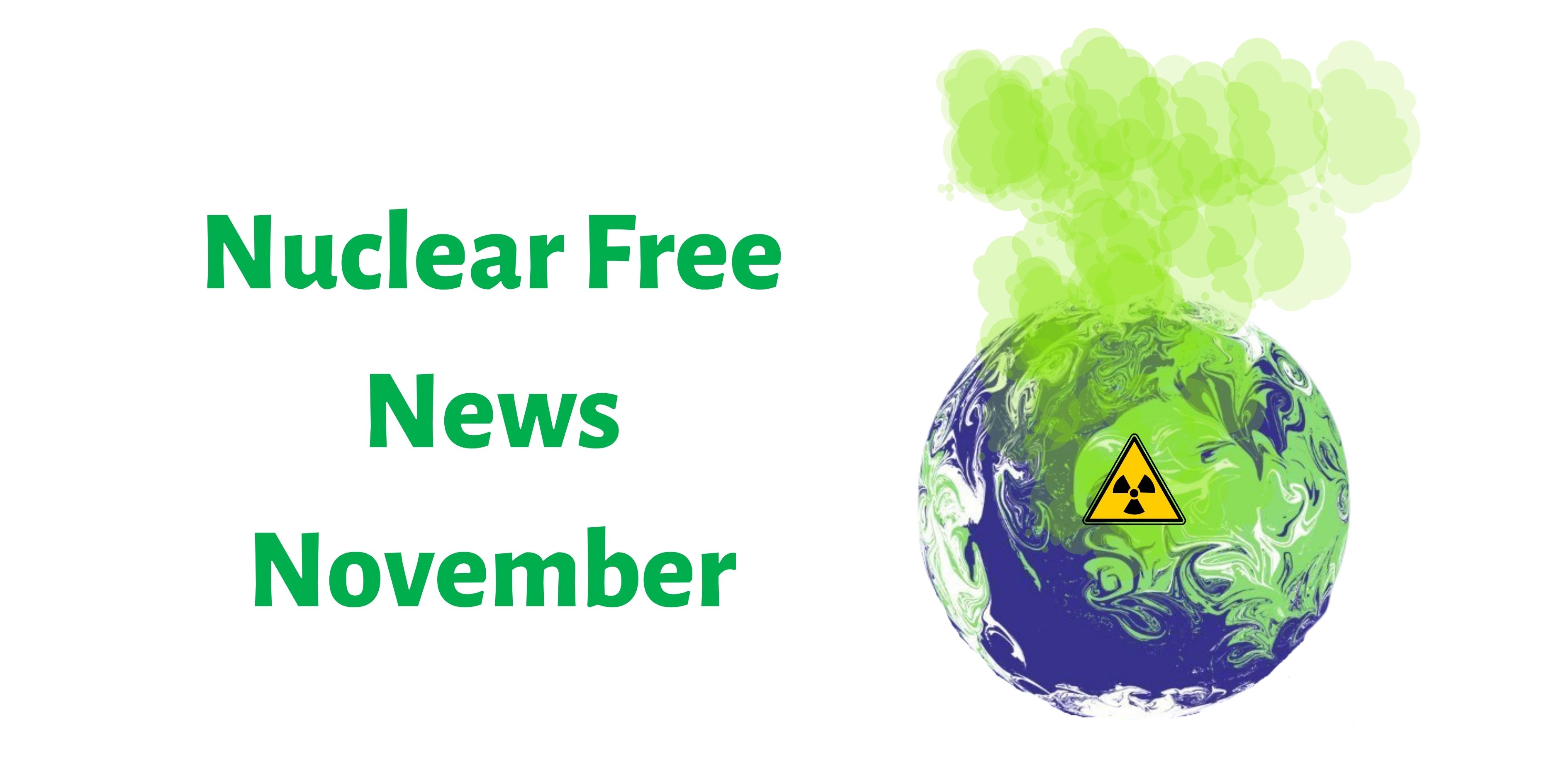 During the COP26 Climate Summit the nuclear industry is pushing to greenwash nuclear energy and hide the risks of climate change on its industry.

These are some of the articles that have come out during these weeks, both pro-nuclear spin and the ones proving that nuclear energy is not a viable solution.

It is astonishing that any PM can make one of the most momentous decision without asking the Australian people first.

Nuclear power for Australia? A crazy fantasy that would surely lose the election for the Liberals.

Lake’s radioactivity concentration predicted for 10,000 days after the Fukushima accident

Is it green, or forever toxic? Nuclear rift at climate talks

As negotiators plot out how to fuel the world while also reducing carbon emissions at climate talks in Scotland, nuclear power is a central sticking point.

Solar and wind keep getting cheaper, and crush coal, gas and nuclear on costs: Lazard

Latest LCOE report from Lazard confirms that wind and solar by far the cheapest of all energy sources, and cost of storage is falling too.

Opposition to nuclear power is on par with unscientific anti-vax conspiracy theories, and just encourages reliance on coal.

Nuclear Power is COP26 Quiet Controversy shows how Nuclear power and fossil fuel companies are represented at COP26 climate talks, pushing its spin and doing deals on the sidelines at COP26.

‘No One Died From Radiation At Fukushima’: IAEA Boss Statement Met With Laughter At COP26

With AUKUS, Australia would be the only country embracing nuclear as part of its defence program that did not then fully exploit a commercial, civil nuclear program. Yet, nuclear energy has been fiercely rejected in Australia where a moratorium exists.

Nuclear power is hot, for the moment

The United States, Russia, and France now describe the once-neglected technology as a key part of their decarbonization plans.

No easy options in Australia's quest for nuclear submarines

Australia is at present, a nuclear-free country and only has one university programme dedicated to nuclear engineering – producing five graduates a year, even with a ramp-up they will not be able to produce enough personnel domestically and will have to rely heavily on foreign recruitment.

US Ex military man says nuclear submarines could arrive sooner, wants USA to get tough on China, regarding Taiwan.

Claims that the Australian government's proposed national nuclear waste storage and disposal 'facility' near Kimba in South Australia is required to support nuclear medicine are not supported by the facts.