In Part 1 of our hydrogen blog series Energy Justice Victoria offered an explainer of the upcoming 'hydrogen economy'. We demystified hydrogen, why it presents a unique alternative to fossil fuels when done right, and why everybody seems to be talking about it.

If you missed out on reading the explainer, you can catch up here.

Today, we tackle the next issue on our list: What is the Hydrogen Energy Supply Chain (the HESC) and how does it relate to the fossil fuel industry in Victoria? 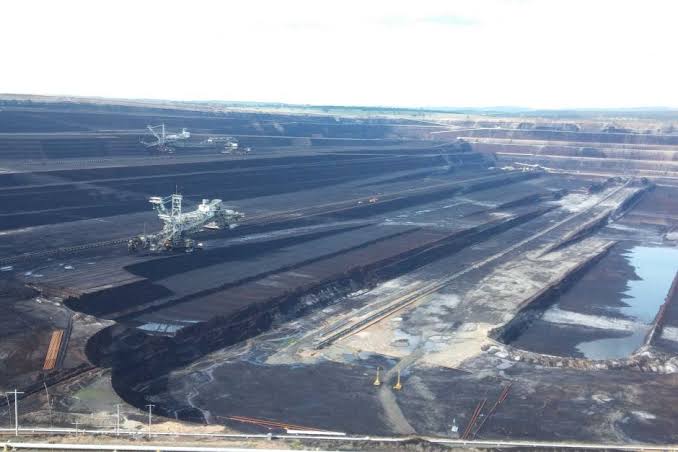 First up: what is the HESC?

On Friday the 23rd of August in 2019, energy expert Tim Forcey spoke at the Morwell Bowls Club in Latrobe Valley about the hydrogen economy and energy efficiency. Community members and representatives from different organisations and businesses working on sustainable solutions in the region attended to learn about these topics, and what they could mean for the community.

Forcey has written articles and spoken previously about the attempts by the fossil fuel industry to co-opt hydrogen, in an attempt to greenwash coal and gas.

With the Hydrogen Energy Supply Chain, or HESC, being built in Latrobe Valley, the issue of hydrogen and it's potential as a clean fuel is of particular relevance.

The HESC is a series of connected projects being prospectively established in Victoria to produce hydrogen using fossil fuels. It is led by a Japanese consortium of companies, including Kawasaki Heavy Industries, J-Power, Iwatani, and Marubeni, and receives assistance and funding from corporations such as Shell, as well as the Victorian and Federal governments.

All up the project will cost $500 million dollars. $150 million of this is from public funding, provided by the Federal and Victorian governments.

What projects are involved in the HESC?

The coal-to-hydrogen pilot plant is being built by Kawasaki and J-Power, and is located in the Latrobe Valley at AGL’s Loy Yang power station. AGL has been promised 160 tonnes of brown coal from the Loy Yang mine, as well as land for the experimental station. With the $500 million dollars of funding, and with this 160 tonnes of coal, the HESC project will only be producing 3 tonnes of hydrogen.

At the Morwell Bowls Club event, Forcey commented on how ,with the falling costs of renewables and electrolysers (the machines used to produced hydrogen using water and renewable energy), the only way society could every produce more expensive hydrogen per tonne then the HESC project would be if we produced it on the moon.

The type of plant slated in Latrobe Valley has multiple purposes, not just hydrogen production. The Coal Energy Application for Gas, Liquids and Electricity (EAGLE) plant can also be used as a brown coal power station, or to produce synthetic gases (including the highly potent methane). Whilst this plant will be dismantled upon the trial's completion, it is concerning to see this attempt to normalise experimental and costly coal projects that continue to suck up funding and resources that could be going to the Valley's transition.

In this 2017 report 'Money For Nothing' by the Australia Institute, you can read a breakdown of the $1.3 billion public funding that has gone towards 'clean coal' and related technologies. This is public funding that could have gone to creating diversified industries in coal epicenters like the Latrobe Valley, built new renewables and battery storage across Australia, or gone to mitigation and adaptation efforts to the climate crisis. Instead, it has gone to propping up the ailing fossil fuel industry.

In addition to this, the continued attempts to sustain open cut mining in Victoria puts the health of local communities at risk as it perpetuates the creation of coal dust and risk of mine fires.

CarbonNet is a project run by the Victorian government, funded to the tune of $150 million in public funding from the Federal and State governments. It is an establish a waste-carbon injection site in Victoria (euphemistically called ‘carbon capture and storage’ by the fossil fuel industry). The proposed site is seven kilometres off the Ninety Mile Beach coastline near the town of Golden Beach. The proposed injection site would attempt to store waste-carbon from the coal-to-hydrogen plant in the event the project was commercialised. This site has faced opposition from the community and the Ninety Mile Against Carbon Storage group, run by locals who want to preserve environmental and community health. You can read more about CarbonNet and the problems with waste-carbon injection in our blog here.

Despite community opposition and doubts surrounding its technology, carbon capture continues to have government support, yet why this is on a state level remains unclear. On the CarbonNet project in the Latrobe Valley, energy expert Tim Forcey remarked, 'I don’t have much hope for it, and I don’t think the Victorian government has much hope for it.'

Forcey didn’t have anything good to say about waste-carbon injection technology either. Wind and solar are becoming cheaper, more effective and efficient at a rapid rate, but the same cannot be said for waste-carbon injection. Despite billions of dollars thrown at it internationally, Forcey said he had been watching it for 15 years and had still not seen much progress.

In Australia this has become particularly clear in the case of Chevron’s Gorgon Gas Plant, which was established on the agreement it would store emissions from the beginning of the project in 2016. However due to continuous problems with the technology, carbon injection did not start until mid-2019, and continues to be surrounded by uncertainty that makes it clear that at this point in time carbon-capture cannot be relied upon to keep emissions from escaping and contributing to runaway climate change.

The final component of the HESC is a new hydrogen export terminal at Hastings. This is where hydrogen produced at the coal facility in Latrobe Valley would be liquefied and transported to Japan on hydrogen transport ships (that are yet to be built).

Community groups in Westernport have been vocally opposed to the export terminal. Westernport is home to an internationally recognised biosphere and Ramsar-listed wetland important to many native and migratory species. The industrialisation of the area degrades this biodiversity and jeopardises the area for residents in terms of liveability and the survival of local eco-tourism businesses.

The concerns of the community in Westernport, outlined above, demonstrate just some of the environmental and climate impacts Victoria will feel if the problematic HESC project goes ahead. In our next and final blog in this series we’ll discuss these in further detail as we discuss: What are the environmental and climate impacts of fossil fuel hydrogen and what are the alternatives?

Until then, you can follow or get involved with Energy Justice Victoria’s work opposing new fossil fuels and campaigning for a just transition with communities across Victoria.