On Sunday the 27th of October, members of Energy Justice Victoria (EJV) visited Westernport Bay for the third week of the Fossil Frontlines Community Tour. EJV co-hosted a community meeting with local groups Save Westernport and Westernport and Peninsula Protection Council in the vibrant Balnarring township. 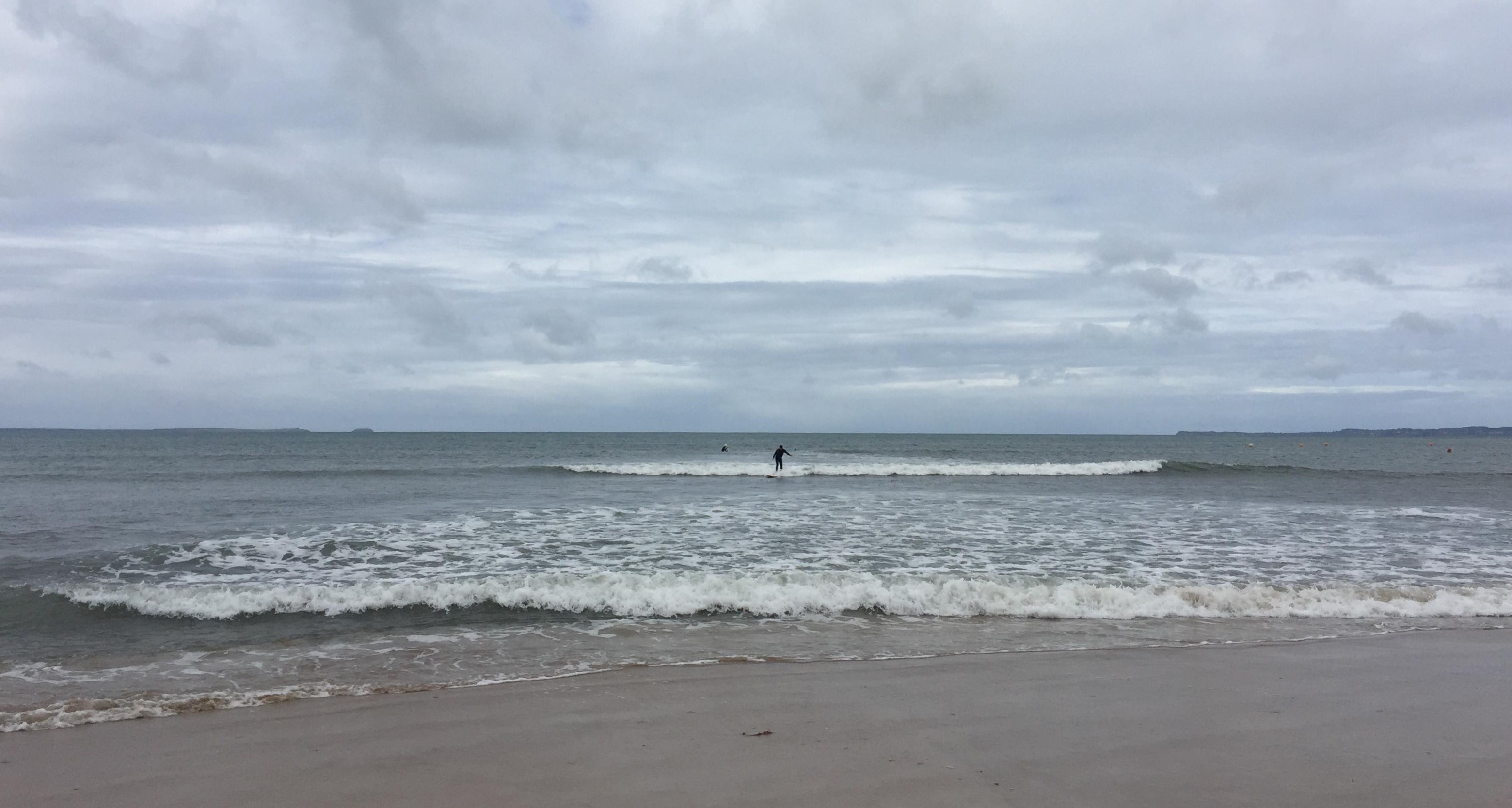 Westernport Bay is home to an internationally recognised biosphere, featuring mangroves and Ramsar-listed wetlands (both of which are becoming increasingly recognised for their natural carbon-capture capacity), as well as migration paths for various whale species.

The proposed AGL gas plant seeks to import frozen gas on ships moored at Crib Point in Western Port in a misguided attempt to prop up Australia’s broken gas market. Were AGL’s project to go ahead, seawater would be drawn from the ocean onto the floating offshore plant to heat the gas, spewing out chlorinated water waste at a cooler temperature. To achieve this, AGL is pressuring the EPA to loosen water regulations. Gas resulting from the dubious process would be transported through areas with significant biodiversity and bushfire risk, as well as through important farmland that forms part of Melbourne’s food bowl.

Additionally, Kawasaki's hydrogen export station is seen by many as an unwelcome attempt to further industrialise the bay. 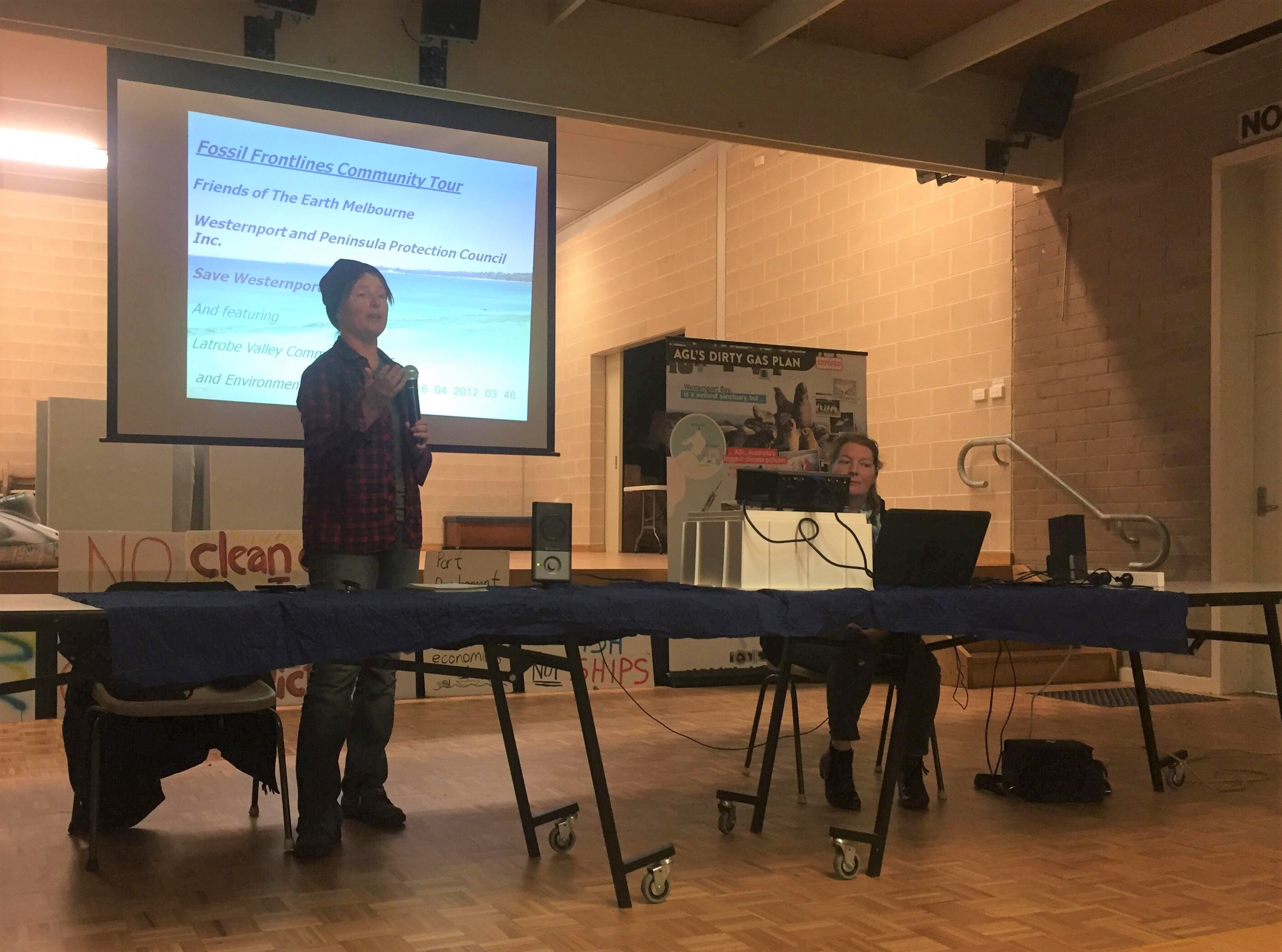 Kate from Energy Justice Victoria provided an update on the Fossil Frontlines Community Tour, as well as a brief overview of Victoria's broken gas market.

Chris Barfoot from the Latrobe Valley Community Power Hub offered a bevy of options for a more positive energy future. A third-generation former coal worker in a traditionally coal-heavy industrial area, Barfoot is convinced the industry is a ‘dinosaur’ kept alive by myopic state and federal government policy. He shared opportunities presented by community projects that can viably replace gas and coal for heating, energy, and industry employment.

Dale from the Crib Point Action Group outlined how local communities instead demand part of the formerly BHP-owned land, now languishing and disused, be rezoned and rehabilitated.

Julia from SaveWesternport and Adele from Environment Victoria’s campaign to stop AGL spoke about the unique environment and biodiversity of the region, threatened by industry and government’s failure to remain accountable to community concerns surrounding the projects.

Both the heating and transportation process for the imported gas have met with significant concern from the community, outlined by Karri from the Westernport and Peninsula Protection Council. 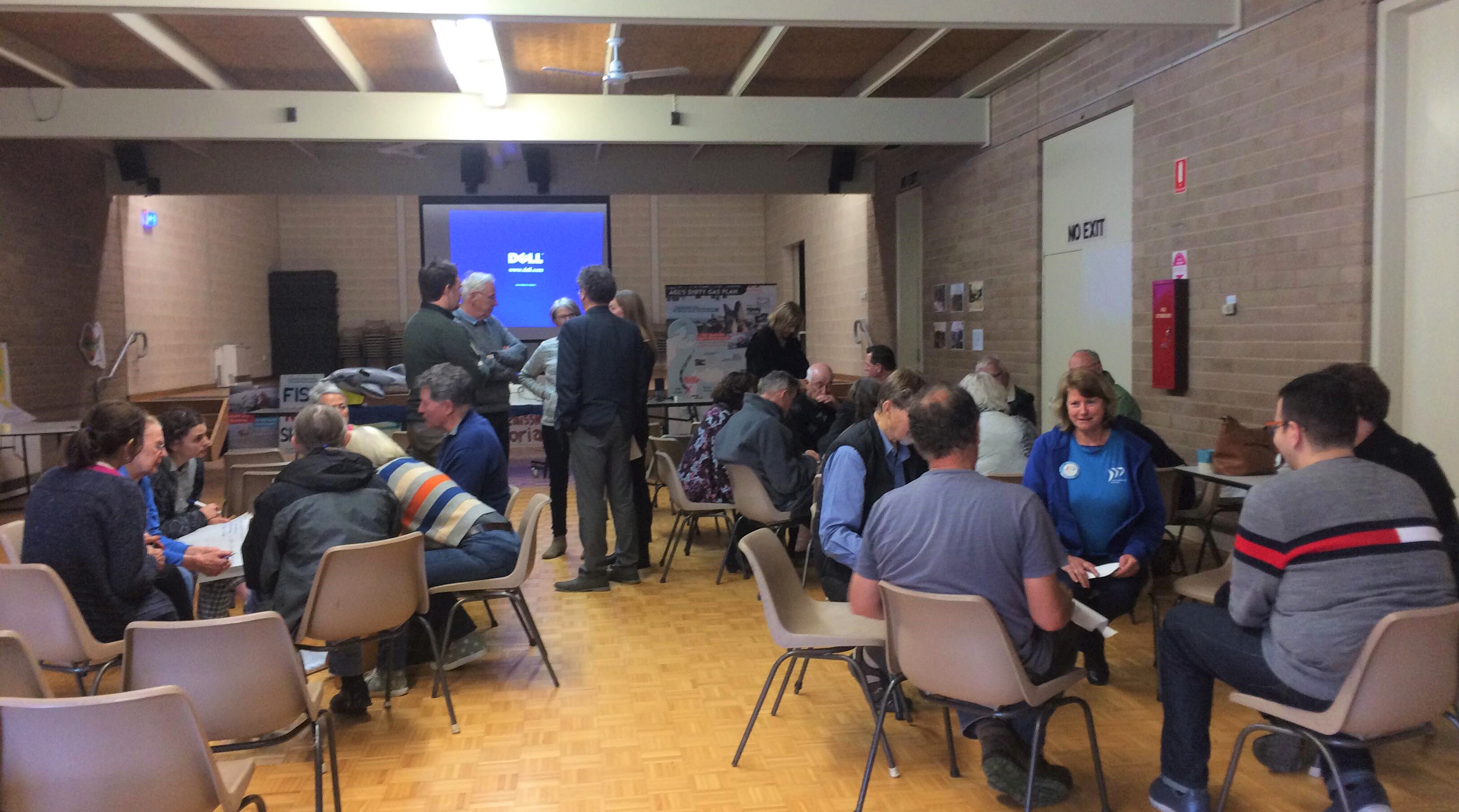 After the speakers, local community members broke into groups to discuss their particular concerns. With so many in attendance, discussion was diverse and wide-ranging. Common topics centred around marine life such as: unclear impacts of frozen gas heated offshore, spewing cold water into an ocean that has recently seen increased activity from whales and dolphins; threats to the unique mangroves that protect the beach from erosion; and the risk of invasive marine species entering the bay on ships transporting gas to the offshore AGL plant.

Yet locals also expressed hope for a positive energy future. Opportunities presented by the Latrobe Valley Community Power Hub inspired visions for similar projects in Westernport Bay, as well as ways to strengthen already-existent economies in ecotourism and sustainable marine farming. Better uses of government funding and policy power also included possible projects like walkways along the unique shoreline and Ramsar wetlands to support all-abilities bushwalking and bird-watching, and low-impact watersport clubs for locals and tourists.

Those present expressed how their fight for energy justice was united with those against extractive industry in Ninety Mile Beach and Seaspray, where EJV has visited over the past weeks. The message to vested interest behind AGL and Kawasaki was clear: there is no social licence for government and industry to prop up short-term extractivism that only benefits big business. Local communities and workers deserve just transition to renewable energy, ecotourism and regenerative farming.

The next stop on EVJ’s listening tour will in Latrobe Valley with community group A New Power, on Sunday the 3rd of November. You can follow and RSVP here

Energy Justice Victoria's work with frontline communities is made possible by generous donors. We are walking in Friends of the Earth Melbourne's annual Walk This Way fundraiser; you can make a tax-deductable donation here