No dump at Muckaty: ‘Today will go down in history’

In 2007, the Northern Land Council (NLC) proposed Aboriginal land at Muckaty, NT, north of Tennant Creek, for a national nuclear waste dump, despite the opposition of a majority of Traditional Owners. 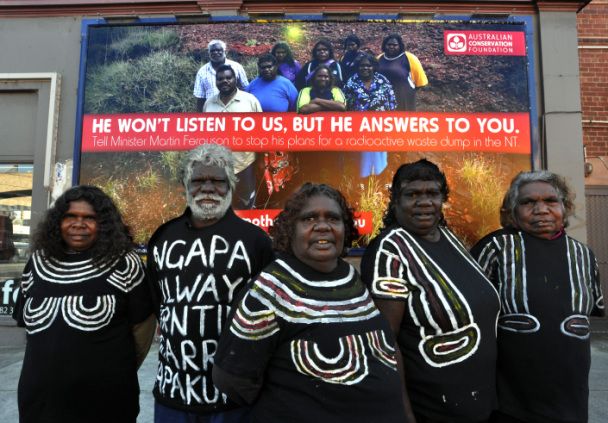 The nomination of the Muckaty site was made with the promise of $12 million compensation package comprising roads, houses and scholarships. Muckaty Traditional Owner Kylie Sambo objected to this radioactive ransom:

"I think that is a very, very stupid idea for us to sell our land to get better education and scholarships. As an Australian we should be already entitled to that."

Then Prime Minister Kevin Rudd highlighted the life-story of Lorna Fejo (a.k.a. Nanna Nungala Fejo) during the National Apology in February 2008. At the same time, the Rudd government was stealing her land for a nuclear dump. Fejo said: "Australia is supposed to be the land of the fair go. When are we going to have fair go? I've been stolen from my mother and now they're stealing my land off me." 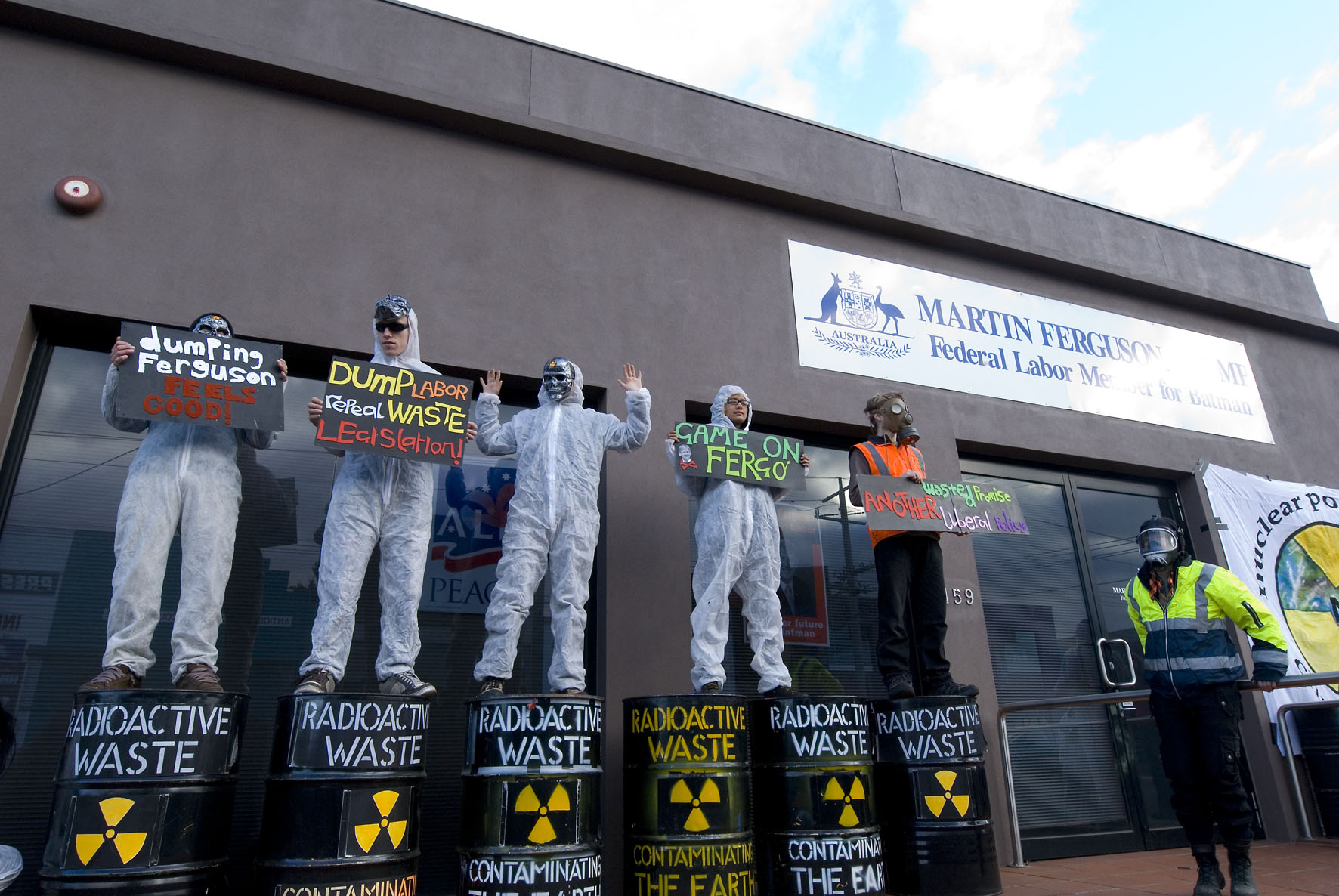 The announcement came just days before government and NLC officials were due to take the stand to face cross-examination. As a result of their surrender, the NLC and the government did not have to face cross-examination in relation to numerous serious accusations (see the June 2014 court reports) raised in the first two weeks of the trial ‒ including claims that the NLC rewrote an anthropologists' report.

"Today will go down in the history books of Indigenous Australia on par with the Wave Hill Walk-off, Mabo and Blue Mud Bay. The Warlmanpa Nation has won an eight-year battle against the might and power of the Commonwealth Government and Northern Land Council. Justice has prevailed and this is a win for all Territorians."

Lorna Fejo said: "I feel ecstatic. I feel free because it was a long struggle to protect my land."

Dianne Stokes, Milwayi kurtungurlu and Yapa Yapa kirtta said: “We want to thank the supporters around the world that stood behind us and made us feel strong. … If anyone else around the country wants support to stop a nuclear dump, we will come along and help them to go against the waste. We had so much support when we were struggling, if anyone calls we will go straight there."

Isobel Phillips said: "We kept going with the fight until we won our land back. Our heart jiggled with joy and smiled when we heard the good news that the government was not going ahead with the nuclear waste dump on our country. We jumped and we danced with excitement ‒ what a blessing. We are so happy, so strong and still smiling with pride." 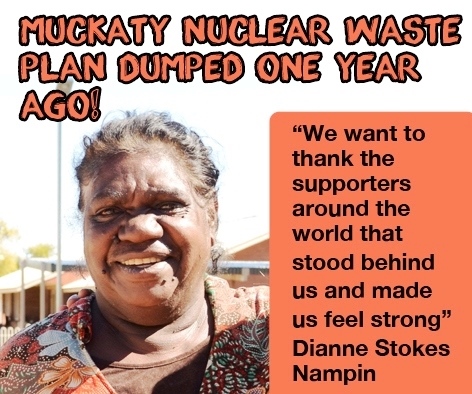 Friends of the Earth, ‘Muckaty Winnerz’ and other articles and submissions