In 2015, the South Australian government established a Royal Commission to investigate commercial opportunities across the nuclear fuel cycle. Royal Commissioner Kevin Scarce was ignorant, gullible and biased. Scarce said he would run a 'balanced' Royal Commission but an overwhelming majority of his staff appointments and appointments to the advisory panel were pro-nuclear.

Despite its bias, the Royal Commission rejected almost all of the proposals it considered on economic grounds (uranium enrichment, nuclear power, etc.) But it did promote the idea of importing vast amounts of intermediate- and high-level nuclear waste to South Australia as a money-making venture.

Then in 2016 the SA government initiated a 'Know Nuclear' state-wide promotional campaign under the guise of 'consultation', promoting the Royal Commission's proposal to import 138,000 tonnes of high-level nuclear waste (spent nuclear fuel from power reactors) and 390,000 cubic metres of intermediate-level waste.  As with the Royal Commission, the 'Know Nuclear' process was biased.

The SA government established a Citizens' Jury in late 2016, comprising 350 SA people. As with the Royal Commission and the 'Know Nuclear' process, the Citizens' Jury process was biased and tried to push participants towards voting 'yes' to the proposal to import nuclear waste.

But in November 2016, two-thirds of the Citizens' Jury voted 'no'. The Jury's report said:

"There is a lack of Aboriginal consent. We believe that the government should accept that the Elders have said NO and stop ignoring their opinions." 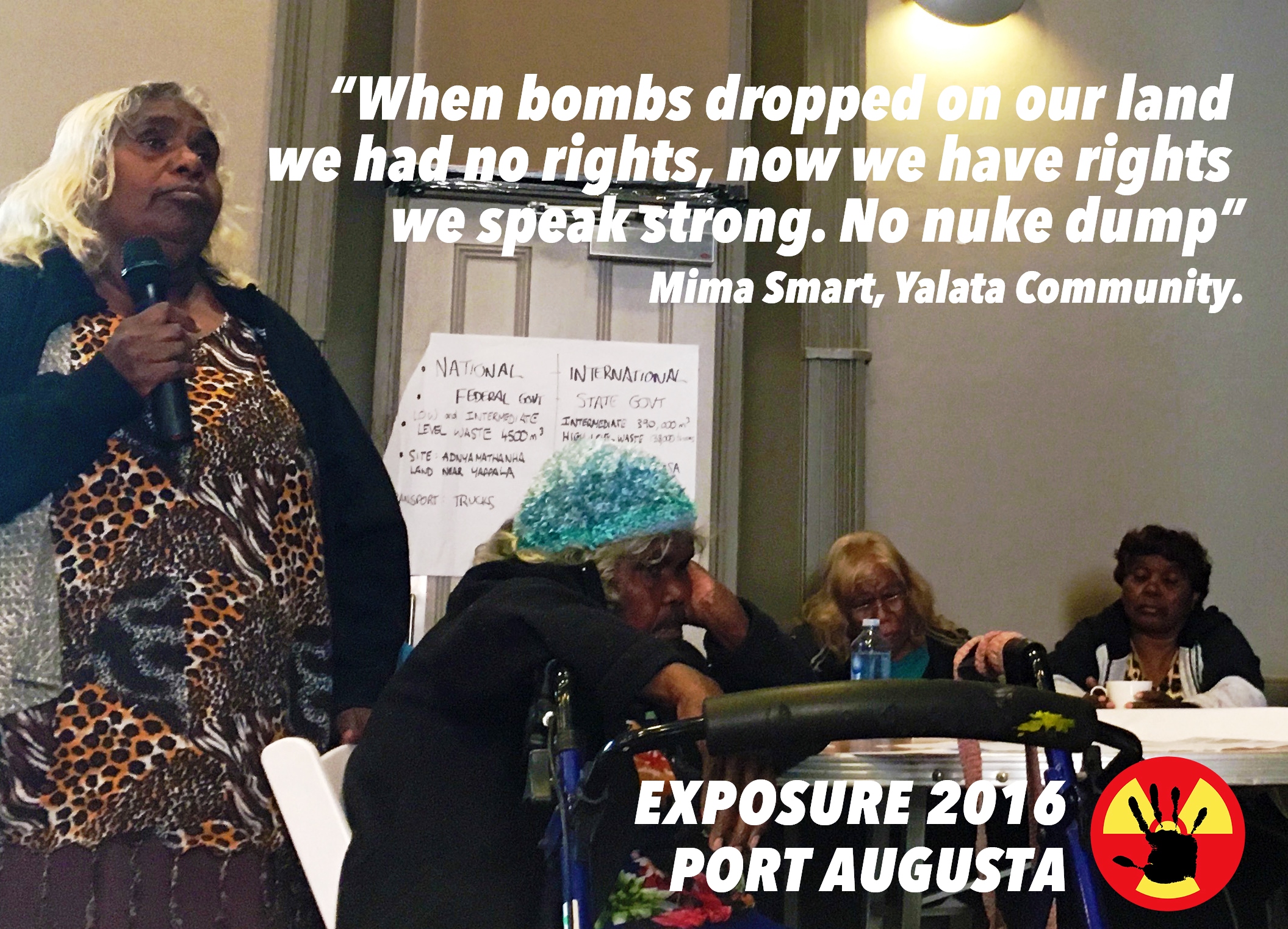 In November 2016, after the Citizens' Jury emphatically rejected the dump plan, SA Premier Jay Weatherill proposed a state-wide referendum. But that plan did not progress and in June 2017 the Premier said the plan was 'dead'.

In October 2017, a cross-party SA Parliament Joint Committee on the Findings of the Nuclear Fuel Cycle Royal Commission released its report with just one recommendation:

"That the South Australian Government should not commit any further public funds to pursuing the proposal to establish a repository for the storage of nuclear waste in South Australia." 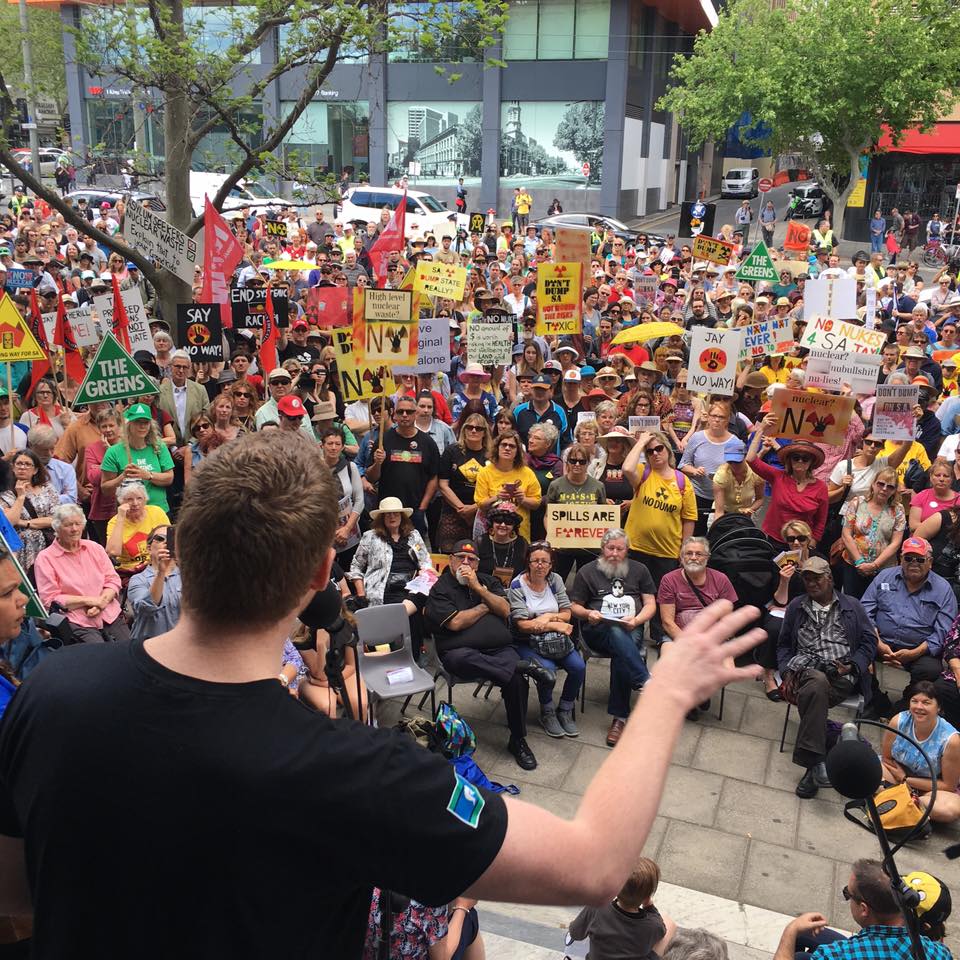 The SA Parliament's Joint Committee released a report by the Nuclear Economics Consulting Group which noted that the Royal Commission's economic analysis failed to consider important issues which "have significant serious potential to adversely impact the project and its commercial outcomes".

The most sickening aspect of the debate was the role of paid pro-nuclear propagandists masquerading as environmentalists – classic 'greenwashing'. The worst culprit was Ben Heard, whose corporate front group 'Bright New World' accepted secret corporate donations and continued lobbying for a nuclear dump even as it became clear there was no Aboriginal consent. Heard responded to Aboriginal opposition by getting rich white people to endorse a statement saying the waste import plan should go ahead anyway. 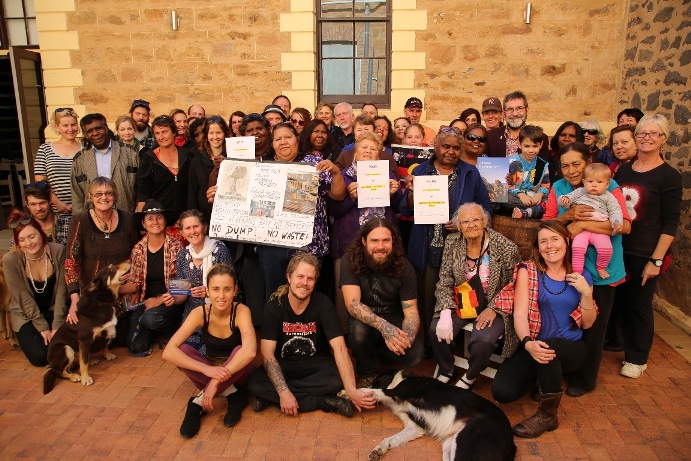 Stopping the nuclear waste import plan was a profound relief for Traditional Owners, environmentalists and many others.

Friends of the Earth was proud to play an active role in the campaign. We travelled to Port Augusta, Whyalla, the APY lands in the far-north of SA, and elsewhere. We wrote numerous media articles. We wrote a detailed submission to the Royal Commission and a submission in response to the Commission's preliminary findings. We wrote a detailed critique of the sham Royal Commission. We contributed written and verbal evidence to the SA Parliament's Joint Select Committee. We spoke at several sessions of the Citizens' Jury.

A book was released in February 2018 celebrating the successful campaign against the nuclear waste plan ‒ to read 'Standing Strong' online, click here.

Stand Up for SA - No Nuclear Waste Dumps Rally