A volunteer firefighter team for Victoria

There are many things that Victoria needs to do to be able to respond to the climate-driven fires that will become more common in coming years. Our list of ideas are available here. 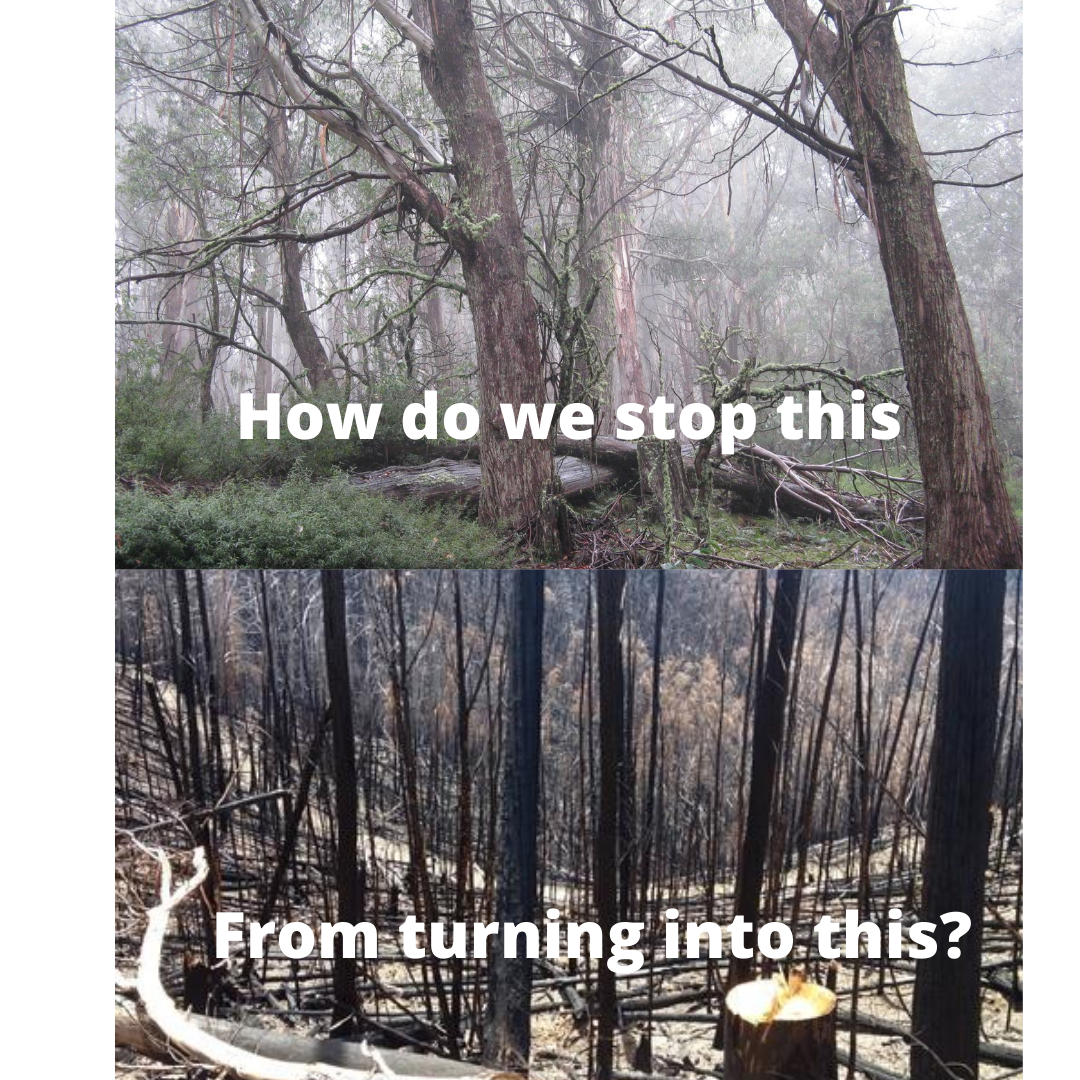 Victoria has a wonderful network of national parks, state forests, wilderness areas and other reserves. Sadly, ‘dry lightning’ strikes are causing more fires, often in mountainous and remote areas of our parks. Many of these grow into massive blazes that go on to devastate large areas of our parks.

The state firefighting authority - Forest Fire Management Victoria (FFMV) - does an outstanding job of protecting our public lands and putting these fires out, as do the air crews who often tackle remote area fires.

However as was shown during the 2019/20 'Black summer', we simply don’t have enough crews to stop these fires while they are small. We need additional remote area firefighters to protect our parks and wild places. In the Victorian state budget, which was released in November, the government committed $39 million to extra fire fighting capacity, which will include an additional 150 permanent firefighters, including what is called ‘first attack’ fire crews who are tasked with tackling small fires before they become huge blazes.

This is great and should be acknowledged as a solid investment in the future of the state.

In addition to this, we think that the Victorian government should establish a volunteer remote area fire fighting force to provide additional capacity.

The NSW Rural Fire Service (RFS) already has Remote Area Fire Teams (RAFT) that are composed of volunteer firefighters. They support the work done by NSW National Parks and Wildlife Service (NPWS) remote area crews. Many are members of local RFS brigades and turn out to ‘regular’ fires with their brigade but may also be called up for remote area firefighting.

There are also Rapid Aerial Response Teams (RART), which is a program within the RFS where specially trained firefighting teams are ‘placed on standby at appropriate times and in appropriate places, transported by helicopter to the scene of an incident when needed and, if necessary, transferred to the ground by winching or similar insertion.

There are around 500 RAFT firefighters who are available in bad fires seasons.

The ACT and Queensland also have volunteer teams. Tasmania has also established a similar volunteer force more recently, with a modest investment of less than $3 million, and which has now started operations in the field, with around 150 volunteers available.

There are various ways this new remote area force could be established in Victoria, but it makes sense to base it in the Country Fire Authority (CFA). Our understanding is that there is support within fire fighting agencies and government for such a team. What is required now is funding to make it happen.

Check here for a detailed story on how the volunteer teams could be established.

The Ministers who can make this happen are Jaclyn Symes, who is the Minister for Emergency Services, and Lily D'Ambrosio, who is the Minister for Environment and Climate Change. Please tell them that you support the proposal to establish a remote area volunteer firefighting team to compliment the great work that is carried out by our career firefighters. Tell them this will allow many new people to join firefighting efforts, especially people from Melbourne. Tell them that it will be a cost effective way to increase our ability to protect the parks and reserves that we love.

A simple polite message to that effect will have impact.

Or mention them on social media.

A simple message is fine:

I support the proposal for a volunteer remote area firefighting team for Victoria @JaclynSymes @LilyDAmbrosioMP. It will help protect our national parks and wild places. #climatefire

Thanks! It would be great to have this team up and running by next summer.

Our future is longer and more intense fire seasons. This team would provide a great opportunity for younger city based people, who live outside the normal 'catchment' of the CFA, to join firefighting efforts. Find out more here.

If you would like to know more about this proposal please feel free to get in touch: [email protected]

If this is the sort of thing you would like to be personally involved in (bearing in mind it would require a substantial time commitment to receive the required training and experience) you may want to express your interest here. We will use the numbers from this response, without any personalised details, to demonstrate to government the level of community interest in the program.