Victoria's Emissions Reduction Targets: What targets are needed & where are other jurisdictions headed?

The Andrews government will soon set the state's first Emissions Reduction Targets for 2025 and '30... And we have an opportunity to influence the final decision.

Friends of the Earth as called a Day of Action on Victoria's Climate Targets to ensure the Premier hears from the community in the lead up to his government's final decision.

The Day of Action asks community members to post a 'selfie' on social media with the target they'd like Premier Dan Andrews to deliver for Victoria.

To ensure we send an informed message to the government, here are some things to keep in mind...

The Intergovernmental Panel on Climate Change says the globe must halve its greenhouse gas emissions by 2030 to have any chance at limiting warming to 1.5°C and avoiding catastrophic climate impacts.

Yet the planet is already too hot. The horrific bushfires and smoke haze of summer 2019/20 cost the lives and livelihoods of people across the state, affected workers and communities, killed billions of animals and devastated the natural world.

If governments fail to rein in emissions—and quickly—then we will see more catastrophic events occur in the future.

The Morrison government's target to cut emissions by 26-28 percent by 2030 is woefully inadequate and widely criticised by environment groups. 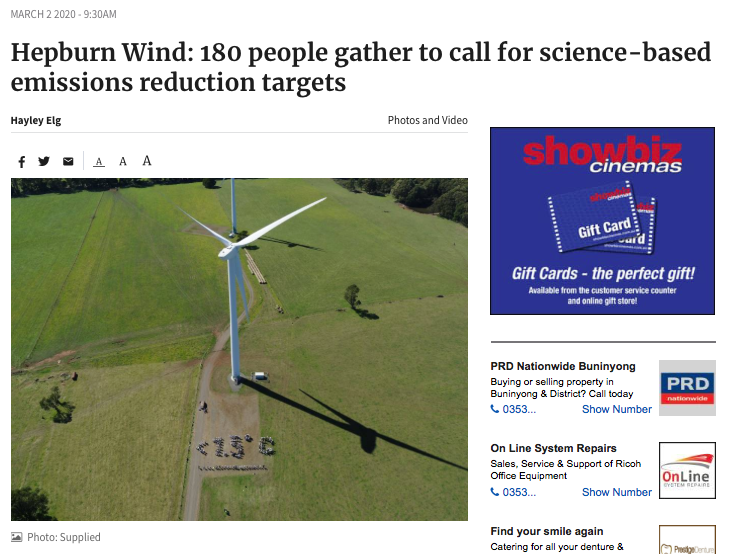 In fact, the Morrison government's climate targets are so weak that it would take Australia 373 years to reach zero emissions.

Will Premier Dan Andrews show the Federal Coalition what climate leadership looks like?

The European Union recently voted to increase its climate ambition and will cut emissions by 55 percent by 2030—up from 40 percent.

Can the Victorian Labor government demonstrate our state's climate leadership credentials and protect our exports from carbon border taxes?

Closer to home, the NSW Liberal government and Queensland Labor government have locked in paltry targets of just 30 percent by 2030.

Could the Victorian Labor government double the level of ambition and secure our state's leadership position?

The South Australian Liberal government has committed to cut the state's emissions by more than 50 percent by 2030.

Victoria's current emissions trajectory would deliver a cut of 50 percent by 2030, will the Andrews government accelerate the trend?

The Hon. Greg Combet's advice to the Andrews government shows that a cut of 67 percent by 2030 is needed to have any chance at keeping global warming below 1.5°C. Will the Premier take the advice of the former union leader?

The Victorian Trades Hall Council and the union movement has emerged as a champion of renewable energy and a just transition. The Trade Hall is backing a 67-75 percent reduction by 2030 from the Andrews government. 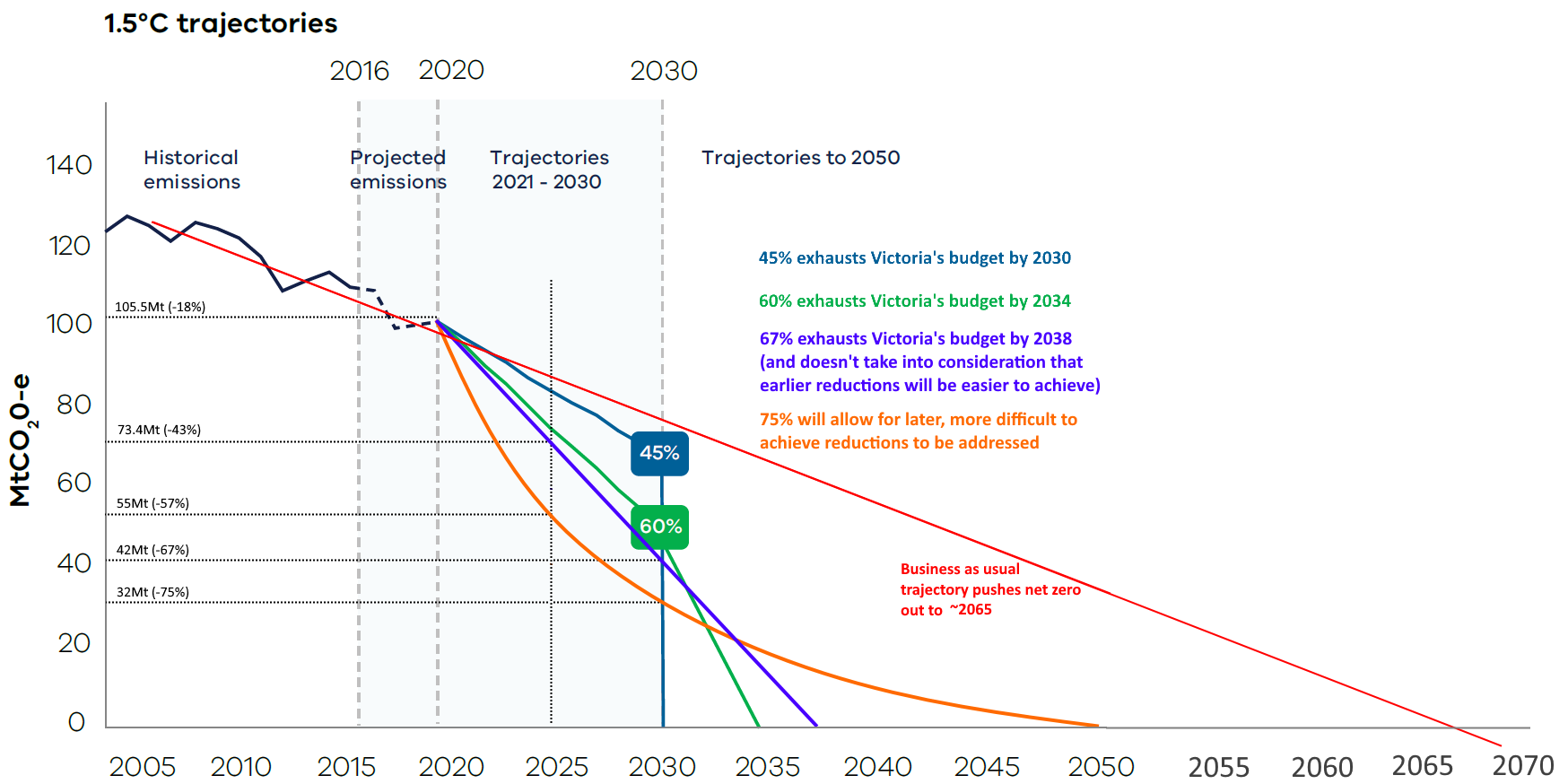 Friends of the Earth has been campaigning for science-based Emissions Reduction Targets since November 2017. The litmus test for the government is whether the targets are inline with the global goal of 1.5°C. A target of at least 75 percent is needed to give us improved chances of avoiding dangerous climate impacts.

The Climate Council say a the minimum level of ambition for the government should be a reduction of 60 percent by 2030. Our comrades, Environment Victoria, have called for a reduction of between 65-80 percent.

Research by the Breakthrough National Centre for Climate Restoration research suggests Victoria should reduce its emissions by 100 percent and start carbon drawdown as quickly as possible.

What targets would you like to see the Andrews government deliver for Victoria?

CLICK HERE to post a selfie and participate in the Day of Action for Victoria's Climate Targets!