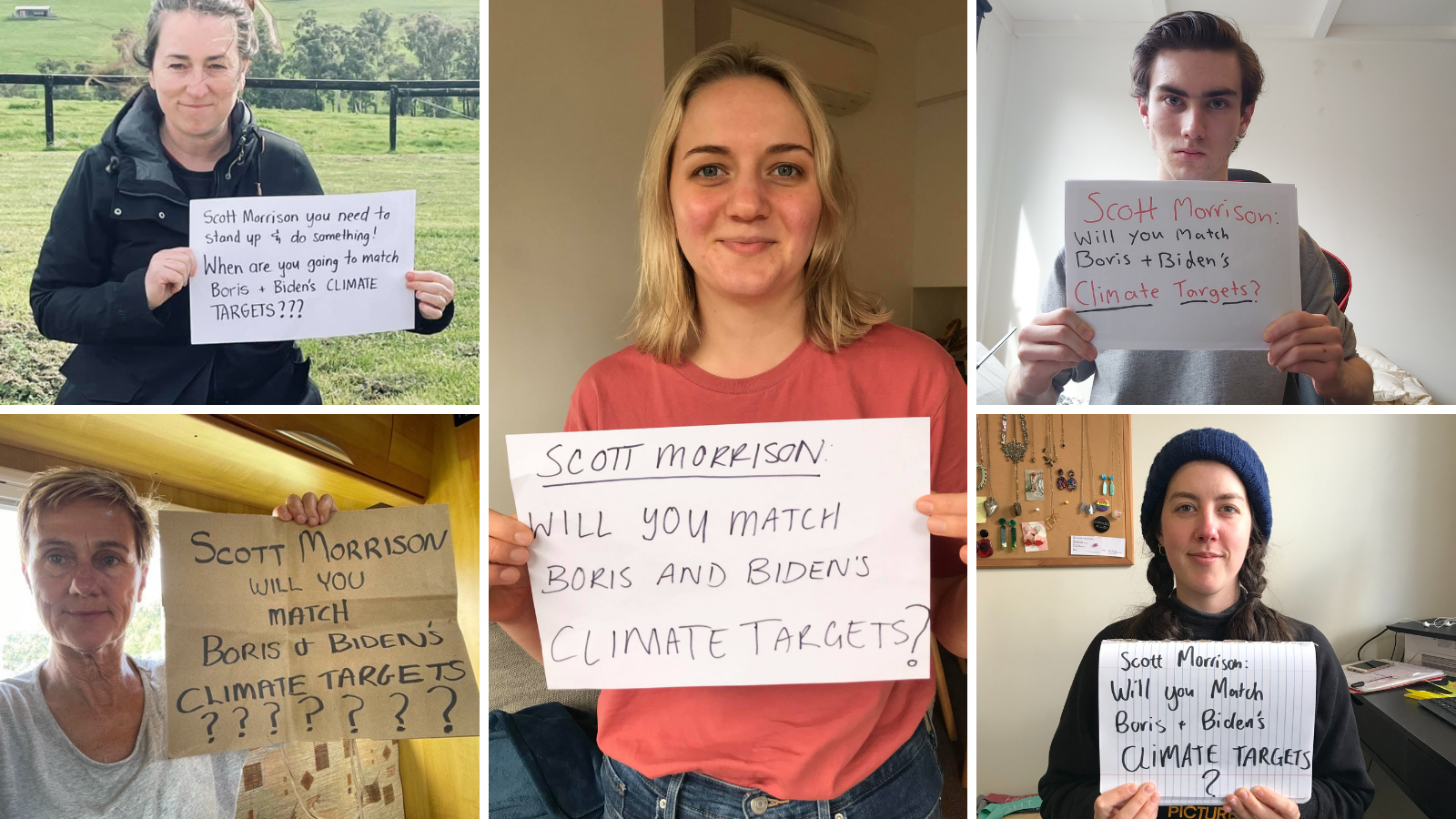 The United States and United Kingdom have increased their commitments to tackle the climate crisis this decade.

With scientists issuing a "code-red warning" to humanity, it's time for Australia to put its shoulder to the wheel!

Join the national Day of Action for Australia's 2030 Climate Target on Friday 1 October.

Call for Prime Minister Scott Morrison to take a strong 2030 target to the COP26 climate summit.

Here's how you can get involved:

With half the country in lockdown, we're organising a social media blitz to allow the community to have its say on Australia's 2030 climate target.

But we need your help to build a cache of 150 photos so we can kick off the day and make the #MatchBorisAndBidenOnClimate hashtag go viral.

STEP 1: Prepare your message for the Prime Minister or nominate the specific 2030 target you'd like to see for Australia. (E.g: "Scott Morrison, will you match Boris and Biden's climate target?" or "Zero emissions by 2030"). Check out the Climate Council's research on what targets are needed.

STEP 2: Take a COVID-safe selfie, or if it's safe to do so, organise a group photo for the day or get creative.

STEP 3: Upload your photo via this webpage to appear on the Day of Action 'selfie wall' and our social media channels.

The Day of Action is being organised by Friends of the Earth Melbourne's Act on Climate collective and is supported by the following organisations: