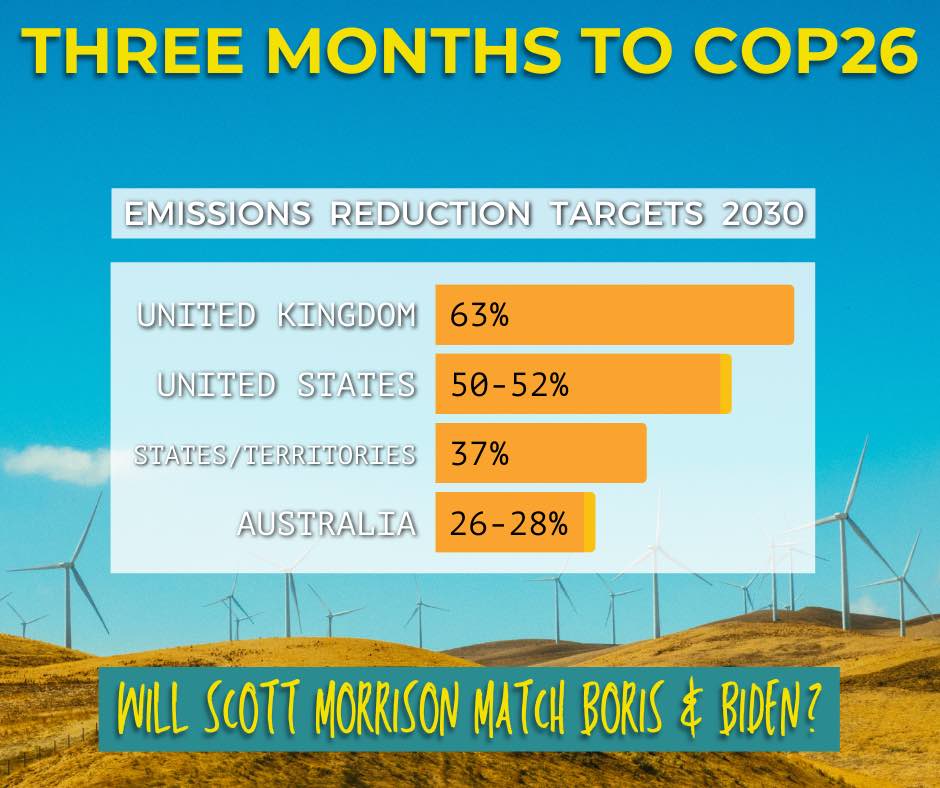 The critically-important COP26 climate summit is just three months away, and expectations to increase 2030 targets are growing.

Will Morrison take a strong target to the summit or stick with the weak target set by Tony Abbott back in 2015?

Act on Climate are turning our attention to the issue. But we will need a lot of help to have impact during this critical period.

HAVE YOUR SAY ON VICTORIA'S FIRST CLIMATE ADAPTATION ACTION PLAN: 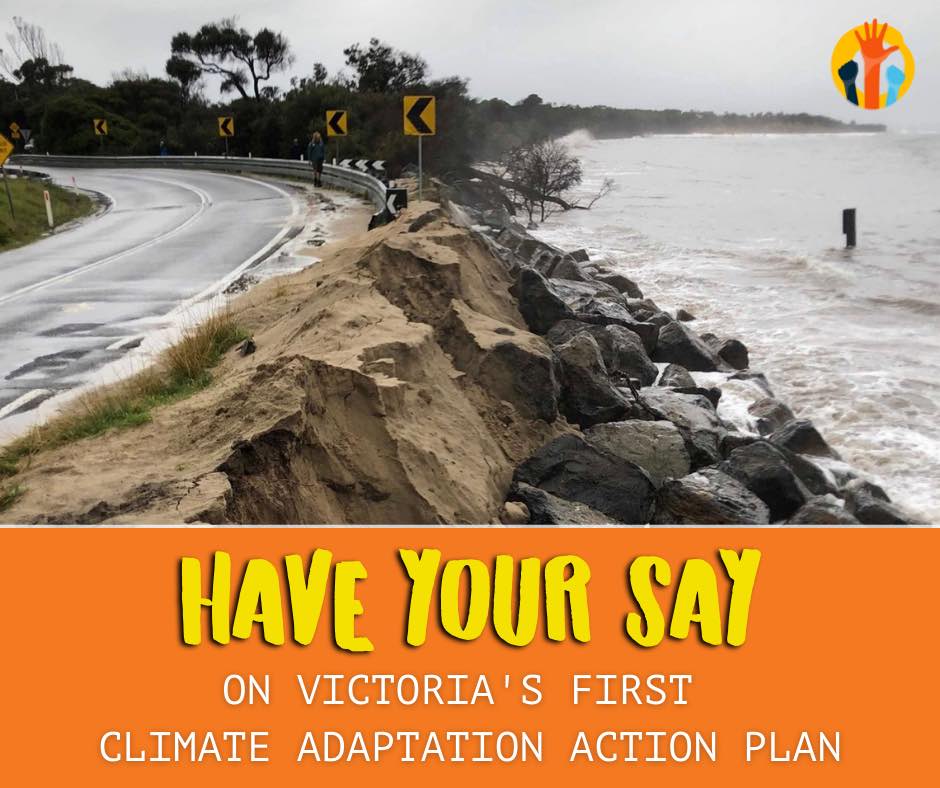 The Andrews government is now preparing Victoria's first climate Adaptation Action Plans. And the community has an opportunity to shape the outcome.

When it comes to tackling the climate crisis, it's obvious that an ounce of prevention is worth a pound of cure.

The bulk of Friends of the Earth's climate justice campaigning has been, and remains, on securing policies that deliver deep emissions reductions. We're campaigning for offshore wind, improved public transport, greater protection of native forests, and more.

Unfortunately, due to the slow pace of action from governments, we must now prepare for climate impacts that are now locked in. That means we must have an eye on climate adaptation policies to ensure they help communities and ecosystems cope with intensifying heatwaves, bushfires, extreme weather, and rising sea levels.

The submission process has not been highly-publicised. It closes on Friday 6 August.

CLICK HERE for more information on the process and how to have your say. 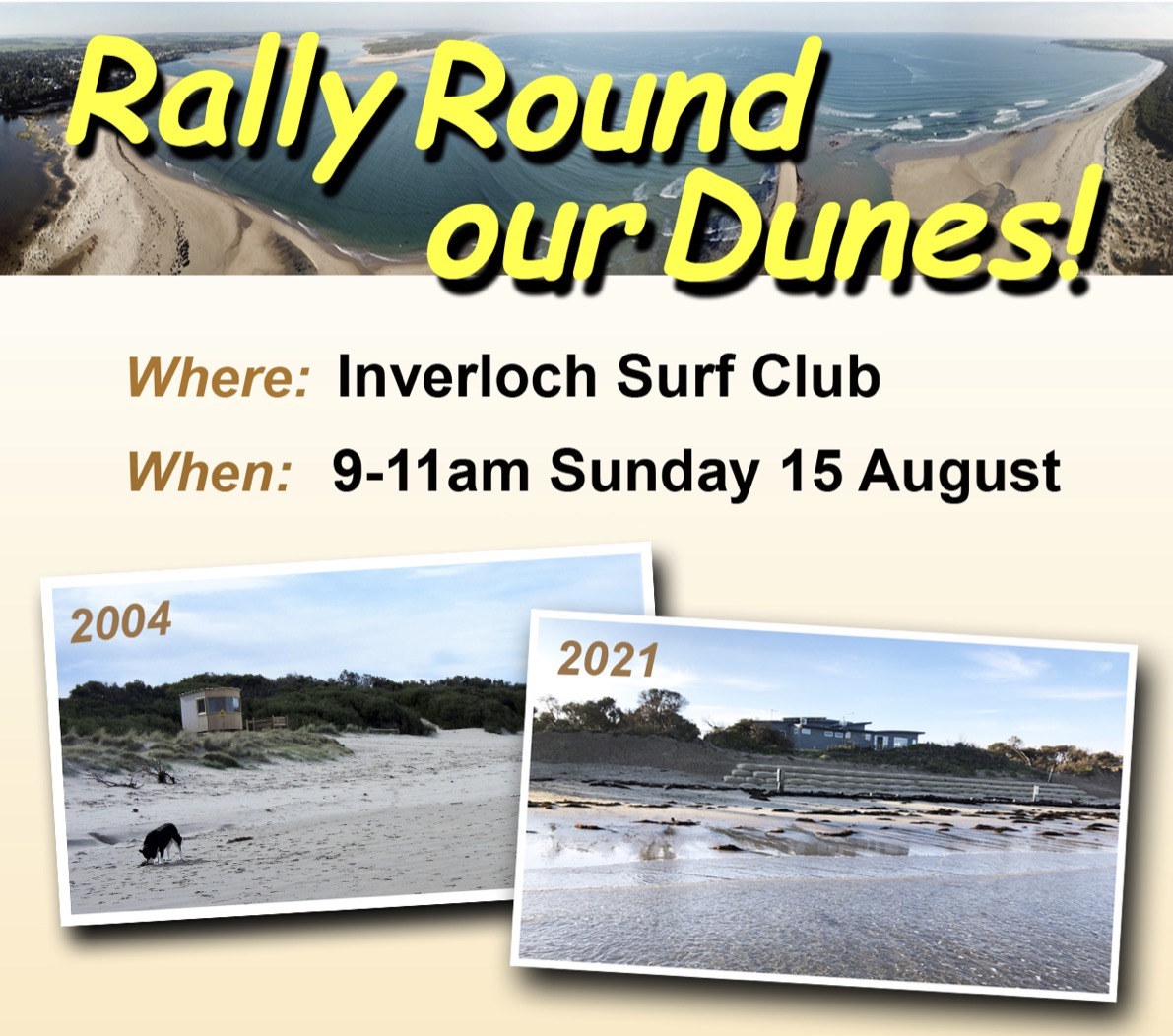 Inverloch is on the frontline of climate impacts on the coast. The surf beach has lost 40 percent of its dunes since 2012 and has seen emergency interventions to protect infrastructure from permanent damage.

The South Gippsland Conservation Society and community members will rally on Sunday 15 August to sound the alarm about the state of the dunes. Attendees will be forming a line to mark the original line of dunes, secure press to take the issue to a wider audience, and encourage greater action from the authorities.

The Act on Climate collective will be there to back them up. Will you?

Act on Climate will be on the ground in Liberal heartland seats to ramp up pressure on Morrison government ahead of COP26.

We need to see the Prime Minister match the targets set by the United Kingdom and United States or beat them!

We're going to need a lot of help to have impact in coming months, so please join us for two campaign info sessions to hear about our strategy:

Help us build momentum by signing our new online petition and sharing our Facebook and Twitter posts.

The Latrobe Valley has long been home to the state's ageing coal-burning power plants and is on the cusp of securing its first wind farm... But only if we take action!

The Victorian government is now taking public submissions about the proposed Delburn wind farm. It's essential for the community to have its say on this project of state significance.

If approved, the Delburn wind farm will:

Will you help continue the Latrobe Valley's transition to renewable energy and lock in jobs by making a submission in support of the Delburn wind farm? 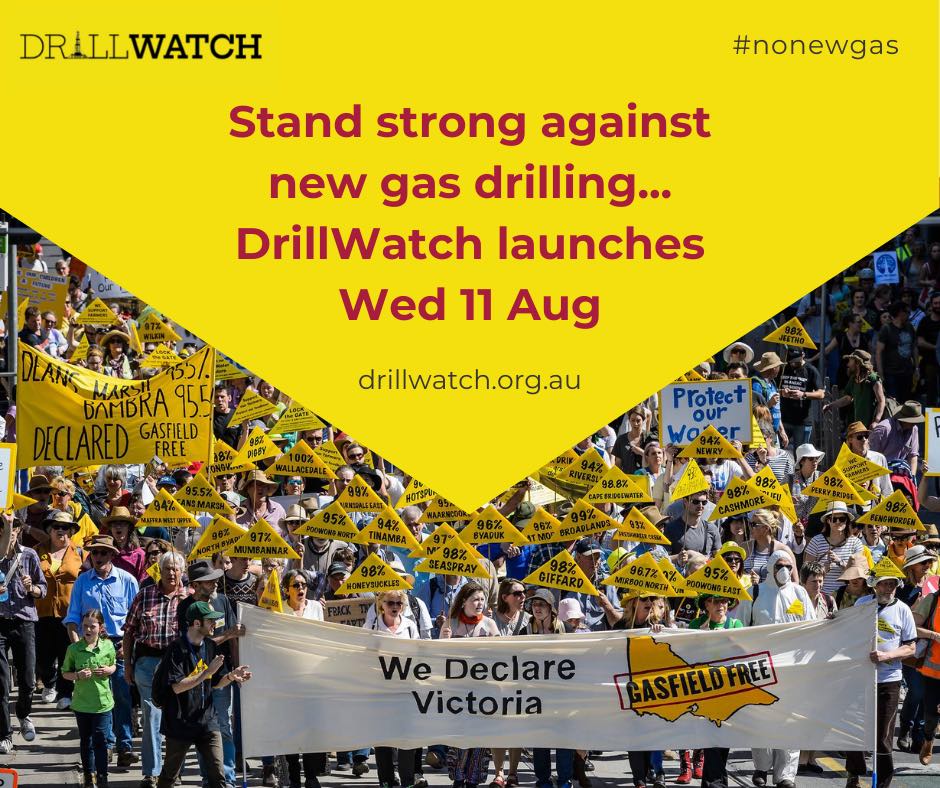 The Climate Justice event calendar is packed this August. We'd love to see you at the following: