Act on Climate Update: Climate Blockers on the Backfoot in Vic

Australia's emissions have increased *again* on the Federal Coalition's watch.

The conservative government’s refusal to tackle the climate crisis leaves communities exposed to intensifying climate impacts, such as the record-breaking heat in East Gippsland on the last day of October.

Meanwhile in Victoria, the Andrews government has less than five months to set Victoria’s first interim Emissions Reduction Targets. Momentum is building for targets that are bold and ambitious.

HOLDING CLIMATE BLOCKERS TO ACCOUNT DURING THE SPRING REBELLION: 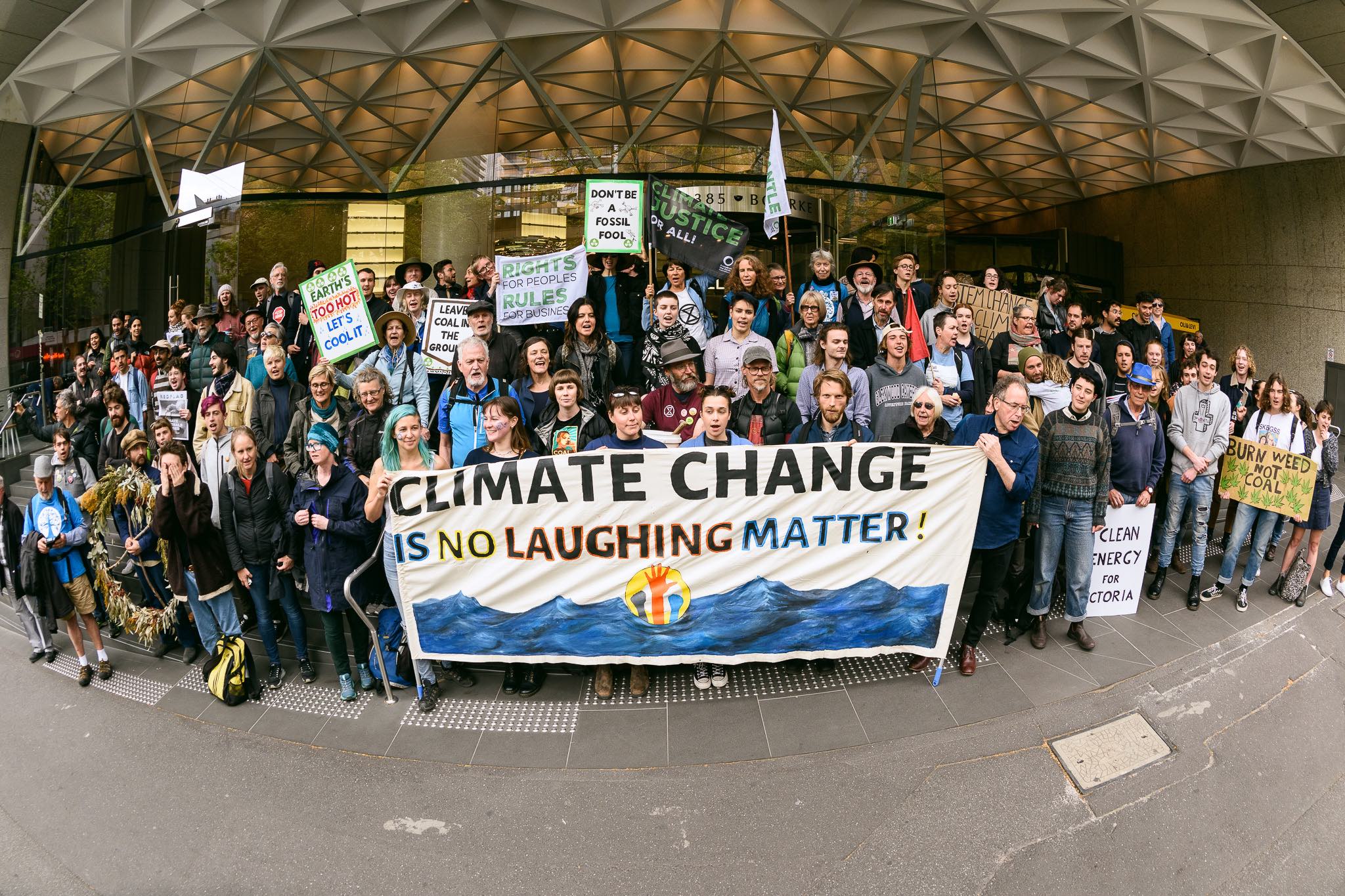 Fossil fuel company EnergyAustralia is gaining a reputation for undermining state efforts to tackle the climate crisis and rollout renewables.

It’s why Act on Climate called a snap action at their corporate headquarters during Extinction Rebellion’s 'Spring Rebellion'.

The 200 or so people in attendance sent a strong message to the big polluter: Get on board with Victoria's efforts to tackle the climate crisis or get out of the way!

The following day, Climate Detectives popped up at the State Library where an EnergyAustralia representative was giving a presentation. Several hundred flyers were distributed among the audience to ensure they were immune to EnergyAustralia’s spin.

We will be keeping a watching brief on Climate Blockers in Victoria in the lead up to the government’s decision on Emissions Reduction Targets.

CLICK HERE for some great pics from the snap action and march to Parliament House. 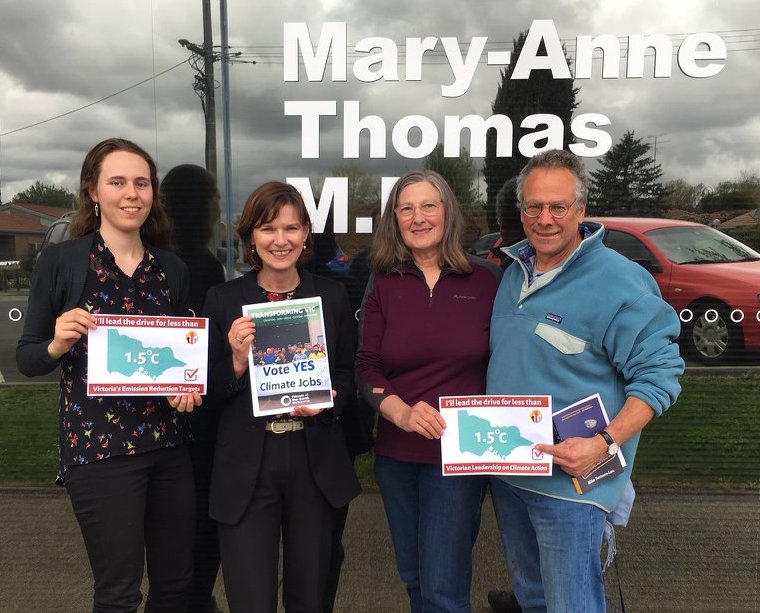 We know the big polluters and industry lobby groups are pushing the government to weaken climate policy. It’s why we undertaking a community-led lobbying blitz of Labor parliamentarians.

It’s essential they hear the truth about the climate crisis before making a decision on Emissions Reduction Targets for 2025 and ’30.

We need your help to meet more Labor MPs in the final months of the year. Please contact Ruby if you’d like to meet with your local Labor MP: [email protected] 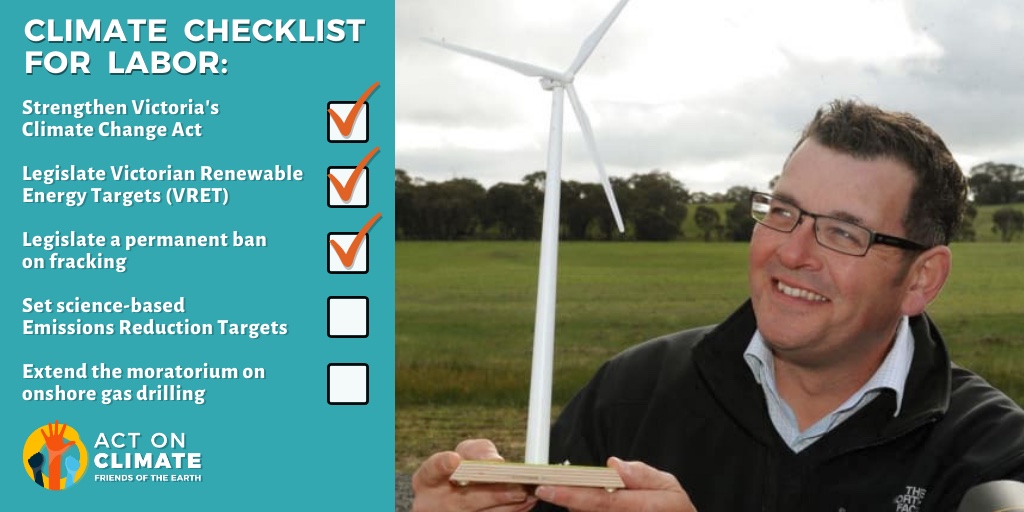 On October 30, the Andrews government’s increased Renewable Energy Target of 50 percent by 2030 became law. The increased ambition was against the wishes of those hostile to state climate and energy policy (you know, Angus Taylor and EnergyAustralia).

As RenewEconomy reported: "Friends of the Earth Melbourne said the passing of the legislation was a welcome step to 100 per cent renewables, and would also clear the way for the Andrews Labor govt to set strong climate targets in line with the Paris goal of limiting global warming to below 1.5°C."

The Labor govt has ticked some boxes on things we're working on. But there's a lot more work to do when it comes to tackling the climate crisis. 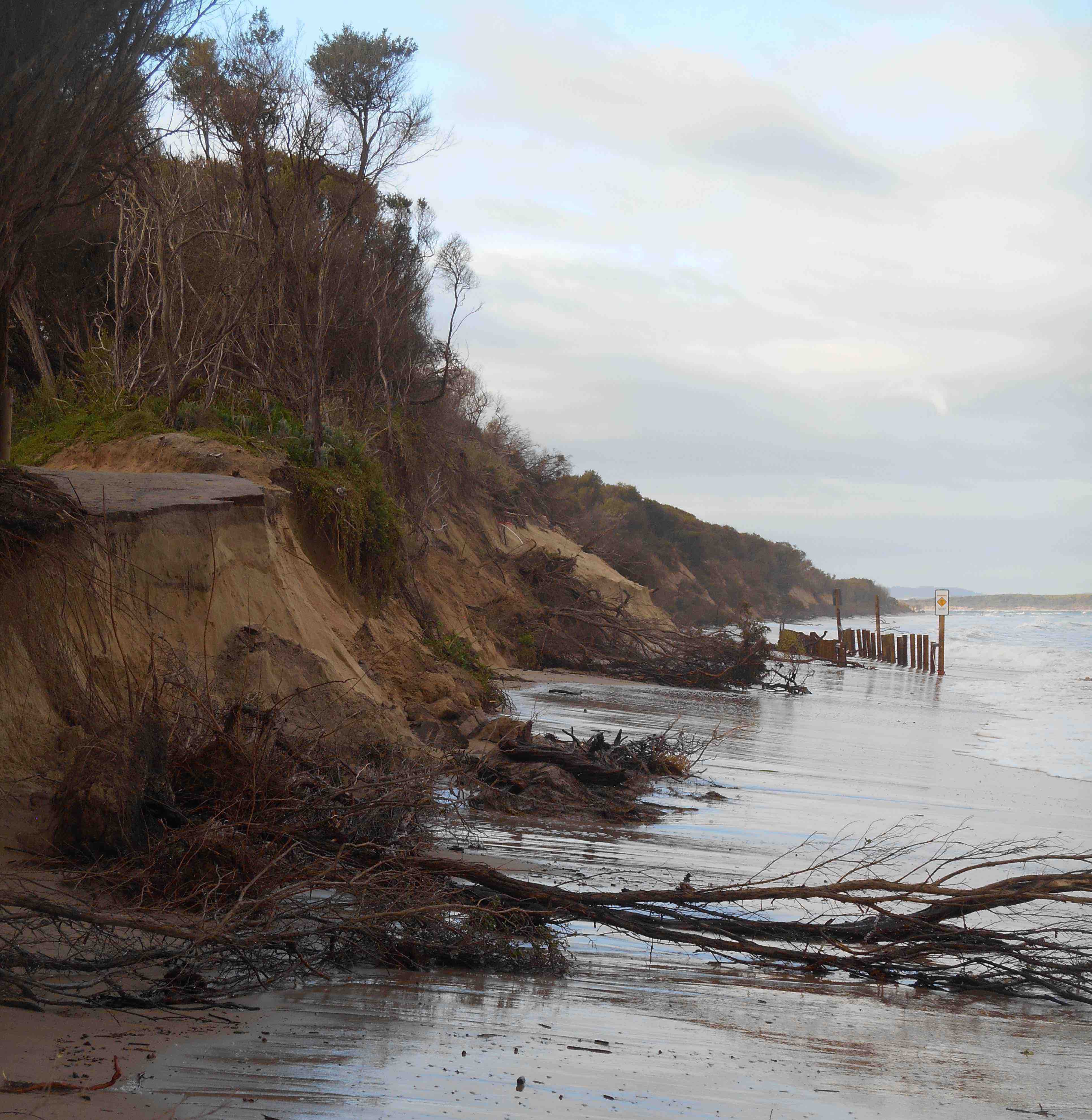 The state government will provide $1.15 million in emergency funds to help arrest dramatic beach erosion occurring in Inverloch on the Bass Coast. The announcement comes in response to a community campaign on local climate impacts.

Bass Coast citizen scientist Aileen Vening has documented over 40 metres of beach erosion from rising sea levels and intensifying storm surges since 2012. Vening’s work has gained significant media attention and was presented at a town hall meeting attended by over 150 people in June.

The funding shows Labor is increasingly aware of local climate impacts and prepared to act, but must show greater leadership when it comes to cutting emissions.

CLICK HERE to read our blog responding to the announcement. 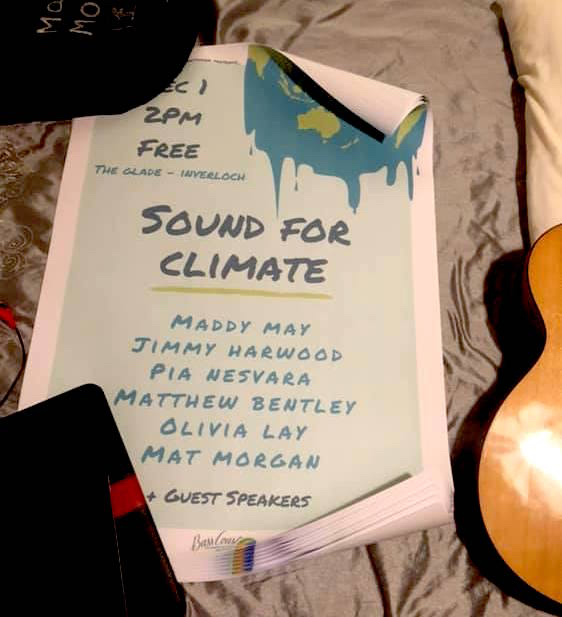 The coastal town of Inverloch is on the frontline of climate impacts in Victoria. It'll take more than bandaid fixes to deal with the issue. Deep emissions cuts are needed to limit damage in the long term.

Friends of the Earth and the Bass Coast Climate Action Network are holding a community concert on Sunday 1 December to sound the alarm about the climate crisis. We're enlisting the support of musicians and special guest speakers to take our call for action to the masses.

Your donation will help us cover the costs of the event, including: stage hire, sound equipment, printing, medics, water trailer, advertising, and travel costs for performers, etc.

CLICK HERE to make a tax-deductible contribution to our crowd-funding campaign. 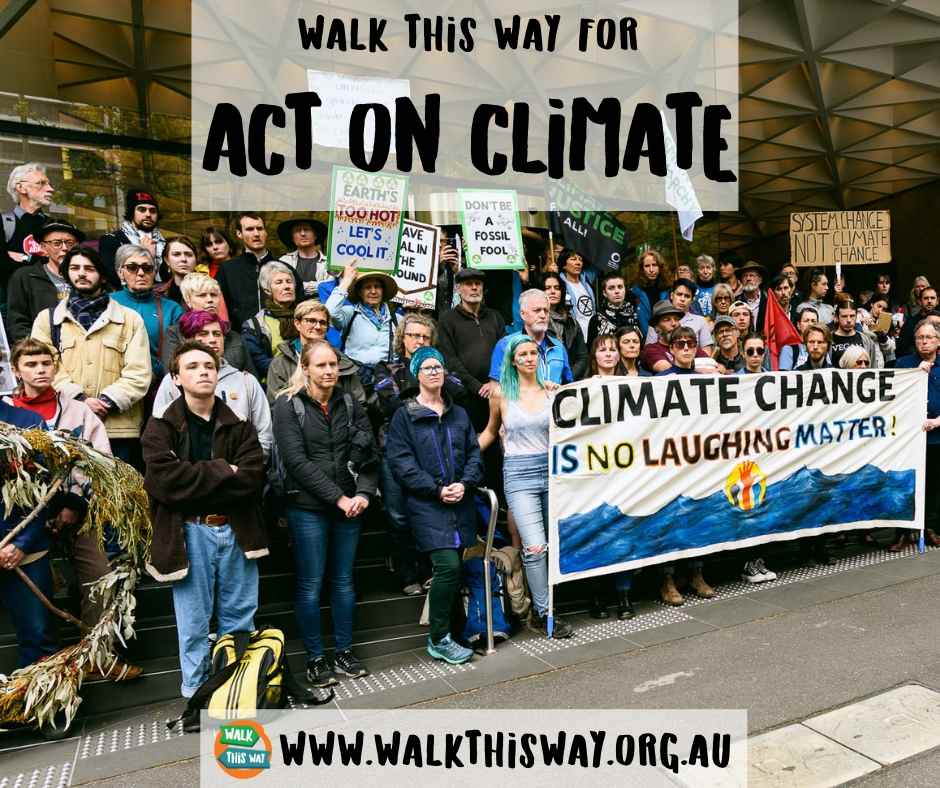 Our community campaign for climate action is only possible with the support of Friends of the Earth Melbourne. So help us give a little back by signing up to Walk This Way—a 15km along Melbourne's Capital City Trail to celebrate transformative communities.

Participants will take actions and hear from special guest speakers from Market Forces, CERES, and Cooperative power along the way... All while raising some much-needed funds for FoE—the home of grassroots environmental activism in Victoria.

If you can’t make it, please chip in to the Act on Climate collective’s fundraising effort.

There are plenty of fun events coming up in November and beyond. We'd love to see you at the following: