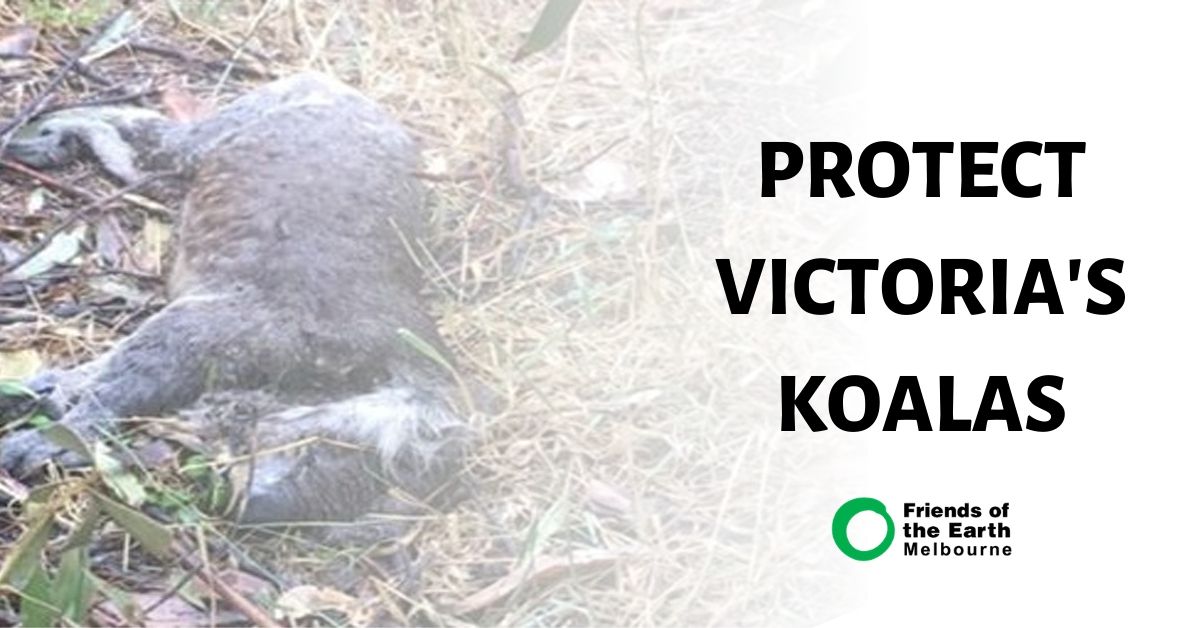 Friends of the Earth have been overwhelmed with calls from the community keen to take action after hearing about this awful story.

The matter must be referred to the police by the DELWP. The guilty party would be up for charges under the Wildlife Act (1975) Act. Under the Act, the maximum fine is $8,059.50 and/or 6 months imprisonment, with a further $809.95 per animal killed.

Recently in Gippsland, farm worker Murray James Silvester was fined $2,500 and jailed for 14 days for poisoning 406 wedge-tailed eagles. The maximum penalty Silvester faced for killing so many eagles was more than $350,000 or six months' jail.

Protect Strzelecki koalas under the Flora and Fauna Guarantee Act

For several months, Friends of the Earth and supporters have been calling on Andrews government to amend the Flora and Fauna Guarantee Act (1988) to allow Victoria’s only endemic species of koala, the Strzelecki, to be granted its protection.

The Strzelecki Koalas are descendants from the original koala gene pool in Victoria. Translocated koala populations elsewhere in the state however are descendants of only a handful of animals.

Currently, the Strzelecki koala has no formal protection under Victorian legislation, other than the Wildlife Act.

Back in 2013, Australians were outraged by a disturbing number of koalas being killed and injured by loggers in timber plantations. In January 2017, the Victorian State Government announced mandatory reporting of koala deaths and injuries in South West Victoria. Potentially thousands of animals may have been killed or maimed.

The Andrews government needs to investigate animal kills related to plantation activity, including looking at plantation company responsibility for displaced animals. These findings should be made public and any infringements investigated by the relevant authorities.

Koalas found in South West Victoria are descended from translocated animals whose populations have been seriously impacted by plantation behaviour.

The Andrews government needs to work with koala experts and community groups to determine a long term plan for these koalas.

Now more than ever koalas are facing huge pressures on multiple fronts, Friends of the Earth are working with citizen scientists, experts and community groups to ensure that future generations will share the planet with this iconic species. Daniel Andrews needs to take urgent legislative action now to protect koalas, and commit to working with experts to ensure the koala’s survival.