Seaspray is a small Victorian coastal town on the southern end of beautiful Ninety Mile Beach, around 32 kilometres south of Sale. A member of the Lock the Gate Alliance, Gasfield Free Seaspray was integral to the statewide campaign from 2011 to 2017 that gained the historic fracking ban from the VIC Labor government.

This moratorium will expire and be reassessed in June 2020. 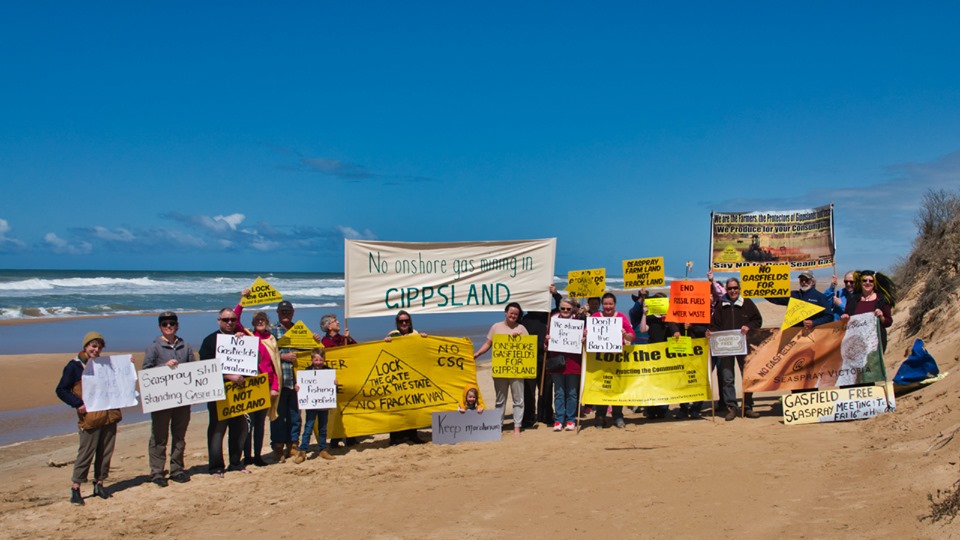 Energy Justice Victoria members visited the area to hear local community views on the potential lifting of the moratorium. First, EJV watched locals of all ages assemble on the white-sand beach to stage an action calling on Premier Daniel Andrews to #ExtendTheMoratorium and permanently protect their homes and livelihoods from the impacts of onshore gas exploration.

Then, EJV met with community members at the local surf club to hear their concerns surrounding the possible lifting of the moratorium, as well as their alternative vision for energy and sustainability  in the region.

Locals discussed risks such as the contamination of vital water for farmlands that supply food for the local area and beyond, the likelihood that farmers will have to deal with remaining infrastructure when gas companies vacate the land, as well as environmental degradation that would affect local tourist attractions like Ninety Mile Beach. 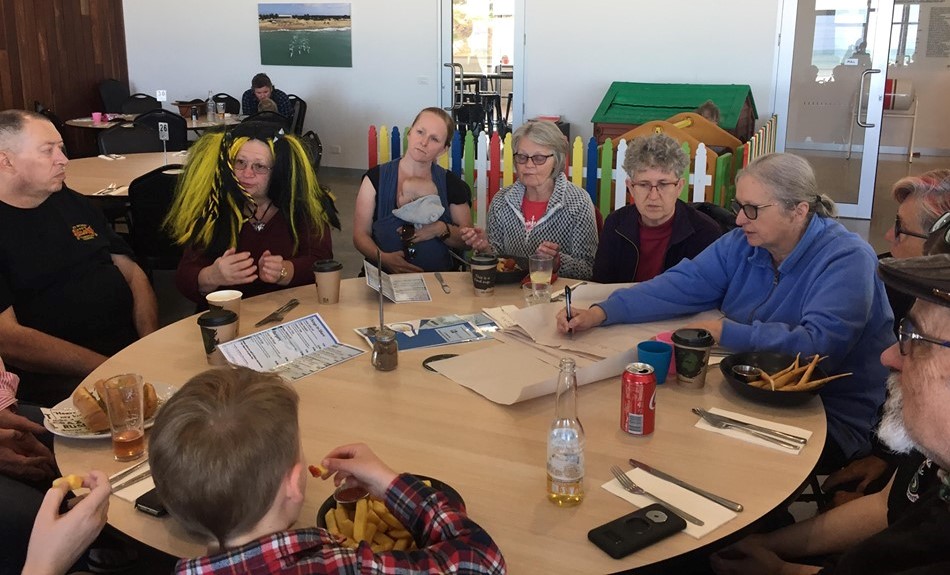 Rather than gas projects that will degrade precious land and water, concerned citizens expressed hope for projects that safeguard the economic and environmental sustainability of their region. They discussed regenerative farming to meet growing demands for sustainably grown products and pointed to the nearby offshore wind farm project Star of the South off the coast of Gippsland. The wind farm will power a significant number of homes in Victoria from a connection point in the Latrobe Valley, providing jobs for the local community through initial construction as well as future maintenance and energy processing.

Members of the Seaspray community also expressed concern about the waste-carbon injection CarbonNet project, which is located off Ninety Mile Beach near the town of Golden Beach. The next stop on Energy Justice Victoria’s listening tour will be at Golden Beach on Saturday the 19th of October.

For more information and to get involved, you can follow and RSVP here