Over 150 Victorians rallied outside the offices of EnergyAustralia on Monday 7 October showing their frustration with the company's public comments on state climate and energy policies.

Community members sent a clear message to EnergyAustralia, the owner of Australia's most polluting coal-burning power station: "Get on board with Victoria's efforts to tackle the climate crisis or get out the way."

The protest comes following the latest IPCC report which paints a disturbing picture of climate damage. Sea levels could be 110cm higher in 2100, and extreme events will hit the coast once a year by 2050. The report underscores the need to keep global warming below 1.5°C.

The action began with a speech from Bass Coast resident Mat Morgan. Mat has seen coastal erosion first hand with his local beach in Inverloch losing 43m of shoreline since 2012—putting the surf lifesaving and a local road at risk.

Campaigners from Friends of the Earth and Environment Victoria made the case for cutting pollution, investing in renewables, and taking bold and ambitious action on climate.

Once speaker noted that EnergyAustralia (formerly know as TRUenergy) received $266 million compensation when the national carbon price was introduced in 2012. It kept the kept the money despite the fact the carbon price was repealed. Friends of the Earth say this money should be returned to cut emissions and help communities cope with climate impacts.

The snap action was called in response to EnergyAustralia's recent actions that undermine Victoria's efforts to rollout renewable energy and tackle the climate crisis. 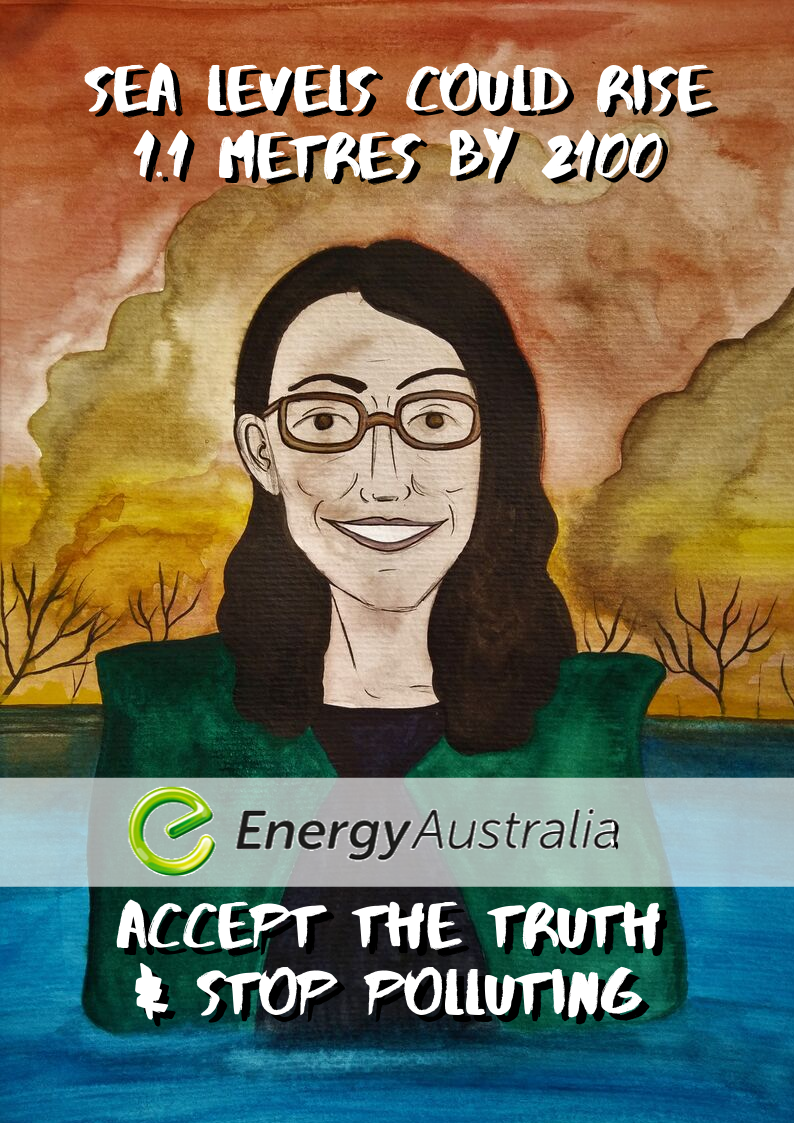 In July, EnergyAustralia made a submission to the state government that failed to support science-based Emissions Reduction Targets that keep global warming below 1.5°C.

Later in August, CEO Catherine Tanna featured in conservative and business newspapers to complain about the Emissions Reduction Targets and the Victoria Renewable Energy Target.

Friends of the Earth’s Act on Climate collective is putting all big polluters and industry lobby groups on notice following the Climate Blockers tour earlier this year.

With the urgent need to cut emissions, it is crucial that Premier Dan Andrews and the state government stand firm against pressure from fossil fuel lobbyists and instead listen to communities on the frontline of climate impacts. The latter should be front of mind for the government when setting the state's first interim Emissions Reduction Targets for 2025 and '30.

Following the Monday’s event and the Climate Strike attended by over 150,000 Victorians, it is clear that if Premier Dan Andrews shows leadership on climate action and set bold and ambitious Emission Reduction Targets the community will support him.

Friends of the Earth will continue to keep a watching brief on big polluters and hold them to account for any attempt to undermine climate and energy policies.