Here is the Act on Climate crew's update on what we've been up to in June, what's coming up, and two ways you can get involved in July...

As we move into a new era after nearly a decade of a federal government stacked with climate action laggards, it's been so energising to see the hope that people across the climate and environment movement are infused with.

The 2022 federal election result showed that when communities organise themselves at the grassroots level, local wins can pile up to change the course of a whole country.

And for us in Victoria, we already have another chance to put this into action: the countdown to the Victorian State Election in November is on.

For the second half of the year, we'll need to grow our power to secure increased climate policy ambition from the next state government.

If you'd like to hear more about our campaign plans to put climate action on the state election agenda and find out about how you can get involved, we have two awesome events coming right up that you can RSVP to below... 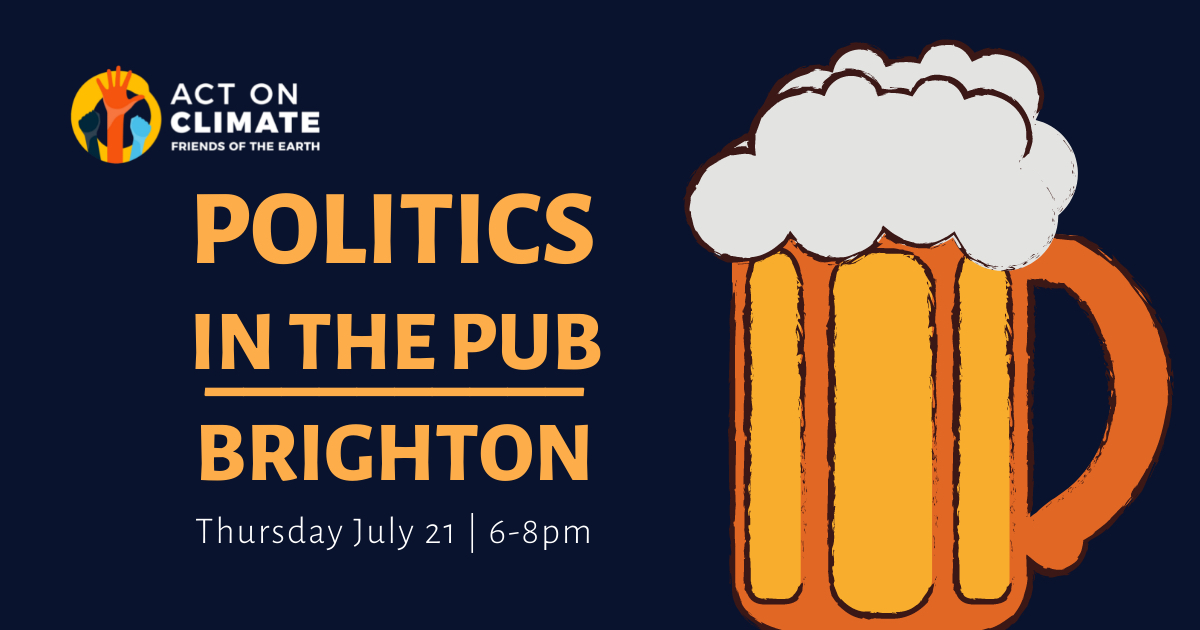 Everyone's favourite topic in everyone's favourite location! Join us on Thursday July 21 from 6-8pm for a casual, informative event about climate politics in the upcoming state election. Could we see a climate independent 'teal' candidate run in Brighton? How can we put pressure on Brighton MP and Shadow Minister for Climate Change, James Newbury? RSVP here to come along. 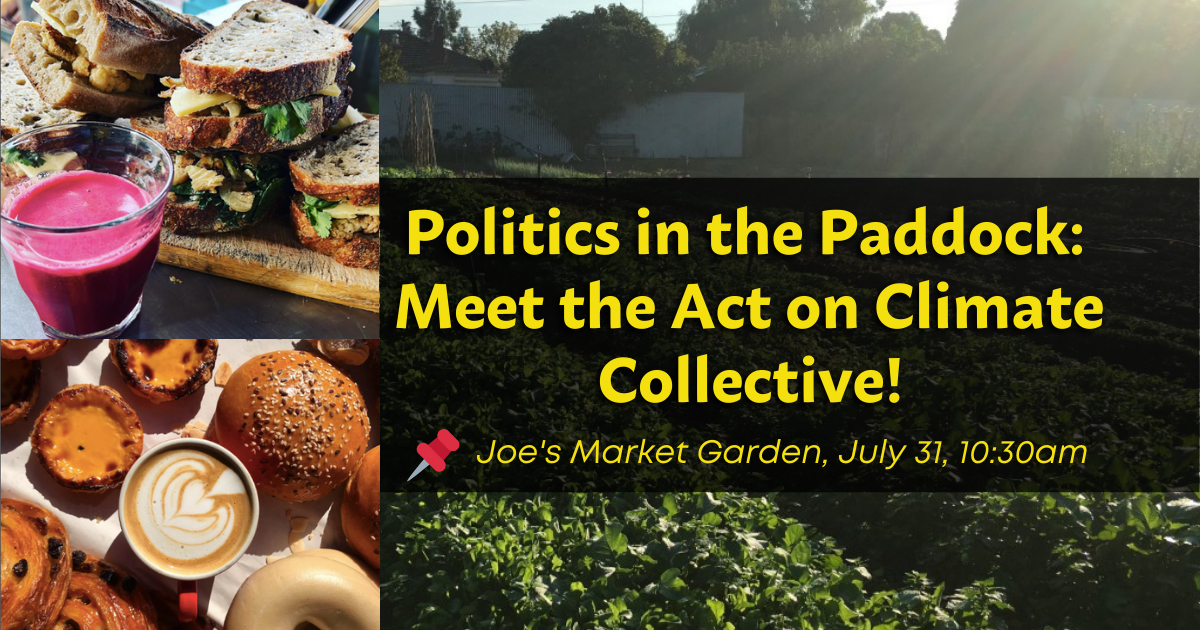 Politics in the Paddock (Wurundjeri Country)

Join us on Saturday, July 31 from 10:30am-12pm down on the Merri Creek at the beautiful Joe's Market Garden to gather round the fire, kick back to the sweet tunes of some local musicians with a coffee and pastry, and hear about our upcoming campaign plans including how you can get involved. RSVP here to come along.

What did we get up to in June?

Casting our eyes back, here's a quick update on our efforts over the past month...

The two of us headed up to Canberra a couple of weeks ago for the Climate Action Network Australia's national climate conference, which brought climate and environment campaigners from across the country together for the first time in six years. Hats off to everyone at CANA involved in pulling the event together. And BTW, if you're looking for a low-carbon, low-cost way to travel to Canberra from Melbourne/Narrm, the train trip to Yass followed by a short bus ride is very pleasant! 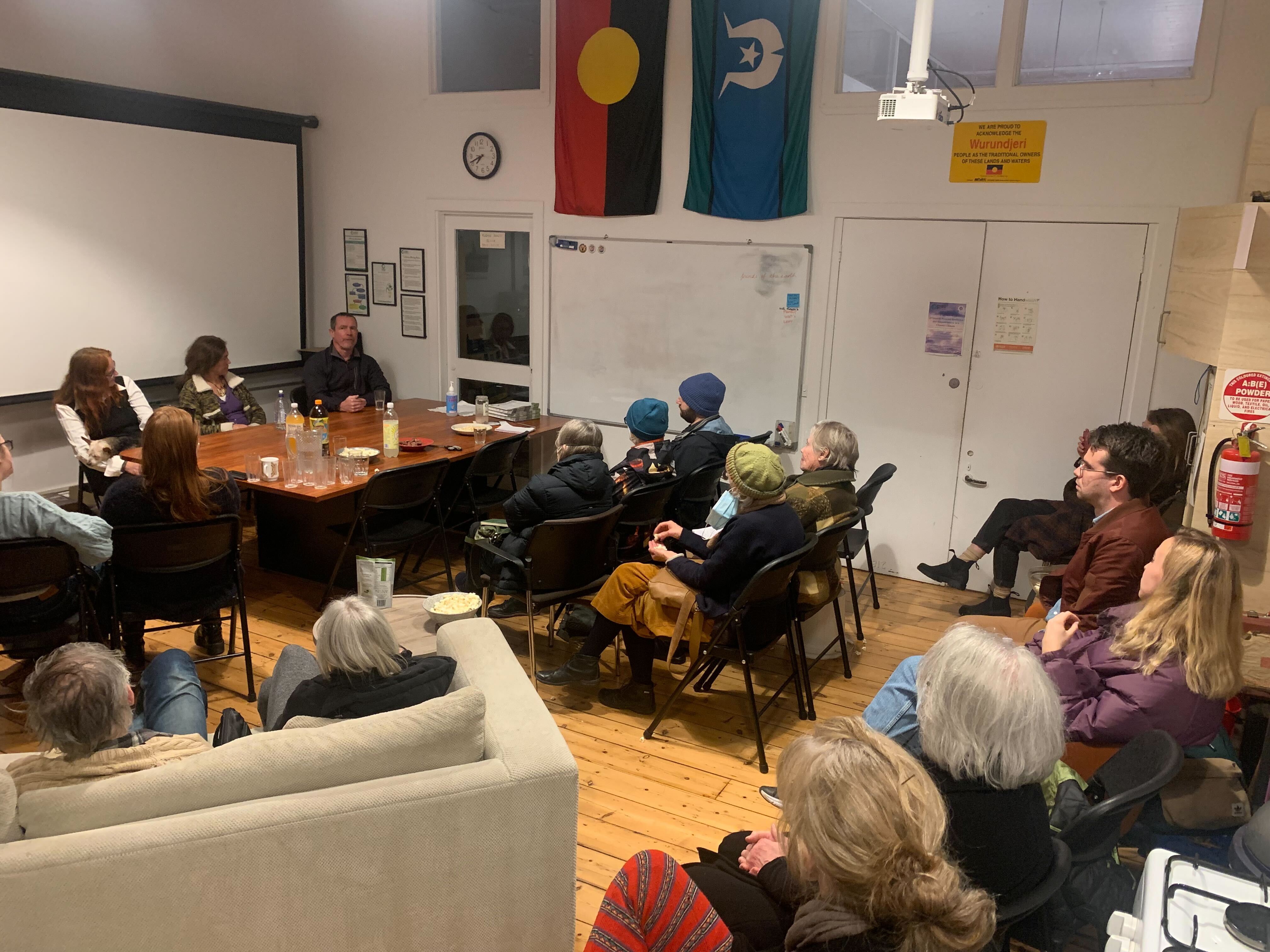 Thanks to those who joined us for an inspiring and informative event last Thursday night. We were so lucky to hear from Martin Hartigan (Living Melbourne), Freja Leonard (No More Gas) and Sue McKinnon (King Lake Friends of the Forest) after the amazing short film, Regenerating Australia. Special shout out to new volunteer, Alex, as well as our comrade from the Koala campaign, Michelle, for stepping up on the night while Jarred was at home with COVID.
*
2035 Climate Target Submissions Drive
The Victorian government has opened up a process to set its 2035 Emissions Reduction Target. After we successfully got the deadline extended into early June for community input, over 700 community members signed onto Friends of the Earth's submission calling for a science-based target of net-zero emissions by 2035. Stay tuned for more updates on how you can have impact on this process.

Events coming up for the calendar:

That's all from us for now. But please get in touch if you have questions or fancy a chat.