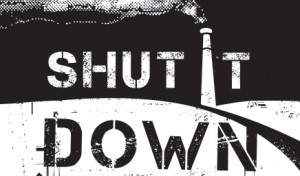 Friends of the Earth are shocked by the Essential Services Commission's decision to grant Alcoa a license to pollute, ignoring the wishes of Anglesea residents who want the coal power plant closed.

"The Essential Services Commission's approval is a kick in the guts to those in the Anglesea community who want the pollution to stop," said Shaun Murray.

"The approval was granted without any meaningful community consultation. It's up to the Victorian government to address this failure."

The Anglesea power plant puts the health of the local community at risk.

"This is a power station that would not be allowed to be built today. It's a tenth of the size of the polluting Hazelwood power station, yet is allowed to emit three-times the volume of suphur dioxide--of which there is no safe level," said Shaun Murray.

Premier Napthine has also refused to stand up for wind energy jobs in his electorate by publicly opposing changes to the national Renewable Energy Target.

"Failure to take action on the Anglesea power plant decision will confirm the view that the Napthine government is pro-coal, anti-renewable energy and in denial about climate change. This perception is an electoral liability," said Shaun Murray.

The ESC's approval will inflate the value of the coal generator and improve the prospects for sale.

The government should be showing political leadership and encouraging Alcoa to decommission the plant and remediate the mine.

Friends of the Earth coal spokesperson