It's our last update of 2021. It has been another epic year on the campaign trail and we can all be proud of our efforts under difficult conditions. Our network has remained strong and effective even in the face of a one-in-a-hundred year pandemic.

Our marathon campaign on Victoria's climate targets wrapped up in May and we secured a commitment from the Andrews government to halve the state's emissions by 2030. While we were pushing for a world-leading 75 percent cut this decade, we are pleased that Victoria's target is double the Federal government's meagre offering.

We completed and released our People's Climate Strategy for Victoria that engaged over a thousand community members from across the state. This effort set the bar for how governments should consult on climate policy. Thanks supporters like you, we managed to hand deliver the strategy to over fifty state and federal politicians.

We also applied significant pressure on the Morrison government ahead of the COP26 summit. Our online and on-the-ground work with grassroots groups helped shift the debate to the level of ambition the government (and opposition) should take to Australia's 2030 targets. This will be a live issue ahead of the Federal election that will occur sometime over the next six months.

The Act on Climate collective is now winding down for the year. We'll be taking a break over the next month so we can kick off 2022 with a full charge and seize the opportunities that come with state and federal elections.

For now, here’s an update on our efforts in November and upcoming actions... 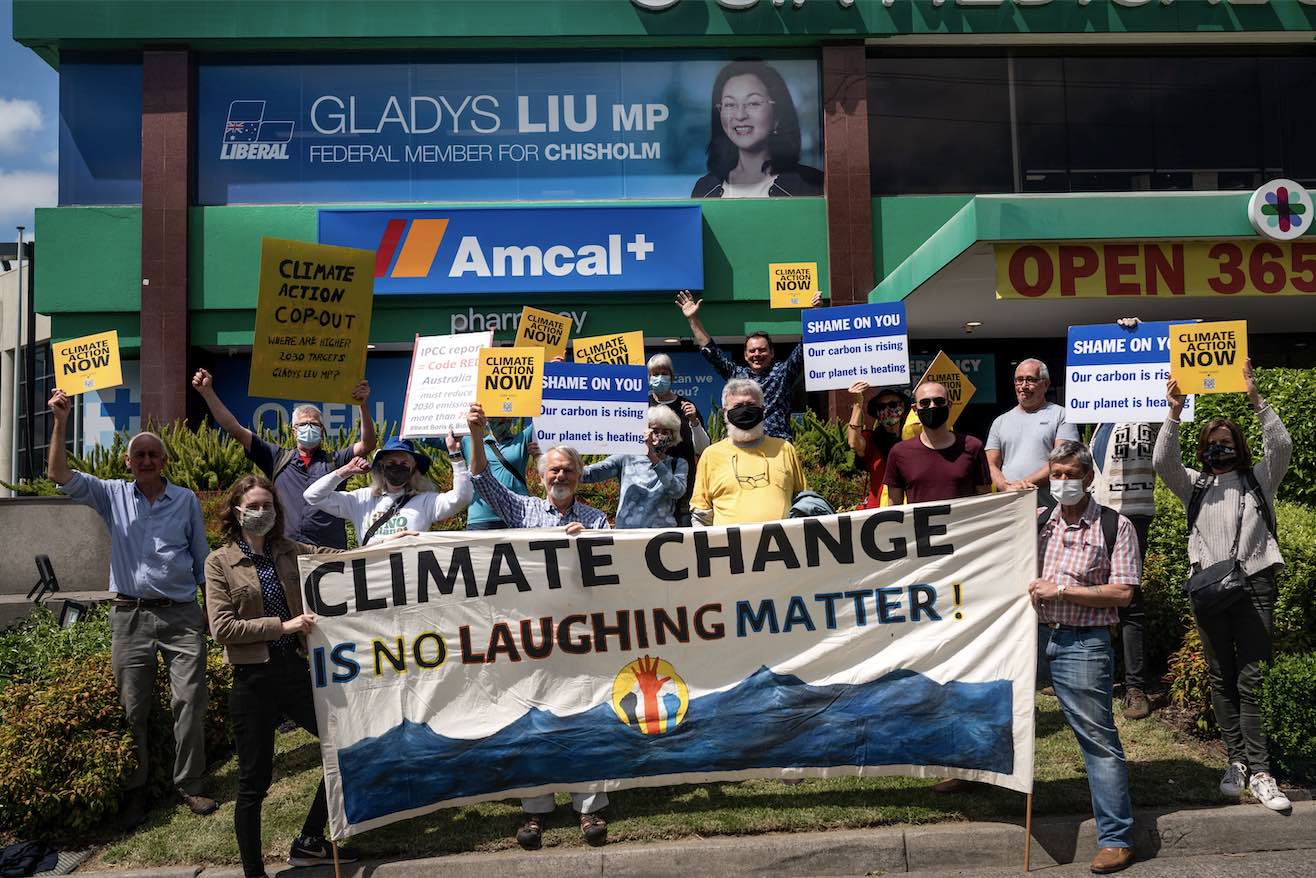 The Prime Minister's decision to stick with the weak target that was set by Tony Abbott back in 2015 will fuel the climate crisis and leave communities exposed to intensifying impacts. But it will also fuel our grassroots activism.

There are already signs that that's the case. Community members in the seats of Chisholm, Higgins, and Kooyong are organising weekly vigils to demonstrate their commitment to climate justice. This inspiring grassroots effort will ensure 2030 targets are on the agenda as the Federal election nears.

CLICK HERE to view a photo gallery of the community actions. 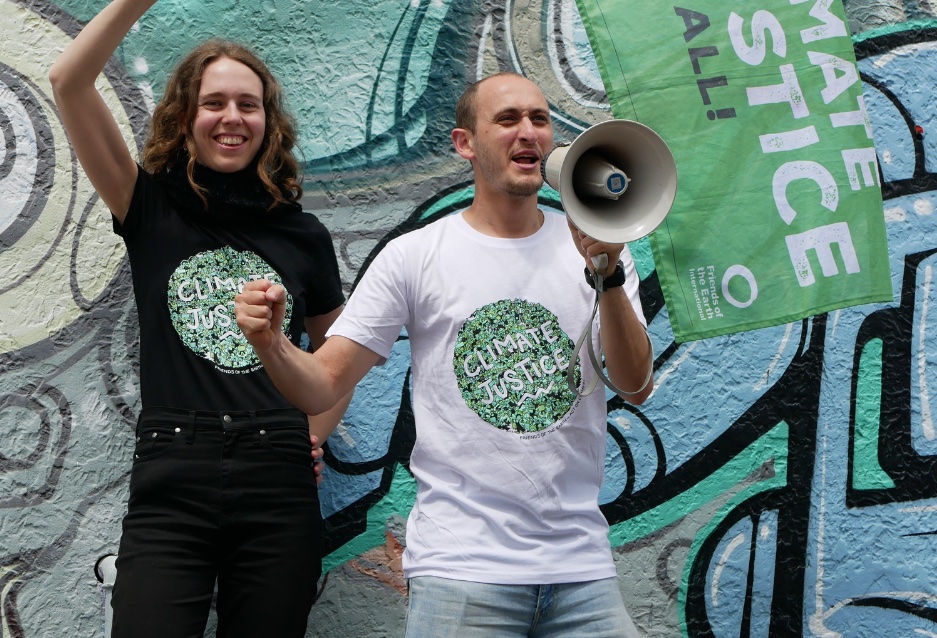 After five years of campaigning for ambitious climate action in Victoria and beyond, we've finally got some merch. Act on Climate's "Climate Justice" t-shirts are now available via Friends of the Earth's online store.

If you'd like to show your support our ongoing campaign and commitment to climate justice, then grab a t-shirt today. All proceeds of the t-shirts will support Act on Climate's grassroots campaign.

The shirts are printed in Australia on organic cotton and feature the artwork of Bailey Sharp of the Worker's Art Collective.

Head to Friends of the Earth's online store. 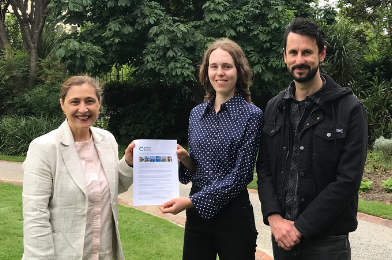 Friends of the Earth signalled to Victoria's political parties that we'll be a force to be reckoned with ahead of next year's state election. On Friday 26 November, we began the 12 month countdown to Victoria's state election with the release of our 'Climate & Environmental Policy Platform'.

To ensure we're getting good policy thinking on the agenda, we have hand-delivered copies of the platform to the Minister for Energy, Environment, and Climate Lily D'Ambrosio, Greens MP Ellen Sandell, and the Liberal Party Headquarters.

"RALLY 'ROUND OUR DUNES" TO HIGHLIGHT CLIMATE IMPACTS IN INVERLOCH: 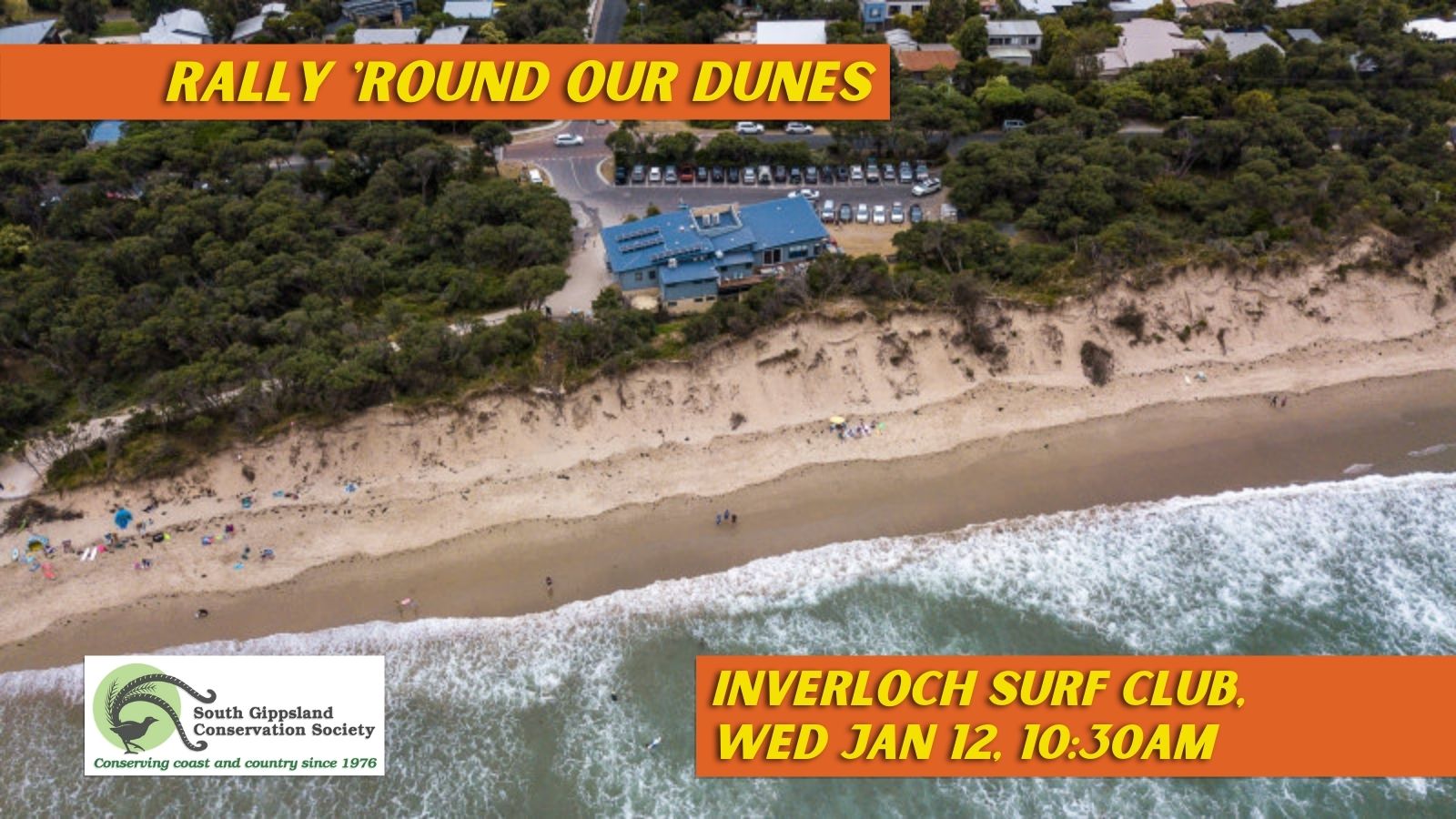 The Bass Coast community has been sounding the alarm about climate impacts on the coast for over a decade. The region has observed significant coastal erosion from rising sea levels and intensifying storm surges since 2009. A storm surge in 2020 almost undermined the Bunurong Road that connects Inverloch with Cape Paterson.

The South Gippsland Conservation Society is organising a rally, "Rally 'Round Our Dunes", on Wednesday 12 January, 2022, to demonstrate community support for urgent action.

Act on Climate caught up with Philip Heath, President of the South Gippsland Conservation Society, to find out more about the issues and upcoming event... 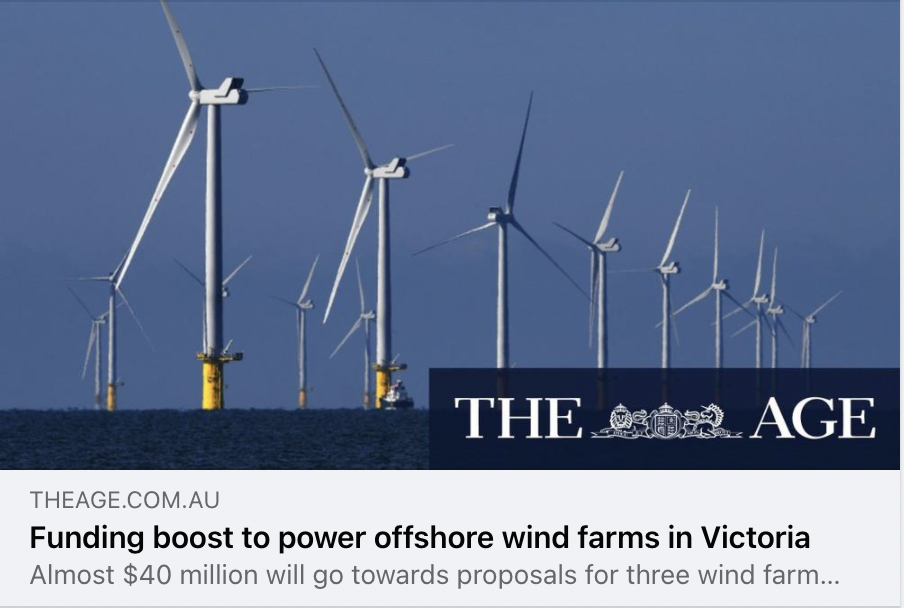 WIN FOR OUR CLIMATE - MOMENTUM BUILDS FOR OFFSHORE WIND:

Offshore wind is a critical sector for delivering deep emissions cuts and creating thousands of good jobs this decade. After years of campaigning by unions and FoE's Yes 2 Renewables campaign, Australia has taken the first critical step towards establishing an offshore wind industry.

In the last week of November, the Australian Senate has passed legislation to enable offshore wind projects in Commonwealth waters. In the same week, the Andrews government announced $40m in funding for three offshore wind proposals off the coast of Gippsland.

Hats off to all the community members campaigning for ambitious climate and energy policies such as offshore wind... It's working! 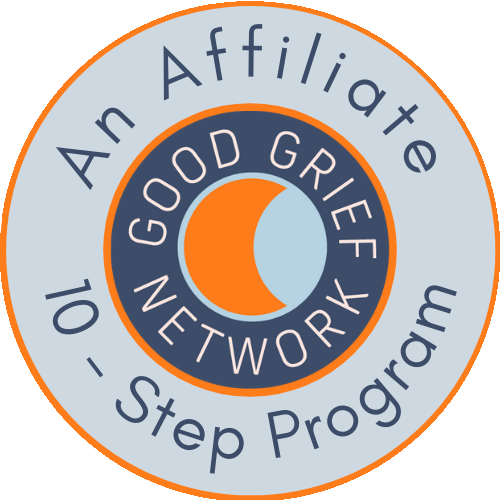 When you look at the state of our world, do you sometimes feel climate grief, eco-anxiety, despair, dread, overwhelm, paralysis, guilt, frustration, anger?... You're not alone.

The Good Grief Network program, "10 Steps to Personal Resilience & Empowerment in a Chaotic Climate," creates a space for us to lean into and move through these feelings together.

We support each other and our community as we each build our strength and resilience. We explore new ways of understanding, and gain skills to face the challenges of these times, and work to take meaningful action for change at ground level, in all its many forms.

Trained Good Grief facilitator and Act on Climate member, Liz Wade, will facilitate affiliate Good Grief sessions once again in 2022, both online and at Friends of the Earth in Collingwood.

Email [email protected] with the subject heading 'GOOD GRIEF' to be notified of online or in person programs in the new year, or call Liz on 0402 553 181 to find out more.

The Climate Justice event calendar is filling up over summer. We'd love to see you at the following:

And remember, you're always welcome to join us for our weekly Act on Climate meetings. We'll be resuming weekly meetings from Monday 17 January, 2022. Register here for the details.