This is the third of a series of blogs based on Freedom of Information requests to 15 Victorian Water Authorities in 2020-21 regarding PFAS chemicals. The first blog concerned drinking water and the second concerned groundwater contamination of waste water treatment plants (WWTP’s). This blog pertains to treated effluent from WWTP’s around Victoria being released directly into the environment after the treatment process.

Treatment processes at WWTP’s are largely based around dealing with microbiological issues. PFAS or “forever chemicals”, can enter the WWTP’s via sewerage containing both residential and industrial waste. PFAS, are not entirely removed during treatment and in fact can “transform” into different PFAS chemicals at the treatment plant. Depending on the plant, releases can be made into the local environment or in some instances paddocks near to WWTP's under EPA licence. 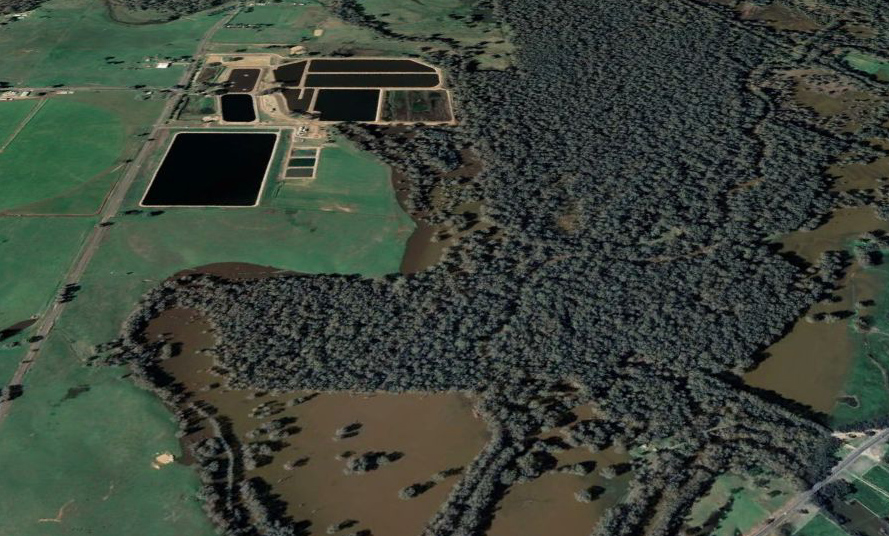 Wangaratta Waste Water Treatment Plant located in close proximity to Reedy Creek in the Ovens River catchment. Average detections at Wangaratta WWTP were the third highest Total PFAS in effluent recorded in Victoria. In July 2019 a PFOS detection ~650 times the 99% ecological trigger level, left the plant. However, FOI details specify only amounts leaving plant, a large portion of which may have been applied to paddocks to the east of the plant.

Over 4700 PFAS chemicals have been discovered. Fluorocarbons contain mixtures of atoms of carbon and fluorine which are very stable. They have been linked to a number or health problems and in the environment can accumulate in wildlife and have a wide range of toxicities to a range of aquatic organisms. For example, some PFAS chemicals may cause intergenerational effects on aquatic invertebrates and are toxic to fish. Bans on eating water fowl and precautions regarding eating fish have been issued by the Victorian EPA in some locations due to PFAS pollution.

The FoI data revealed that 49 WWTP’s/locations have been tested for PFAS in WWTP effluent. The tests however are “patchy” as water authorities are under no obligation to test at all. Some water authorities have done no testing and 20 tested for PFAS in effluent on only one occasion. The first testing in effluent occurred at Yarra Valley Water’s Aurora Treatment Plant in November 2015 (This was the only time Yarra Valley Water tested for PFAS). Almost all other testing around the state occurred between 2017-21.

38 (77.5%) of the WWTP’s recorded PFAS in their effluent. Testing was most “thorough” at Wodonga by North East Water followed the Western Treatment Plant by Melbourne Water. 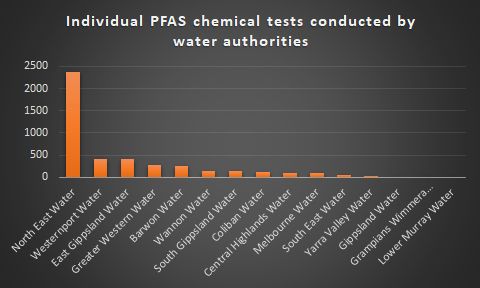 221 “test regimes” occurred for PFAS with testing ranging between 1 to 28 different chemicals, meaning that over 4400 individual PFAS chemicals were tested for. 138 (62.4%) of the testing regimes detected PFAS. 461 individual PFAS samples were detected or over 10% of all samples tested positive. 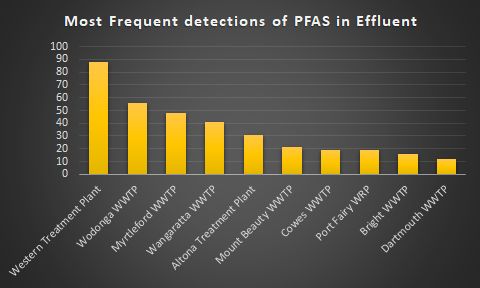 The most frequently detected PFAS chemical releases into the environment occurred at Western Treatment Plant followed by Wodonga treatment plant, however these sites also had the most tests. 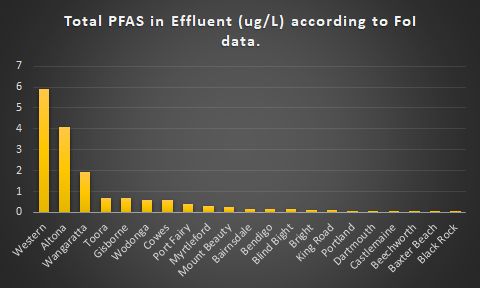 The highest amounts of PFAS chemicals released into the environment occurred at Western Treatment Plant and Altona Treatment Plant in Western Melbourne. Greater Western Water has been aware of the PFAS problems at the Altona Treatment Plant since 2017. They have an extensive monitoring network throughout western Melbourne which can monitor PFAS contamination at selected manholes. PFAS has also been detected 2km offshore in Altona Bay. Altona Bay is located in the Hobsons Bay sub-catchment of Port Phillip Bay and is regarded as being slightly to moderately modified, meaning that it warrants a 95% protection, rather than 99% protection in many other regions of the state. This means that the ecological guideline for PFOS in Altona Bay is 0.13µg/L, rather than 0.00023µg/L in 99% protection areas. The highest levels of PFOS recorded at Altona WWTP were double the 95% trigger level with levels of 0.869µg/L, almost 7 times higher than the 95% trigger level detected in brine. Greater Western Water has been looking at different treatment technologies to deal with the PFAS problem at Altona, including Granular Activated Carbon, Ion Exchange and Photocatalytic degradation. 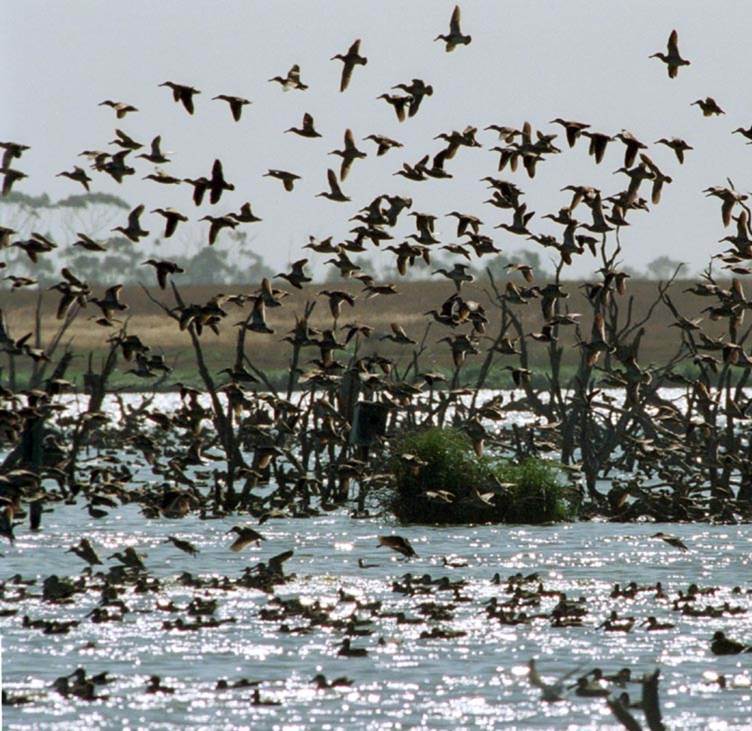 The Western Treatment Plant near Point Wilson (Corio Bay/Port Phillip Bay) is an important refuge for waterfowl during drought and the duck-hunting season. As a permanent wetland, the plant's lagoon system can support up to 120,000 waterfowl, with Lake Borrie alone carrying more than 70,000 in the past. Not all of the lagoons are currently being used by Melbourne Water. However are birds utilising the treatment plant, carrying PFAS elsewhere throughout Victoria and beyond?

“There is no way to isolate cases of PFAS in wild ducks to specific wetlands in Victoria because ducks are migratory.” 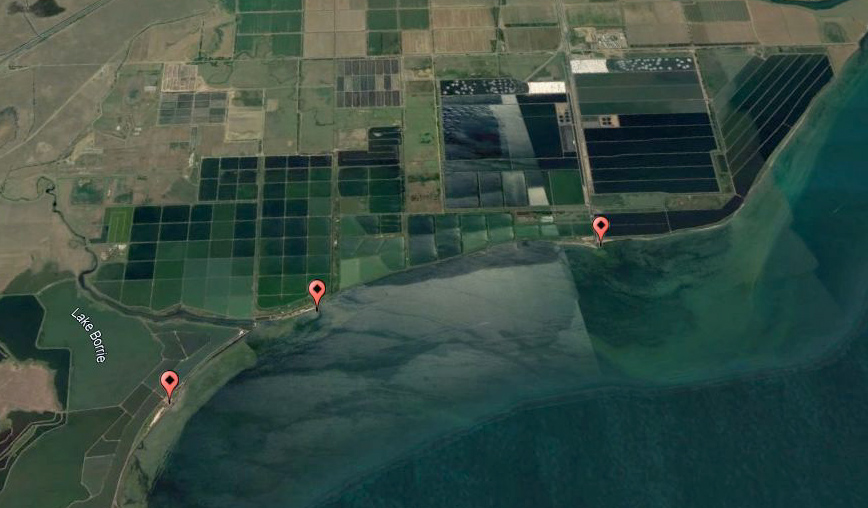 Image above: Release sites for effluent draining from Western Treatment Plant. The middle location is known at Murtcain Drain. Excessively high PFAS chemicals have been recorded at this location, however most of the PFAS releases occur from the 15 East Main Drain and the 145 West Main drain (EPA licensed sites) pinned on the right of the image.

Interestingly very little information concerning PFAS effluent releases from Melbourne Water’s Eastern Treatment Plant was provided by Melbourne Water during the FOI process.  It would appear that much of the ETP’s releases are being converted to recycled water, which will be the topic of the next PFAS blog. Only one result appeared for effluent leaving Boags Rocks outfall at Gunnamatta Beach, with a PFOS reading almost 74 times the 99% ecological trigger level. 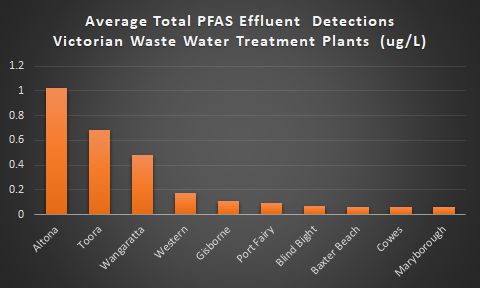 The highest PFAS totals released into the environment as an average of the tests that were carried out occurred at Altona, Toora and Wangaratta. 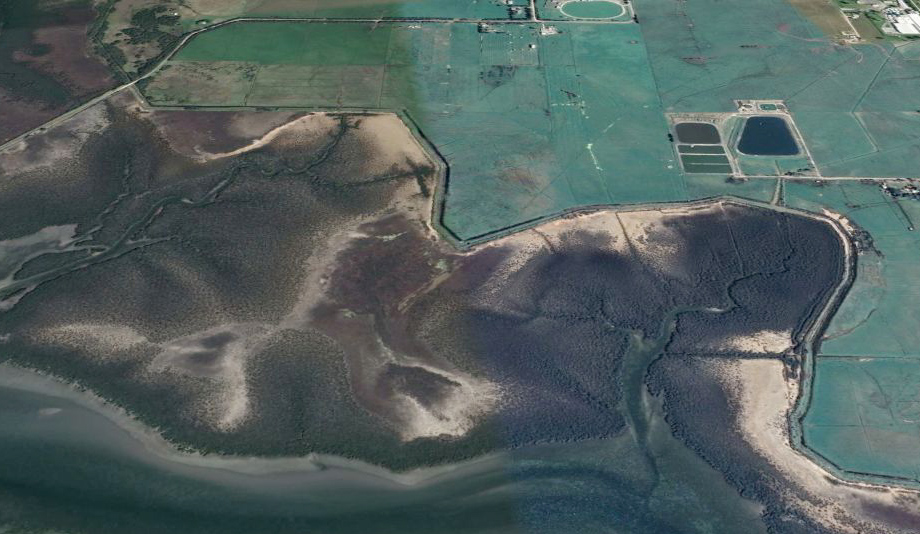 Toora Waste Water Treatment plant is located about 1.5km south east of the town, just on the edge of the Corner Inlet Ramsar Site and Corner Inlet Marine and Coastal Park. 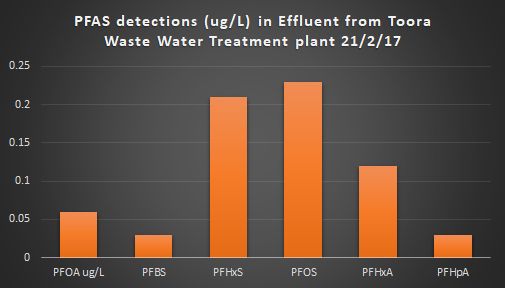 Only one testing regime for Toora WWTP occurred in February 2017. These tests saw PFOS recorded at 1000 times the 99% ecological guideline of 0.00023ug/L. What onus is on South Gippsland Water to stop polluting these sensitive environments with PFAS contaminated effluent? Why were they allowed to do so? Why were the PFAS levels so high in such a small community with a population of <700 people? 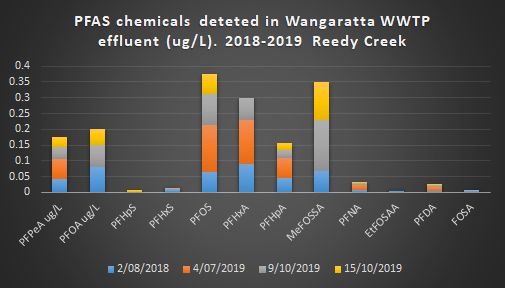 PFAS detections from Wangaratta Water Treatment Plant are also a concern, with PFOS regularly being detected at above ANZECC 99% guidelines levels. Reedy Creek flows into the Ovens River about 10km northwest of the WWTP. Beechworth WWTP (about 30km east of Wangaratta) also releases effluent into Reedy Creek, with Bright WWTP and Myrtleford WWTP releasing treatment water into the Ovens River catchment. However it should be noted that much of the PFAS released may be onto nearby paddocks under EPA licence. 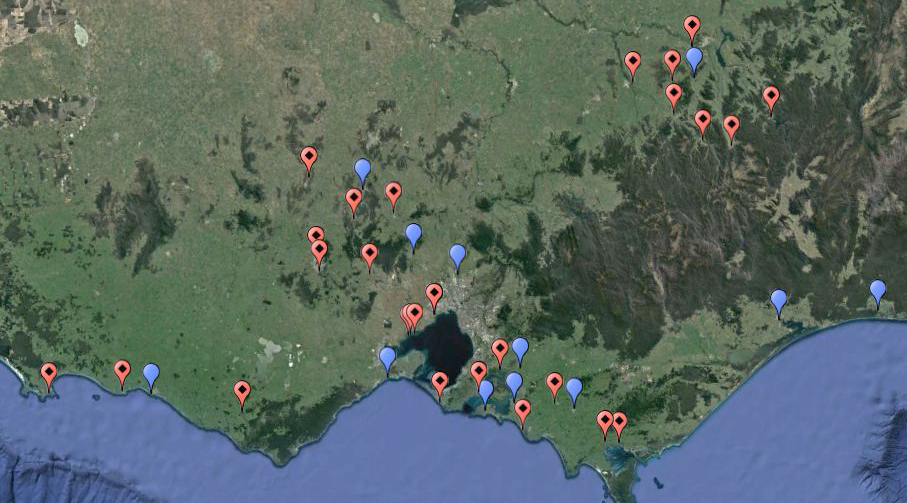 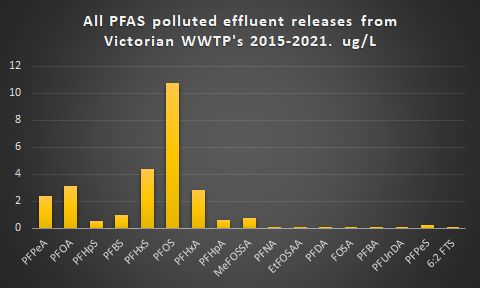 Collated PFAS in WWTP effluent from across Victoria, shows the clear dominance of PFOS in waste water effluent streams. ~40% of all detections were PFOS.

The PFAS problem appears to be insurmountable. Although water authorities are not the cause of the problem, they do have a responsibility to minimise any releases into the environment. Ultimately though, the situation cannot start to be addressed until the source of the pollutants are significantly reduced.

If you would like to donate to our toxics campaign please donate here and mention toxics/pfas.