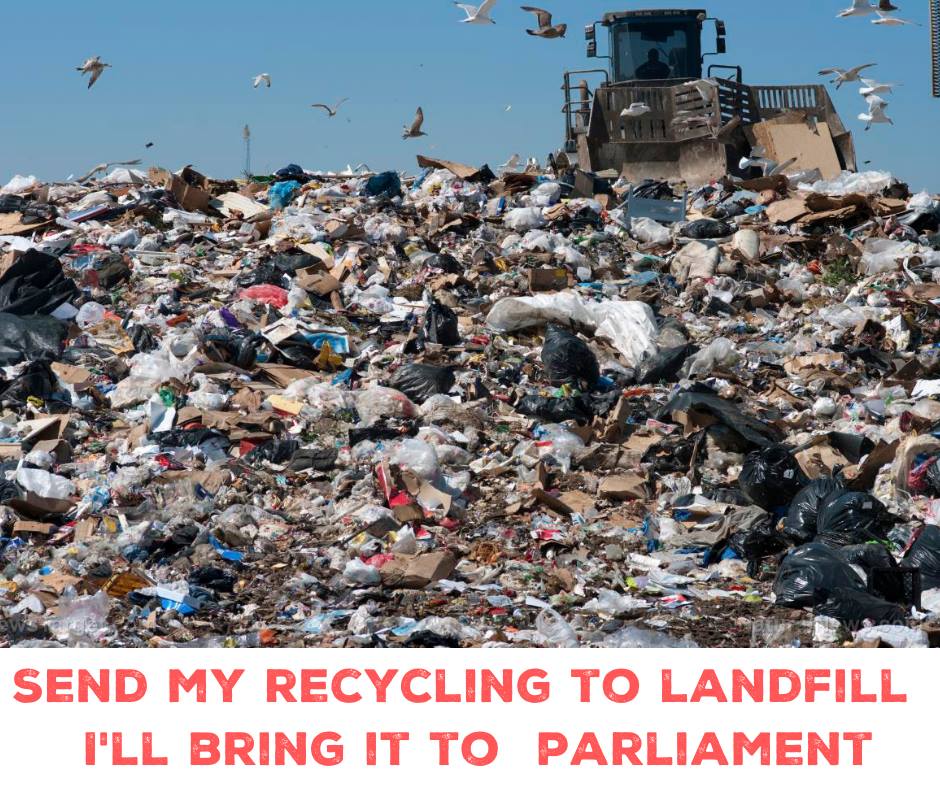 On Tuesday 19 March at 8:30 am, hundreds of Victorians will gather at the steps of state parliament to say “if you send our recycling to landfill, we will bring it to you.” Community members will put their weekly recycling on the steps of parliament to highlight government inaction on the issue and demand change.

High-quality photos of the action for use are AVAILABLE HERE, credit Julian Meehan

In recent weeks, the cracks in the Australian recycling system have been exposed.  China ceased taking our recycling in July 2018, resulting in a major loss of market.  Without markets to sell to, recycling companies are stockpiling, leading to dangerous conditions and possible fire hazards.  Two major recycling locations were closed by the EPA on 21 February, and a third closed voluntarily shortly after, resulting in 27 councils around Melbourne sending recycling to landfill.  Short term solutions have been found for some of these councils, but several are still having to resort to binning our recycling.

“The waste system in Australia is unquestionably broken” says Anine Cummins, the coordinator of Transform Waste, a campaign of Friends of the Earth Australia.  “On an individual level, Australian rates of recycling are impressive.  It’s at the system-wide level that we’ve failed.”

“The Victorian state government has known about this issue since at least February 2018, and have done little to forestall this inevitable crisis.  It’s time to stop blaming the councils, take responsibility, and get our recycling industry working again. Victorians want to have trust that their efforts at recycling are not being wasted. We need action to rebuild public confidence in the system.”

A range of community groups are supporting the event. In attendance will be Ellen Sandell MP, Samantha Ratnam and Adam Bandt from the Greens. Other parties and MPs have been invited.