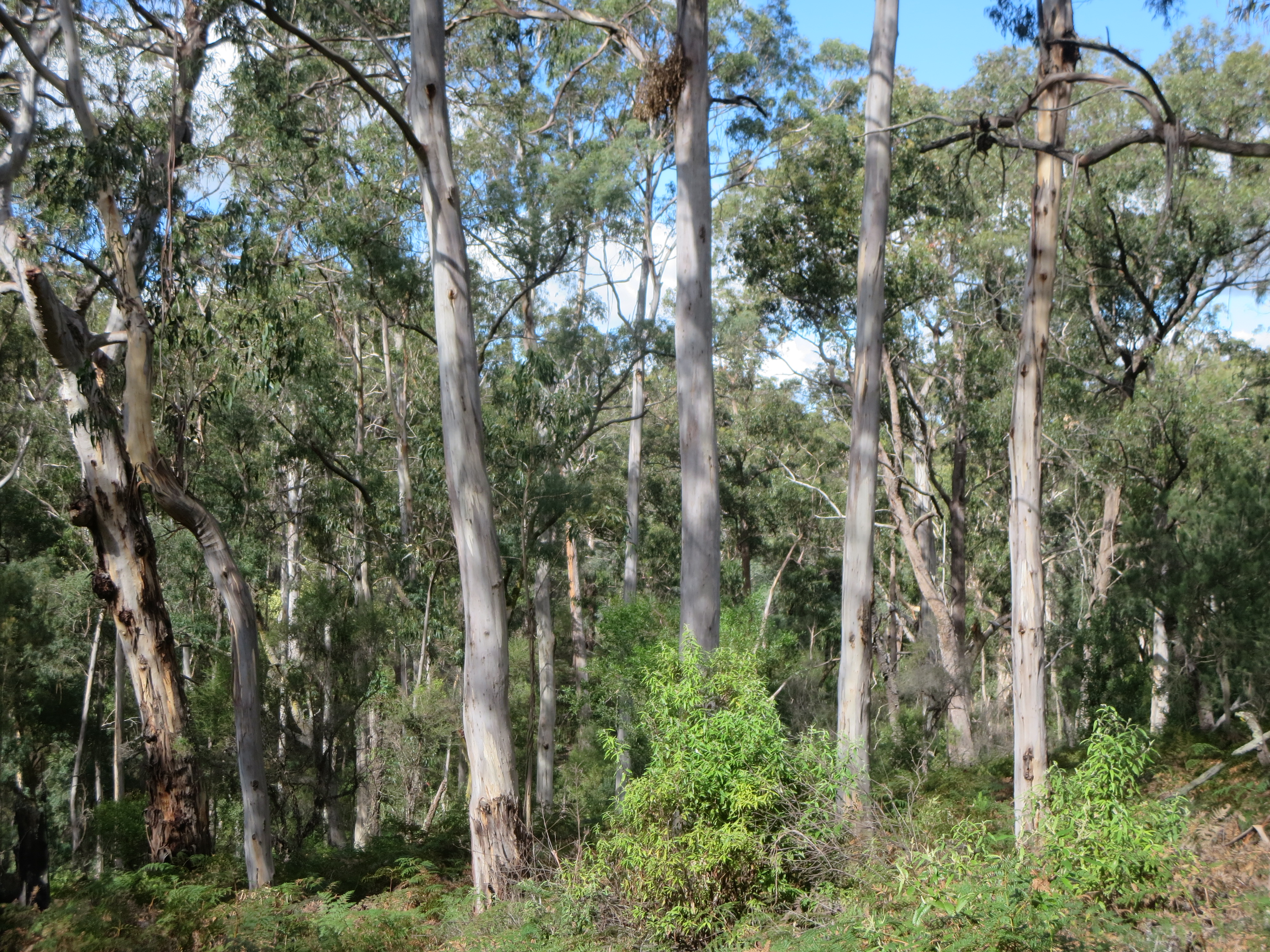 54 Rapid SAT surveys (equivalent to 1350ha of forest) looked for the presence of koalas using a method similar to the RG-bSAT*.  Rapid SAT means that 7 trees are surveyed at 500m intervals, targeting preferred koala trees. (*RG-bSAT surveys 30 trees at a site as determined by Biolink in their 2016 publication ‘Habitat Utilisation by Koalas in the Gippsland Region’). 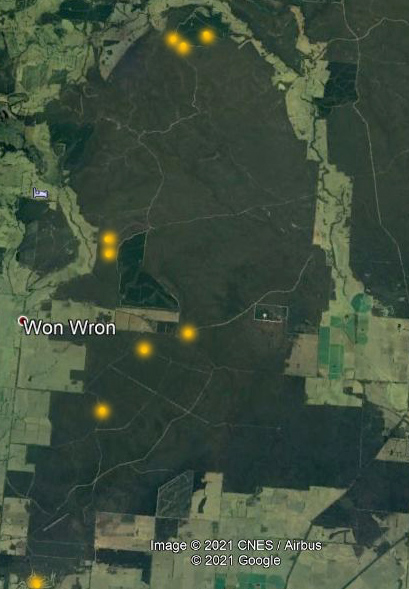 Due to much of Won Wron being regarded as largely “Marginal Koala Habitat” because of a lack of preferred trees and nutrient poor soils, numbers of positive sites (eg where a scat is located or a koala seen) was very low. Only 2 (3.8%) of the survey sites recorded a scat, with 52 (96.2%) being negative.  An additional 7 scats were located outside of the 500m grid interval. No koalas were sighted during the surveys.

About 35% of the sites had been burnt over the past 2-10 years, most likely through burn offs by the State Government. 13% of the sites were also impacted by firewood removal and 23% of sites were covered in bracken. For some reason it appears that koalas do not often occur where bracken is prevalent. 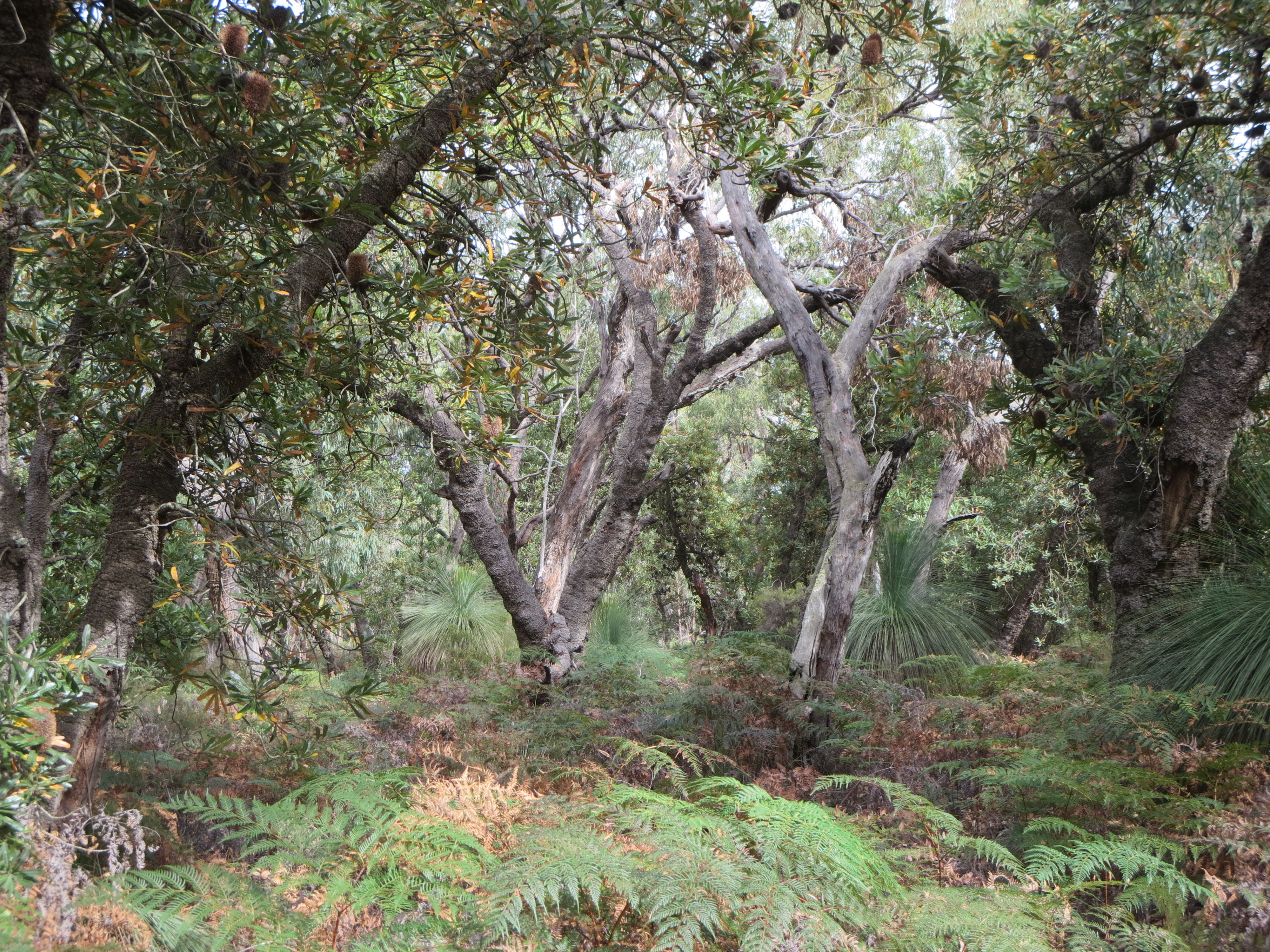 The soils underlying much of Won Wron are nutrient poor, consisting mainly of sandy dunefield landforms interspersed with some areas combining dunefields with alluvial sediments. The nutrient poor soil will be a major factor in why koala numbers appear to be so low in Won Wron. Lack of preferred tree species over a wide range of Won Wron will be another major reason. 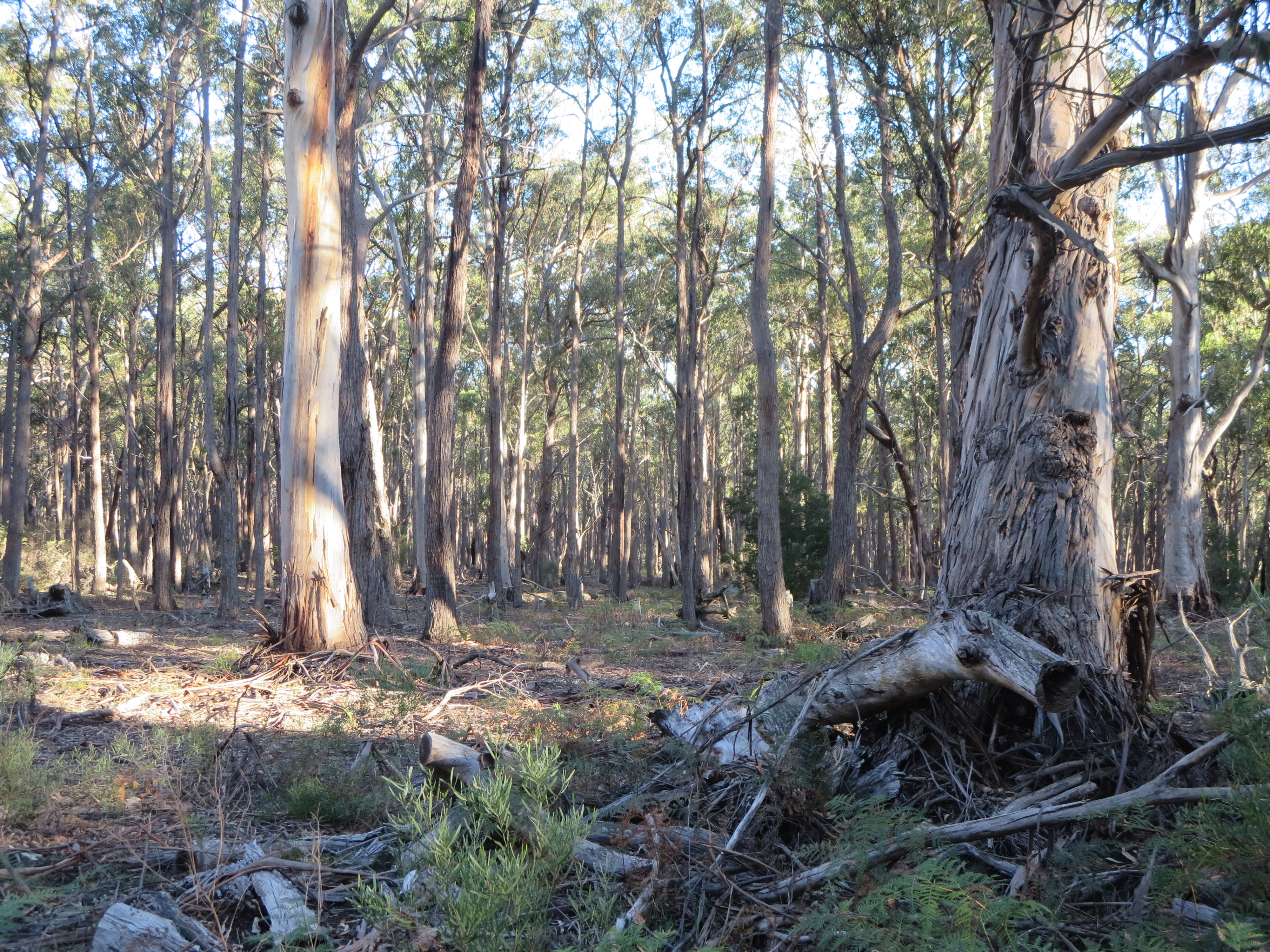 The biggest threats to koalas in Won Wron State Forest appear to be forest burns, bushfires and firewood collection. Friends of the Earth will contact DELWP in the near future requesting that burnoffs of firewood collection in key koala areas should be avoided at all cost, particularly in areas containing Mountain Grey Gum.

The recent surveys at Won Wron, confirm that Strzelecki koalas are likely to be present in lower numbers than specified in ‘Habitat Utilisation by Koalas in the Gippsland Region’. In that report an estimated number of 0.09 koalas/ha was calculated in the best of the remaining habitat in the Strzelecki Ranges. These estimates were based on better quality soils than those that occur at Won Wron. The 0.09 koalas/ha estimates if applied to Won Wron, would amount to ~600 koalas, when a more accurate reflection is probably 10 times less than that, given the poor soils and that Mountain Grey Gum dominated forests at Won Wron amount to somewhere between 300 - 500ha, or between 4.5% and 7.5% of the forest area.