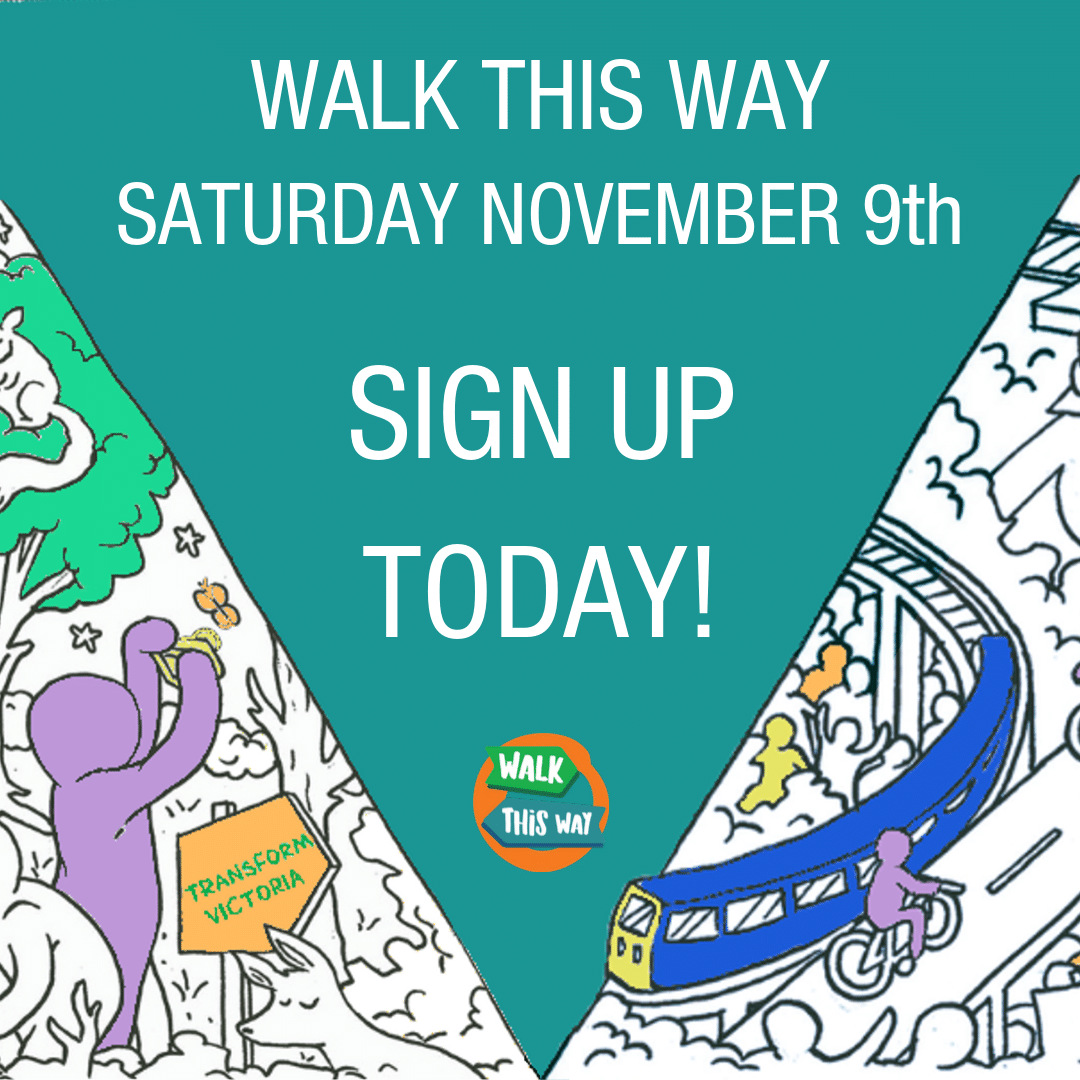 On Saturday November 9th Friends of the Earth will walk 15km along Melbourne's Capital City Trail to celebrate transformative communities.

We want you to join us!

While extractive industries are busy causing climate chaos, join us in finding the communities taking the lead in creating a safe climate future.

Beginning at CERES Community Environment Park, and journeying along Melbourne's Merri Creek Trail to hear some of Melbourne's transformative community stories, we will finish up with a community picnic at Abbotsford Convent.

Every dollar you raise will support Friends of the Earth campaigning for urgent system change in the face of the climate crisis!

Get Sponsored: Ask your friends, your family, your neighbours to donate to Friends of the Earth to sponsor you for your walk.

Spread the Word: Invite others to sign up and #WalkThisWay with us - a journey is always better shared! You can join one of the Friends of the Earth teams, or set up your own!

Get Walking: You can be part of the whole 15kms walk or you’ll be able to join #WalkThisWay at a number of meeting points along the trail (more information coming soon on the website!)

Join together with other Friends of the Earth Melbourne members for our annual general meeting. There are the usual formalities but we also love the opportunity to catch up and celebrate what is shaping up to be a huge year for grassroots environmental activism!

This event is open to Friends of the Earth Melbourne members only - If you are not yet a member of FoE you can sign up as a member here!

Our special guest speaker this year will be the wonderful Katherine Cunningham from Earthworker Cooperative.

Earthworker arose from a dynamic partnership between the Trade Union and Environment movements, and broader civil society, all concerned with creating a more just and sustainable world.

Earthworker Energy Manufacturing Cooperative factory was born in Morwell and commenced manufacturing of the famous ‘Everlast’ solar hot water tanks in late 2017, and started their first commercial operations in 2018 as a worker-run cooperative, where workers have an equal share and a say in how business operates.

They are part of the groundswell of community groups transforming Victoria's democratic, economic, energy and food systems.

We can't wait to see you there! 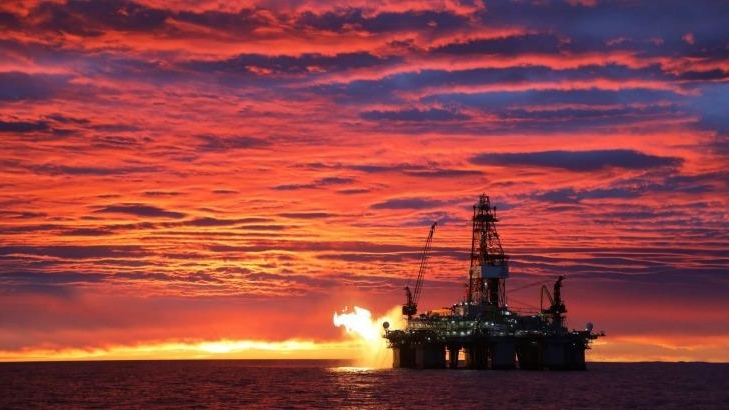 Across Victoria, communities have been opposing fossil fuel projects that threaten their health, their water, their economies, and are incompatible with a liveable climate.

However despite the climate crisis, the well known health and environmental impacts, and the ready supply of sustainable alternatives, there are still new fossil fuel projects underway in Victoria.

That is why Energy Justice Victoria and Friends of the Earth Melbourne have launched a campaign for No New Fossil Fuels in Victoria. This includes offshore gas, conventional onshore gas, and coal.

To kick off this campaign Energy Justice will be going to the regional communities on the frontlines of fossil fuels in Victoria to hear their stories and their alternate, positive vision.


The Beginning of the End of Nuclear Weapons 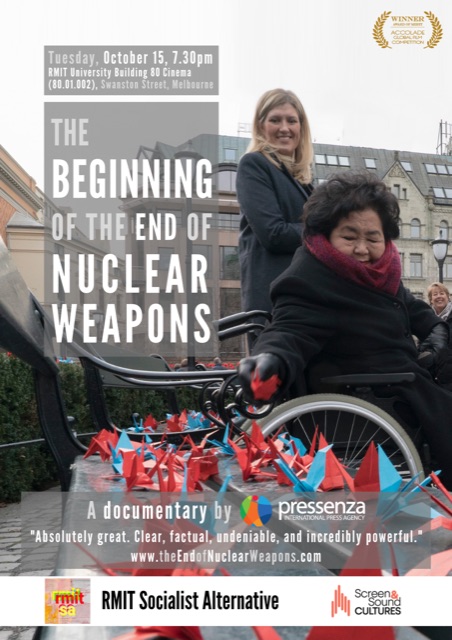 The International Campaign to Abolish Nuclear Weapons (ICAN) - an organisation that began in Melbourne - was awarded the Nobel Peace Prize in 2017 in recognition its “ground-breaking efforts to achieve a treaty-based prohibition" of nuclear weapons. Friends of the Earth is a partner organisation of ICAN.

The film The Beginning of the End of Nuclear Weapons (Alvaro Orüs, Tony Robinson 2019, 60 minutes), documents the creation of the UN nuclear weapons ban treaty. It premiered in NYC in June 2019.

In August 2019 ICAN released a substantial Report explaining what the Australian government would need to change if Australia were to be a signatory.

Screen and Sound Cultures and the RMIT Socialist Alternative Club are sponsoring the screening. Tilman Ruff, Co-founder of ICAN, will introduce the film.


Send a submission to the Department of Industry, Innovation and Science (DIIS) 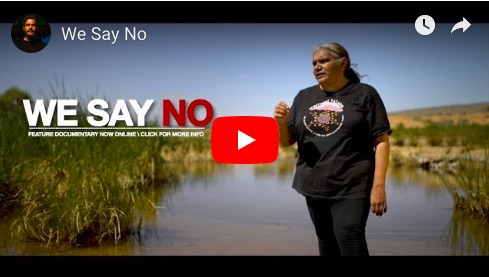 The Federal Government wants to put a National Radioactive Waste Facility in Kimba or the Flinders Ranges in South Australia.

The Department is calling for submissions and says these will be "one of the factors the Minister for Resources and Northern Australia may take into account when determining broad community support for the Facility."

If you live outside the ballot area, a submission is the only way to have your say! This is Australia’s waste and it’s a national issue. It only takes a minute to voice your opposition.
Make a submission using our online proforma and read more about why this matters.

Momentum Building for Climate Action: VIC must lead while the Feds refuse to act 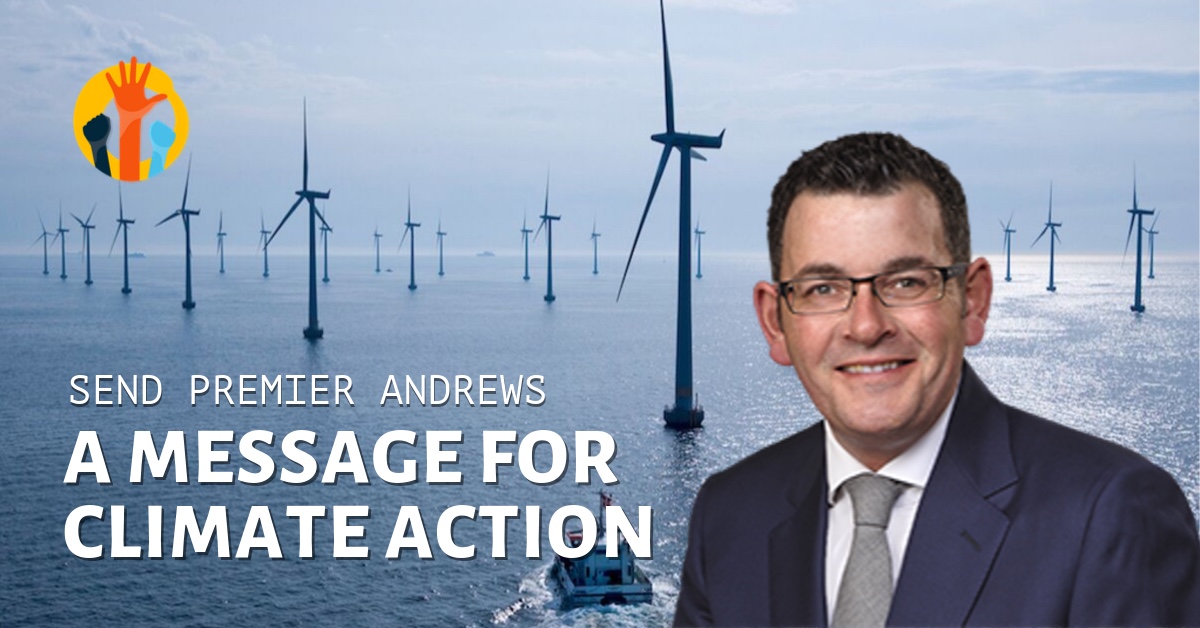 With over 150,000 Victorians joined the Climate Strike led by school students, it's clear that there's strong community support for governments to rule out new fossil fuel projects, deliver 100 per cent renewables, and ensure a fair and just transition for workers.

Our Act on Climate collective is leading the drive for less than 1.5°C. They’re calling on the Andrews Government to set science-based Emissions Reduction Targets for 2025 and ’30.

Securing Emissions Reduction Targets that are bold and ambitious would require the continued rollout of renewable energy in Victoria, encourage greater investment in public transport, and greater protection of native forests.

Let him know that bold and ambitious Emissions Reduction Targets would be a great next step. 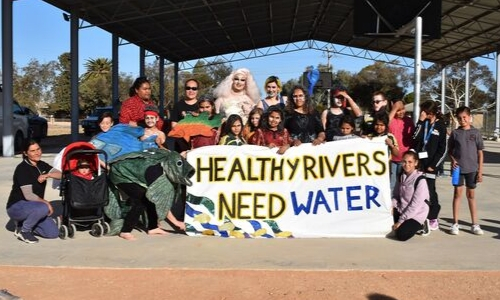 We've been on the road hearing from locals in Menindee about the ongoing disaster facing communities on the Darling River. As the drought deepens, governments continue to fail.

The Baarka (Darling River) at Pooncarie is about to dry up completely, the people of Dubbo are facing Stage 7 water restrictions, and the last fish have been manually removed from the river at Menindee. It’s an incredibly dire time.

Here are three ways you can get involved and stay informed:

Keep an eye on our Facebook for pictures and videos 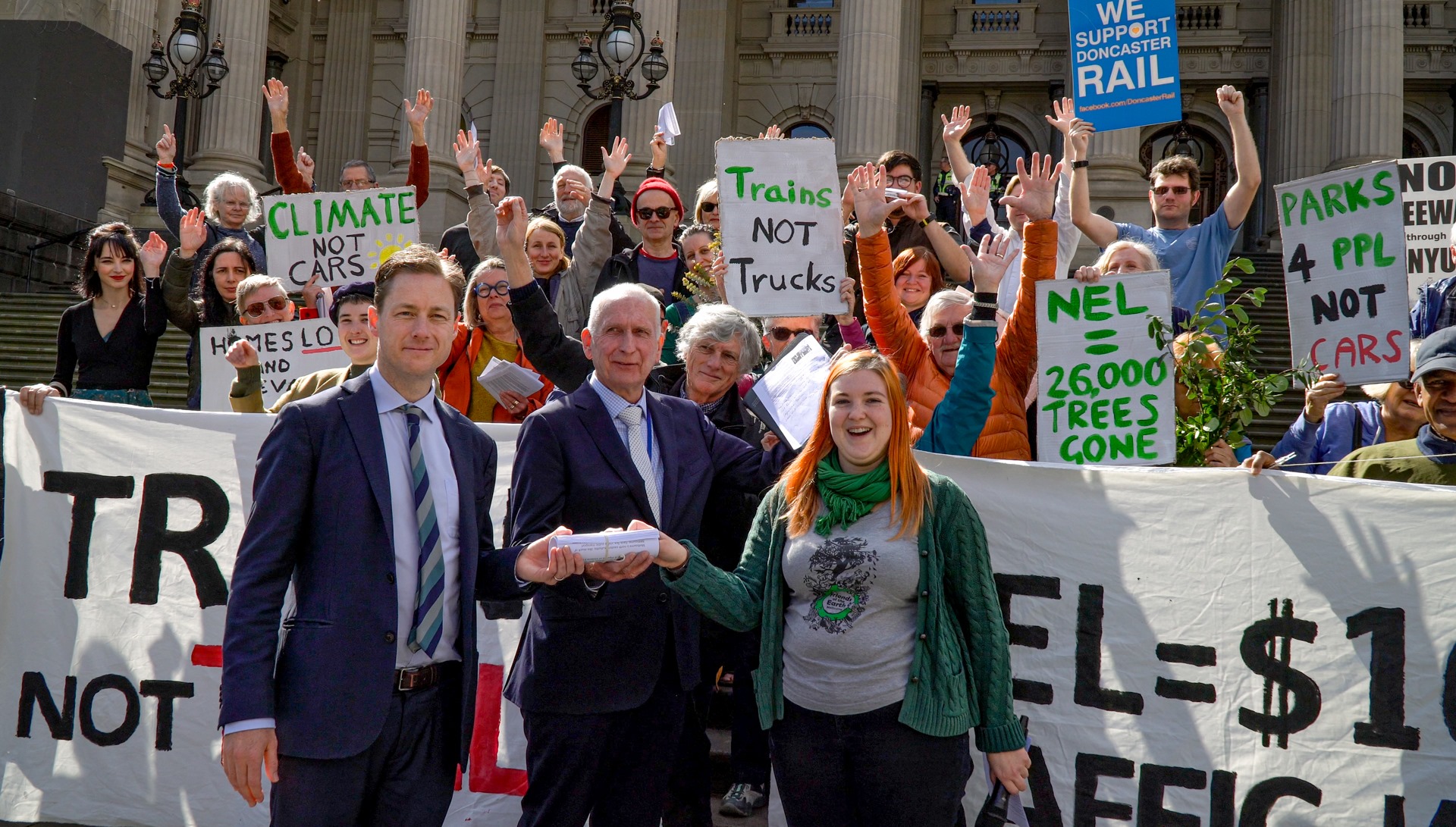 Sustainable Cities and community members delivered a petition on behalf of 700 people calling for a stop to the $16 billion North East Link toll road.

“We are urging our government representatives to stand up to the road lobby and stop this mega toll road” said Claudia Gallois, Friends of the Earth’s Sustainable Cities spokesperson.

The event comes at the end of the public hearings where concerned citizens had the opportunity to raise issues about the project before an independent panel.

The Victorian Minister for Planning, Richard Wynne, now has the choice to listen to the concerns from the community, or lock us into decades more of toll roads by approving the North East Link. 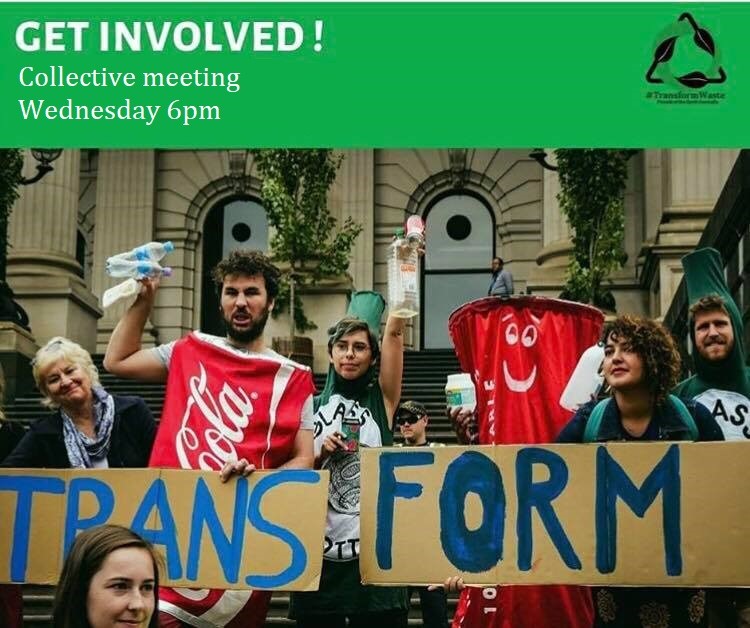 This month Transform Waste has been operating under a Level-Up September paradigm. Our three working groups - strategy & research, content & design and events & people – have been working hard to adapt and respond to the exciting changes in the Victorian waste area.

With the new DELWP Circular Economy strategy undergoing public consultation, Transform Waste has identified core targets that the strategy must include:

We are actively campaigning and lending our voice to an existing organisation to make these objectives happen. Over the next month, we have a fundraising dinner, a communications workshop and a number of other events that we would love you to be a part of!

You can join our team on Wednesday 6-7.30pm at FoE Melbourne or subscribe to our email for more info on the working groups at transformwaste.org.au. 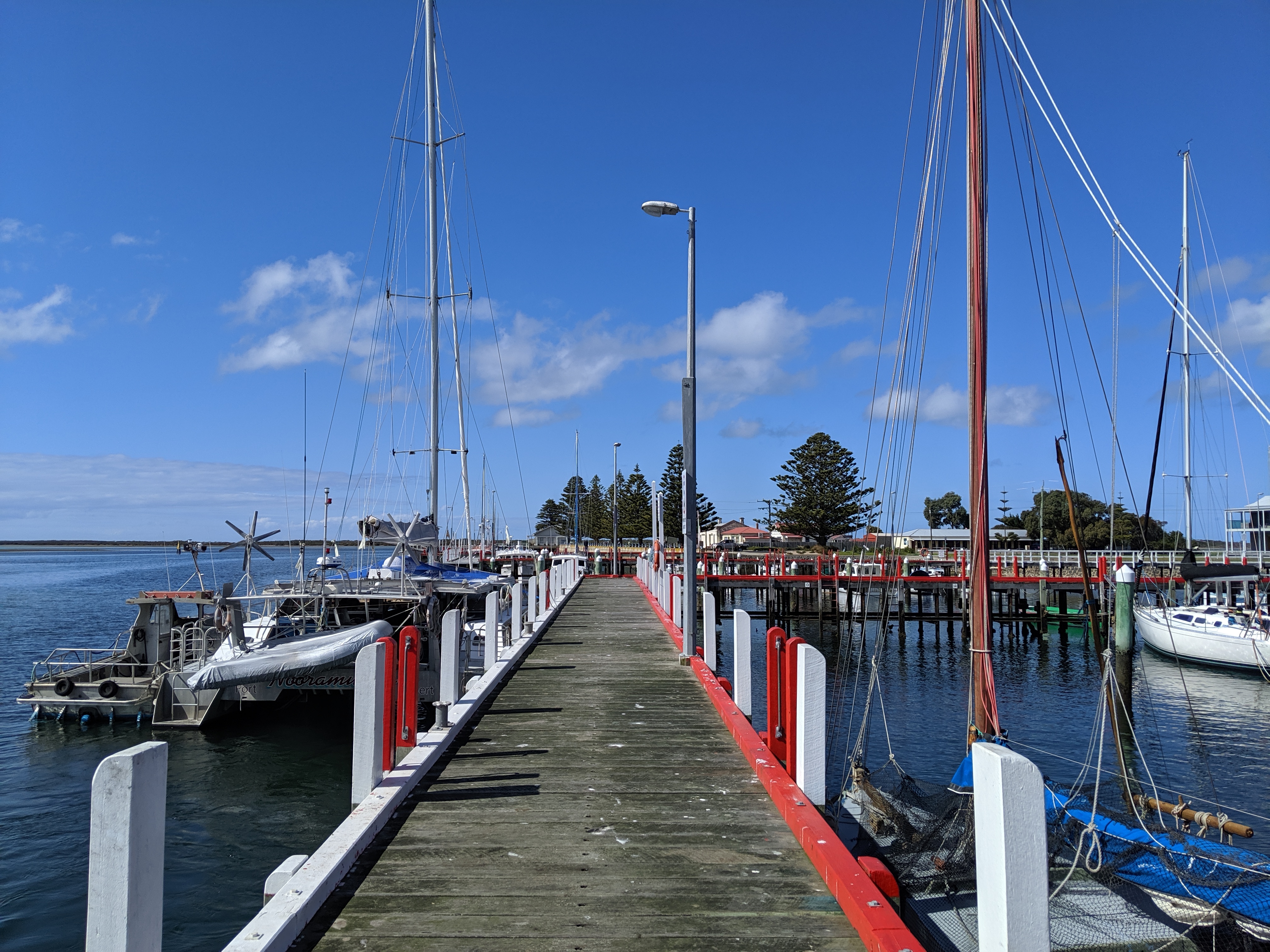 While hundreds of thousands rallied for climate action across the country this September, momentum is building for Australia’s offshore wind proposal, Star of the South.

In the past fortnight, public info sessions have been held across Gippsland about the project which has been proposed east of Port Albert, with detailed site investigations to begin later this year.

If it goes ahead, Star of the South could power 1.2 million homes with clean, renewable energy and create thousands of good, climate jobs, presenting the opportunity for a just transition out of fossil fuels.

Check out the latest blog piece from Yes 2 Renewables to read more about what the proposal means for the region.


Do you want to see Melbourne's trains running on renewable energy?
Come make badges with Yes2Renewables!

Join Yes 2 Renewables on Sunday 6th October from 11:30 am-1:30 pm at FoE Melbourne for our next badge making session to raise awareness about our campaign for powering Melbourne's trains with renewable energy.

Following threatened species day where we remember the passing of the last surviving Tasmanian Tiger (thylacine), 83 years on and we are still watching our unique native wildlife slip away due to inaction by our government, failing to ensure adequate protection for threatened species.

A rare sighting of a threatened Sooty Owl emerging from its nest hollow was recently captured on film by WOTCH (Wildlife of the Central Highlands) field surveyors. This recorded sighting occurred on the outskirts of an active logging coupe in the Toolangi State Forest.

Help save this Sooty Owl and its home from being destroyed by clearfell logging.

WOTCH have submitted a threatened species report to the Department of Environment, Land, Water and Planning (DELWP), detailing sightings and traces of the Sooty Owl, to which the response has been abysmal. Disregarding the recommendations provided with the best science, DELWP have refused to implement the utmost protection for this Individual and instead are allowing logging operations to persist within this Sooty Owls nesting site.