Two exuberant drag queens dressed as a Golden Perch and local Yabbie have performed to an audience on the Lower Darling to raise awareness of their threatened survival in the the Murray Darling Basin on threatened species day.

Fox Pflueger the local Yabbie got the crowd wet to a performance of “When the rivers run dry” on the dry and degraded banks of the Darling River at Tolarno Station. Weird Alice the Golden Perch blasted an incredible rendition of “I will Survive” at the Menindee Lakes.

The Menindee lakes is the largest fish breeding ground in the Murray Darling Basin and right now the iconic Golden perch is at risk of extinction because the lakes are being bled dry by over extraction and failed water management.

The queens, traveling through to Broken Hill for the annual Broken Heel festival, couldn’t go past this catastrophic dying ecosystem without bringing the story back to the cities.

“Drag is the art of resistance: we are dancing in solidarity with endangered species and communities who have been left out to dry. The queer community has fought for our existence for generations we are here to give a voice to threatened species and say I will survive” says fox Pflueger the local yabbie.

“Theres a misconception that the lakes are suffering from the drought, but these lakes have been destroyed by mismanagement and alleged water theft upstream" said Megan Williams, Friends of the Earth’s Rivers Spokesperson

"We need David Littleproud and state water ministers to make sure environmental water makes it to our lakes and wetlands to protect the species like the Golden Perch into the future.”

“We are here at Broken Heel celebrating our freedom, but local communities and threatened species like the Golden Perch don't have that luxury while the rivers are being strangled by over extraction" added Williams.

“We are proud to have all Australians who love their country and rivers join us to witness this devastating event unfold. Allowing the Darling to die is the worst man made disaster in Australian history and it is only beginning. This could mean the destruction of the 600km of the river forever. Its an insult to the Barkinji Nation and all those who follow in their footsteps” says Rob McBride, grazier at Tolarno Station. 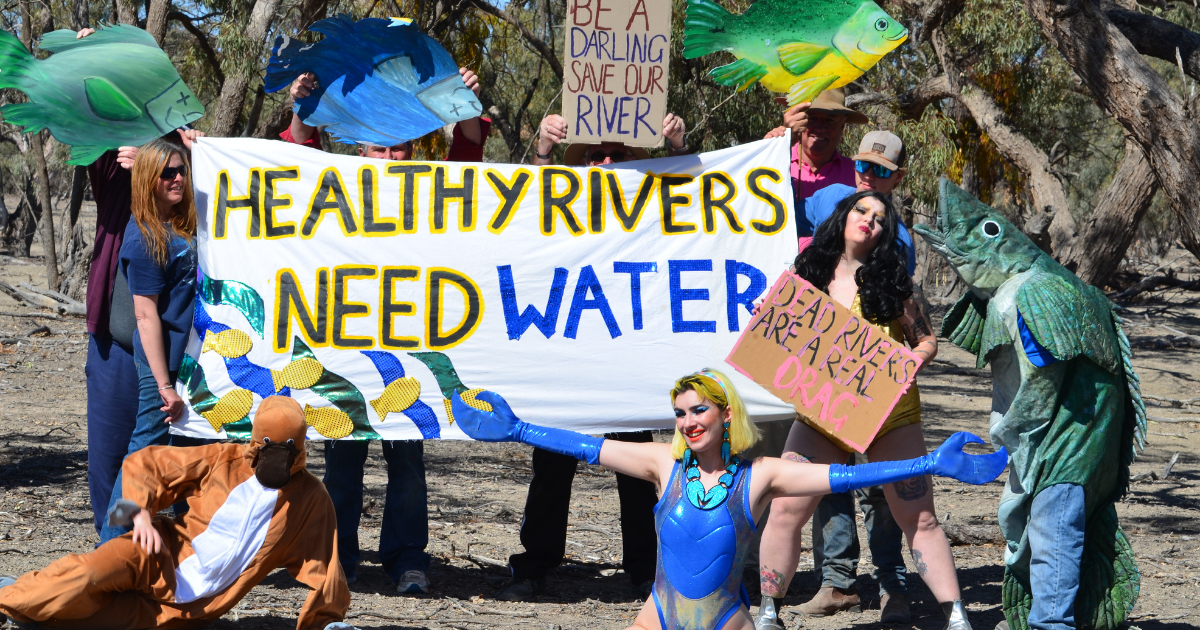