Will you join the Global Climate Strike? 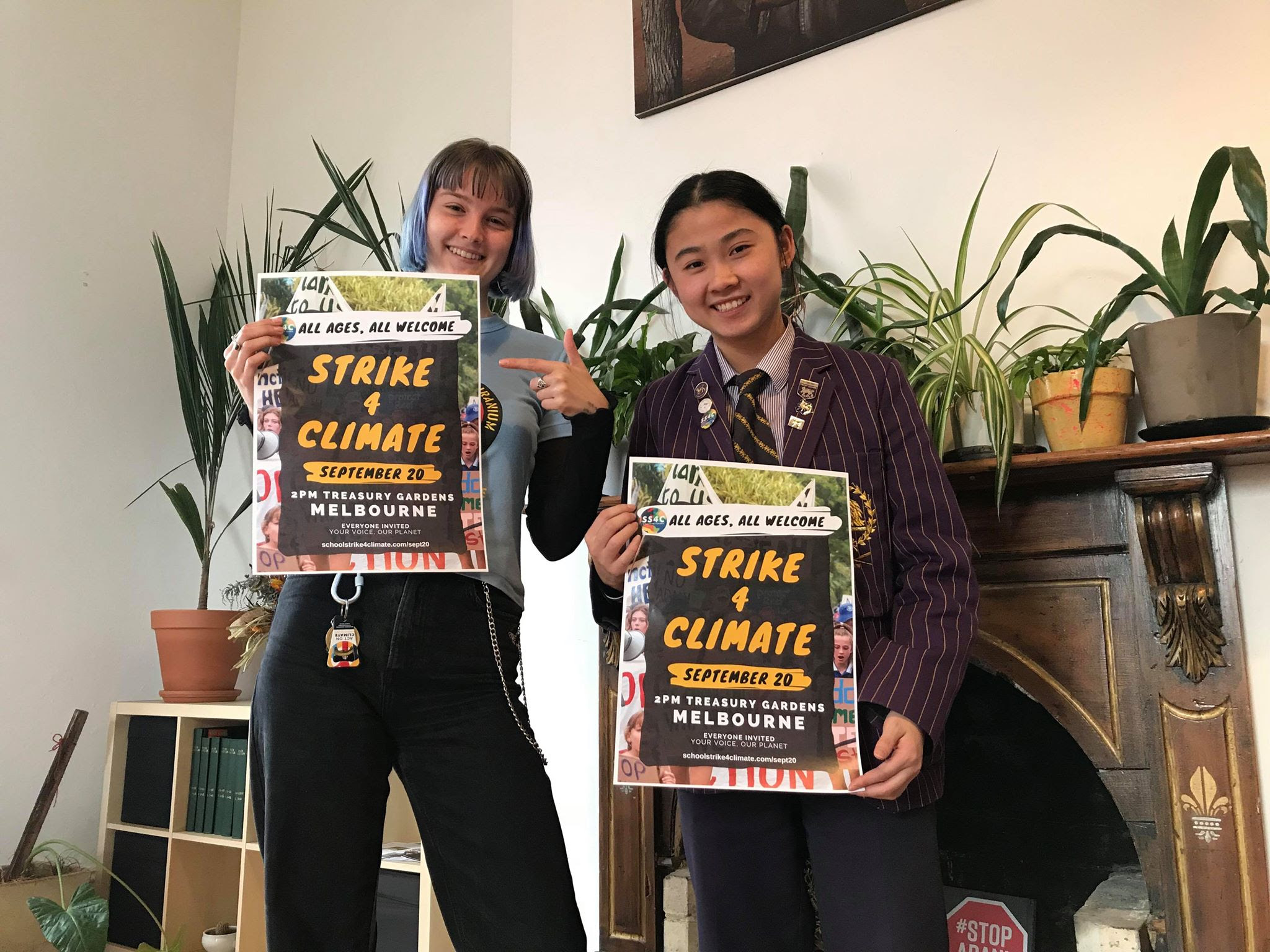 Cindy, a school striker, and Lucinda from Friends of Earth's Act on Climate collective here. We officially invite you to the Global Climate Strike on September 20!

The Federal government is failing embarrassingly on climate. Australia's carbon emissions are at a seven-year high and our government wants to open to new coal, gas, and oil projects! Whaaat?

We are in a climate crisis. Greenland is melting and the Amazon is on fire. And just look into our backyard - last summer we saw record breaking heatwaves and increased bushfires; NSW is in Drought; and Inverloch, Victoria has seen more than 30 meters of coastal erosion caused by rising sea levels.

The mining and burning of fossil fuels is the number one cause of climate change. If we continue to burn fossil fuels, the IPCC says we will see increasingly 'catastrophic impacts.'

So three days before the emergency UN Climate Action Summit takes place, School Strikers are calling on workers to put down tools and students to put down their books and join them on September 20!

Climate strikes are going to take place all across Victoria. You can find your local strike here!

If you are striking in Melbourne you can join us at the Friends of the Earth Bloc.

Keep an eye out for FoE staff among the crowd marshals.

Hope to see you there!

Cindy and Lucinda, Friends of the Earth.

PS: If you would like to help Marshall on the day, fill in this form.