Citizen science report back from the Dargo High Plains

Friends of the Earth recently held its first citizen science fieldtrip to map areas of Snow Gum forests in the Victorian mountains. These forests are largely protected in national parks but are threatened by climate driven fire regimes and dieback, which is caused by a native beetle.

We checked sites on the northern end of the Dargo High Plains, which is roughly south of the Hotham ski resort. We visited areas that have been burnt multiple times in recent years. This has resulted in the death of most parent trees, and then loss of the seedlings and resprouting that occured after the first fire. For several years, there was no obvious regrowth across are area, which is estimated as being several hectares in size. We were pleased to see that, after two mild and wet summers, seedlings have finally started to grow in sections of these burnt forests. 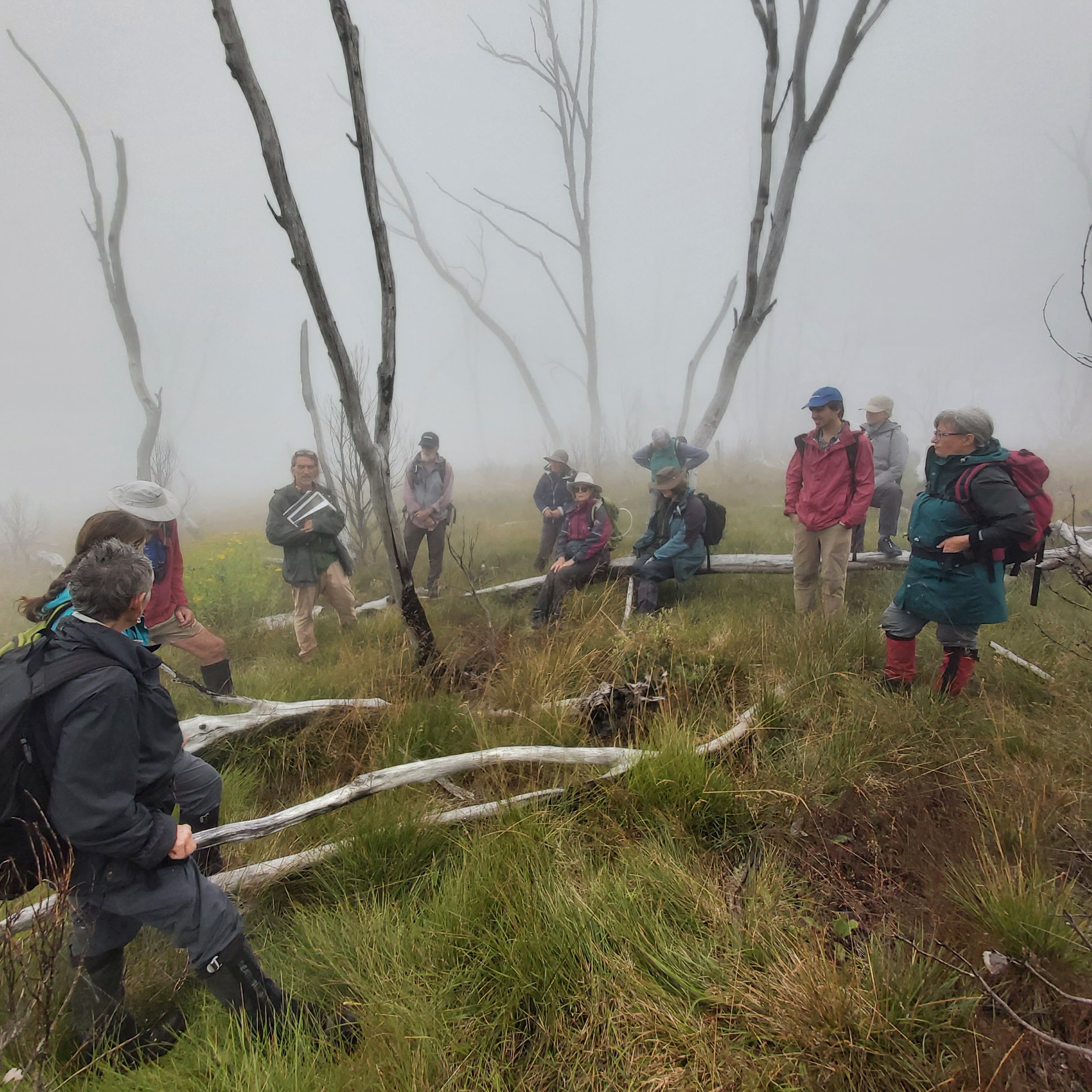 While these forests will recover from fire, climate change is making fires more frequent and this is leading to local loss of Snow Gum woodlands. The dilemma we face is that no one knows how extensive this local loss is. That is why we are starting to map areas that are known to have been affected by multiple fires.

Until we respond to climate change in a meaningful way, we will continue to see ever worse impacts from climate change, like more frequent fires. We need to be able to protect these forests as they recover from fire. That means more resources to fight fires in remote areas.

There is an ABC news story on our field work available here.

Last winter FoE released its Icon at Risk report (available here) which outlines the many threats to the Victorian high country. It highlighted the fact that in the mountains of Victoria, NSW and the ACT,  wildfire has been devastating large swathes of snow gum habitat, with significant fires in the Victorian High Country in 1998, 2002/3, 2006/7, 2013 and 2019/20. Much of Kosciuszko National Park was burnt in 2003 and 2019/20. South Eastern Australia suffered from a drought that lasted more than a decade and this has increased the severity of the fires that have occurred since the turn of the 21st century. It is estimated that the 2019-2020 bushfires impacted 462 km2 (33%) of mapped snow gum forest that regularly has seasonal snowpack.

After fire, the parent tree is often killed back to ground level, with subsequent re-shooting of leaves from epicormic shoots or lignotuber. In this way, individual trees can exist through various ‘lives’, often surviving multiple fires. However, more frequent fires is causing more death of trees. The scale of this loss has not yet been fully mapped.

Although heavy rain meant we cancelled most of the field work, the sites we did visit underscored the fact that these multiple burnt forests need fire to be excluded for long periods of time as they recover and slowly transition into stable older forests. That means more capacity to stop small fires caused by lightning before they turn into blazes.

Thanks to everyone who attended the trip. We had participants from Bright, Canberra, Corryong, Dinner Plain and Mt Hotham and elsewhere in north east Victoria, Harrietville, Melbourne, and Metung.

You can see photos from the fieldtrip here.

Please sign our petition to the VIC environment minister, asking her to respond to the recommendations in the ‘Icon at Risk’ report.

You can find our priority ideas for fire policy here. 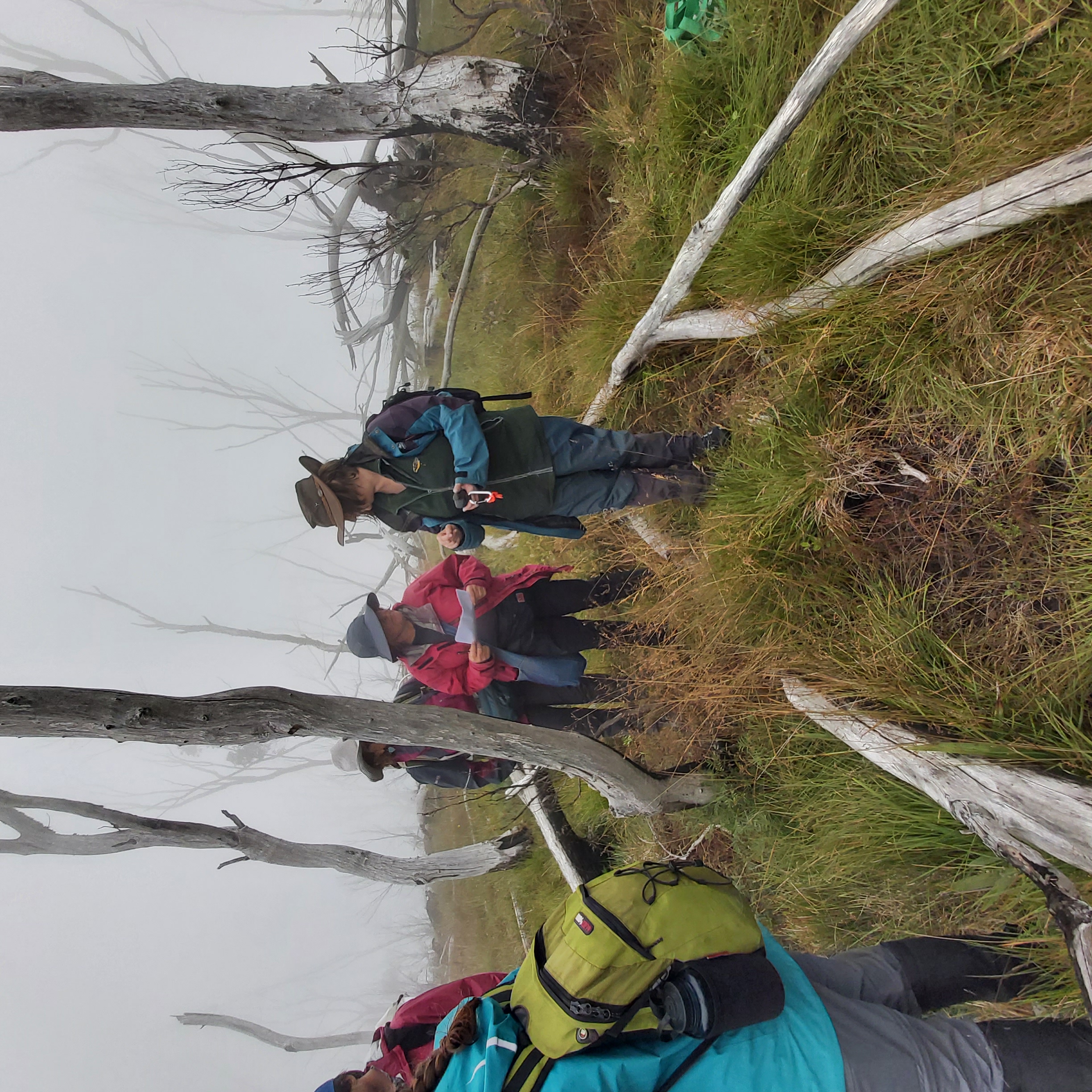 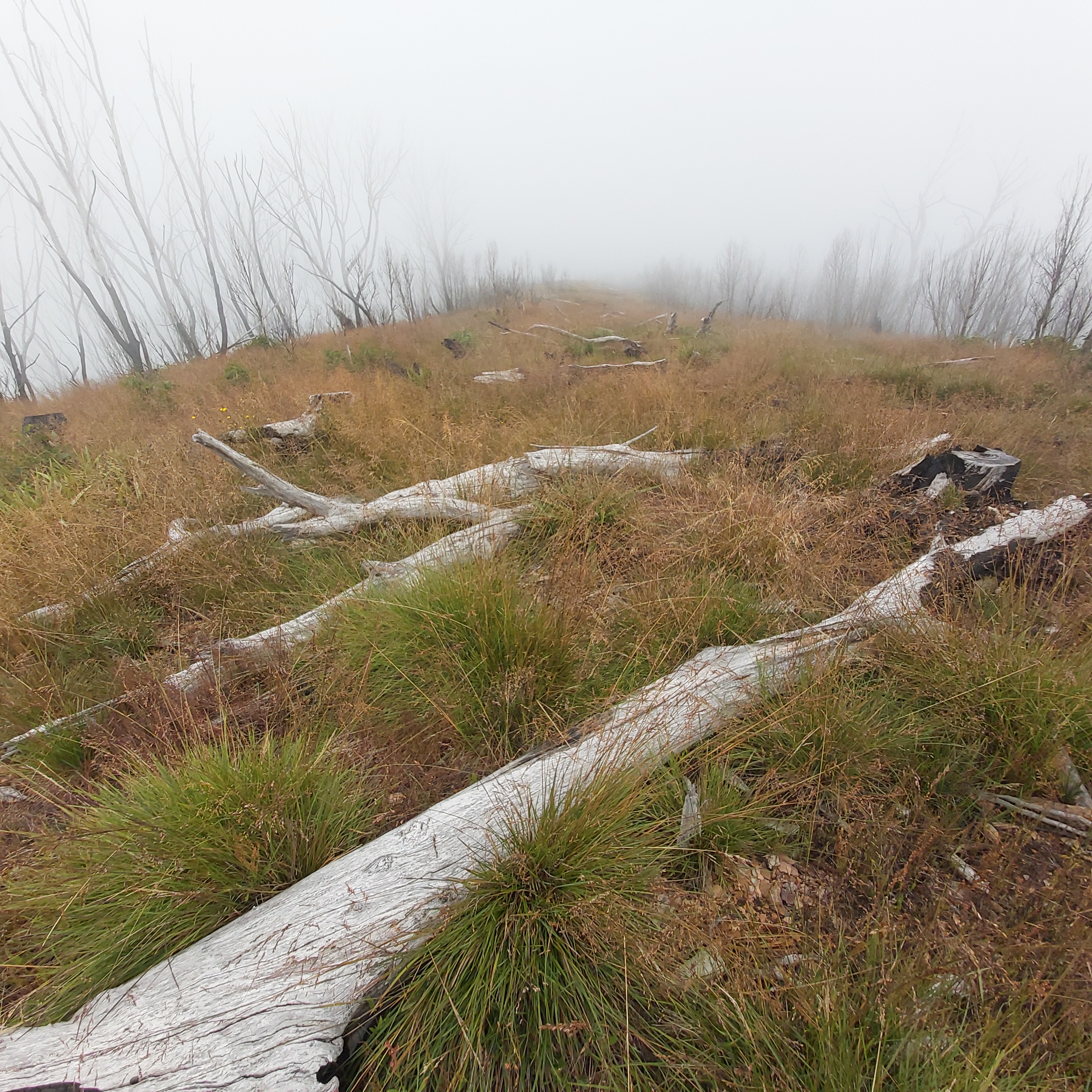 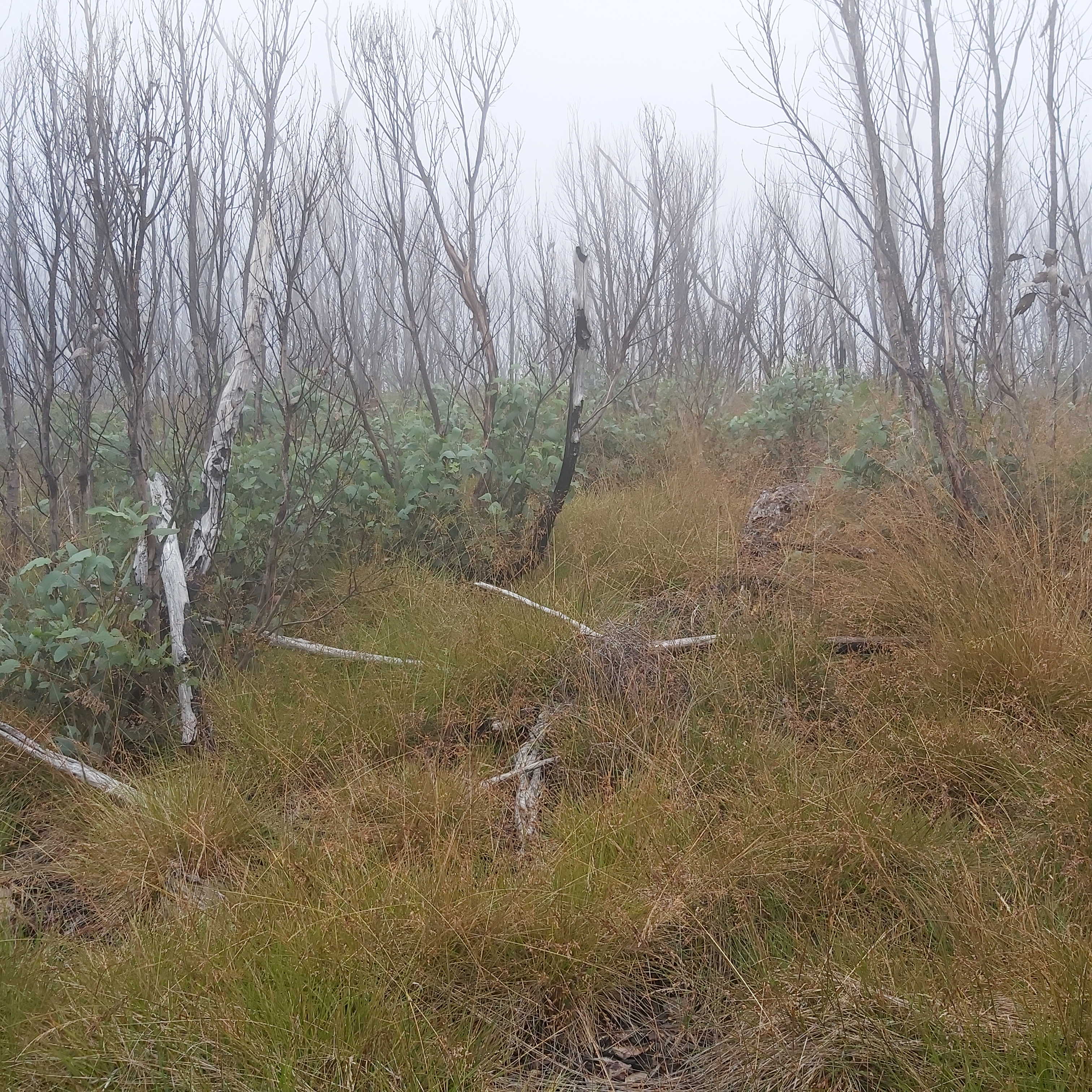 ABOVE: the original forest here was killed by fire. A regrowth forest started to replace it, but was killed in a subsequent fire. Now, after several years, a new generation of seedlings are finally getting established. 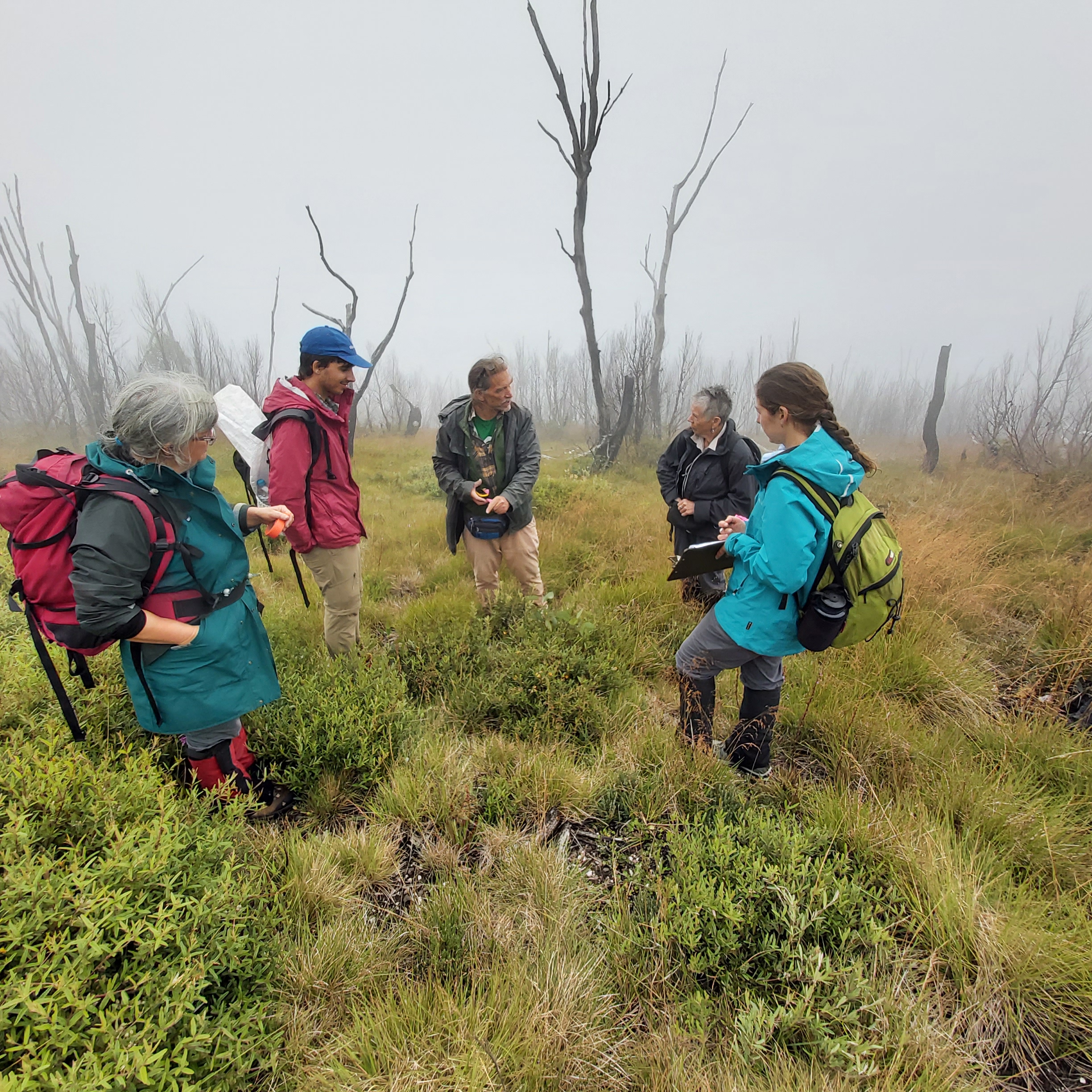 There is still time to protect the Little Dargo River