'the places humanity must not destroy to avoid climate chaos'

Detailed new mapping has pinpointed the carbon-rich forests and peatlands that humanity cannot afford to destroy if climate catastrophe is to be avoided.

The vast forests and peatlands of Russia, Canada and the US are vital, researchers found, as are tropical forests in the Amazon, the Congo and south-east Asia. Peat bogs in the UK and mangrove swamps and eucalyptus forests in Australia are also on the list.

This highlights the need to protect the carbon dense forests of south eastern Australia which are still being subjected to clearfell logging. 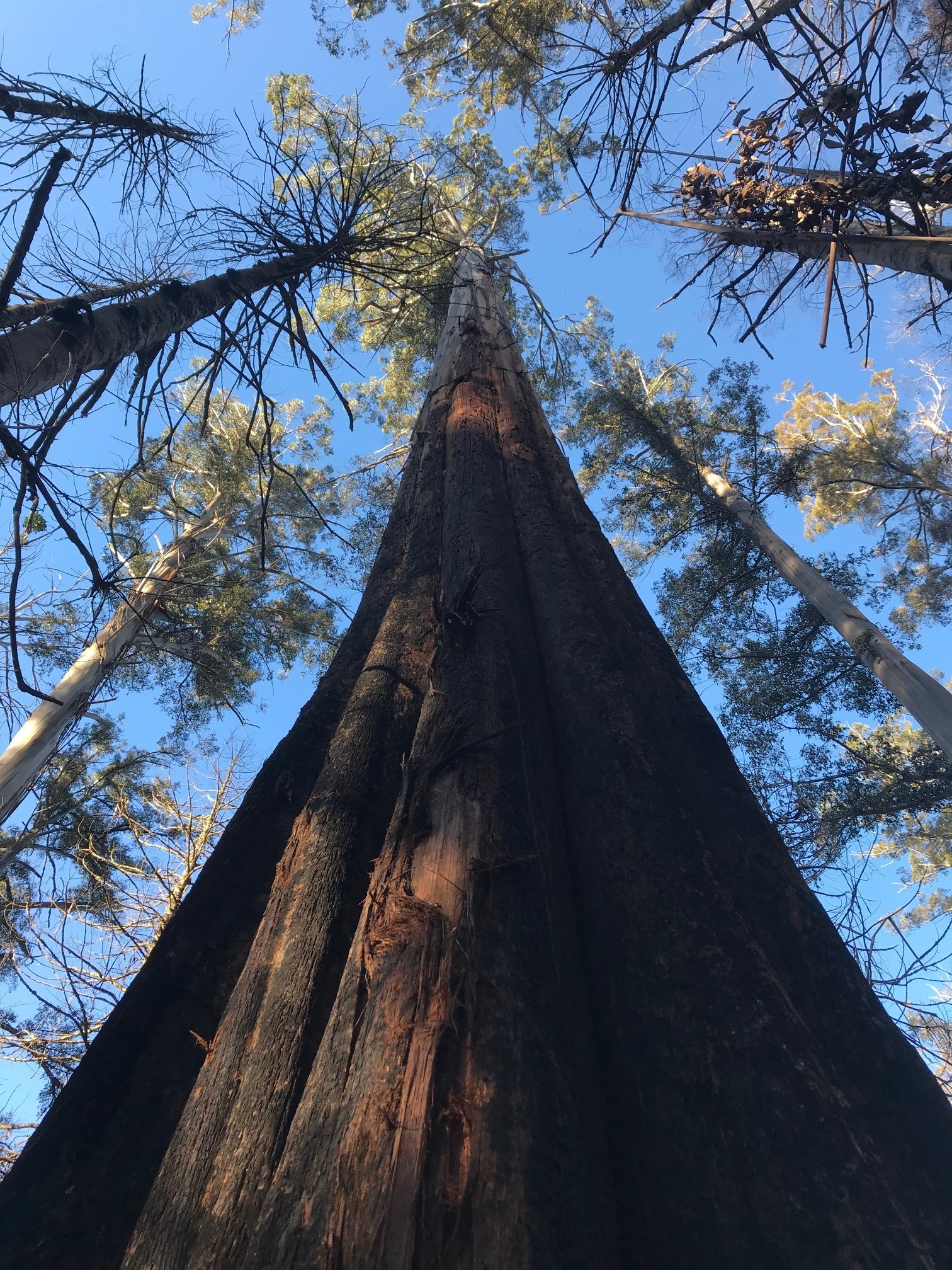 Background to the research

According to reporting in The Guardian,

The scientists identified 139bn tonnes (139Gt) of carbon in trees, plants and soils as “irrecoverable”, meaning that natural regeneration could not replace its loss by 2050, the date by which the net global carbon emissions must end to avoid the worst impacts of global heating. In the last decade alone, farming, logging and wildfires have caused the release of at least 4Gt of irrecoverable carbon, the researchers said.

The Earth’s irrecoverable carbon is highly concentrated, the researchers showed. Half of it is found on just 3.3% of the world’s land, making focused conservation projects highly effective.

Australia is home to 2.5% of the world’s irrecoverable carbon, in its coastal mangroves and seagrasses as well as forests in the south-east and south-west, which were hit by megafires in 2019-20.

The report can be found here.

Protecting forests is part of the solution to climate change

Slashing the burning of fossil fuel is key to ending the climate crisis. However, ending the clearcutting of forests and conversion of forests to other uses is also crucial.

The easiest and cheapest way to both reduce and store emissions is by keeping the mature vegetation we still have.

“We absolutely must protect this irrecoverable carbon to avert climate catastrophe – we must keep it in the ground,” said Monica Noon at Conservation International, the lead author of the study. “These are the areas that really cannot be recovered in our generation – it is our generation’s carbon to protect. But with irrecoverable carbon concentrated in a relatively small area of land, the world could protect the majority of these climate-essential places by 2030.”

In the case of south eastern Australia, Mountain Ash forests represent some of the most carbon dense forests on the planet.

Research by Professor Brendan Mackey of the Australian National University and colleagues found that, when compared with forests around the world, such as the Amazon, the highest amount of carbon was contained in a forest located in Victoria's Central Highlands, which held 1,900 tonnes of carbon per hectare.

This most "carbon-dense" forest was a stand of unlogged mountain ash over 100 years old. Mountain ash live for at least 350 years, says Mackey (source).

Alpine Ash forests, which generally exist at a higher elevation than Mountain Ash are also important stores of carbon. While large sections of these forests are now protected in national parks, significant sections are still exposed to clearfell logging, and this logging is releasing massive volumes of carbon, damaging water catchments, increasing fire risk and threatening many animal and plant species. To make matters worse, the Victorian taxpayer subsidises the state logging authority (VicForests).

The state ALP government has committed to ending all logging of native forests by 2030, with a reduction in logging volume from 2024. While ending logging is a move that must be congratulated, 2030 is too far away. With decades of intensive logging and huge destruction of forests due to wildfire, we now do not have enough commercially viable forests to last until 2030.

In Victoria, we need to bring forward the scheduled closure of native forest logging. 2030 is too far away.

Check the work of Goongerah Environment Centre (GECO) to find out more and get involved in their campaigns.

Check the Friends of the Earth forests campaign here.

Then there are the bushfires

While wildfires have been a fundamental part of the ecology of the Australian continent for many millions of years, fire seasons are being made worse by climate change. The 2019/20 fire season is indicative of the sort of future we face due to climate change.  And over our winter (the northern summer), huge areas of the USA, Canada, Siberia, parts of Africa and Europe experienced terrible fire seasons.

According to the Copernicus Atmosphere Monitoring Service, these fires produced a record amount of carbon emissions. Climate change has fueled hotter temperatures and drier conditions across the world, which have contributed to longer and more intense wildfire seasons. More intense fire seasons threaten the carbon dense forests of Mountain and Alpine Ash.

Australia's mean temperature has increased by 1.4 degrees Celsius since 1910, with a rapid increase in extreme heat events, while rainfall has declined in the southern and eastern regions of the continent. The extent of forest fires in Australia is increasing.

To keep remaining older Mountain and Alpine Ash forests safe from fire we need to greatly increase our ability to fight fires in remote and mountainous areas.

Using climate change terminology, we need to both ‘mitigate’ (reduce greenhouse gas emissions) and ‘adapt’ to changed conditions that will come from the climate change that is already locked into the system.

In terms of mitigation, please check our Act on Climate and Yes 2 Renewables campaigns for ideas on taking action.

After the failure of the federal government to commit to deeper emission reduction targets at the recent climate talks in Glasgow, Australia will now need to deliver its intended targets for 2030 by late next year. We will be launching a campaign soon, focused on the need for Australia to commit to science-based targets.

In terms of adaptation, here are a few ideas (mostly focused on Victoria):

Remote area firefighting. It’s great that the Victorian government has invested in more career firefighters. We need to also establish a remote area firefighting team responsible for tackling fires in our national parks and state forests. NSW, Tasmania and the ACT already have volunteer units. Victoria should do the same.

A national, publicly owned air fleet. One of the recommendations of the recent Bushfire Royal Commission report recommends the creation of a national publicly-owned aerial firefighting fleet, which can then be allocated to the states "according to greatest national need". The federal government has refused to adopt this recommendation.

To add your voice to the call for a national air fleet, please check here.

For background information on fires and the need for a fleet, please check here.

For other ideas on building our capacity to fight fire please check here.