86% of Victorians concerned about onshore gas - majority support a ban 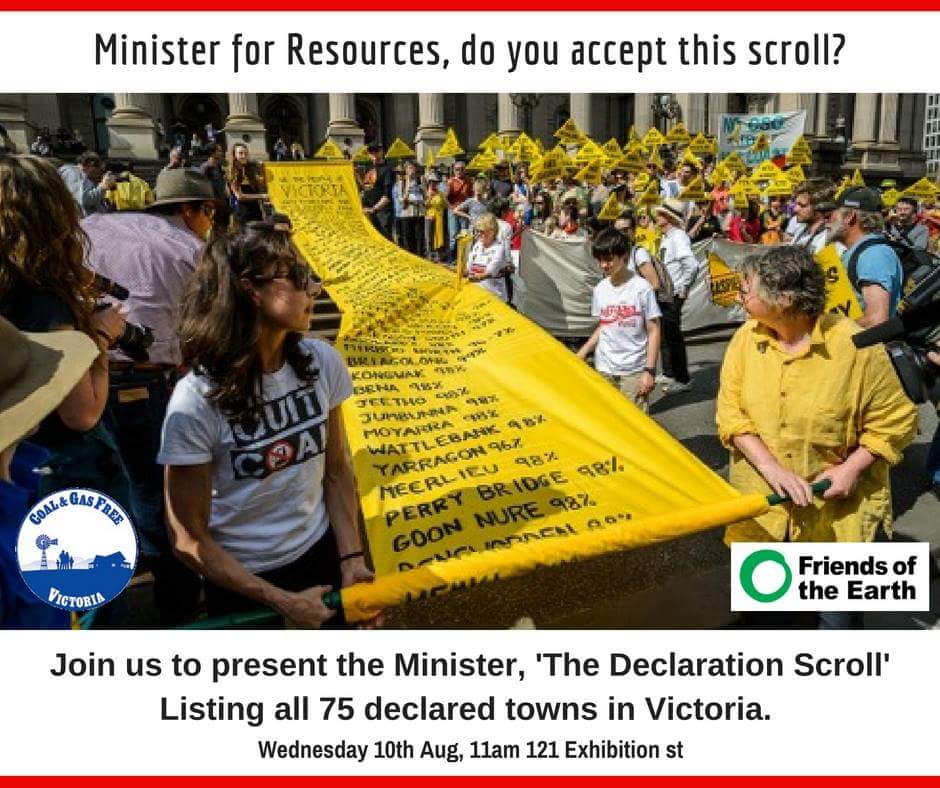 A week out from an expected state government announcement on the fate of the onshore gas industry, a state wide poll commissioned by Friends of the Earth has found a majority of Victorians support a permanent ban on onshore gas drilling.

The ReachTel poll found 86% of those surveyed expressed concern about the impacts of onshore gas and fracking on water systems and farming lands, with 55% supporting a permanent ban on the industry. Less than 10% opposed a permanent ban.

These numbers come in addition to 75 rural Victorian communities who have declared their roads and lands "Gasfield Free" via comprehensive grassroots surveys.  On average 96% of those in affected communities opposed the development of onshore gas, declaring that they will do what it takes to stop the industry getting a foothold in their region.

"Today's polls show the majority of Victorians stand with rural communities in their concern about onshore gas. Both urban and regional Victorians are worried about risks to food production, water systems and the industrialisation of rural communities and landscapes," said Friends of the Earth spokesperson Chloe Aldenhoven.

"This demonstrates an extraordinary consensus in the community. Few issues bring people together across the political spectrum like this. Victorians believe onshore gas is too risky to proceed with; The Andrews government need to respect the community position and put in place a permanent ban."

The Andrews government are expected to respond to a state-wide inquiry into the industry next week, including a decision on the fate of the current moratorium on onshore gas drilling. Resources Minister Wade Noonan has been meeting with community and industry stakeholders over Parliament's winter recess.

Members of affected communities will present the polling and gasfield free community surveys in the form of a giant scroll to Mr Noonan at his ministerial office (121 Exhibition St) today at 11am.

"This scroll represents 75 Victorian communities' commitment to do whatever it takes to remain gasfield free.  These communities have conducted door to door surveys, with an average of 96% of residents saying they do not want gasfields to go ahead in their region," said Moriac resident and mother of two, Alison Marchant, who currently lives under an onshore gas exploration license.

"We're presenting this declaration scroll to remind the minister, these communities are not going to back down.

"The concerns of these affected communities need to be the key consideration for the government as they make a decision. The people set to be directly affected don't want to bear the risks,  and the majority of Victorians support them.

"Domestic gas demand is set to halve in Eastern Australia over the next ten years. Onshore gas mining and fracking are nothing but a money grab by international corporations. And its our communities that are going to suffer," said Mrs Marchant.