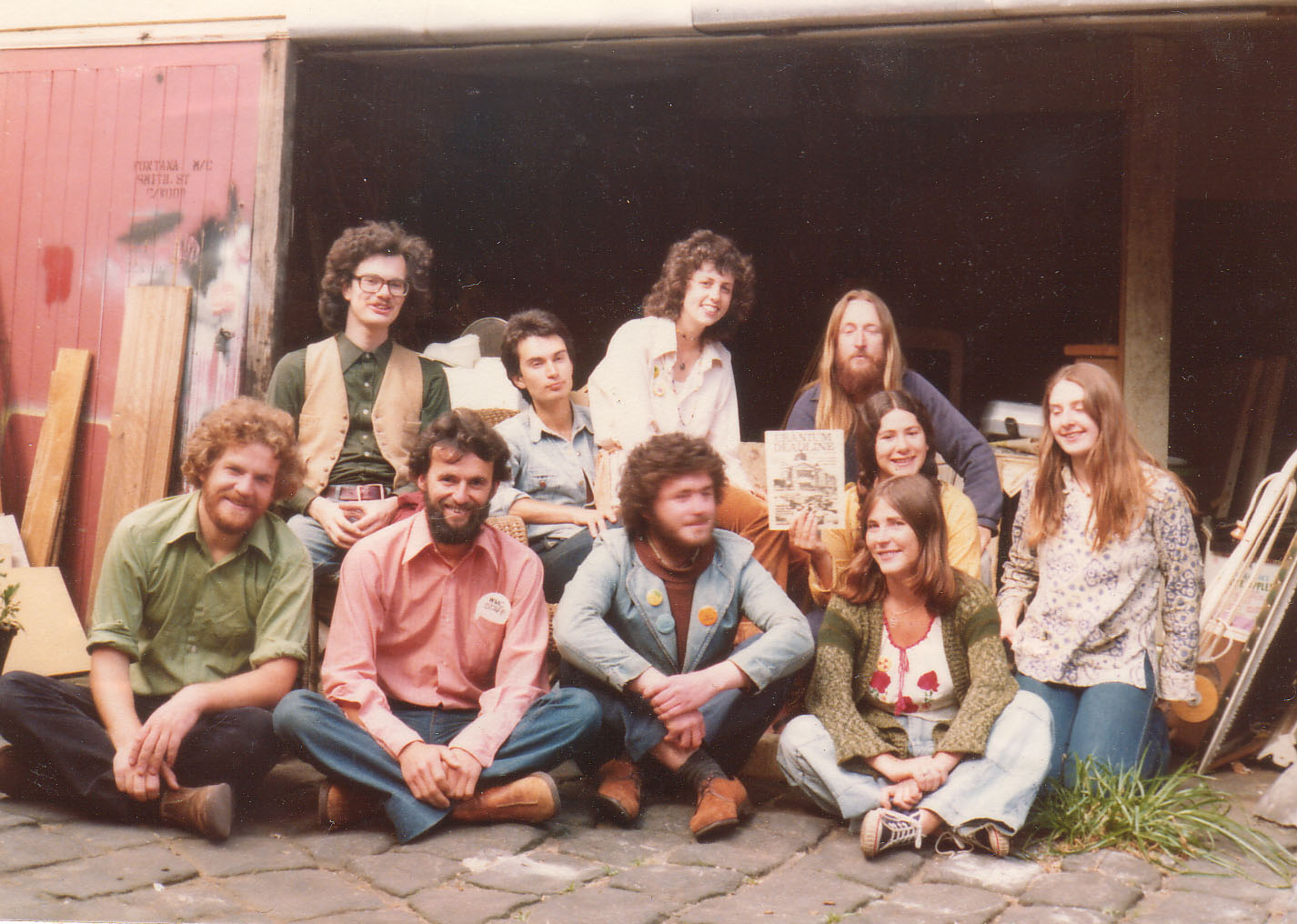 Key moments in Friends of the Earth early years

1972 The first Friends of the Earth group in Australia was formed at Adelaide Uni, one of a number of organisations that grew out of a group called Social Action.  The first Australian FOE group campaigned on issues including waste, pollution, Coca Cola and French nuclear tests in the Pacific.

1973 Friends of the Earth Melbourne was established based on broad social and ecological movements that were forming across Australia and around the world.

1974 Friends of the Earth Australia was founded at a meeting on French Island in Westernport Bay, Victoria, on the site of a proposed nuclear reactor which was later defeated.  FOE Australia identified itself as a radical ecological group recognising the need to move to sustainable and equitable social systems to protect people and the environment.  FOE activists lobbied governments and fought for change, building on a growing public awareness of sustainable ecology, the Aboriginal land rights movement, the women’s movement, and the trade union led Green Bans movement.

FOE Adelaide negotiates with the Australia Party and the Plumbers and Gasfitters Union to establish the Campaign Against Nuclear Energy.

1975 The Campaign Against Nuclear Energy (CANE) is officially launched.

FOE is involved in mass demonstrations to oppose uranium mining and to protect the moratorium on uranium mines.

FOE organises a Ride Against Uranium, 250 people ride from Melbourne, Sydney and Adelaide to Canberra where Bill Liechacz from FOE NSW burns the coffin of the "ALP Conscience" with a flame kindled by his solar cooker.

FOE anti-uranium activists track the Federal government's Ranger Uranium Inquiry (aka the Fox inquiry) around the country, travelling by train and hitch-hiking. The Age newspaper reports that FOE’s 300-page submission to the Fox inquiry, "… mostly shaped the major qualms expressed by the Fox report" and that, "… at the moment, FOE could rightly claim to be the most potent environmental group in the country".

FOE Melbourne campaigns on the problem of lead in petrol. The oil industry fights back, but with strong community education and lobbying, FOE and allies win the campaign by the mid-1980s instituting lead-free petrol across Australia.

Mid-1970s Friends of the Earth campaigns extensively to protect Antarctica, and publishes 'Antarctica: World Law and the Last Wilderness'.  Converging with allied groups, FOE forms the Antarctica and Southern Oceans Coalition, campaigning in the public realm in Australia and through international meetings, leading to the Madrid Protocol banning mining in Antarctica for at least 50 years.

1976 400 riders participate in a ride against uranium mining building FOE’s profile to such an extent that, in the words of Chain Reaction editor Richard Nankin, "we now work in overcrowded offices, with people coming and going at all hours, the phones always ringing madly".

FOE establishes the Atom-Free Embassy outside the Australian Atomic Energy Commission at Lucas Heights, NSW.  A gun-shot is fired over the Embassy one night.  A tepee is set up at the Embassy functioning as the local branch of the FOE Leak Bureau.  Vege and herb gardens are established, while lock-on’s and truck blockades ensue.

The Age newspaper describes the FOE Melbourne office as a "barely furnished terrace house in Carlton” noting that FOE  “... has so far gained support of not just the left wing unions but professional organisations and church groups ...".

FOE Sydney hosts a speaking tour by Dale Bridenbaugh, an engineer with General Electric USA, on GE's nuclear safety problems with the boiling water reactor design. Thirty-five years later, those design flaws are exposed in the Fukushima disaster in Japan.

FOE’s Chain Reaction magazine puts out a call via the 'Leak Bureau' for corporate and government whistle-blowers to provide information.  A whistle-blower emerges from Mary Kathleen Uranium Mining leaking documents to FOE that reveal the existence of a global uranium cartel, leading to protracted international scandals and fines totalling hundreds of millions of dollars.

FOE is involved in actions preventing the loading and shipping of uranium from wharfs in Sydney and Melbourne.  FOE magazine Chain Reaction publishes an apology for its lateness stating, "FOE absenteeism reached 100% during the Swanston Dock actions where mounted police led a charge over the top of protesters sitting on a wharf beside a ship loaded with Australian uranium”. Commenting on the heavy-handed tactics of police at the protest, Chief Police Commissioner Miller said, “I'd use elephants if I had them.”

In Port Pirie, 200 kms north of Adelaide, a group of concerned people get together to campaign on the radiation risks from the Port Pirie Uranium Treatment Complex and set up a FOE South Australia group.

Almost all Australian FOE groups are working on anti-nuclear and no whaling issues.

Community activists supported by FOE Melbourne set up barricades on Alexandra Parade, Collingwood to stop the construction of the F19, later renamed the Eastern freeway, raising community support, and many protesters are arrested.  The F19 protests hit the headlines and force the issue of better transport planning on to government agendas bolstering future campaigns.

1978 Activist Rolf Heimann is gaoled for protesting the docking of a nuclear submarine.  Heimann’s book, 'Knocking on Heaven's Door', published by FOE, is an activist travelogue opposing nuclear testing in the Pacific, with a foreword by “our old friend Spike Milligan”.

A Women’s edition of Chain Reaction magazine publishes articles on sexism, women at work, and feminism.

Indigenous land rights and uranium mine protests by traditional land owners, supported by FOE and trade union activists continue to call for ALP no new mines policy to stand.

FOE is among the few official parties invited to the Inquiry into Whales and Whaling. Following the announcement that the last whaling station at Albany, WA is to close, FOE campaigns for a whale sanctuary in Australian territorial waters, a ban on the import of whale products, and for Australia to take a proactive role in international forums to secure global protection for all species of whale from commercial operations.  Due to intense campaigning by FOE and many other environmental groups, the Federal government places a total ban on whaling in Australian waters.

1979 Chain Reaction magazine reports that Joh Bjelke-Peterson supports nuclear power, having previously advocated the use of nuclear weapons as, “peaceful nuclear explosives” to halt the progress of the Crown of Thorns Starfish on the Great Barrier Reef.

By 1979, there are 46 Friends of the Earth groups established throughout Australia.

2020 Friends of the Earth Melbourne: mobilise - resist – transform
Friends of the Earth continues to campaign on environmental and social justice issues including climate and energy justice, anti-nuclear, land and water, food and technology, economics for earth and indigenous land rights, across Australia and the world.

Become a member of Friends of the Earth

Join a collective at Friends of the Earth Melbourne