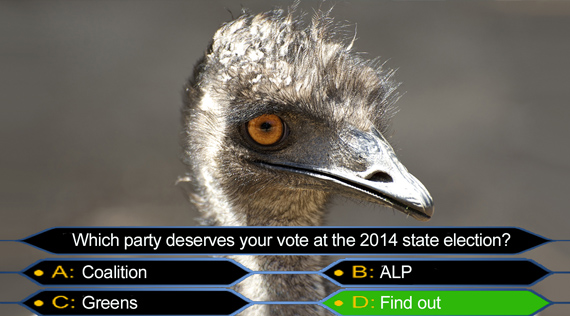 The 2014 State election will set the agenda for environment and climate policy for years to come. So it’s time to put the major parties to the test on climate and environment.

Who are the people that want this power and how do they intend to use it?

Come and hear the major parties put forward their case for why they deserve your vote. We’ve invited each major party to explain their philosophies and outline their policies for the climate and our environment.

FoE has joined Environment Victoria, Get Up and a number of other groups to host these events.
Two forums are confirmed so far:

With Michael Williams, Director of the Wheeler Centre.

ALP in the hot seat

Greens in the hot seat


Coalition in the hot seat

So far the Coalition has declined to attend, but the invitation remains open.