As you know, after a five year campaign we were on the cusp of stopping unconventional gas drilling in Victoria permanently. The final decision from government was expected in early June. An unexpected Cabinet shuffle threw that timeline out the window. 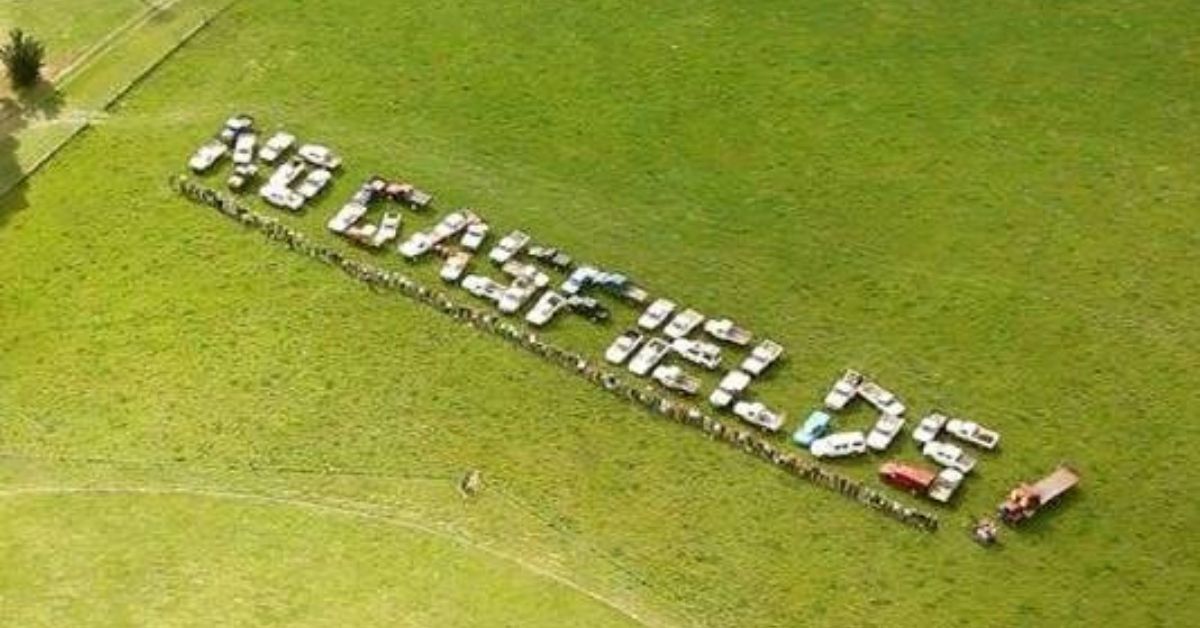 The new minister for Resources, who will need to make the final decision on whether to make the current moratorium permanent or open the door to onshore gas drilling, is Wade Noonan.

Mr Noonan knows that this is a big decision, with serious implications for our state, and has decided he wants to take his time to fully understand the situation. He is consulting with stakeholders and visiting regional communities. There is no doubt that the community had won the argument over the last few years. But the extra time allows the gas industry to regain lost ground as they attempt to swing the new minister over to their side.

We cannot let this happen.

We have until August to influence the minister. But the next few weeks are vital. We need to make it clear that the vast majority of Victorians will support a permanent ban on ALL onshore gas drilling. A permanent ban will:

And imagine if Victoria became the first state in the country to enact a permanent ban! It would provide a powerful example for other states.

We have about 6 weeks to influence the minister. The next three weeks are vital. He is visiting regional communities next week.

First up, please tell the minister you want a permanent ban on all onshore gas. Yes, you’ve done this before. But the new minister needs to hear this.

The most powerful way to do this is to ring his ministerial office, say you want to leave a message for the minister, then give your name and address and leave a short statement.

The next most powerful thing you can do is email him: [email protected]

A short message is all that’s needed. Eg:

Or mention him on social media (twitter and facebook are best), with a positive message explaining that you’re looking forward to him announcing a permanent ban on all onshore gas drilling. Tell him communities want certainty. Please use the hashtag #VicGasBan

Politicians pay attention to press clippings that mention them. Please write to:

The Herald Sun. The Herald Sun can be expected to be pro gas, and hence when they do occasionally report on the issue, they tend to be one sided or pro industry. If we can flood the paper with letters it sends a clear message to the editor that the community does indeed want a ban.

3/ keep the pressure on the premier.

Daniel Andrews is on the public record saying that industry will not proceed until there is ‘broad support’ for it. Please remind him that you support a ban.

Social media is an easy way to do this. Just search for the premier’s name on twitter or facebook.

Remember the other members of Cabinet. Deputy Premier James Merlino, treasurer Tim Pallas, and regional MPs outside the ‘gas country’ (Jacinta Allen, Jaala Pulford, Maree Edwards, Mary-Ann Thomas) need to understand the depth of community opinion. Please let them know by mentioning them on facebook or twitter or emailing or calling. All details available here.

5/ Ask for a meeting with the minister.

If you’re a member of a rural group, a climate change group, a small business in regional VIC, a service club or CWA branch, a footy or netball club, etc then your group should request a meeting asap.  Most groups will not get a meeting but this will demonstrate the level of community concern.

Just send a brief note saying who your group is, what your concerns are, and why you wish to meet the minister to [email protected] asap, with Request for meeting in the subject line.

Some of the visual highlights of this campaign have been the 72 community gasfield free declarations (for instance Meerlieu and surrounding areas), the ‘ute muster’ outside parliament, the Feb 9 rally on the first day of parliament, and the sheep ‘ban gas’ sign.

If you’re a part of a group, please consider doing a stunt or action to demonstrate why you want a ban. Some ideas: a sign on a beach (onshore gas will drive climate change, which will drive sea level rise), a landscape that’s at threat because of climate change (where I live in central VIC we’re already losing old growth trees on Mt Alexander because of sustained drought), or outside an MPs office (for a list of Cabinet members please check here).

7/ Please ask your friends to do the same.

Our petition, calling for a permanent ban on all onshore gas, is available here.

Check out the Coal and Gas Free VIC facebook page for updates.

We have run this entire campaign on a shoe string budget. If you could help us with a tax deductible donation that would help us focus on what we need to do (campaign) rather than worry about fund raising. Thanks.

This is the best chance we will ever get to stop this destructive industry. Please stay with us for the last 6 weeks and help get Victoria over the line.