Join us in amplifying our recent nomination to protect the Strzelecki koala under the EPBC Act!

On March 31st Friends of the Earth made a nomination to consider the Strzelecki koala for listing under the federal environment law - Environment Protection Biodiversity & Conservation (EPBC) Act. This act serves to protect threatened species across Australia, however approving nominations can come as a challenge for our endangered wildlife.

The future for the Strzelecki Koala is uncertain with a dwindling population, with estimates of 1,500-2,000 animals. Yet with ongoing pressures felt with intensifying weather events (bushfires & storms), logging, disease, car strikes and dog attacks, they are only hanging on by a limb. Their future is critical as they are the only koalas in Victoria to descend from the original koala genome, meaning they are genetically diverse and significant.

Can you help to amplify the voices across our community to demonstrate how important the Strzelecki koalas are by sending a quick email today to Victorian Environment Minister Lily D'Ambrosio? 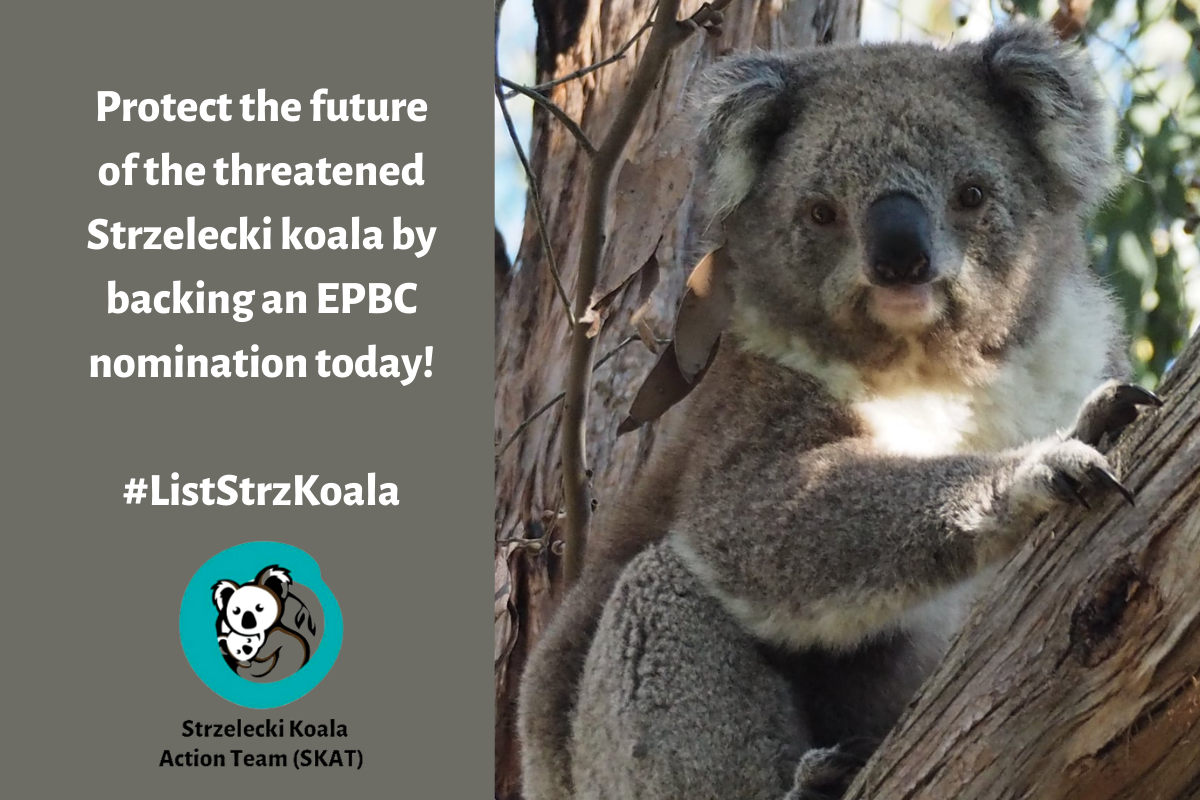