The Radioactive Exposure Tour 2018 was a great success, with thirty interested, passionate people listening, learning and showing  their support to the people at the frontline fighting the nuclear industry in South Australia. Here is report back from the 2nd part of the tour (see here for details on first 4 days). 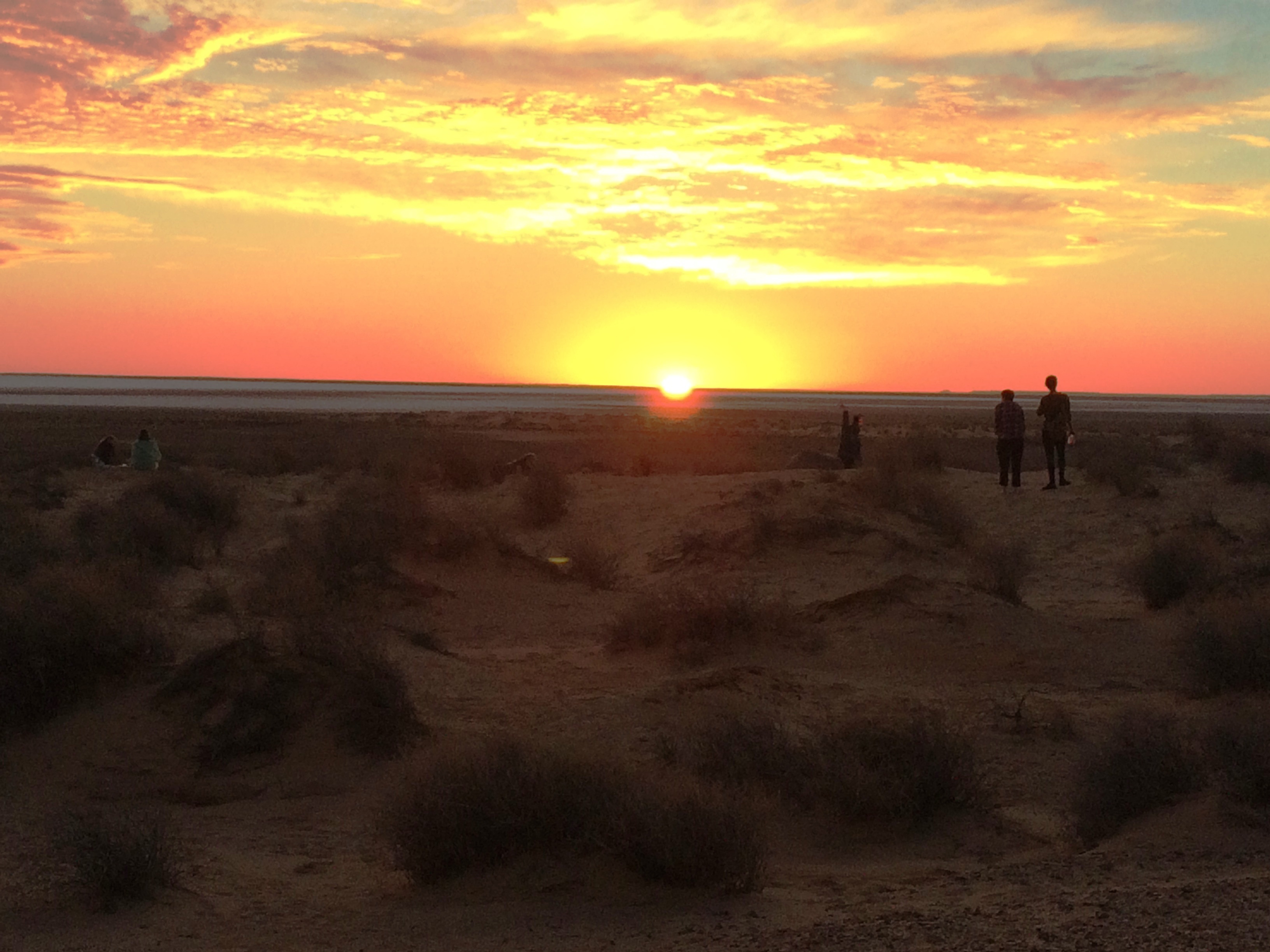 There is not much you can say about the sunrise at Lake Eyre on Arabunna country, it is beautiful and moving beyond words. Glen Wingfield, Kokatha traditional owner joined us at the lake, to share stories of resistence. He is part of a long line of staunch anti-nuclear activists who have challenged the industry at every step. Not far down the road, we visit the sacred Mound Springs. These oasis in the desert are fed by the Great Artisan Basin, and also challenge the English language to capture their majestry. Here, we learnt how they are slowly losing pressure due to massive amounts of water (37 million litres of water a day) being extracted by BHP Billiton's Olympic Dam Uranium mine. 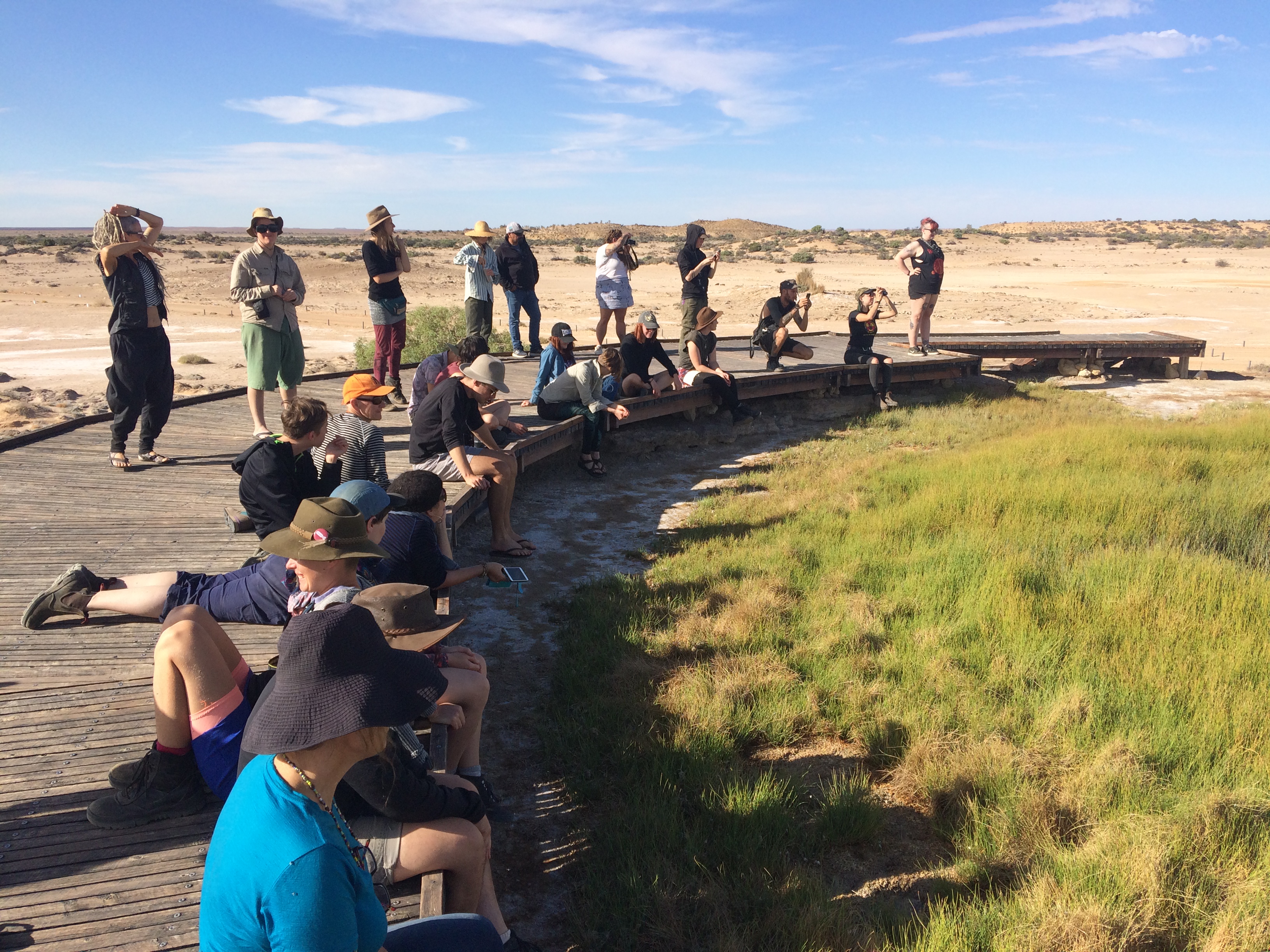 After a night at Parachilna Gorge, we spent two nights at Wilpena Pound and met with Traditional Owners Regina and Vivianne McKenzie and Tony Clarke about the current campaign to stop a national nuclear waste dump being built near Hawker in the Flinders Ranges. We visited the proposed dump site with Traditional Owners and members of the Flinders Local Action Group, including areas severely by floods and the beautiful Hookina Springs. 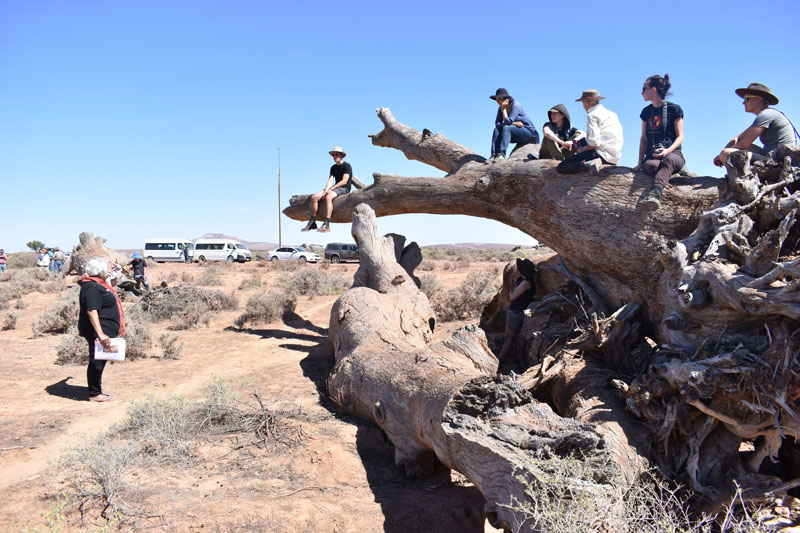 A number of participants in this year's Rad Tour have been heavily involved in International Campaign to Abolish Nuclear Weapons (ICAN), winner of the 2017 Nobel Peace Prize and instigator of the UN Treaty for the Probibition of Nuclear Weapons. Dimity, an ICAN founder, brought the Nobel Peace Prize Medal on the Rad Tour. It was amazing to bring the medal out on country that has been directly affected by atomic testing and the people who have fought so hard to bring attention to devastation of nuclear weapons. Here is the medal with Dr Margie Beavis from Medical Association for the Prevention of War, Dimity Hawkins, AC Hunter from ACE Collective, Regina McKenzie and Gem Romuld from ICAN (Left to Right). 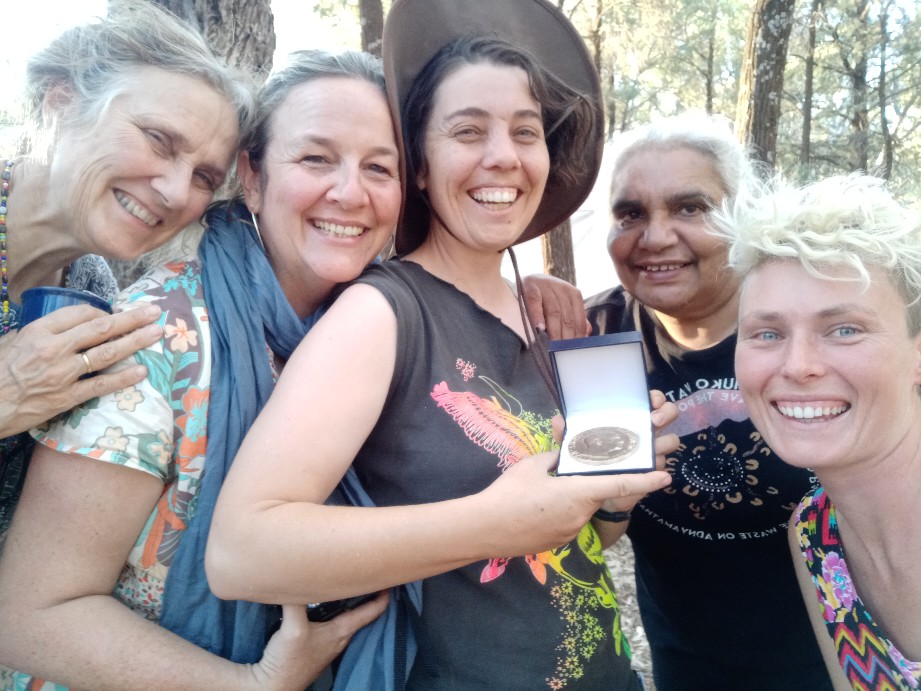 The Rad Tour was everything we at ACE Nuclear Free Collective hoped (and worked) for. We showed our solidarity and ongoing commitment to the fight against the nuclear industry in SA, there was much learning and sharing and we had a lot of fun. Looking forward to doing it all again in two years time!