A new report has been co-published by The Tree Projects and Victorian Forest Alliance. It details the carbon emissions from Victoria’s forestry sector. Written by Dr Jennifer Sanger, ecologist from The Tree Projects, this report has been adapted from a similar report released in June 2022 about Tasmania’s forests, Tasmania’s Forest Carbon: From emissions disaster to climate solution.

“Victoria’s forests are worth more standing. They are natural carbon sinks, sequestering thousands of tonnes of carbon each year requiring immediate protection” said Alana Mountain, forest campaign coordinator at Friends of the Earth.

“Victoria’s native forests are some of the world’s most carbon dense forests and we depend on their carbon sequestration and storage capabilities”.

“These forest ecosystems are now at risk of collapse due to climate change, over logging and bushfires. Continuing to knowingly compromise biodiversity, water and critical carbon stores at this point in history is criminal”.

“The government recently announced its ambitious emissions reduction targets within the energy sector, yet have not opened up the dialogue on bringing forward the end to native forest logging, whilst boasting ‘real climate action’".

“You cannot on one hand destroy forest carbon sinks, contributing 3 million tonnes of carbon pollution each year from deforestation whilst on the other, claim that you are a global leader on climate action. The government needs to respond to the findings of this report and begin to take meaningful steps to transition by 2024 before it’s too late”.

“There is also a massive opportunity to immediately cut a significant portion of state emissions contributed by logging. By ending native forest logging now instead of 2030, Victoria could prevent up to 14 million tonnes of carbon from being emitted”.

“Protecting forests is a low-cost, effective and immediate way to achieve both emissions reduction and to absorb carbon from the atmosphere. It is a sensible step and a necessary one if the government is serious about climate action”.

“Will the government listen to the consensus science and work with affected communities to bring forward and achieve a just transition for all?” said Alana.


Key Points from the report include: 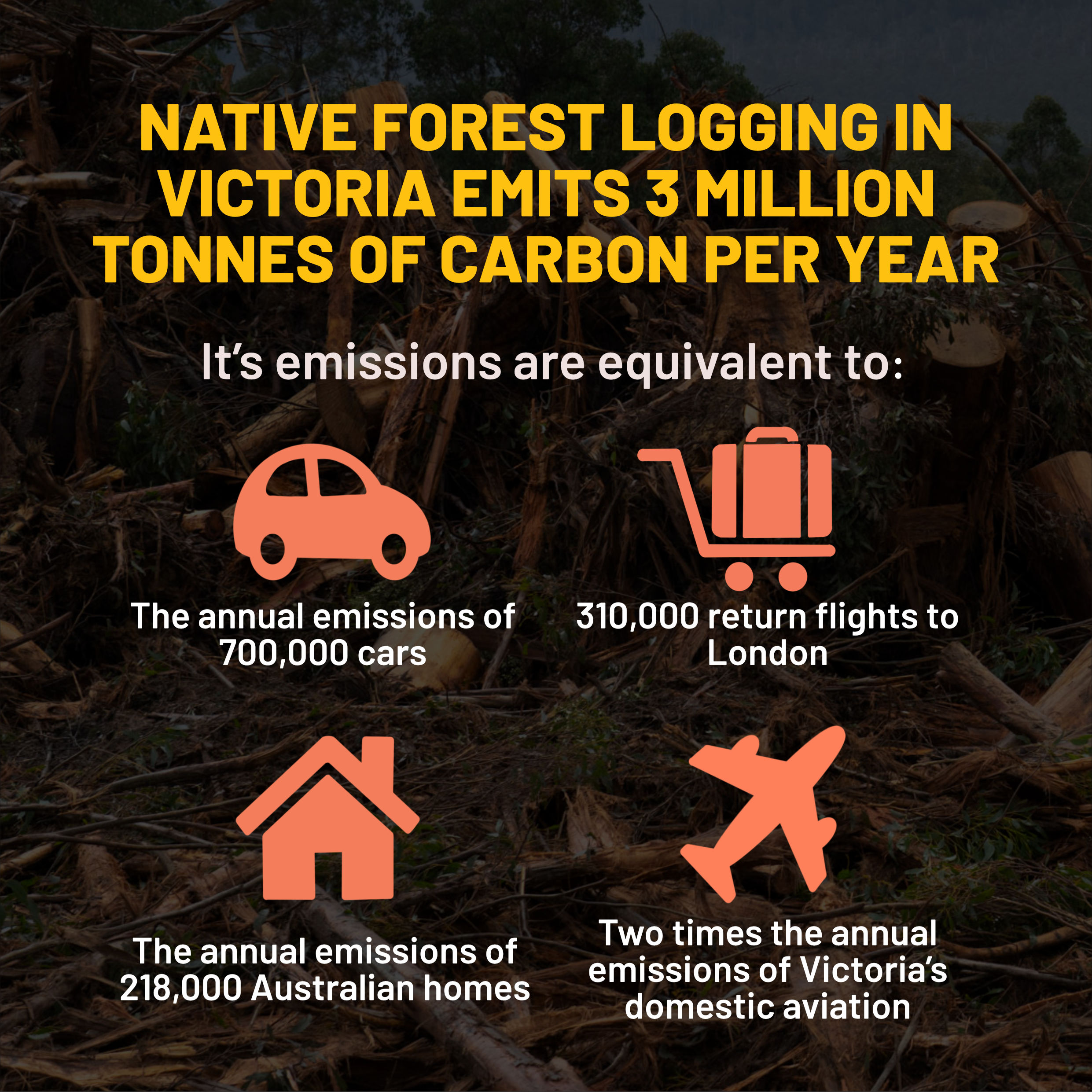