This afternoon, Lakes Oil, which is part owned by Gina Rinehart lost a $3b court battle to sue the Victorian Government for 'lost future earnings' for its ban on unconventional gas. 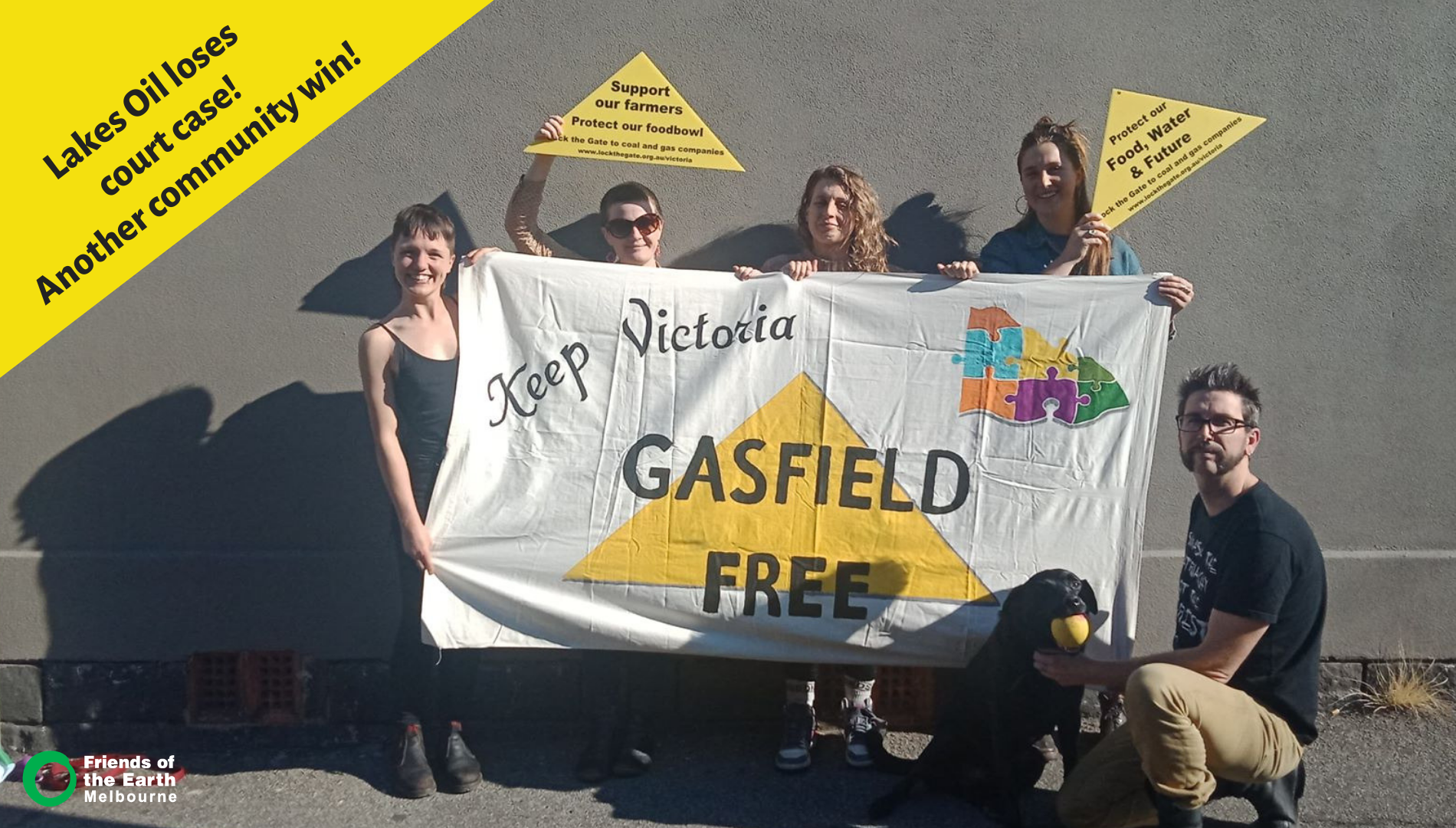 “We refuse to be intimidated by multi-million dollar companies who have repeatedly broken the trust of the community, and now want taxpayers to pay the price for their failed business decisions. Gina Reinhart is out of touch with community and her intimidation tactics are not welcome here in Victoria.”

“Victorian communities fought tirelessly for more than 5 years to secure Australia’s first permanent ban on fracking. It is completely absurd that Lake’s Oil, who invested in this risky industry, has disregarded the democratic decision taken by the Vic government to protect land, water and climate from invasive drilling. Lakes Oil has been fully aware of community opposition for at least half a decade, yet continued to invest in the development of onshore gas despite losing its social license to operate in Gippsland.”

Community members, who have been watching this court case closely for the last two years, came out with relief, holding their banners and Lock The Gate signs.

“We’re glad to see that the Resources Minister and Treasurer Tim Pallas has remained strong on the onshore gas ban in the face of sustained pressure from Lakes Oil and the Federal Government. Any gas development, onshore or offshore, jeopardises our chances of tackling climate change, so we’d love to see other states follow Victoria’s lead,” states Zianna Fuad.

“Overall it sends a strong signal to other states who are currently fighting the fracking industry.  It proves that the bullying tactics used by mining companies are weakened when communities are united.”