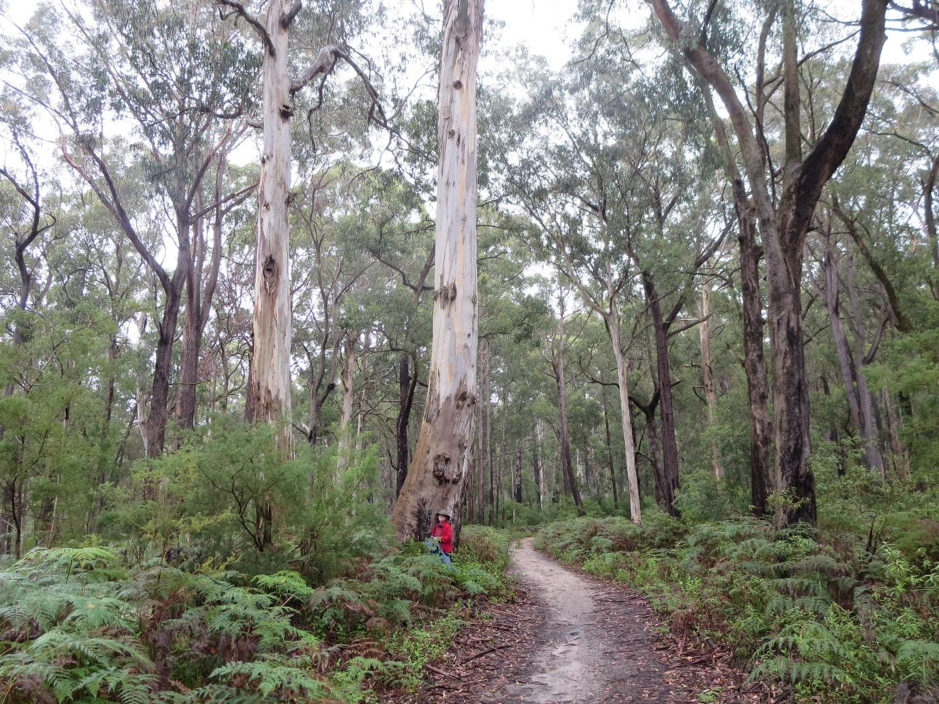 Newly mapped populations have been found at Trafalgar East, Mirboo North, Bennison and Port Welshpool.  However, of all the sites so far surveyed in 2020, only 13% have been found to have koalas. This means that the amount of koalas will most likely be less than 0.09/ha because the previous work targeted the best remaining habitat, whilst FoE’s work in 2020 is focussing on highly fragmented remnants, which unfortunately are more common in the region.

We are calling for increased protections for the Strzeleki Koala, and all koalas in Victoria.  If you have not already done so, please send an email to Premier Daniel Andrews to strengthen protections in the Victorian Wildlife Act (1975).

Friends of the Earth is planning to conduct 200 surveys in the region by the end of July and 300 surveys by the end of September. The cooler months of the years are the best for doing the surveys, as risks such as bushfires and snakes are lessened. We plan to send the results of our data to a koala scientist later in the year, who will help crunch the numbers to update numbers.

FoE is also getting a lot of interest via the Friends of the Strzelecki Koala facebook page, where local residents can send through photos and locations of koalas sited in the Strzeleckis. In 2020 over 30 residents have sent through images, again helping better understand the range of the animal.

The koala map also tracks koalas injured or killed by cars. Sadly, it appears that the small community of Meeniyan is a roadkill hotspot, with 7 animals being killed in the early months of 2020. 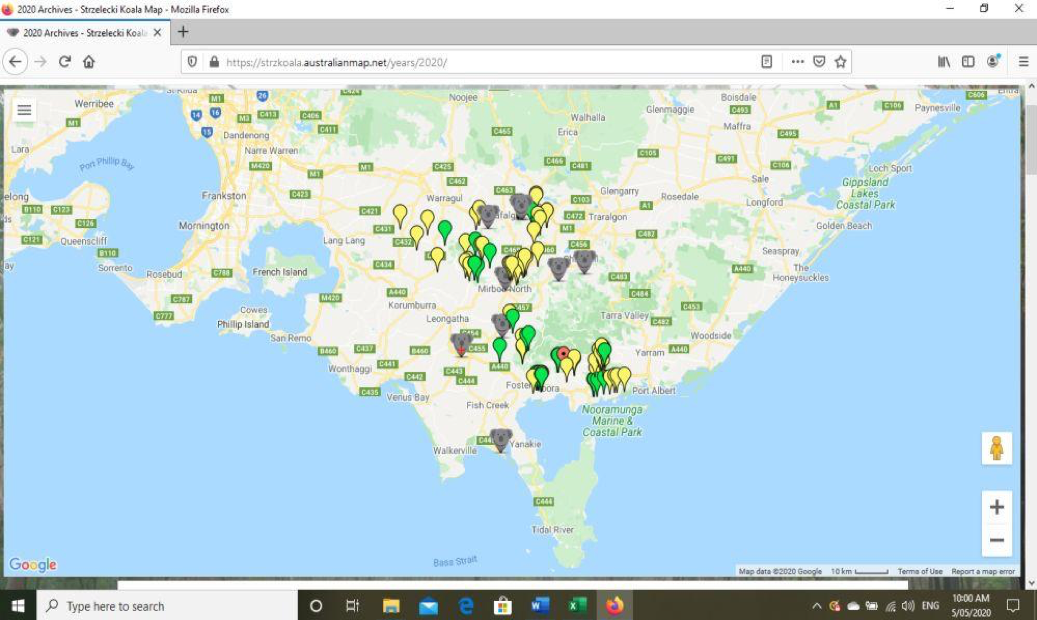 Can you help us get to 200 surveys? A donation will ensure we can continue important surveys of koala habitat in the state.

In February 2020, Friends of the Earth (FoE) catapulted koala issues back into the media, with the release of a blog and media release, echoing local residents’ concerns in South Western Victoria about the deaths of hundreds of koalas on a property 13km west of Portland. The issue caused a global outcry. The problem was especially pertinent, following the tragedy of the 2019/2020 bushfires where thousands of koalas were killed. FoE is still awaiting details of an investigation carried out by the Victorian State Government into the massacre. 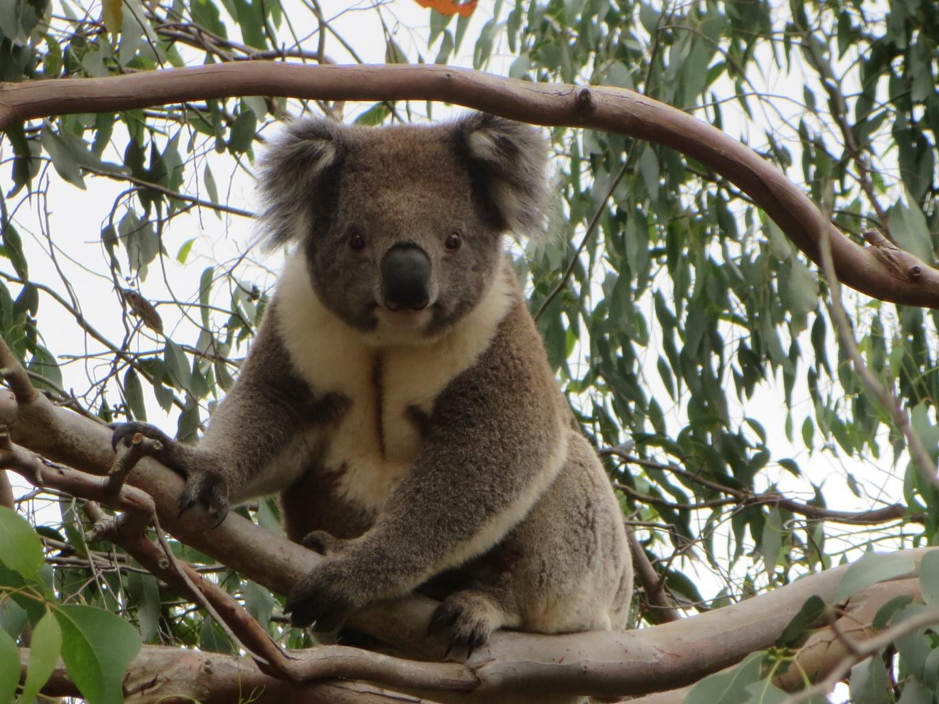 A visit to the region by FoE in March, again highlighted concerns about the ongoing koala management crisis in the States south west.

There is a two fold problem:

1. The first being that the koala population in most of Victoria and South Australia is sourced from translocated animals which lack the natural pathogens that occur in wild populations. This can cause unnatural population booms and busts.

2.The second problem is that in south west Victoria hundreds of thousands of hectares of bluegum plantations were established in the 1990’s. These plantations are now being logged, severely impacting on the populations of koalas that may have moved into the plantations.

Take Action for the protection of these koalas here. 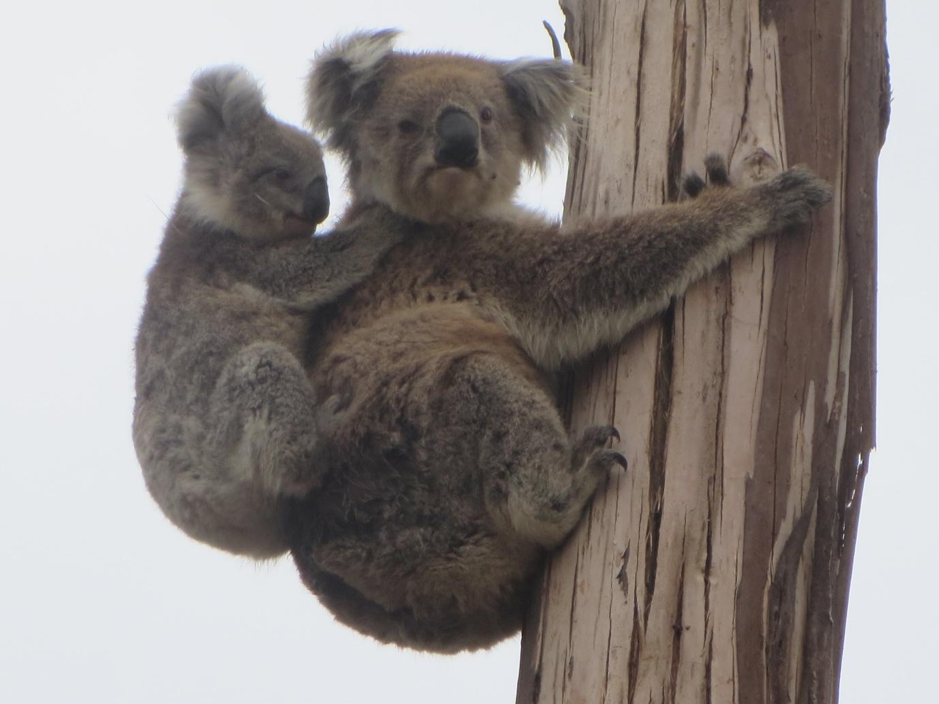 FoE produced this short film to try and explain this complex problem. We had planned to do some surveys in the south west of Victoria, and then Coronavirus hit, but hope we can continue monitoring the conditions of the animals in the south west once travel restrictions are lifted and transmission risk of COVID-19 is reduced.

Read more about the reports from South West Victoria.