Friends of the Earth continues to monitor the latest with the infamous koala massacre case. A directions hearing was heard on April 5 at the Portland Magistrates Court. The next directions hearing will next be heard on July 26th. The owner of the former plantation has been charged with 126 animal cruelty charges as has a forest and earth moving business.

Friends of the Earth's, SKAT collective last visited Portland in late February 2022. We visited a number of locations near blue gum plantations and native forest areas in the region. There was widespread blue gum clearing occurring in many places. We also identified another mass potential koala impact site only 2 km north of the infamous site where almost one hundred koalas were either killed or injured in February 2020. 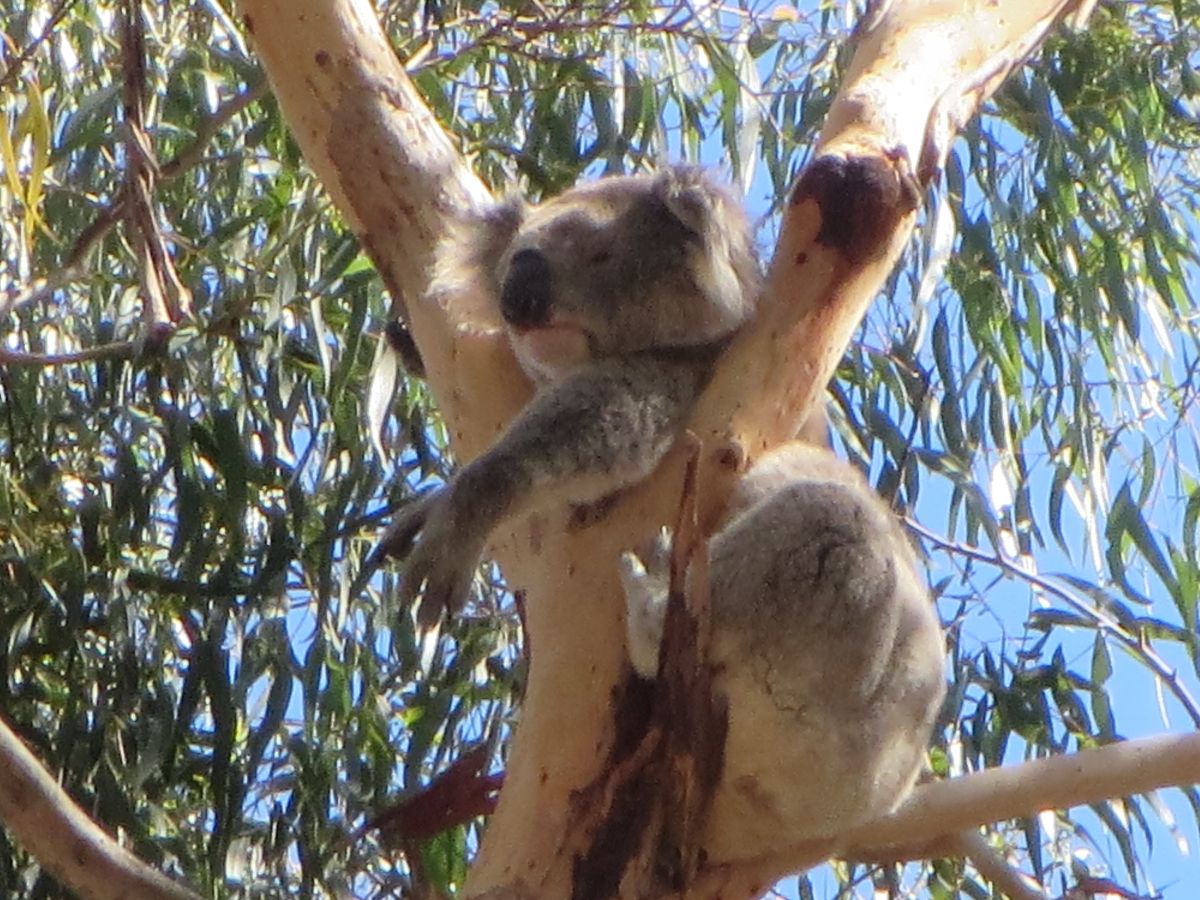 Koala near Drumborg, south west Victoria. This particular koala was one of two in roadside vegetation on land adjoining a blue gum plantation.

One major problem in the region is that when blue gum plantations are logged, animals that survive the logging then move into neighbouring native vegetation. If many animals move out of the plantation, over-browsing (and sometimes death) of remnant vegetation can occur. According to the draft Victorian koala management strategy, estimations of koala populations in blue gum plantations in the south west have been reduced from 200,000 in 2016 to 46,917 in 2020, with another 47,000 in native forest in the region. 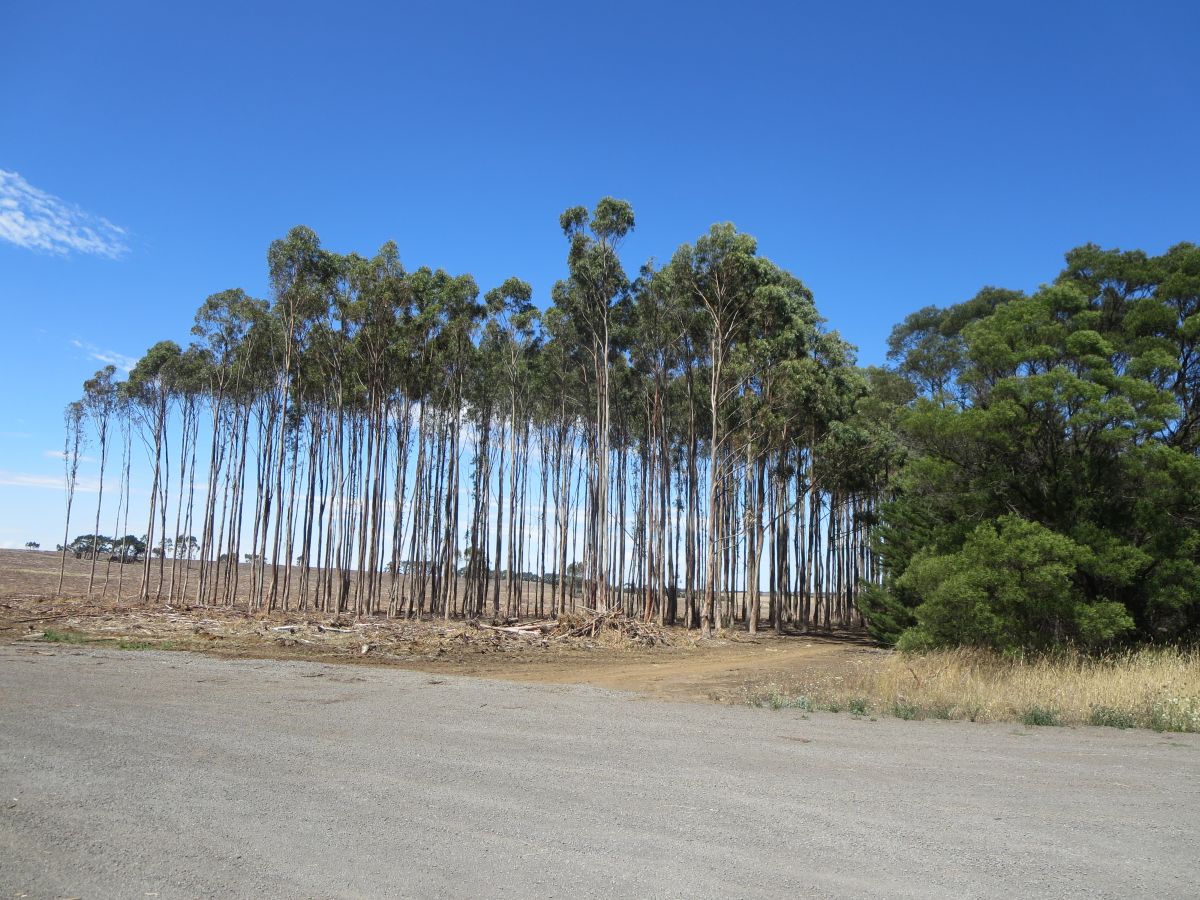 Locals told FoE that after this plantation was logged early in 2022, 35 koalas were observed in remnant trees in the plantation.  Recently only 5 koalas have been seen with a number being reported as being run over on the nearby highway. Very little remnant vegetation remains near the plantation.

Current logging regulations mean that if a koala is seen in a plantation during logging, 9 trees have to be retained around the koala. Those trees can however be logged some time later, if the koala has moved on. 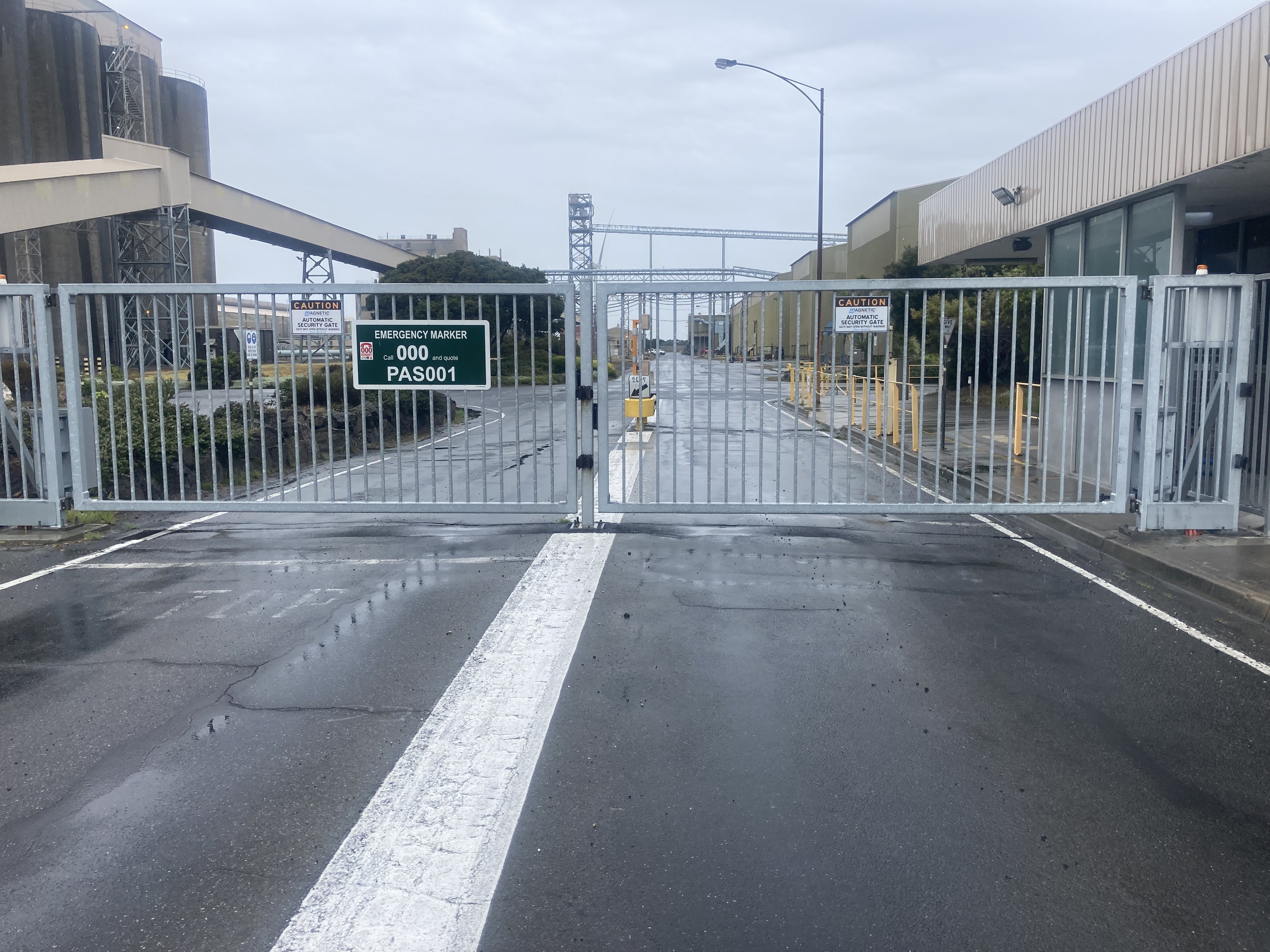 New "koala proof" gate installed at great cost by Alcoa at the Portland Aluminium Smelter.(Note: a person could would be able to crawl under this gate).

In February 2021, FoE raised concerns about a seriously burnt koala from the smelter being dumped in a nearby golf course. In 2021 and since the new gate and electric fences have been installed at the Portland smelter, 11 koalas have entered the facility, a drop from the average of 16 koalas/year in the site between 2015-2020. 40 koalas were culled from a plantation near the Portland smelter in 2020/21. 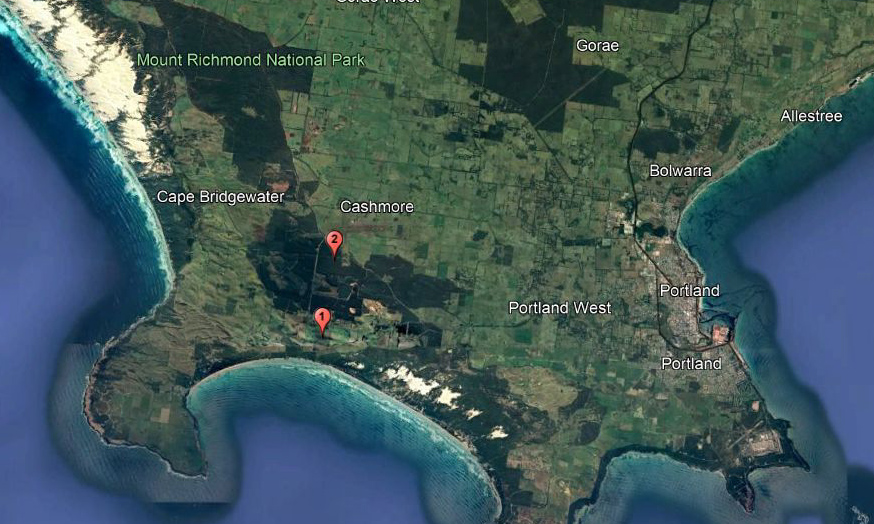 Map of Portland area. Feb 2020 Koala massacre site is (marked 1). Potential new koala hotspot area off Telegraph Road (marked 2) could contain hundreds koalas and is due to be logged soon. 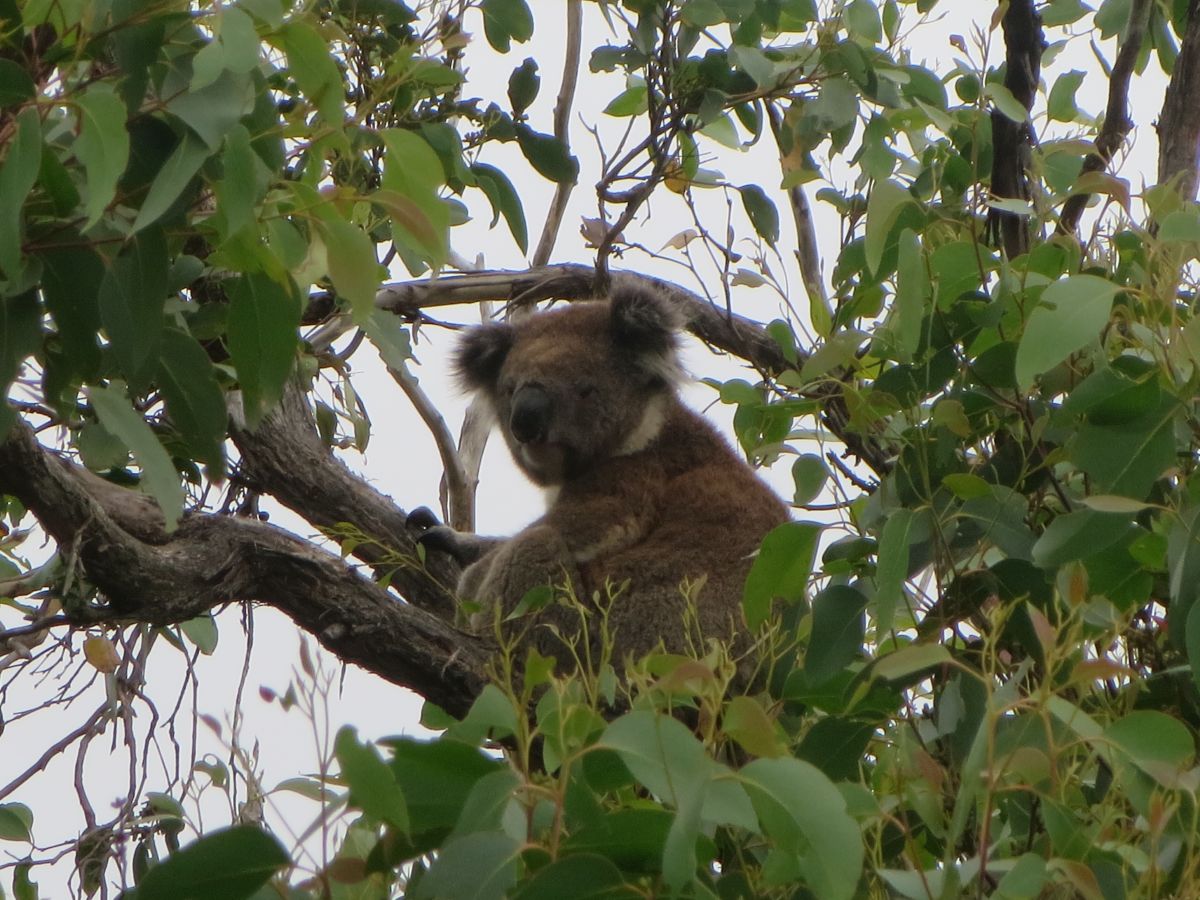 Local koala on Telegraph Road unaware of the calamity which is about to unfold. 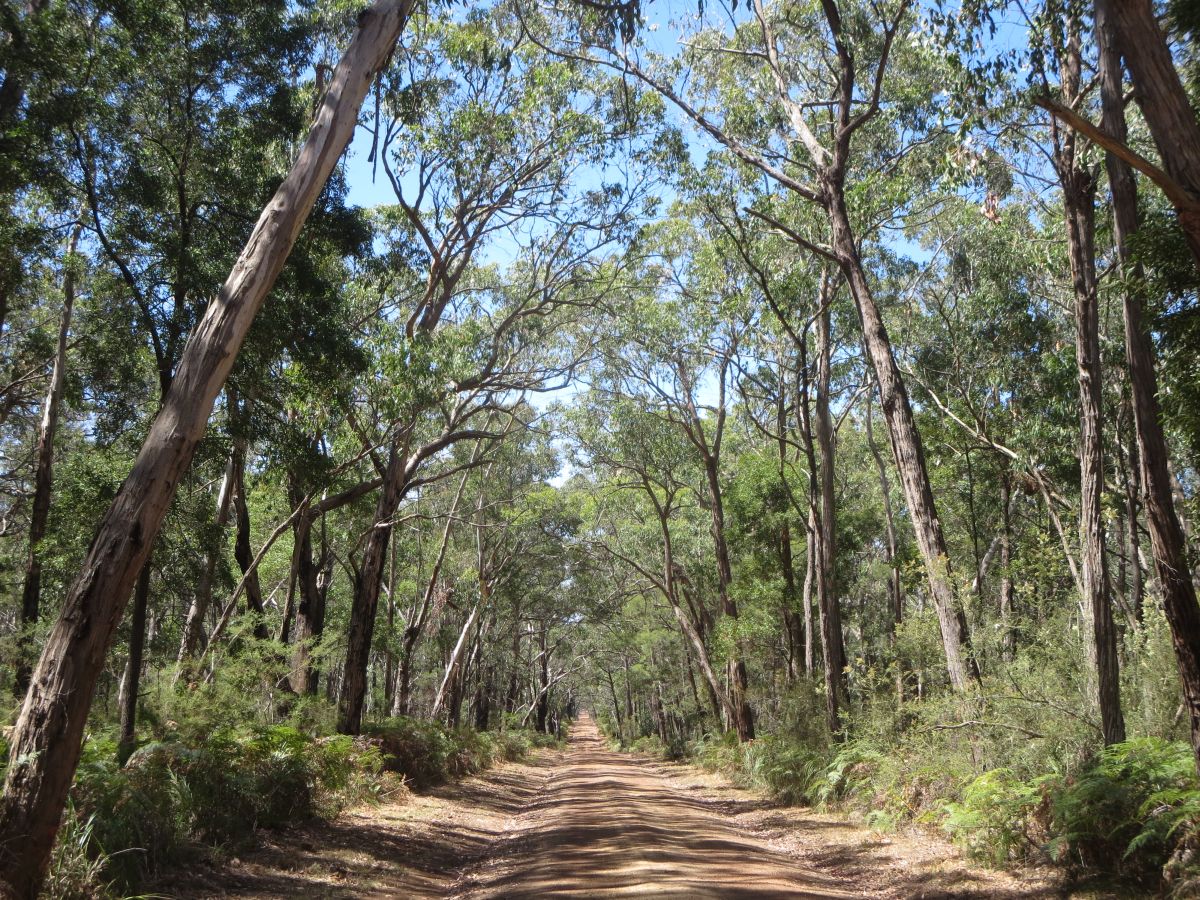 On April 5, a Milltown landowner was fined $60,000 for cutting down 59 large trees in an area 170m x 8m to create an exclusion area for a new stock proof fence he had constructed. The trees were habitat for Powerful Owls and most likely koalas as well. 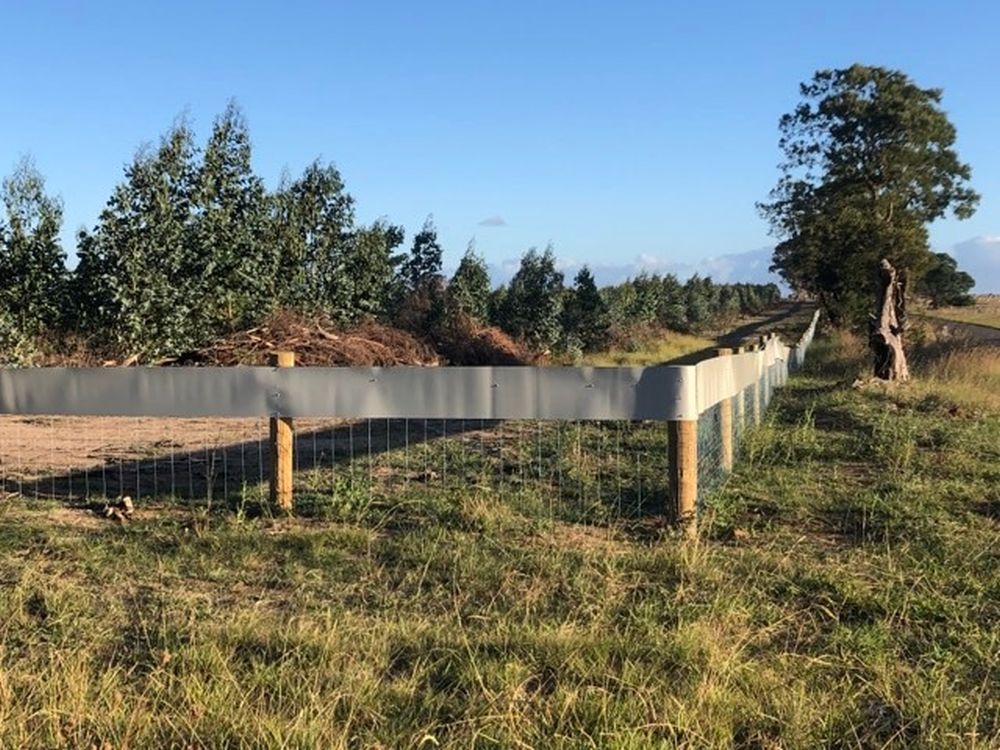 Another contact has sent through this image of a new koala proof fence around a blue gum plantation near the south west town of Macarthur. Access to the plantation could still occur by koalas, particularly at the gates which would be relatively easy for a koala to climb. According to our contact: "The tin is quite thick and sharp and it’s 40 cm also the wire is really small so nothing can get in and a wire along the very bottom so they cannot go under." 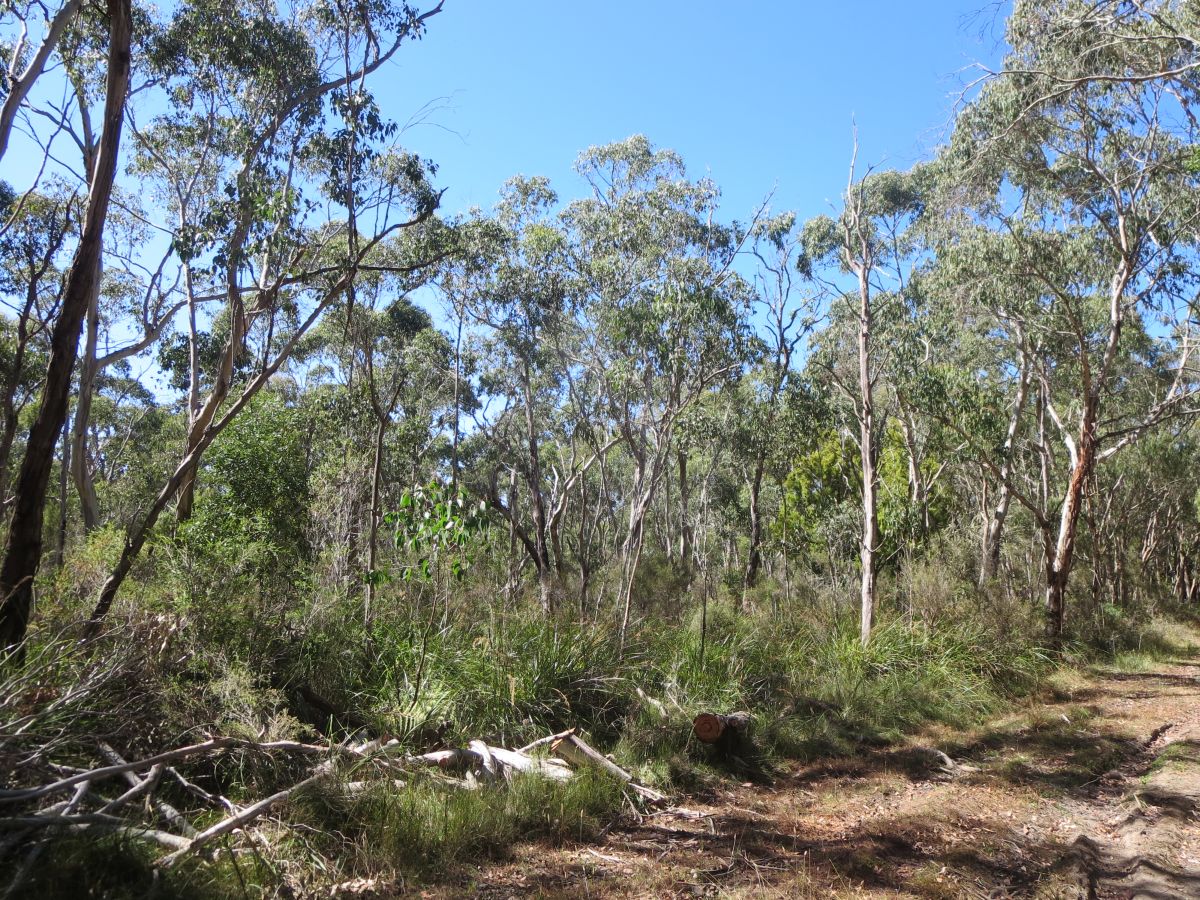 This woodland (above) contained plenty of preferred koala feed trees including Manna Gum and Swamp Gum. State Government koala estimates in 2020 were that ~47,000 koalas are in blue gum plantations in south west Victoria, with a similar number in native forest adjoining the plantations. Little to no thought was given to koalas moving into the plantations when they were planted. No foresight into the problem was foreseen in any echelon of Government or industry when most of the plantations were established between 1996-2009. This suggests a major disjunct between over-arching forestry/plantation polices and ecological reality. 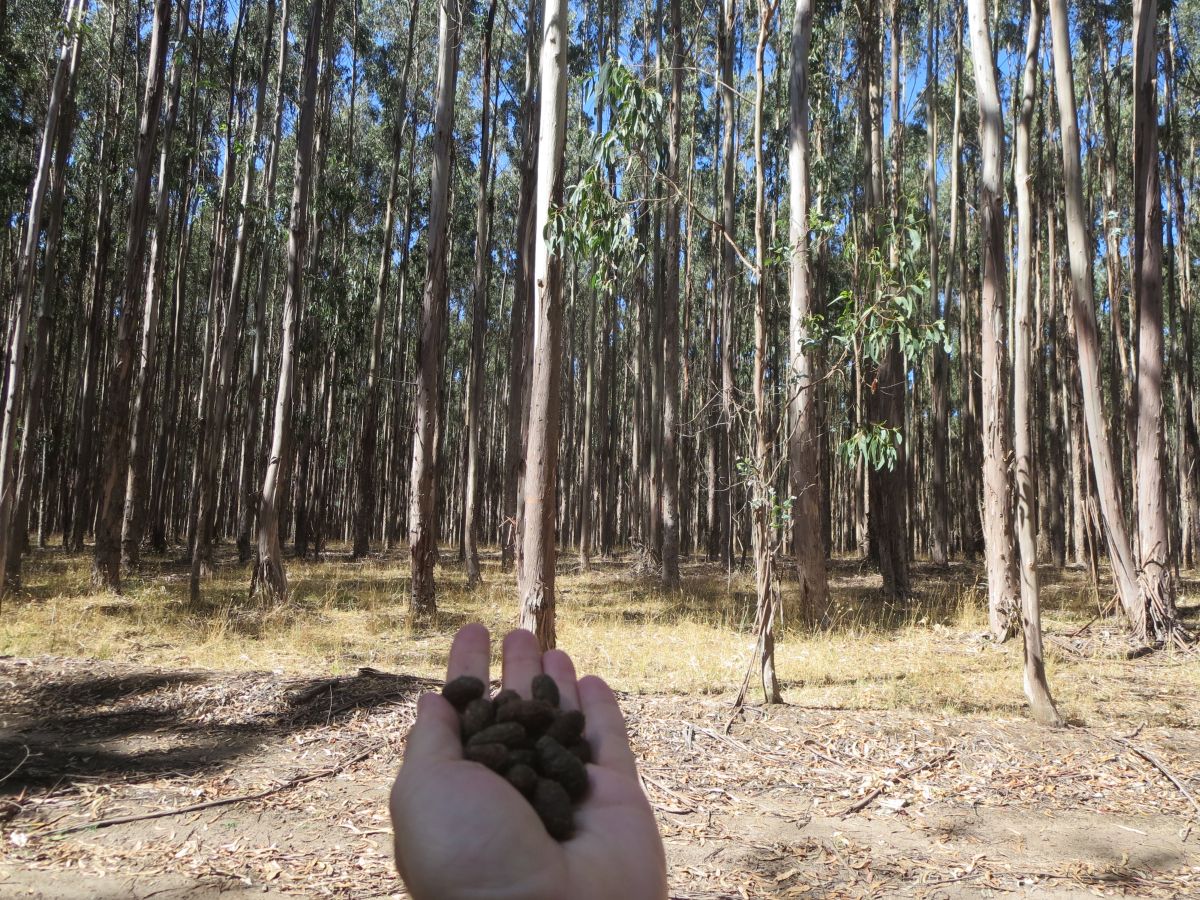 Koala scats on edge of blue gum plantation. Koalas have been estimated to be in many bluegum plantations in the south west at 3 koalas/ha. At that rate, in this particular plantation there could be 200 koalas!!!!

If you would like to donate to allow us to continue our koala work, please click here