As we have been reporting in recent newsletters, the Cabinet reshuffle in May has led to a delay in the state government deciding whether to make the current moratorium on onshore gas permanent.

The new Resources Minister, Wade Noonan, will make a final decision before mid August, so we are in the very last stages of this very long running campaign.

We are doing our best to convince the new minister that the community will support a permanent ban on onshore gas drilling.

If you haven’t called or emailed the minister please do so now. There is a list of campaign ideas available here.

Energy Minister right on renewables and climate, wrong on gas

New federal energy and environment minister Josh Frydenberg has indicated a significant shift in energy policy for the Coalition. Minister Frydenberg has said that more renewable energy will be required with the decline of coal.

Minister Frydenberg has also called for more gas supplies and for gas moratoria in Vic and NSW to be removed.

Friends of the Earth is encouraged by the positive rhetoric on renewable energy but urge the new minister to support bans on risky onshore gasfield development.

For our full response to his comments on coal, nuclear power and climate change, please check here. 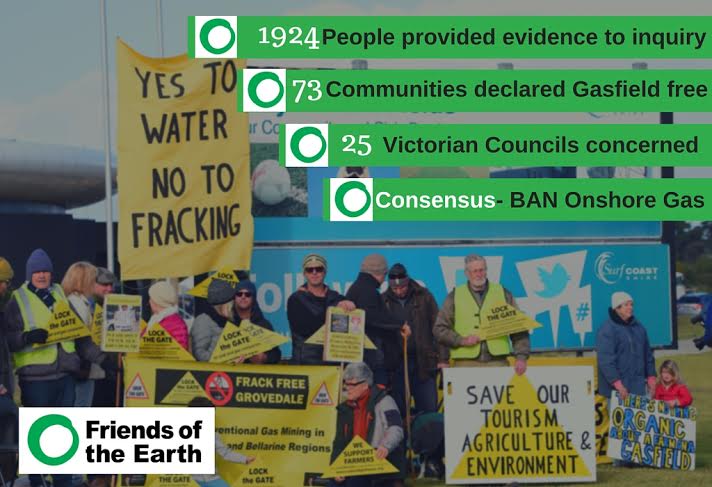 This week we released a report that demonstrates how Underground Coal Gasification (UCG) and Coal Chemical technologies threaten to destabilise the earth’s climate and irreversibly damage local environments.

The report comes in the wake of UCG being banned in Queensland, following disastrous test operations in that state. There is interest in and development of UCG in Europe, Russia, Canada, the US, China and India. It is currently under moratorium in Scotland.

There are two new test projects underway in South Australia so we are calling for a national ban on the use of this dangerous technology.

You can sign our petition to the federal energy minister here.

Melbourne's music community is rallying behind our Yes2Renewables campaign with a rock'n'roll fundraiser at The Old Bar on Sunday Aug 14.

Come along for a good night out and raise some much needed $$$ for the Y2R team: https://t.co/0eVhuwLy5j. 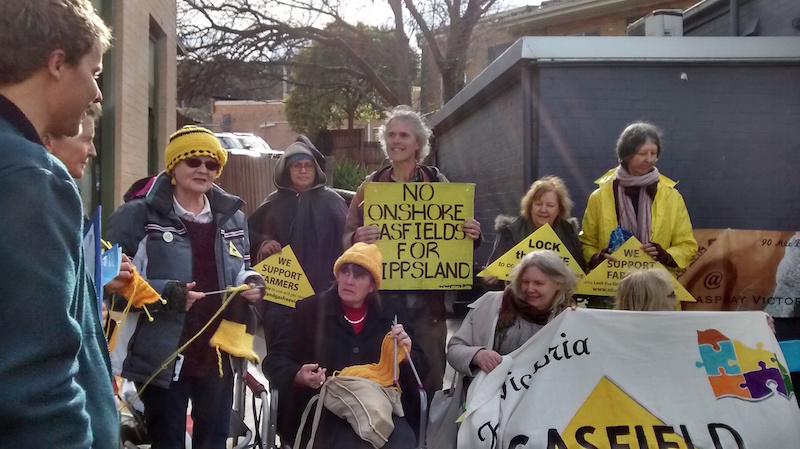 Quit Coal members joined with the 'Knitting Nannas Against Gas' who staged a 'knit-in' outside James Merlino's office in Belgrave on 21 July. Three proud grandmothers from Seapray in Gippsland were joined by more than a dozen locals to urge the local member, Deputy Premier James Merlino, to support a ban on onshore gas mining in Victoria.

123 people were surveyed throughout the morning to gauge the opinion of the local community on the issue of onshore gas mining. Over 96% of people polled supported a permanent ban while most of the remaining 4% either needed more information or supported other forms of stricter regulation.

“We came to Belgrave as 'Knitting Nanas Against Gas' to protect our homes, our communities and farming businesses in our region from the threat of onshore gas.” said Di Flint, a spokes person from Seaspray. “We know that gasfields can't exist alongside farming and tourism. Only a ban on onshore gas will protect our water and the future of our community.”

“It's fantastic to see so many local people in the Hills supporting communities like ours in Gippsland and Western Victoria” said Julie Boulton, one of the 'Knitting Nannas Against Gas' from Seaspray. “James Merlino as Deputy Premier needs to be made aware that regional communities and local people in his electorate are against onshore gas mining and we'd like for him to put a total ban on onshore gas.”

“Today the local community around Belgrave were supporting people in Gippsland and Western Victoria who are facing invasive gasfield developments in their communities” said local spokes person Merlin Brown. “I'm shocked to see some of the terrible effects fracking and gasfields have had in Queensland and overseas. I just feel devastated for the people who live in these gasfields. Not only can it drastically affect people's health but it could have a huge impact on our water and our ability to grow clean food on precious agricultural land. We've got great renewable energy alternatives and it's a no-brainer that we should ban onshore gas mining in Victoria. It was great to see that over 95% of the local people we spoke to agree.”

As we get closer to the Victorian Government’s announcement on onshore gas, it becomes increasingly clear that there is no support for this toxic industry in this state. The figures from the small Belgrave community underline that, as they are not near any proposed gasfields, yet Belgrave people are aware of the issue and want a full ban. There is no social licence in affected communities, and it is increasingly clear that there is no social licence for onshore gas anywhere in Victoria.

Want to know if your food is genetically modified? 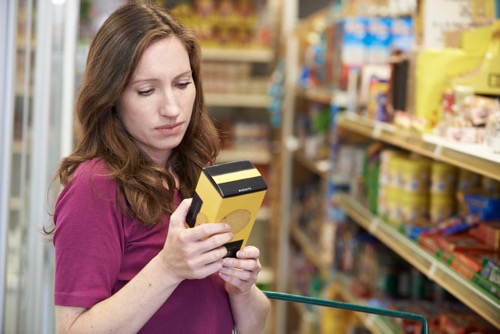 So do we – yet the Productivity Commission thinks our right to know what is in our food should be removed. Over 90% of shoppers want GM labels. They are not ‘red tape’!

The Productivity Commission also recommends that state powers to ban GM crops be lifted. Lifting the state bans would mean any GM crop, animal or microbe approved by the Federal Government – such as GM wheat - could be grown anywhere without any other approval. Without GM labels we won’t know if we are eating GM products. 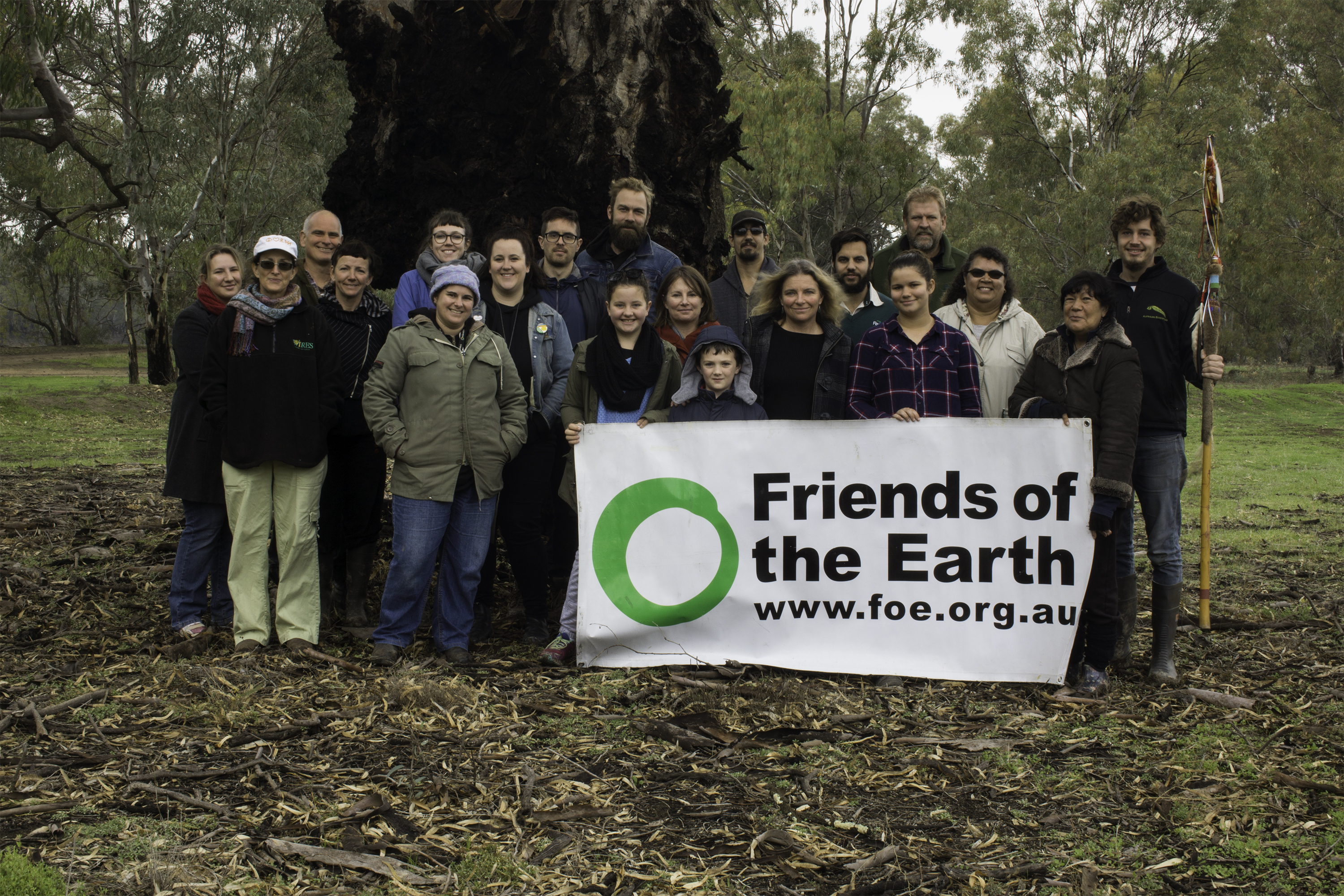 Friends of the Earth’s River Country Campaign and local Friends of Nyah-Vinifera Forest group alongside Wadi Wadi Traditional Owners have collaborated and received a Threatened Species Grant from the Victorian Department of Environment, Land Water and Planning.

Volunteers have been out in the Nyah-Vinifera Regional Park getting skilled up and surveying the health of the forest flora. People were trained in plant and weed identification, quadratic surveying and cultural sensitivity in the Park. Being out in the forest, seeing it come back to life with water and learning from Traditional Owners about their land is a massive privilege.

Even the kids have been getting into it, identifying plants and making their own herbariums. This knowledge of our local threatened plant species and bush foods is so important to learn and pass on.

Unfortunately, Parks Victoria is severely under-resourced by the Victorian Government, so local community groups are taking initiative and doing the work the Government should be resourcing. Keep donating and supporting the River Country Campaign to empower locals to protect their forests. 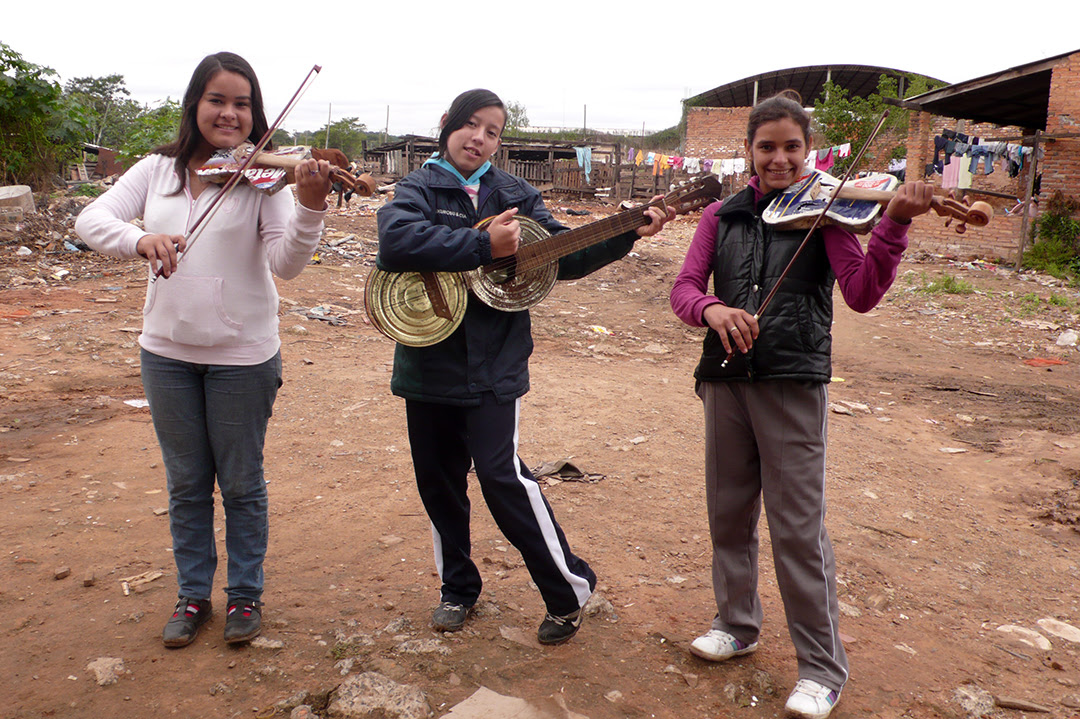 Landfill Harmonic follows the Recycled Orchestra of Cateura, a Paraguayan musical youth group of kids that live next to one of South America’s largest landfills. This unlikely orchestra plays music from instruments made entirely out of garbage. The film is a testament to the transformative power of music and the resilience of the human spirit. Check out the trailer: https://vimeo.com/122542602.

Following the film, engage in a presentation by Kim Pearce, co-founder of The Possibility Project, a Sydney based social enterprise that collaborates with slum communities in India to build social justice programs. Kim and her co-founder Kath will talk about powerful entrepreneurial attitudes that have allowed them to create transformational projects.

It's the perfect opportunity to come together and network with other like-minded businesses and individuals.

For tickets and more details: https://www.eventbrite.com.au/e/landfill-harmonic-discussion-with-kim-pearce-networking-tickets-26653861417.

Nat Segal is one of our best known skiers. She is also an adventurer who has sailed from Iceland to Greenland and climbed and skied mountains around the world.

We are co-hosting a forum with her in Melbourne on October 7 where she will talk about her expedition, skiing and climate change. All welcome.