Greens MP Ellen Sandell this week asked the Victorian Environment Minister, Lily D'Ambrosio to support FoE's nomination for the Strzelecki koala to be listed under the Federal EPBC Act. The Minister was in the chamber when Ellen asked, and the Minister undertook to look into it and indicated that she would reply to the question. Friends of the Earth will eagerly awaiting the Minister's response. The questions raised by Ellen can be seen below. We'd like to thank Ellen for showing an interest in this important issue. 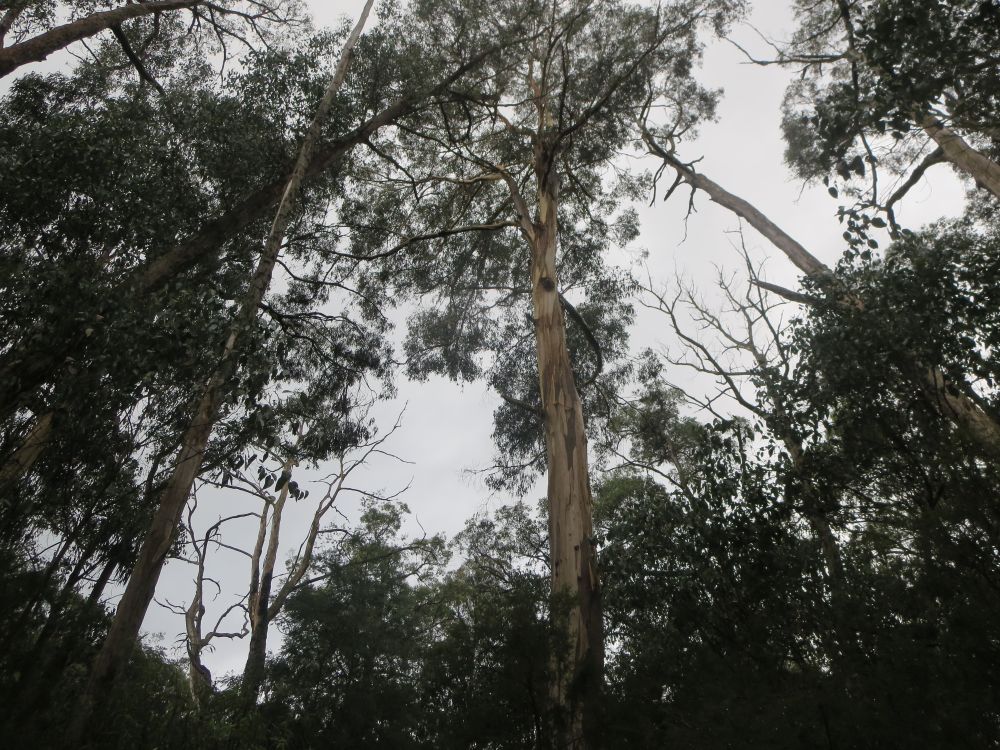 May 4 2022: Mirboo North State Forests. A small stand of Mountain Grey Gum on the eastern side of the Strzelecki Highway survived the Delburn fires of 2009 and appears to have a small resident koala population. Scats were found under 4 trees. A larger stand on the western side of the highway has large numbers of koalas.

Also, this week, Anthony Amis from Friends of the Earth travelled to Mirboo North and met with a team investigating the Future Use of Immediate Protection Areas and State Forests in Eastern Victoria. Anthony gave detailed information about the significance of the Strzelecki Koala and the significance of the Mirboo North area for the long term survival of the species. FoE recommended that all the forests be added to the Mirboo North Regional Park. Anthony also made it clear that in terms of the Strzelecki koala the Victorian Government has done nothing to ensure its protection or done any research into the animal. 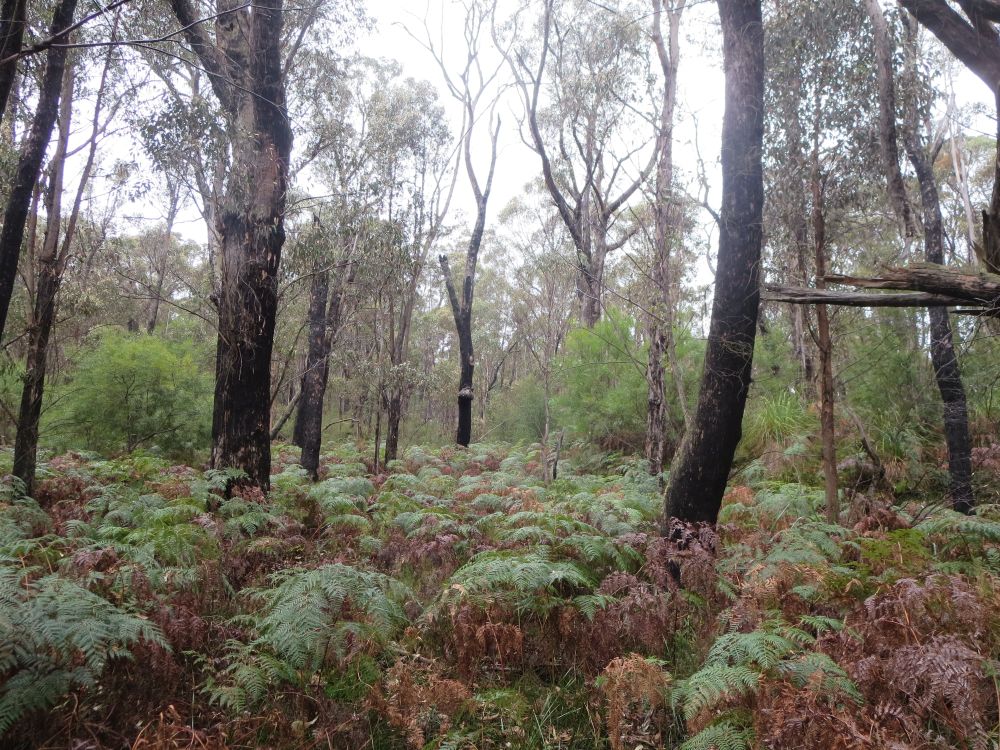 May 4 2022: 13 years after the Delburn fires burnt through the Mirboo North State Forests, they are still in a state of recovery. At this site FoE surveyed for koala scats under Brown Stringybarks, Messmates and Narrow Leaf Peppermints. No scats were found.

Ms SANDELL (Melbourne) (19:15): (6342) My adjournment this evening is to the Minister for Energy, Environment and Climate Change. I am very pleased to see her at the table today. The action I seek is for the minister to write to whoever is Australia’s next federal environment minister after the election, asking them to support the nomination of the Strzelecki koala to be recognised as vulnerable under federal environment law.

Victoria is incredibly lucky to be home to koalas. They are obviously very special and beautiful creatures and of course such an icon for our country. What many people might not realise is that Victoria actually has a really unique population of koalas known as the Strzelecki koalas. In the early days of colonisation koalas across Australia were hunted to such an extent that on the Victorian
mainland koalas were driven almost to extinction by the early 20th century, except for a population in the Strzelecki Ranges in South Gippsland. In the late 19th century new populations were established on French Island and Phillip Island, but they were sourced from a very limited genetic pool of koalas— only three koalas in the case of French Island and 10 in the case of Phillip Island.

Later, koalas from these island populations were brought back to other parts of Victoria and also South Australia, but unfortunately they had really limited genetic diversity, which makes them really vulnerable. By contrast the Strzelecki koala population has more of Victoria’s original koala genetic diversity, so it is incredibly unique and important, as the minister would know. In fact they are seen as
so vital for securing the future of the koala species in Australia that the South Australian government has actually brought in a group of Strzelecki koalas as part of a research and breeding program. But unfortunately neither the Victorian nor the Australian law currently recognises the significance of that unique population. It is not a separate species or subspecies, but it is a distinct population with distinct genetic diversity, which means it needs to be protected. Right now this koala population is actually under threat from logging, land clearing, fires and climate change, and at an overall species level koalas are not considered threatened in Victoria even though the genetic diversity is very low. To plug this hole in law an incredibly dedicated group of people at Friends of the Earth have taken the important step of nominating the Strzelecki koala population to be recognised as vulnerable under national environment law. They believe that less than 2000 of these animals remain.

If the nomination is accepted, this population and its habitat would achieve additional protection, but to have the best chance of success the nomination needs to be supported by the Victorian government. It would also be great to see the Victorian government invest in our own research and advocacy for this koala population. The South Australian government is funding research with these Victorian koalas, but as far as I am aware we are not doing that here at home. So I very much hope that the environment minister plays a strong role here in advocating for this really special population."

Any donation to FoE's SKAT collective are greatly appreciated and are tax deductible.