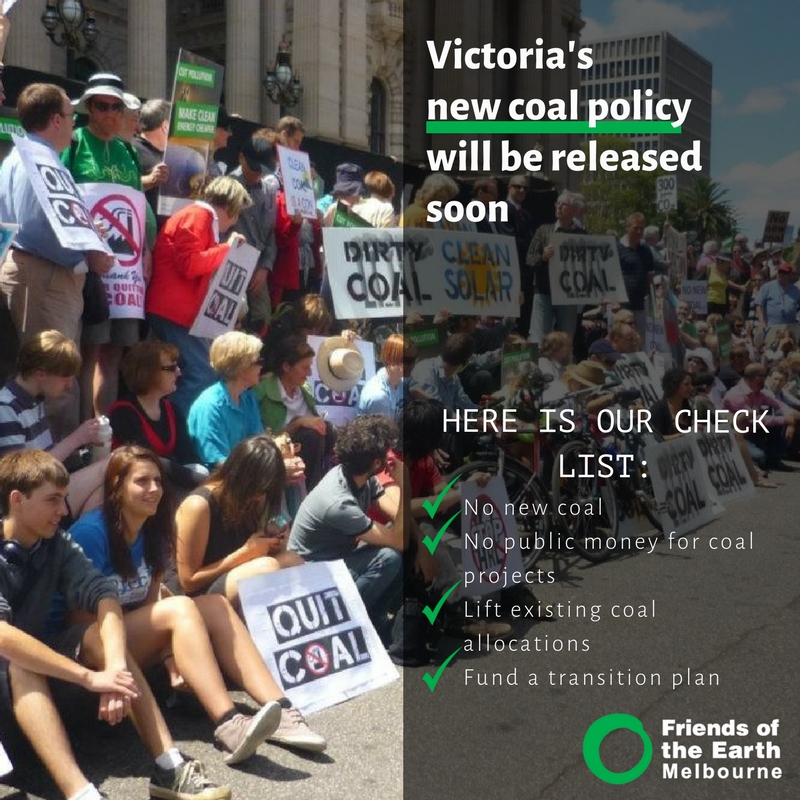 The Victorian government is currently drafting a policy which will outline whether coal has a future in Victoria.

This is significant as it will outline the current government's attitude to previous support for experimental coal technologies (which are often held out as the 'saviour' for the coal industry as the power stations start to close, but which is based on untested and potentially unviable technology). Coal to gas proposals are one example of this type of technology.

We assume it will also outline the government's approach to carbon capture and storage (CCS), a technology which has not proven to be commercially viable at scale, but which is often suggested will provide a lifeline to the brown coal industry in Victoria.

What do we want to see in the coal policy?

Please support the campaign for an end to coal, a full transition for the Latrobe Valley, energy efficiency & 100% renewables.

2/ Raise the issue on social media

Use social media to tell the Premier and Resources Minister that you want to see the state government develop a staged transition and closure of coal fired power stations.

You can send the same message by tagging the Premier and Resources Minister Wade Noonan on Facebook.

Please support our work through a tax deductible donation or become a member.