Climate change will significantly alter the life and culture of human societies. Australia is no exception.

When we consider climate change on the global level we begin to see overall trends, but it is easy to lose sight of the local detail. For example, we know that, globally, 2016 was the hottest year on record but we must ask what this means for local communities and landscapes.

It is clear that these global changes will play out locally.

In central and northern Victoria, it is important that we understand how climate change will impact on our future, so we can plan for it. As a trend, annual rainfall has significantly decreased in the region and the average temperature since 1950 has already increased by between 1 and 1.5 degrees Celsius.

Based on projections provided by the State of Victoria, it is clear that the Loddon and Mallee regions will be a hotter and drier place than they have already become. These changes will involve significant challenges for people living in the north of the state.

According to research carried out by the CSIRO and Bureau of Meteorology for the Victorian government:

These are not changes that might happen sometime in the future: they are already happening.

According to research from the Australian Export Grains Innovation Centre (AEGIC) we are already experiencing a ‘new climate’, one that has become noticeable since about 2000.

The AEGIC analysis, based on rain records since 2000, shows rainfall zones have moved — in some cases up to 400 kilometres. Parts of the Mallee, North Central and Riverina are now designated as being ‘uniform’ rainfall zones, where rain is equally distributed over summer and winter seasons. This has significant implications for cropping in the region, which has traditionally relied on a winter rainfall pattern.

What do these changes mean for our region?

Agriculture is the largest employer in the region and therefore its susceptibility to climate change endangers the most people.

The grazing and cropping sectors are expected to be negatively impacted by decreased water supply and increased salinity. Obviously, extreme heat causes significant stress for all animals, which can then be reflected in the volume of products that they provide, including milk.

A changed climate could also increase the potential of disease among both stock and people.

Research by the AEGIC suggests that the “change in climate (which has happened since 2000) has major implications for farming systems as the profitability of different crop types changes, disease risk changes, and composition of rangeland grasses changes with stocking rates.”

Research released by the CSIRO in February 2017 suggests that climate change is impacting on wheat yields across most wheat producing regions of the country, with a resulting 'risk to the future prosperity of Australia’s more than $5 billion per annum wheat industry' (full details available here).

Across Australia, wheat yields have stalled since 1990. Research shows that yield potential in the grain growing regions declined by 27% over a 26 year period from 1990 to 2015. Researchers (in the report Climate trends account for stalled wheat yields in Australia since 1990, published in 2017) attribute this decline to reduced rainfall and to rising temperatures.

Lastly, check here for some details about how climate change is expected to impact on apple production at Harcourt.

There are growing incidents of Blue Green Algae being reported in the Murray and other north flowing rivers. Algae outbreaks can make humans and animals sick, and have been recorded from the Hume Weir near Albury in Victoria's north, at Yarrawonga and Echuca, and as far west as Barham in the autumn of 2016. This is bad news for tourism operators along the river. The conditions for algae outbreaks occur when the temperature is high for extended periods and stream flow is reduced – conditions that are expected under climate change modelling.

Who wants to visit a place where it’s too hot to be outdoors, where the rivers are empty of water or the magnificent Red Gum forests are dying? Hotter weather will impact on the regions significant wine production and its associated food based tourism.

For further information on the likely impacts on tourism, please check here.

Damage to infrastructure is also expected, which can be expected to pose greater burdens on the budgets of local councils and state and federal governments.

As information from the State of Victoria shows, long periods of intense heat exposure followed by flooding could result in damaged roads and bridges, which may expand and crack under the pressure and be washed away or damaged. Furthermore, as the region sits at the centre of a large infrastructure network, servicing regions to the north and south, any damage to it will affect those “up and down stream”. It will be the tax-payer and rate payer who will foot the bill for repairs.

The delivery of healthcare services will also be impacted as severe weather can be expected to increase injuries, and – without adequate resourcing – lead to marginalisation of at risk groups (for instance low income and elderly members of our community who will suffer in extended heatwaves). These individual health impacts will, in turn, add to the pressure on hospitals and the public health system.

According to the Climate Council, heatwaves have killed more Australians than all other extreme weather events combined. In the heatwave of 2009, at least 200 Victorians died as a result of heat stress (possibly many more). It is the elderly and the poor who suffer the most in heatwaves.

The inland slopes of central and northern Victoria provide a fantastic place to live. With dynamic urban centres like Bendigo and many thriving local towns, the lifestyle is great. We have so many opportunities to be outdoors: to walk, ride, fish, camp, and picnic with our families and friends. The great Murray River is a drawcard to thousands of people for all sorts of recreational opportunities. The health of the economy of the River towns is linked to the health of our rivers.

But heatwaves and fires can make our parks and rivers unsafe places for large sections of the year. The stress of extended fire seasons, floods, worrying about neighbours and family in heat waves all weighs down on people. Climate change places our quality of life at risk.

OUR LAND AND WATER

Finally, there is the question of how climate change is expected to impact on the local environment. We live in the southern section of the Murray-Darling Basin, which is already being impacted by climate change.

The multiple wetlands throughout the region only fill periodically in flood events and yet support much of the range of bio-diversity in the region. It is anticipated that the Barmah and Gunbower Forest wetland systems will be threatened by decreased water availability and increased demand for water for human consumption. Already the north flowing rivers are struggling from lack of environmental flows.

The last few years have been drier than average, which has lead to declining levels of water in our reservoirs and rivers. Bureau climatologist Acacia Pepler said much of Victoria had reported “severe” rainfall deficiencies for the 22-month period of July 2014 to April 2016. She says that rainfall has remained below average for most of central Victoria over the past two years.

There is a brief summary of some of the already observed impacts of climate change on Bell's Swamp and Mt Alexander available here.

As it is, northern Victoria lacks large volumes of surface water and places like Bendigo can only support the populations that it does because the Goldfields super pipe provides water from the Goulburn River catchment.

The river red gum is Australia's most widespread tree, growing primarily along creeks and rivers. The great forests along the Murray at places like Barmah are primarily composed of red gums.

However, recent research has found that the species is under serious threat with ‘urgent action on curbing carbon emissions needed to ensure its future’.

A study, which was produced as a result of a joint effort between ANU and CSIRO, found that the river red gum produced and stored a lower amount of essential oils in its leaves under twice the levels of ambient carbon dioxide. These oils are vital to defend the trees from insect and mammal herbivores such as koalas.

Taken together, these factors will pressure an already fragile and fragmented landscape. The northern slopes are one of the most heavily cleared sections of the state. Climate researchers who used 14 years of satellite observations have noted that on a global scale, our region is one of the most sensitive to climate change (6). According to their research “the crop land, grasslands and woodlands of eastern Australia on the inland slopes of the Great Dividing Range will be the most affected”. “Vegetated areas are wildly shifting between drought and wet cycles”. 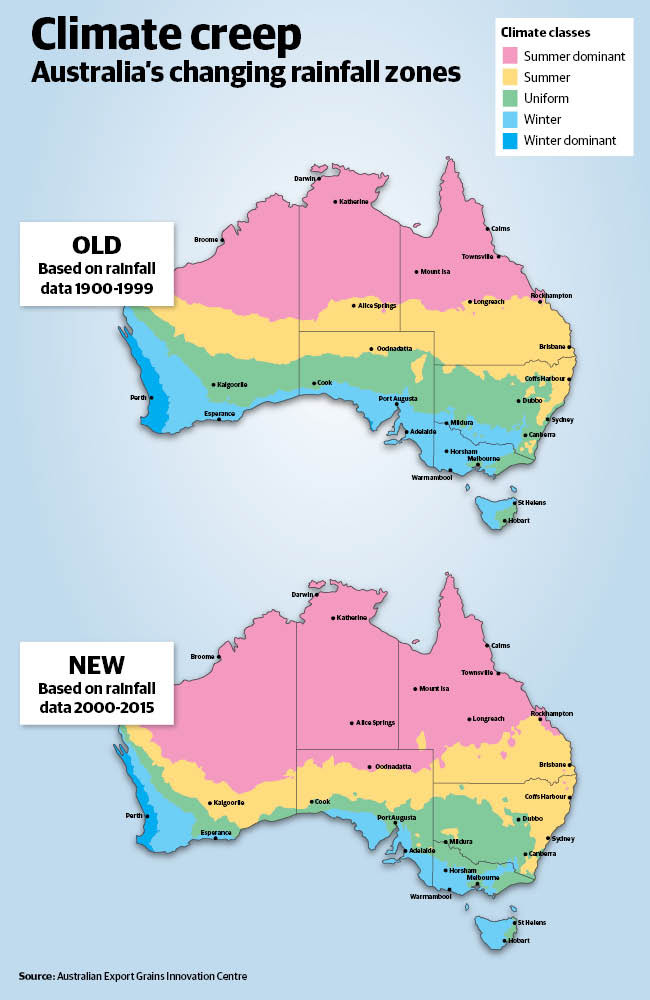 We are lucky enough to live in a beautiful region. The northern slopes sustain us. They form the bedrock of our local economy and provide a wonderful climate to live in. As climate change threatens the land and waterways, it will simultaneously threaten us.

Climate change is a global issue and requires a global response. It is essential that federal governments and large corporations are doing their part. There is also a clear role for state governments to act (state governments are responsible for decisions about energy use and licensing of power stations).