While the summer of 2021/22 has been a mild fire season in the east of the country, there have been a small number of significant fires in lutruwita/ Tasmania that have threatened World Heritage Areas (including one that threatened an incredibly significant Huon pine forest). This is because the west of that state has been experiencing a prolonged and extreme drought, with some areas receiving their lowest rainfall on record.

As reported recently in The Conversation, “this drought fits an observed drying trend across the state, which will worsen due to climate change. This is very bad news for the ancient wilderness in the state’s World Heritage Area, where the lineage of some tree species stretch back 150 million years to the supercontinent Gondwana’. 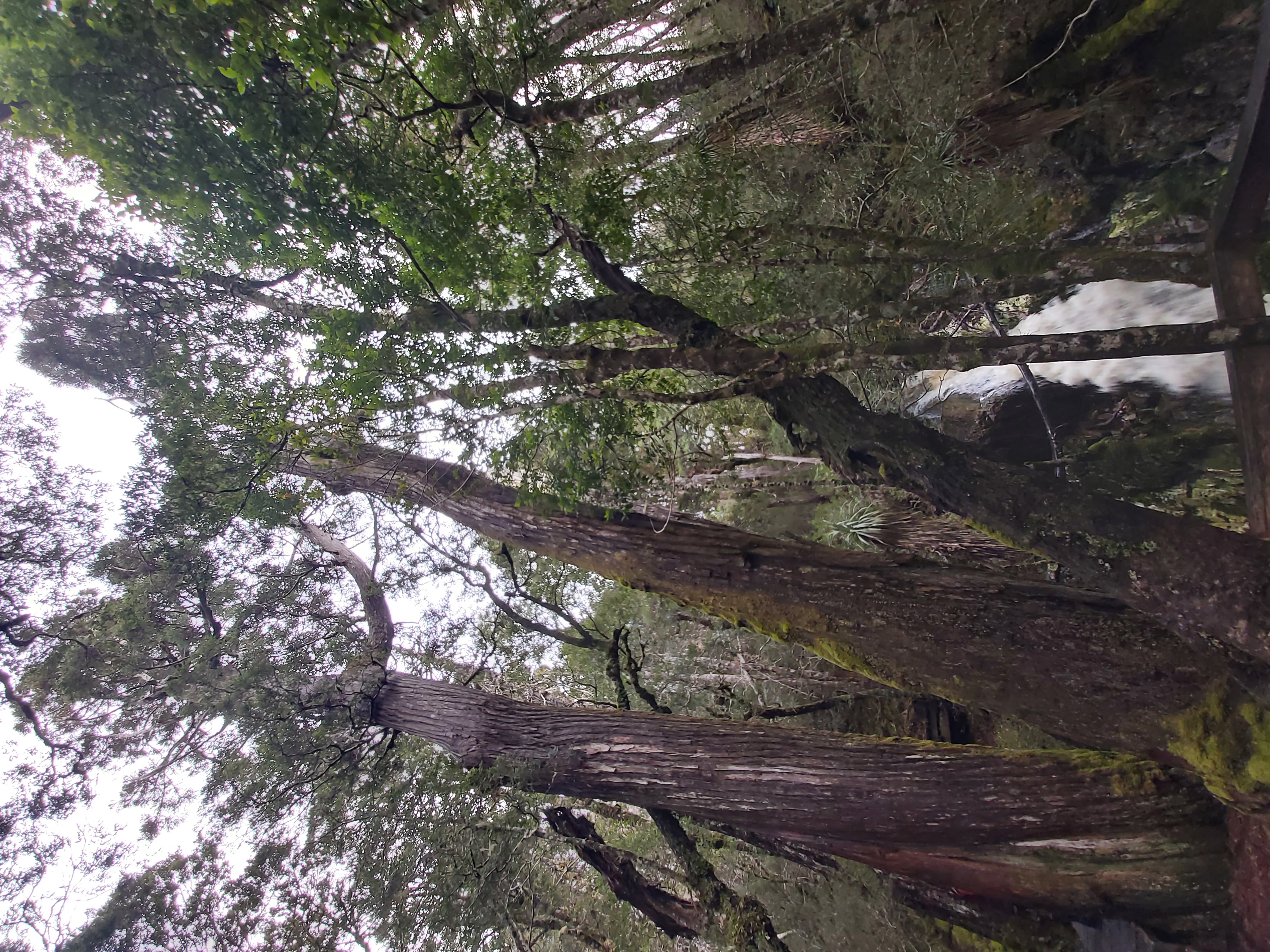 The drying trend has seen a steady increase in bushfires ignited by lightning, imperilling the survival of Tasmania’s Gondwanan legacy, and raising profound fire management challenges.’

The Mountain Journal website has reported various times over the years about the threat posed by lightning strike to World Heritage and other conservation areas in Tasmania.

In a recent article in The Conversation, David Bowman, a prominent fire expert who is a Professor of Pyrogeography and Fire Science, University of Tasmania, and Jenny Styger, an Associate at The Fire Centre, University of Tasmania outline the threats posed by climate driven fire regimes to Godwanic vegetation such as Pencil Pines and cool temperate rainforest.

‘Tasmania’s Wilderness World Heritage Area needs a sustainable fire management approach which, crucially, employs and involves Aboriginal people. This would not only benefit the environment, but also enable Aboriginal people in Tasmania to reconnect with important cultural sites.

A sustainable approach is one that reduces the number of large bushfires while also intentionally applies fire to ecosystems and threatened species that require regular burning. For example, the critically endangered orange bellied parrot needs regularly burned buttongrass moorland as part of its habitat.

For this to work, we need to create carefully designed fuel breaks across the landscape – strips of land with less vegetation available to burn, which slows bushfires’.

There are, of course problems with all land management response to wildfire – for instance, as extreme weather conditions become more common, things like fuel reduction and strategic fire breaks become less effective.

They suggest that fire be introduced to plant communities that need fire, while excluding it from fire sensitive communities.

They suggest using “mosaic” burning. ‘This is where small areas are regularly burnt to create a patchwork of habitats so wildlife has a diversity of resources and places to shelter in’.

They argue that this approach, over time, will reduce the need for ‘costly aerial firefighting campaigns’.

Other actions we can take

While I agree that changed land management can reduce the need for intervention, and will mean that some fires will be allowed to burn themselves out, there is no doubt that we will continue to need intervention as climate change makes fire seasons longer and more intense.

We need additional resources to fight fires in remote areas

1/ The Tasmania Parks and Wildlife Service already has teams of remote area firefighters, who did a great job tackling the recent fire that threatened the Huon Pine reserve.

Tasmania now also has a volunteer remote area team, whose members support career firefighters from the Parks Service. This is a new program and should be continued and expended.

It is also worth while considering the need to establish a national remote area team of firefighters who could be deployed around the country to high conservation value areas to add extra capacity to local firefighting teams.

This was recommended by a Senate Committee after the 2016 Tasmanian fires.

2/ And we will need to continue to invest in a national, publicly owned air fleet of large air tankers (LATs) and large helicopters. Many fire experts say that we need 6 or 7 LATs whereas at present we only own one (in NSW) and lease one on a year round basis.

You can sign a petition to the Prime Minister urging him to support the establishment of a national fleet here.

As noted by David and Jenny:

‘The soggy summer in eastern Australia has no doubt engendered a widespread belief bushfires have gone away. They haven’t. The luxuriate growth from the La Niña is priming landscapes across eastern Australia to burn again’.

We should be acting now to ensure we have the necessary resources in place by next summer.