It's our first update of 2022 and it's fair to say that the mighty Act on Climate collective is fired up.

With a Federal election in months and a state election in November, we're hitting the ground running to hold the Morrison government to account and secure stronger policies here in Victoria.

Here’s a quick update on our efforts in January and upcoming actions...


FRIENDS OF THE EARTH CALL FOR SCOTT MORRISON TO GET SERIOUS ABOUT CLIMATE: 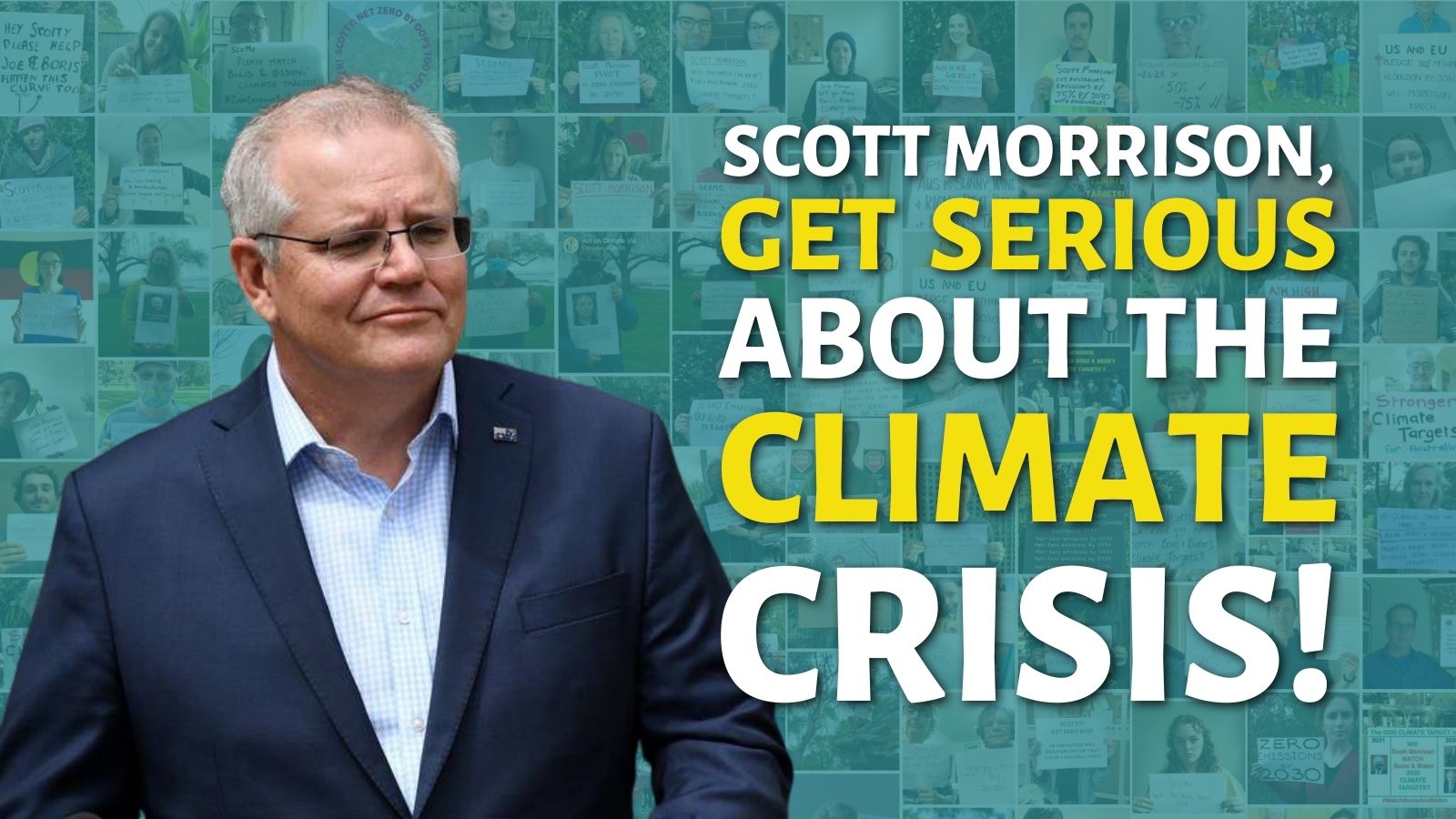 Last year, the United States, United Kingdom, and dozens of other countries strengthened efforts to tackle the climate crisis... Australia was not among them.

Prime Minister Scott Morrison refused to strengthen Australia's 2030 target at the COP26 summit. His government signed then seemingly walked away from the Glasgow Climate Pact in the days following the global climate negotiation.

We will continue our campaign for stronger climate targets from the Federal government. We're working with communities in Melbourne's inner-eastern suburbs to put the issue on the agenda and have several creative actions in store (so keep your eyes peeled).

We've launched an online petition to present clear policy demands to the Morrison government. Please sign the petition to strengthen our arm when we're lobbying politicians. And please share it around so we can demonstrate that the community is not satisfied with half measures on climate (if you can call them that!).

JOIN the call for Scott Morrison to get serious about the climate crisis. 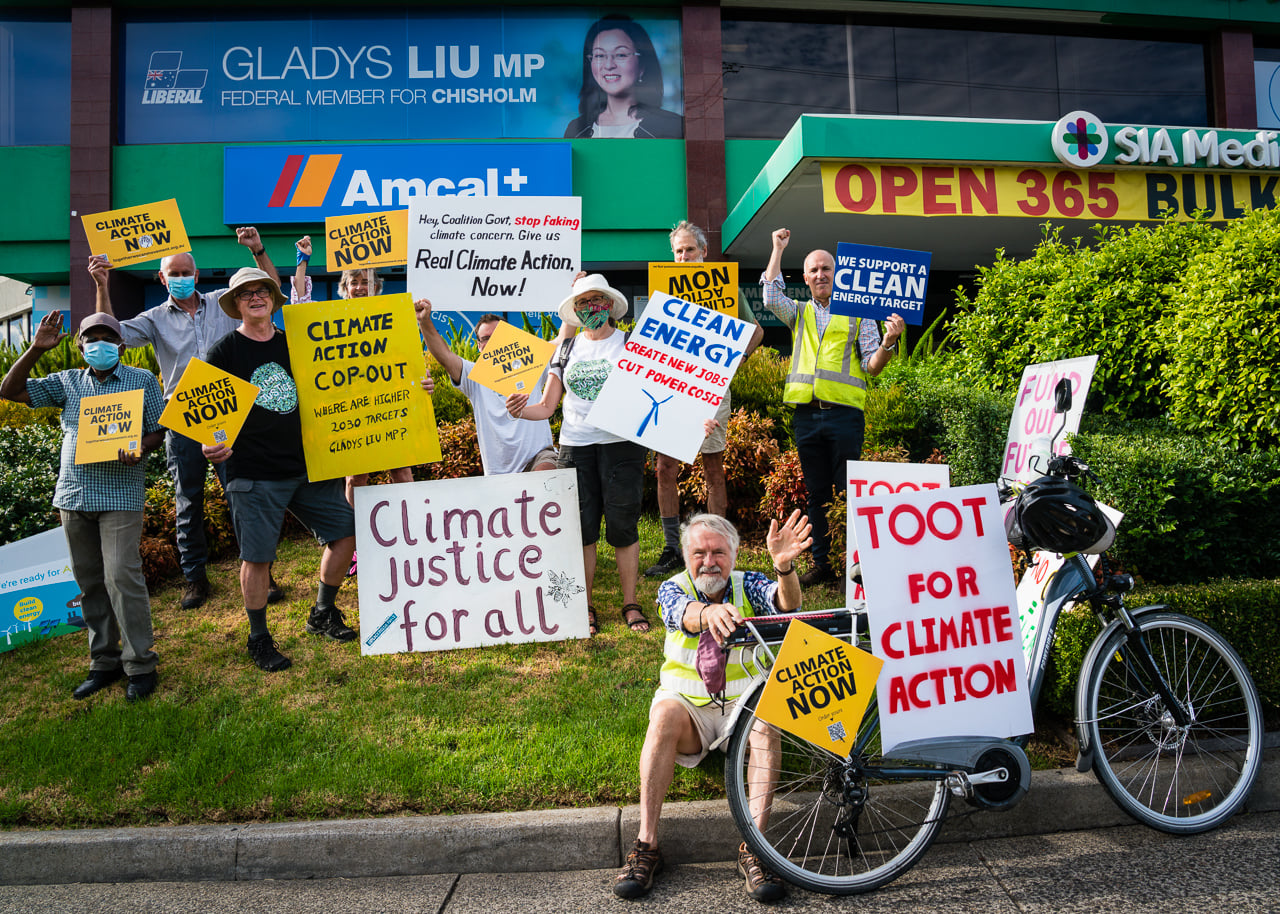 Community members are keeping climate justice on the agenda by holding weekly actions at MP offices in Melbourne's inner east and southeastern suburbs.

"Our community is very disappointed in the lack of commitment to climate justice by our federal government," says Liz Reen, the organiser of a weekly action in Burwood. "Science and the Glasgow Pact are very clear on the need for strong emission reductions of more than 50 percent by 2030."

Weekly actions are now occurring at the Malvern office of Dr. Katie Allen MP on Thursdays (between 11am & 12pm) and at the Burwood office of Gladys Liu (between 7:30am & 8:45am). Local organisers would welcome your support, so head along if you're nearby.

"RALLY 'ROUND OUR DUNES" HIGHLIGHTS CLIMATE IMPACTS IN INVERLOCH: 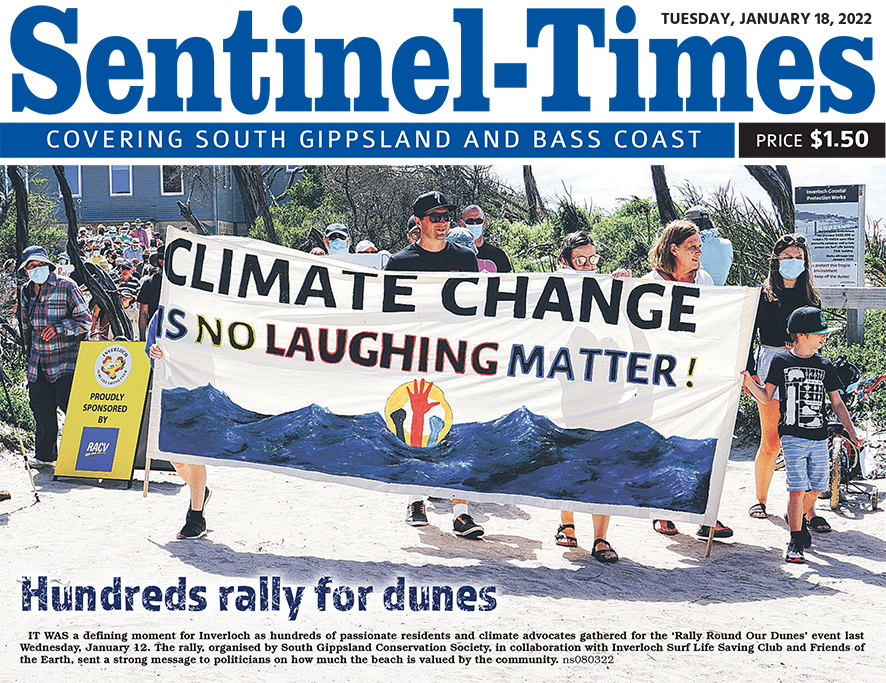 Climate impacts are front page news thanks to the South Gippsland Conservation Society's Rally 'Round Our Dunes event at the Inverloch Surf Beach.

Around 400 community members formed a human "line in the sand" on Wednesday 12 January to mark the original location of the town's iconic sand dunes and call for governments to act. Locals are concerned about the dramatic erosion of up to 70 metres of the vegetated dunes since 2012. The powerful event even made the nightly news (video available here).

While the climate crisis wasn't mentioned in the TV news report, it's the elephant in the room that must be addressed. Connecting the dots between climate change and coastal impacts will be a key focus of Act on Climate in 2022. If you've seen impacts at your local beach or favourite holiday spot, please get in touch: [email protected]

SUPPORT the community's call for governments to act.

FRIENDS OF THE EARTH RESPOND TO CLIMATE PANEL ANNOUNCEMENT: 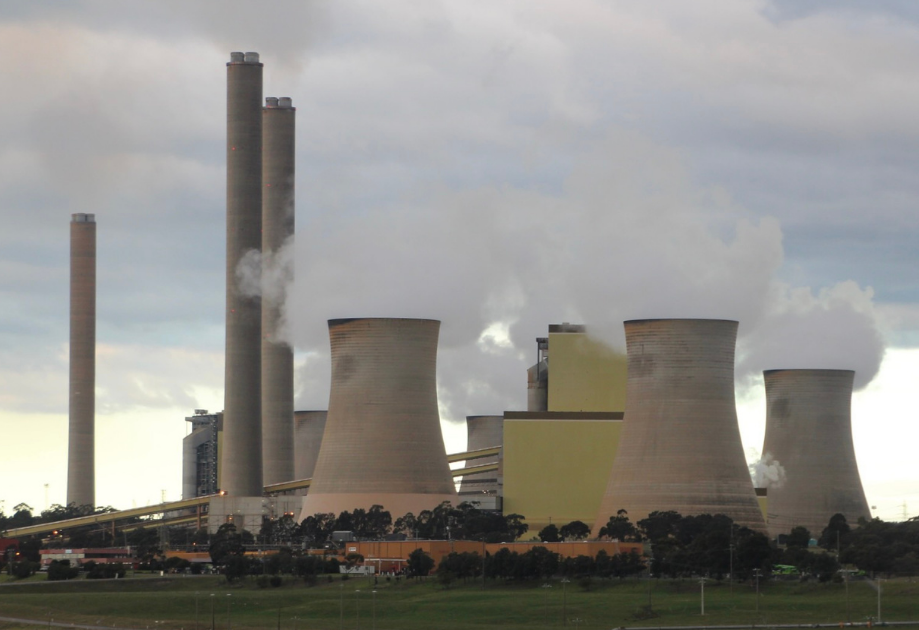 Less than a year after setting Victoria's first interim Emissions Reduction Targets (for 2025 and '30), the Andrews government announced the expert panel that will advise it on the next round of climate targets.

The panel will present recommendations to the Victorian government about the state’s 2035 Emissions Reduction Target ahead of its decision in the first half of 2023. It will be the first time any jurisdiction in Australia has set a target for 2035.

"The Victorian government can lock in jobs and investment by accelerating the pace of emissions reductions," I said in a statement. "We can’t afford to wait until 2050 to reach zero emissions."

Friends of the Earth coordinated a community campaign on Victoria’s climate targets between 2017 and 2021. We will build on this effort to ensure the next climate targets are aligned with science so stay tuned for updates. Want to get involved in the fight for climate justice and environmental protection?...

Then join Act on Climate and Friends of the Earth campaigners on Tuesday 15 March for an info night at the iconic Victorian Trades Hall in Carlton.

With both a state and federal election approaching, 2022 is going to be a crucial year for our climate, communities, wildlife, and the places we love.

There's a lot of work to do to secure strong policies to tackle the climate crisis, drive a just transition, and protect ecosystems, so join us on 15 March to hear about our campaign strategies and get involved.

REGISTER for the info night today. 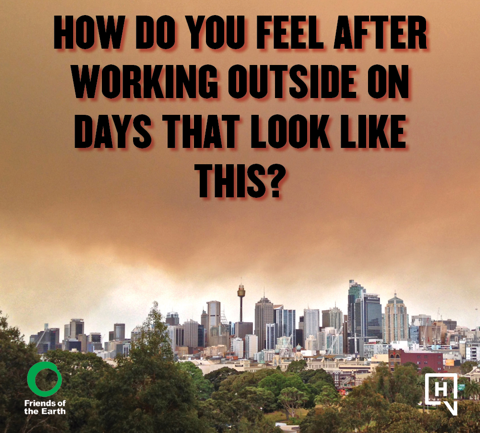 Do you work in the retail, fast food, or hospitality industries and know the feeling of working long hours through heatwaves, extreme weather, and bushfire smoke?

We know that both indoor and outdoor workers across Victoria are already on the frontlines of accelerating climate change.

Friends of the Earth has partnered with RMIT University and six Victorian unions to investigate the ways in which climate impacts are affecting workers and what responses they expect from governments and employers.

The surveys for the HospoVoice Union and the Retail & Fast Food Workers Union are public on the union websites. So if you work in those industries, or have friends who do, head to the links below to share your experiences.

CLICK here to take the survey for hospitality workers.

AND here to take the survey for retail and fast food industry workers. 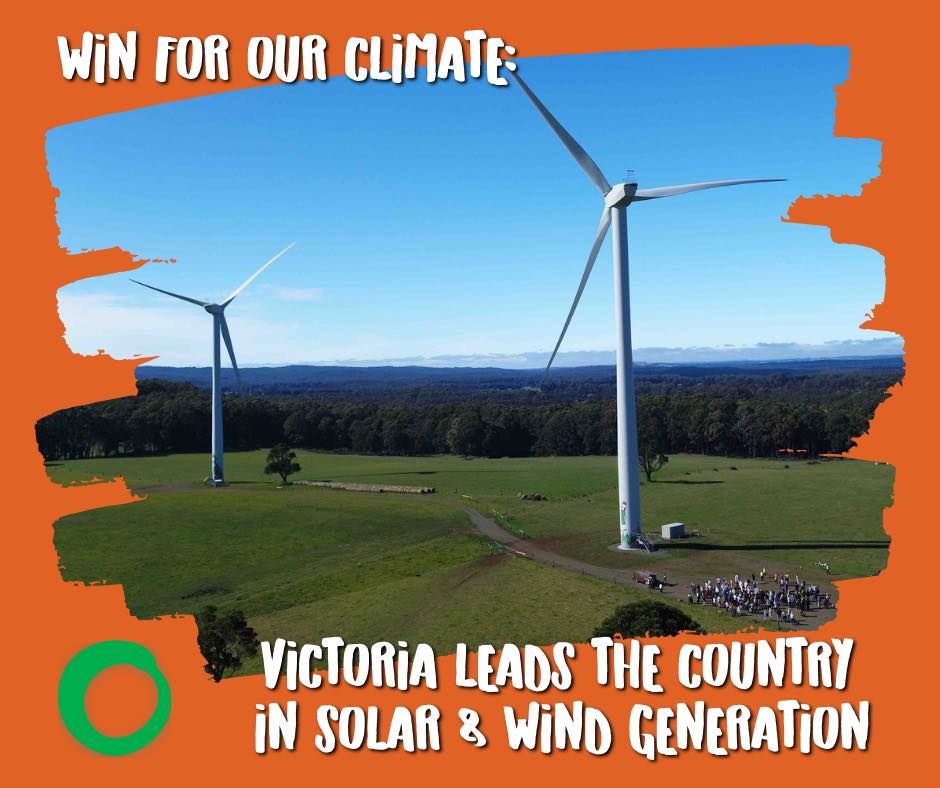 The impacts of grassroots campaigns for strong climate and energy policies in Victoria is becoming clearer each and every month.

"On a state-verses-state basis, Victoria topped all Australian jurisdictions for combined wind and solar output in 2021," reported RenewEconomy in late January.

Just days later, The Age reported that the "renewables surge" was squeezing coal and gas out of the electricity grid and accelerating the closure of the Victoria's coal-burning power plants.

Hats off to all the community members who campaigned for the Victorian Renewable Energy Target, the Climate Change Act (2017), and state Emissions Reduction Targets. The transformation of Victoria's (and the country's) grid would not be happening without these policies in place.

The climate justice event calendar is filling up in February and March. We'd love to see you at the following: