45 YEARS OF ACTING UP! FRIENDS OF THE EARTH INTERNATIONAL FOCUS

Friends of the Earth podcast history series made in collaboration with 3CR 855 AM community radio show Acting Up!
Monday 2.00pm.  Ratbags, peaceniks and agents of change, resistance radio that explores the movements that made us.

45 years of Acting Up!  Friends of the Earth International Focus audio episode

1971 Friends of the Earth International (FOEI) was founded by four organizations from France, Sweden, the UK and the USA, around anti-nuclear testing and anti-war protest.

Mid-1970s Friends of the Earth campaigns extensively to protect Antarctica, and publishes 'Antarctica: World Law and the Last Wilderness'.  Converging with allied groups, FOE forms the Antarctica and Southern Oceans Coalition, campaigning in the public realm in Australia through international meetings, leading to the Madrid Protocol banning mining in Antarctica for at least 50 years.

1976 FOE’s Chain Reaction magazine puts out a call via the 'Leak Bureau' for corporate and government whistle-blowers to provide information.  A whistle-blower emerges from Mary Kathleen Uranium Mining leaking documents to FOE that reveal the existence of a global uranium cartel, leading to protracted international scandals and fines totalling hundreds of millions of dollars.

1978 FOE is among the few official parties invited to the Inquiry into Whales and Whaling. Following the announcement that the last whaling station at Albany, WA is to close, FOE campaigns for a whale sanctuary in Australian territorial waters, a ban on the import of whale products, and for Australia to take a proactive role in international forums to secure global protection for all species of whale from commercial operations.  Due to intense campaigning by FOE and many other environmental groups, the Federal government places a total ban on whaling in Australian waters.

1981 A small FOE International Secretariat was set up, initially staffed by volunteers, which rotated from country to country as globalisation and economic free trade related environmental and social justice issues arise.

1983 FOE International grows to 25 members, and an Executive Committee is elected to oversee the issues worked on between meetings.

1985 Extensive campaigning wins a complete ban on commercial whaling in Spain.  FOEI sets up a regional coordinating body, FOE Europe, with an office in Brussels to strengthen the environmental movement in Eastern Europe.

1986 FOE International’s AGM is hosted for the first time by FOE Malaysia.  The FOEI federation has 31 members from all over the world involved in the environment versus development debate.

1994 FOEI’s AGM decides international cooperation is to be intensified through the development of an 'agenda' that presents common points of view within a coherent framework, implemented in a variety of publications, projects, campaigns, and international fora within the Sustainable Societies Programme.

1996 Ramsar Wetlands conference is held in Brisbane, Queensland marking the beginning of greater involvement of FOE Australia in the FOE International network.

1998 Supported by Friends of the Earth International member groups, a de facto moratorium on new genetically modified crops and foods in the EU is put in place.  FOE Melbourne hosts the annual FOE International meeting with more than 40 countries represented.

2000 Massive protests held against the World Economic Forum meeting in Melbourne.  FOE Melbourne actively supports the successful campaign against the Multilateral Agreement on Investment which would restrict government regulation of international investment and corporate behaviour.  With the Green Institute and Heinrich-Boll Foundation, FOE organises an international conference in Canberra to assess how far global environmental co-operation has developed and delegates from almost 60 countries represent.

2004 Friends of the Earth supports a referendum to win acknowledgement that water is a human right in the Uruguayan constitution.

2008 The world’s first Climate Change Act is passed in the UK.  Friends of the Earth groups grow to more than two million members and supporters.  FOEI unites more than 5,000 local activist groups, and employs approximately 1,200 staff members.  FOEI federation of 73 member groups grow from annual meetings of environmentalists from different countries who agree to campaign together on crucial issues, such as nuclear energy and whaling, from Africa, Asia Pacific, Europe, Latin America and the Caribbean, and North America.

2011 Publication of Friends of the Earth International book, 40 years of struggle and successes read pdf here.

See 40 years of Friends of the Earth in pictures by The Guardian here.

Latin America’s first national law banning new metal mining projects is passed in Costa Rica.  FOE International works in close collaboration with allies including La Via Campesina, the World March of Women and many other groups.

2019 Friends of the Earth International commits to work for gender justice and to dismantle patriarchy in our societies.  FOEI continues to campaign on the most urgent environmental and social issues, with over 2 million members and supporters around the world.  Read about our recent victories here.

Stay up to date with Friends of the Earth International

We are the world’s largest grassroots environmental network, uniting 73 national member groups and over 5,000 local activist groups on every continent.  We challenge the current model of economic and corporate globalization, and promote solutions to help create environmentally sustainable and socially just societies.

Check in with Friends of the Earth Australia 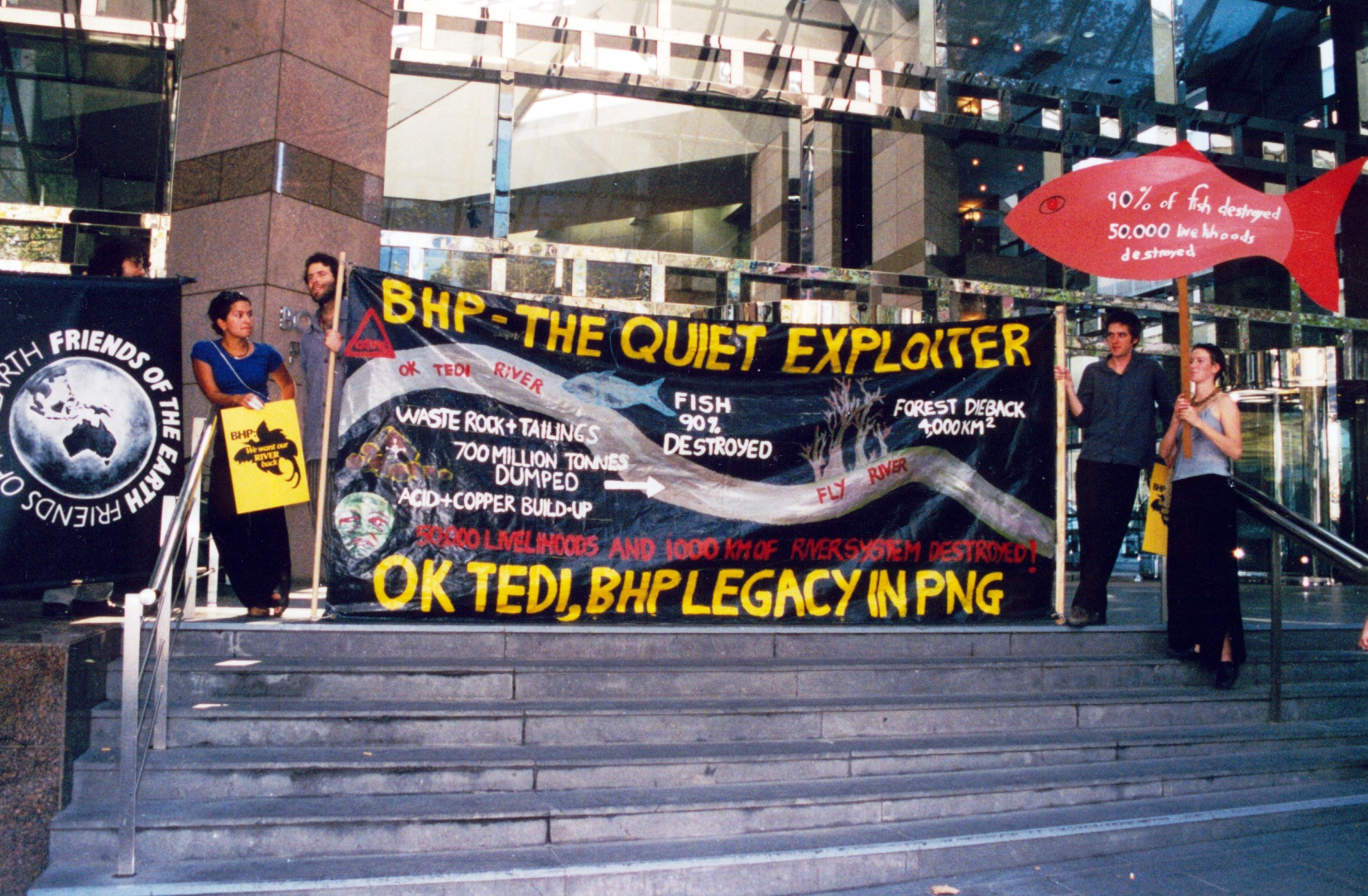