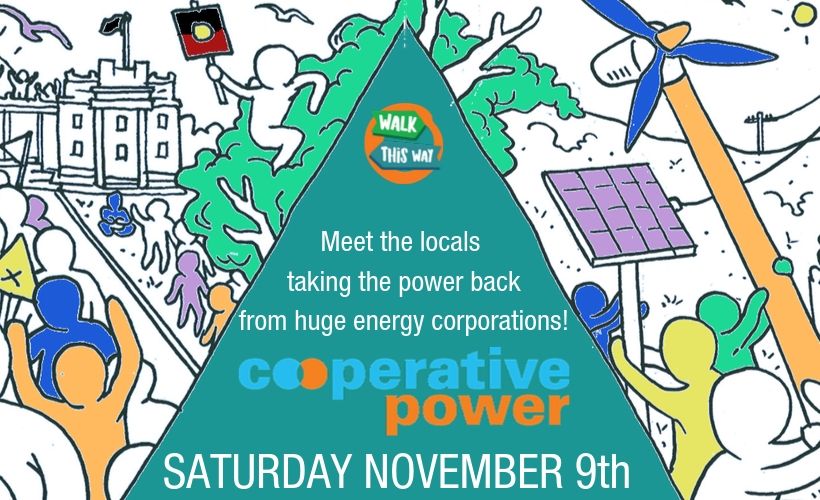 There is an urgent climate imperative to transform our economy. The Intergovernmental Panel on Climate Change report (2018) concludes that, by 2030, global emissions must drop by 45% from their 2010 levels if we are to avoid exposing hundreds of millions of people to serious climate-related hazards. A growing body of mainstream climate science says that we need to achieve deeper targets earlier if we are to avoid catastrophic climate change.

We are already in the middle of a largely unplanned transition in our national and local economy, partly due to the forces of economic globalisation and partly through technological changes to the energy system. Because it is unplanned, many aspects of the change are unjust. At the national level, there is already wage stagnation and an industrial relations system which works against the interests of workers. Many aging coal-fired power stations are nearing the end of their lives and the native forests sector is clearly unsustainable and on the verge of collapse. The economy is undergoing a market-driven transformation and many of these changes are bad for blue collar workers.

Both state and federal governments have allowed, or encouraged, previous destructive transitions. Privatisation such as happened in the Latrobe Valley, and the 'economic reform' and neoliberal programs of the Hawke, Keating and Howard eras hurt the poorest and most vulnerable in our society. As noted by the ACTU, previous industrial transitions have increased inequality.

In June this year, the first sod turned at the Berrybank wind farm in Western Vic. The wind turbine hubs will be built at the former Ford factory in Geelong, and the wind technicians trained in Ballarat. All made possible because of the Victorian Renewable Energy Target we campaigned on for years.

These are climate jobs, and we want to see thousands more. Here in Victoria, Friends of the Earth’s  Yes 2 Renewables collective is fighting for climate jobs, transforming the economy for people and planet.  Sign up to Walk This Way today to hear more about our plan to Transform Victoria’s energy system!

There is no doubt that Morrison is a threat to the renewable energy revolution, but there are big opportunities for action here in Victoria. Here’s why:

Every dollar you raise on our 15km Walk This Way along Melbourne's Merri Creek Trail will support Friends of the Earth campaigning for urgent system change in the face of the climate crisis.

The urgent climate imperative to Transform Victoria is happening at all levels, and communities are taking the lead in setting the agenda for what system change really looks like. Walk This Way will celebrate the transformative communities creating change from the ground up - from community gardens, to publicly owned energy projects, worker cooperatives, and the local groups bringing life back to our forests and waterways.

Cooperative Power - taking the power back from big energy Corporations

Cooperative Power is a newly formed cooperative for Australia's energy sector. This new model takes the power back from huge energy corporations, for the benefit of people and our planet. It's a new way for people to buy energy and have a say in how it's created and how much it costs.

The Cooperative Power vision is to have a socially and community-owned retailer that invests in and purchases community renewable energy, and subsidises the roll out of energy efficiency improvements as well as renewable energy infrastructure for working-class households. No one, and no community, should be left behind by the transition.

Cooperative Power allows us to be a collective purchaser that can own the solutions we want to see.

Cooperative Power is only just getting started, but their retail product partner - Energy Locals - is in the top three of the Green Electricity Guide for supporting renewable energy.

Through Cooperative Power we can invest in community renewable energy; such as solar plants, wind energy, battery storage and home energy efficiency. Together we can drive change rather than relying on a slow moving, private energy sector that is still heavily reliant on fossil fuels.

The initiative was founded and led by the National Union of Workers, and it started with winning a New Energy Jobs grant from the Victorian government in late 2015. The result was a feasibility study into the concept undertaken by the Institute of Sustainable Futures.

Since that study a number of unions, environmental and community groups have joined together as members to form Cooperative Power including Friends of the Earth affiliate Earthworker Cooperative!

Friends of the Earth recently became part of the Cooperative Power network, and we're excited to have them along at Walk This Way to share their #TransformVic leadership story!

The Victorian Government is beginning to drive change by setting renewable energy generation targets of 25% by 2020 and 40% by 2025, and aiming to have net-zero carbon emissions by 2050. However, Victoria is still heavily reliant on fossil fuels, particularly for electricity and travel.

As the world moves away from coal and towards a greener, cleaner energy system it provides an opportunity to recentre our energy system around human rights and community wellbeing.  Friends of the Earth continues to do grass-roots campaigning with communities that are working towards a renewable future with a focus on social justice.

Friends of the Earth’s Energy Justice collective have recently launched a No New Fossil Fuels Campaign. Together with communities on the frontline of new fossil fuel projects in Victoria,  are calling on Premier Daniel Andrews' government to stand with communities and a safe climate, and commit to no new fossil fuel projects in Victoria. This includes;

FoE’s Energy Justice  collective will be joining Walk This Way and reporting back from their Fossil Fuel Frontlines Community Tour!

Sign Up today as we get moving in the flight for energy justice at Walk This Way on Saturday November 9th!