The Andrews government’s 2020-21 budget delivers a clean recovery for Victoria with a record $1.6 billion to accelerate the renewable energy transition and over $5 billion for Public Transport.

Friends of the Earth say the record investment in climate, energy, and transport initiatives build momentum for the government to set science-based Emissions Reduction Targets—a decision on which is expected by the end of the year:

“The Andrews government budget will deliver a clean recovery for Victoria that will create thousands of jobs while cutting emissions,” said Leigh Ewbank, Friends of the Earth campaigns coordinator.

In contrast to the Morrison government’s budget, which failed to deliver climate and energy initiatives, the Victorian Labor government has made renewable energy and energy efficiency a key pillar of the state’s economic recovery.

“The Andrews government’s budget initiatives will accelerate the rollout of renewables, create jobs, and put Victoria on the map for the jobs-rich offshore wind industry.”

Friends of the Earth will engage Minister Lily D’Ambrosio for more details on how the $108 million innovation fund will support offshore wind. Friends of the Earth have been campaigning for the establishment of an Offshore Wind roundtable to develop an industry plan for the jobs-rich sector.

Friends of the Earth say there is an emerging gap between short-term and long-term rail infrastructure that budget 2021-22 can fill by investing in a feasibility study for the Melbourne Metro 2 tunnel.

Budget 2020-21 is a reminder that governments can deliver for the climate and community:

“The Andrews government 2020 budget shows the government can deliver a clean recovery that’s good for jobs, equity, the climate, and the community. This is the sort of leadership the community expects from governments,” said Leigh Ewbank.

“The next logical step for the government is to act decisively on climate change. Setting science-based Emissions Reduction Targets can drive Victoria’s long term economic recovery and ensure our state tackles the climate crisis.”

Friends of the Earth have organised a Day of Action for Victoria’s Climate Targets on Sunday 29 November to call for science-based Emissions Reduction Targets.

The organisers believe this could be the last chance to influence the government’s decision on a nationally significant climate policy. 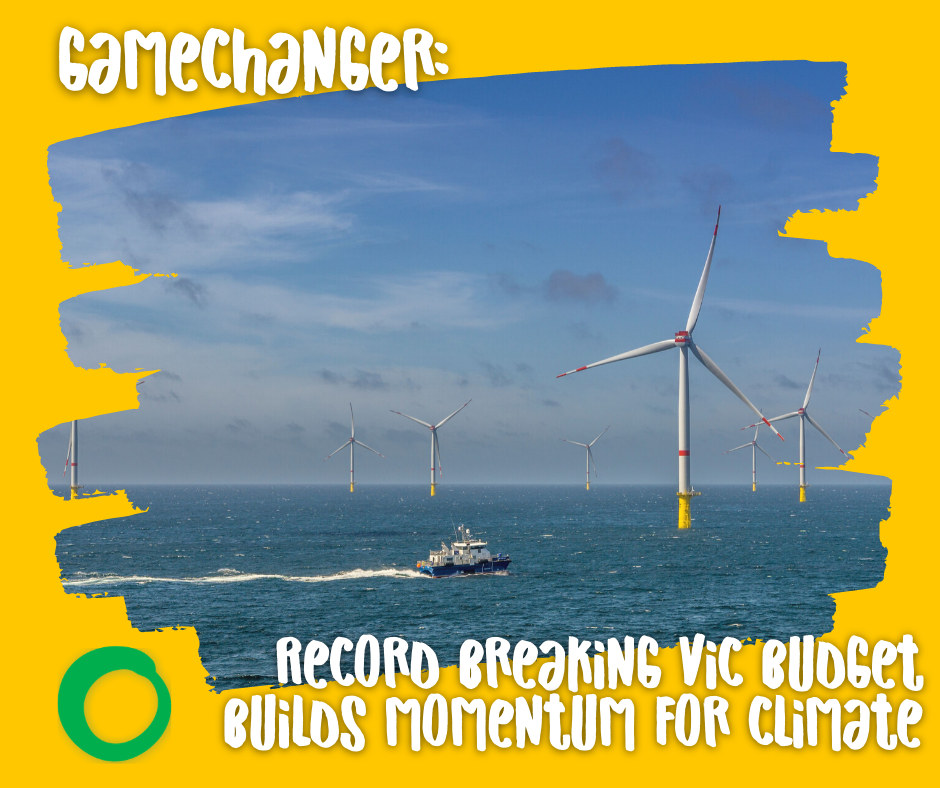