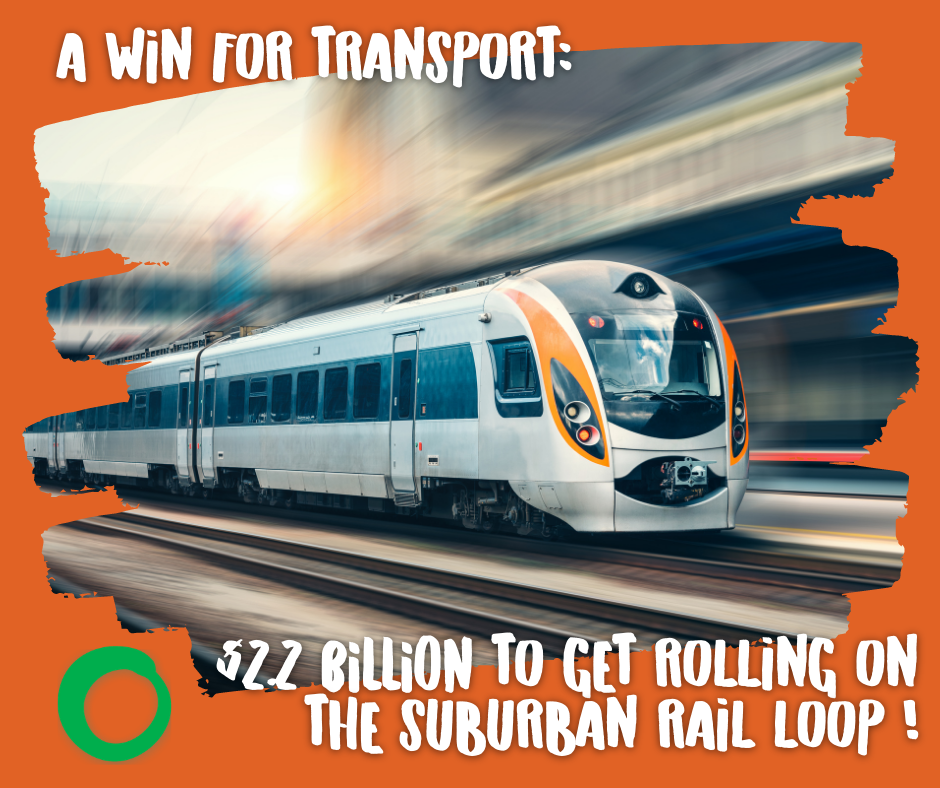 Friends of the Earth Melbourne welcomes today’s announcement by the Andrews government that it will invest $2.2 billion to begin Stage One of the Suburban Rail Loop.

The investment demonstrates that the Andrews government is serious about public transport that connects people, reduces congestion, and helps the state rein in emissions and tackle climate change.

“Connections across suburbs fill missing links, and make it easier for everyone to get where they need to be. This project will give everyday Melburnians better transport choices.”

While the Suburban Rail Loop is a critical project for the long-term, Friends of the Earth say that Melbourne is missing the immediate next step once Melbourne Metro 1 is completed.

“A $50 million commitment to a business plan for the MM2 can ensure a pipeline of jobs between the projects.”

Friends of the Earth note that investment in public transport infrastructure will help the state meet legislated commitment to cut emissions.

“Transport is the second largest and fastest growing source of emissions in Victoria,” noted Claudia Gallois.

Friends of the Earth and public transport advocates will be paying close attention to the Andrews government’s forthcoming budget.