Friends of the Earth is concerned that an unspecified number of young male Strzelecki koalas will be soon on their way to South Australia "as part of a breeding program aimed at saving the species". FoE first learnt of these plans in 2021 and has been trying to find more information since November.

A recent article published by the Murdoch Press 'Koalas strike gold. Cross-border love', states "The boys will shack up with a group of very special koalas - known as the Golden Children - at Cleland Wildlife Park, the only sanctuary-managed population free from both chlamydia and koala retrovirus". 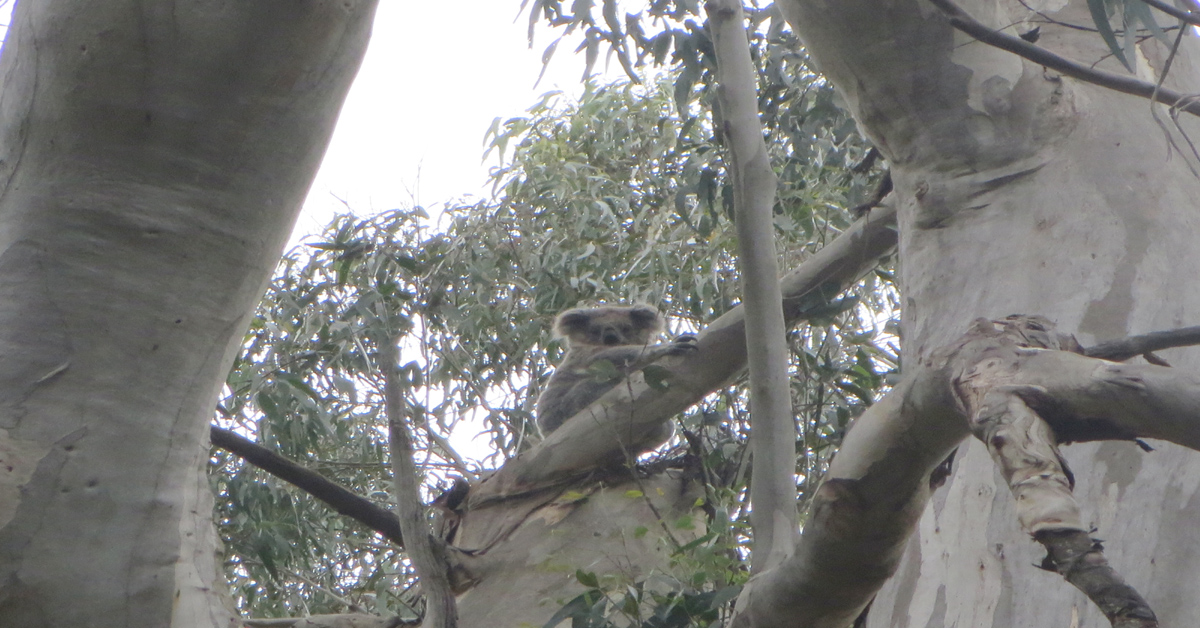 The plan therefore is to breed up a koala population that is genetically robust and does not suffer from chlamydia.

Whilst this plan may appear to have merit, there are a number of concerns that FoE has that are not included in the vague details about the plan.

Firstly there has been no support from either the Federal Government, Victorian Government or South Australian Government to support long-term protection for the Strzelecki koalas in either the Federal EPBC Act, the Victorian Flora and Fauna Guarantee Act or the Victorian Wildlife Act. Strzelecki koalas therefore have extremely limited protection provisions, despite the South Australian Environment Minister David Speirs being quoted as saying: "The arrival of the koalas is part of a bold new South Australian-Victorian conservation initiative, which will be a historic achievement in helping ensure the survival of koalas in Australia".

If the animals are so important, why isn't that significance acknowledged in legislation? Will David Speirs and the South Australian Government join Friends of the Earth in lobbying for the Strzelecki Koala to be listed under the Federal EPBC Act and lobby the Victorian Government to safeguard the koala population in the Strzelecki/South Gippsland region, including habitat protection? 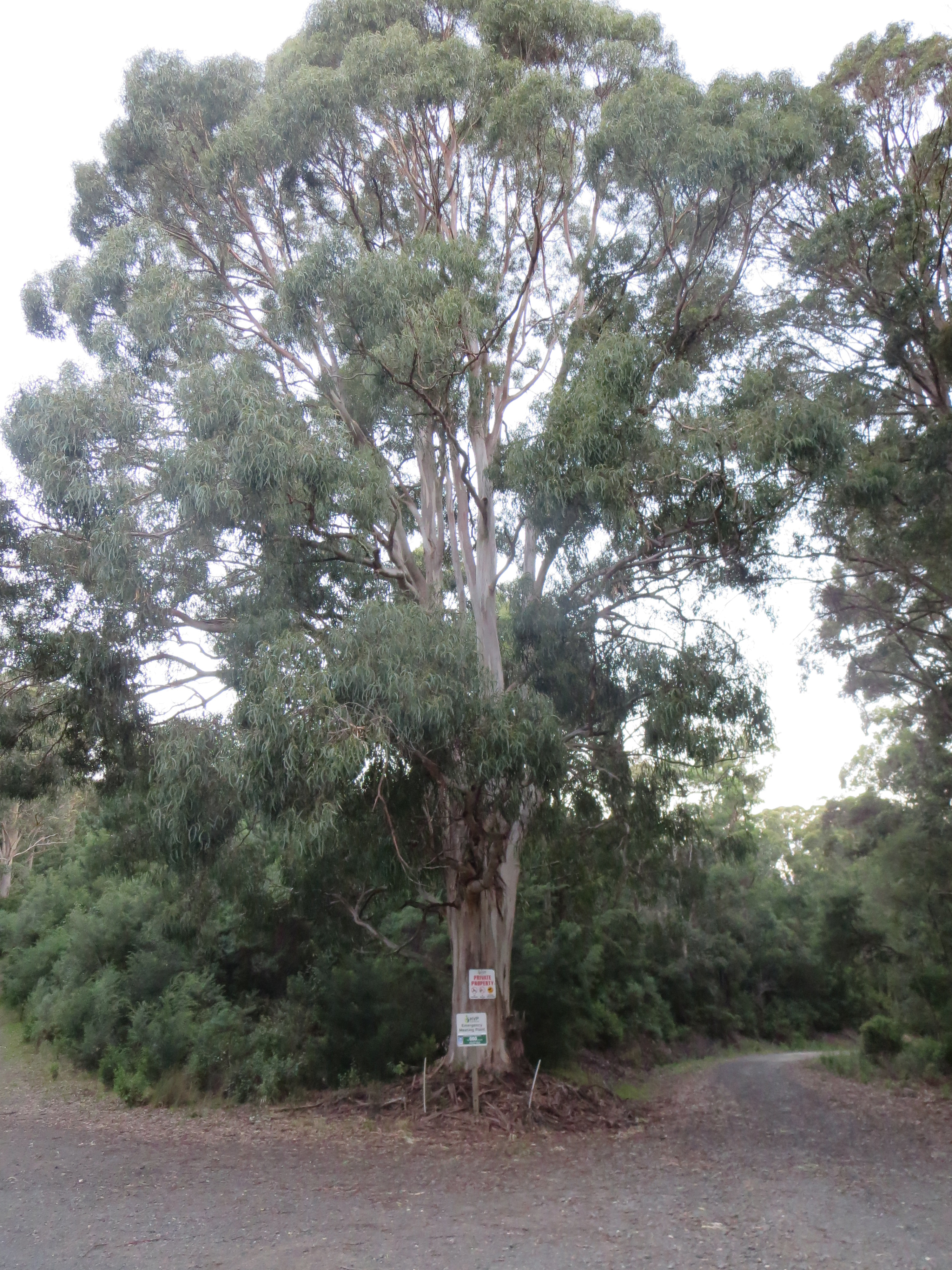 Secondly, there is no information provided about where the animals will be sourced from, other than "The Victorian koalas will be taken from a private forest plantation under an agreement between the two state governments". This implies that the agreement will also include Hancock Victorian Plantations who own approximately 50% of known Strzelecki koala habitat, after the privatisation of the Victorian Plantations Corporation in 1998. Depending on where the animals are sourced from, this could have large impacts regionally if the animals will all be sourced from a single location or in locations where koala numbers are already very low. The Strzelecki koala population is probably as low as 1500-2000 animals, but noone knows exactly how many animals remain.

Koalas also roam both plantations and surrounding native forest. How will the plan determine if the koalas are sourced from animals that are only passing through the plantation and do not live in the plantation itself? Unlike South Western Victoria, hardwood plantations in the Strzelecki's do not usually have large amounts of koalas inside them.

Fourthly, if the translocation plan fails, will more koalas be required to keep the plan alive? Will this be the precedent allowing for further translocations to occur into the future, to boost koala numbers in South Australia and possibly even NSW?

And finally, there has been no communication with this translocation plan with the Strzelecki and South Gippsland communities who are increasingly concerned about the long term future of the animal in the region. Recent storms in some of the best remaining Strzelecki koala habitat and fires in the same area in 2019 have shown how vulnerable the koala population is to climate change. Also, VicForests are now targeting key koala habitat in Alberton West, Jack River and Mullungdung Forest areas. These combined impacts will all lead to a further decline of the species in the region. Over 400 local residents are now members of the Friends of the Strzelecki Koala Facebook Group. Noone was informed about the translocation plans. The Victorian State Government has been silent. 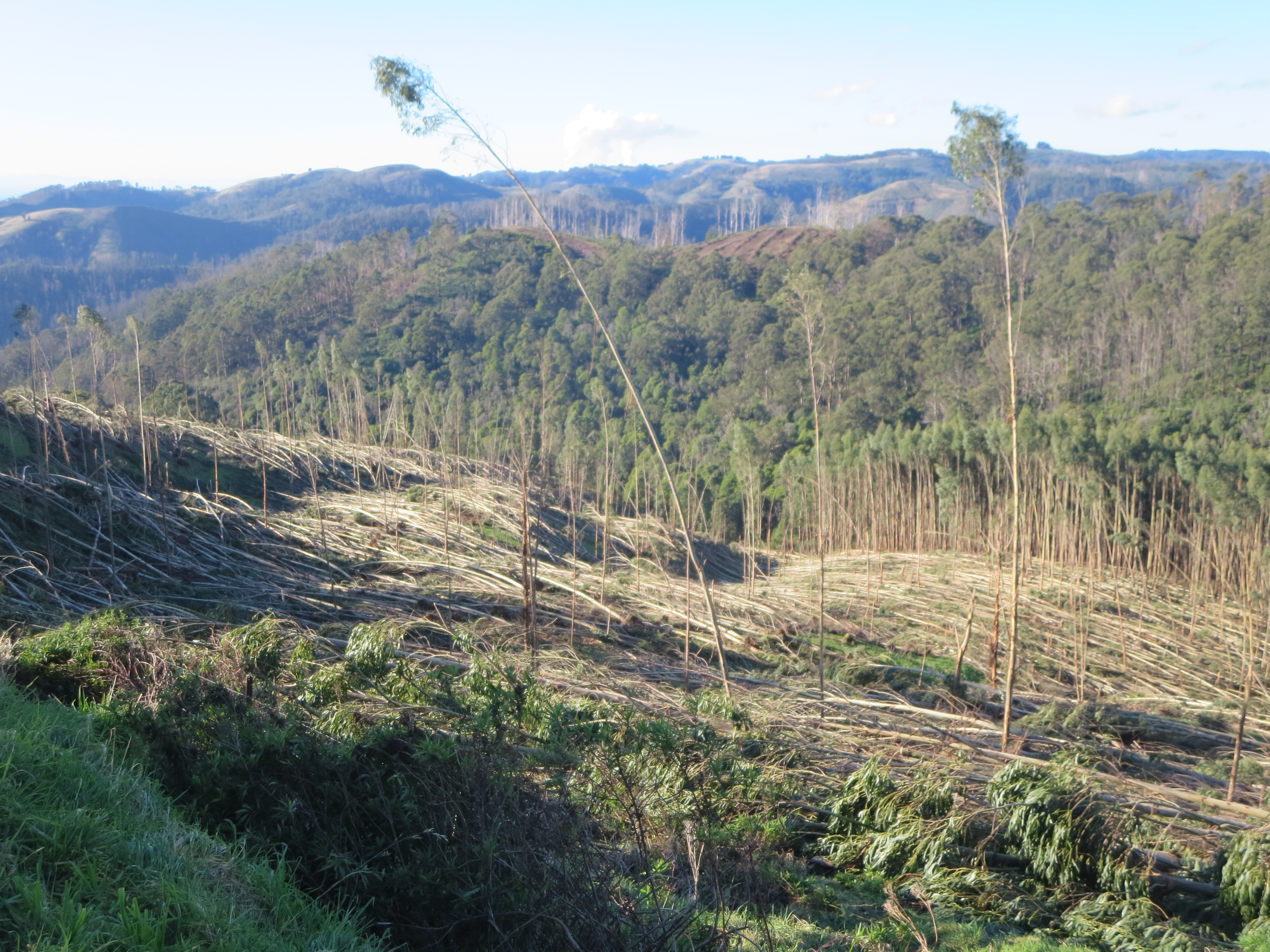 June 2021: Recent storms impacted on thousands of hectares of koala habitat in the Strzelecki Ranges, including this bluegum plantation at Yinnar South where a number of dead koalas were found.

According to a spokesperson from the South Australian Department of Environment and Water:

"The koalas - that will be subadult, pre-breeding males 7 kg or less - will be taken from a private forest plantation.

The Victorian Government approved a permit for the South Australian Department for Environment and Water.

The permit process requires a robust application process to ensure the taking of the wild koalas was in the interest of conservation of the species.

The translocation permit has been granted until June 30th 2022. Covid 19 regulations and weather will determine collecting times.

Two experienced wildlife veterinarians will travel with the translocation team to ensure koala welfare is not compromised.

In field chlamydia tests will be conducted."

Retro-virus testing will be conducted once the animals have settled in South Australia.

If you like our koala work, please donate and we'll keep putting the pressure on.