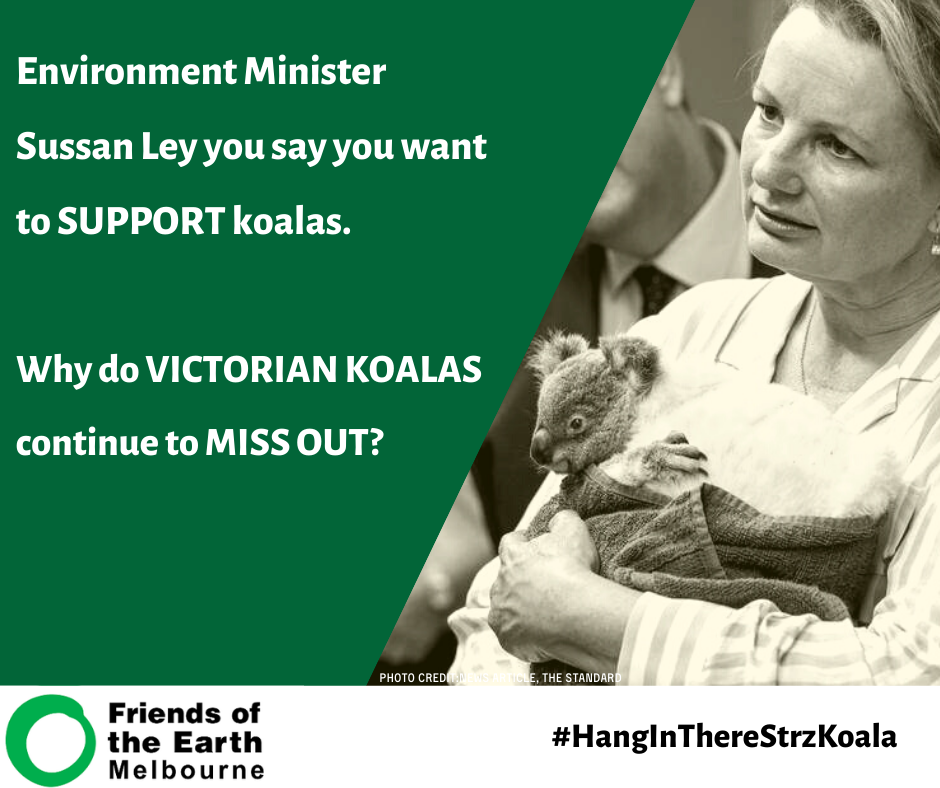 Help us list the threatened Strzelecki Koala under the EPBC Act to sustain Victoria's koala population!

With estimates of only 1,500-2,000 Strzelecki/South Gippsland koala's, this population is in constant stress due to a depleting and highly modified habitat, coupled with intensifying bushfires and climate change there is little reserved land or protection for this unique animal.

Victoria's Flora and Fauna Guarantee Act (1988) is designed to protect threatened species, however it lacks the ability to take into account the significance of sub-species, meaning that it cannot provide protection for the Strzelecki Koala. To overcome this we believe that the Strzelecki Koala requires federal listing and protection under the Environment Protection and Biodiversity Conservation (EPBC) Act.

We sent a letter on April 23rd to the Federal Environment Minister Sussan Ley asking for her support to protect this species of koala which may ultimately pave the future for Victoria's koala population. We are currently awaiting a response back from her.

You can also check out our short film which provides a snapshot into why it is so important that we recognise and protect these special koalas.

** After 9 weeks we have received a response from the Department of Agriculture, Water and the Environment but our concerns have not been resolved.**

They have confirmed that YES, EPBC listings occur "sparingly". Given that they believe that the 2012 consensus of Victorian koalas confirmed a "relatively stable" population, they don't deem it urgent to list these species of koala. We are pushing for government to accept the genetic difference and importance of the Strzelecki Koala, as they hold the key to the long-term survival of the species in Victoria and South Australia.

Please continue to sign so that we can continue to champion the critical need to protect these unique koalas.