The United States was not alone in increasing ambition ahead of the critically-important UN climate negotiations in Glagsow this November. The United Kingdom announced a 78 percent emissions reduction by 2030 in addition to a previous pledge to cut emissions by 68 percent by 2030. Japan and Canada also increased their ambition.

"The Morrison government's refusal to commit Australia to any emissions reduction targets leaves the country exposed to carbon-border tariffs and will cost jobs," says Leigh Ewbank. 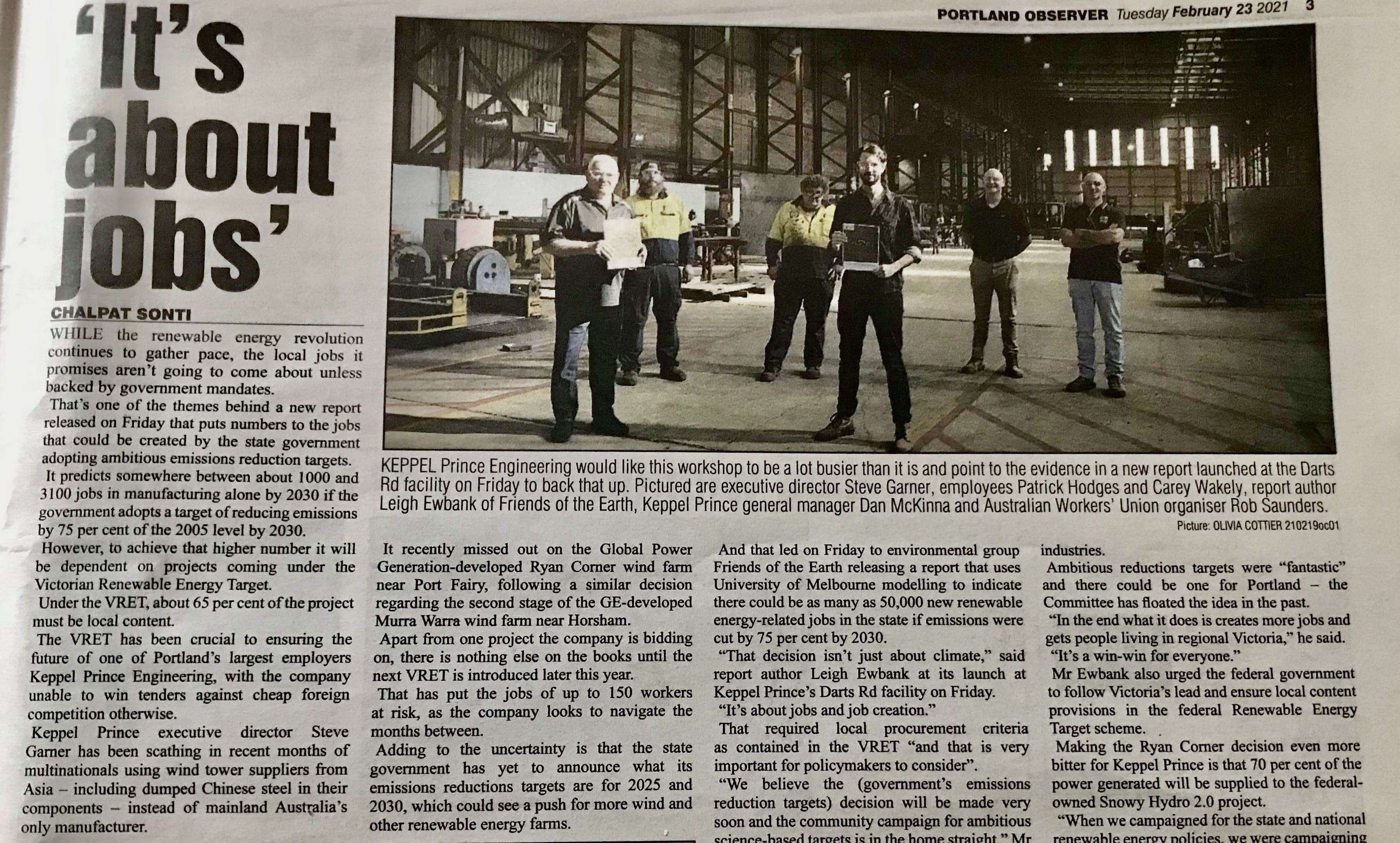 Friends of the Earth says communities are now looking to the Andrews Labor government to show leadership on climate change and jobs.

The state government will soon announce its long-awaited Emissions Reduction Target for 2030 which was delayed due to the COVID-19 pandemic.

"Labor can build on the momentum by setting science-based targets that are bold and ambitious."

University of Melbourne modelling, commissioned by Friends of the Earth, found an emissions reduction of 75 percent by 2030 was achievable and would create at least 50,000 jobs for Victorians.


RESPONSES FROM FRIENDS OF THE EARTH INTERNATIONAL AND UNITED STATES:


Dipti Bhatnagar, International Program Coordinator for Climate Justice and Energy with Friends of the Earth International, from Mozambique, said:

The U.S. climate target unveiled today is magnitudes below the United States’ fair share of climate action, both in terms of actual greenhouse gas reductions and providing finance and other assistance for communities in the Global South as they reel from a climate crisis they did not create. Droughts are destroying crops, cyclones are leveling homes, and whole nations are literally disappearing. This climate goal is neither driven by justice and equity nor by science, and that is not acceptable. The United States must accept and address its high level of responsibility for the climate crisis and encouragement of high-carbon lifestyles the world over, for which planet and peoples are severely paying the price.

President Biden’s commitment may seem ambitious for Washington, but it is sharply inadequate and deeply unjust for the billions living in the Global South. It stands in stark contrast to his expressed commitment to center environmental justice in his approach to government. Biden must go back to the drawing board and present a Nationally Determined Contribution in which the U.S. does its fair share to keep the world on a path to limit global temperature rise to 1.5 degrees Celsius.