Latest survey results suggest that koala numbers could be up to ten times less in surveyed forests, than the best remaining koala habitat in the Strzelecki Ranges. To recap, Friends of the Earth Melbourne recently completed its latest Strzelecki koala survey report for the 2020/21. Surveys for the year concentrated in previously unsurveyed forests east of the Strzelecki's, mainly at Won Wron State Forest and Mullungdung State Forest.

The koalas in the Strzeleckis/South Gippsland regions could hold the key for the long term survival of the animal throughout Victoria and South Australia. As few as 2000 Strzelecki koalas may remain.

Key findings suggest that in 30,000 hectares of native forest stretching from Holey Plains State Park through to Mullungdung, only 115 to 215 koalas may remain. Over 180 sites managed to be surveyed, between a series of Covid lockdowns and a freak storm which closed all forests in the region for two weeks in June. 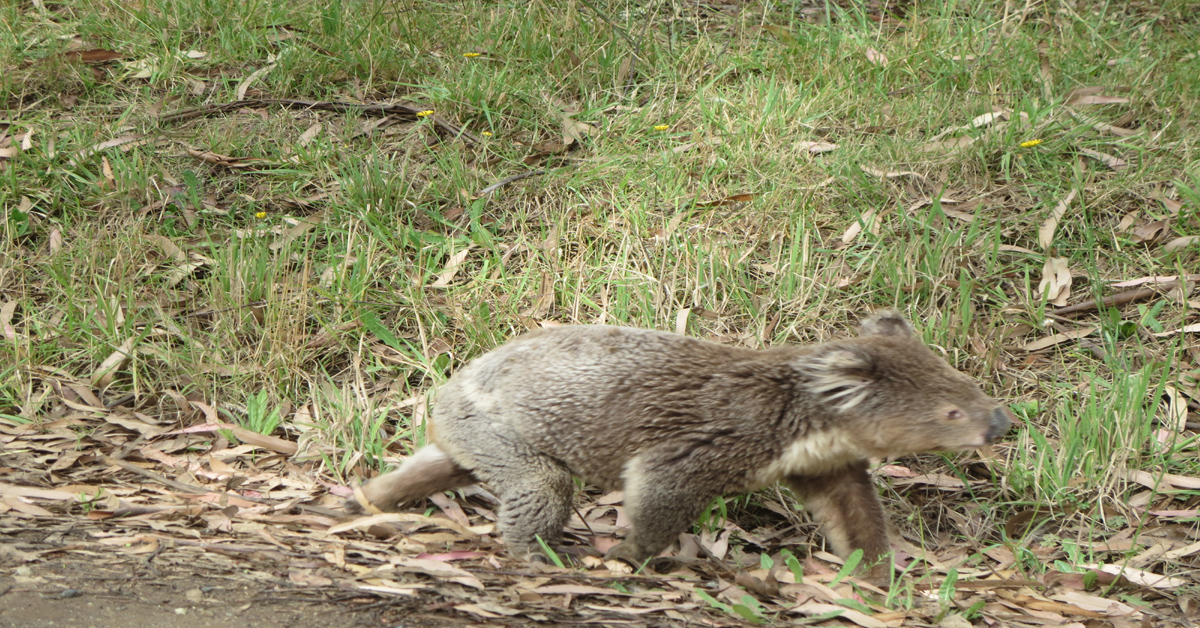 A follow up report (Phillips and Wallis 2016), including data published in the 2014 report and covering 10,500ha estimated a koala population of 945 animals (0.09 koalas per hectare)

FoE estimates that for most of the areas outside of the best Strzelecki habitat, the koala population falls dramatically to ~0.02 koalas/ha.

FoE’s 2021 surveys focused on Wonwron and Mullungdung state forests.  FoE estimates the koala population at Won Wron State Forest to be between 25-50 animals and for Mullungdung between 70-140 animals. (These estimates are between 0.01-0.02 koalas/ha or between 43-86 times less than recent estimates by the Victorian State Government. (see ‘Modelling Koala abundance across Victoria’ G.W. Heard and D.S.L. Ramsay).

The 2020/21 surveys (again) confirm Mountain Grey Gum as the preferred tree species for koalas in the Strzelecki Ranges/South Gippsland region and confirms the wider dispersal of koalas throughout the Strzelecki’s and the Gippsland Plains.

Only 1 scat was found in a recently burnt site and 1 scat found in an area of firewood activity.

4 scats were located in an area that is planned to be logged by Vicforests who appear to be increasing their activity in the region. This was the only planned logging coupe that was surveyed.

A copy of the report can be found here.

FoE intends to keep these surveys ongoing into 2022, once lock down ends. No one else (including the State Government) is doing this vital work. This is one of the most significant koala populations remaining anywhere!

We recently featured on Dirt Radio as we spoke about the story of the Strzelecki/South Gippsland Koala. Listen below to hear the story:

Any donation is greatly appreciated.

If you also feel inspired also send in a submission to the Federal Government about its Koala Recovery Plan. Submissions close on September 24.

Donate to support Friends of the Earth's work to protect koalas in Victoria. Donations over $2 are tax deductible