Logging in our National Parks

National Parks are protected right? They are the last remaining vestiges of land in Australia that are no longer cut down, hunted in or dug up. Think again. As we speak, there are large machines pushing, breaking and cutting down Red Gum trees and trampling vegetation in the Murray Valley National Park (MVNP) in NSW, Australia. It looked bad on paper, and it looks even worse in real life. It is almost unbelievable that we are employing loggers to go back into our National Parks. 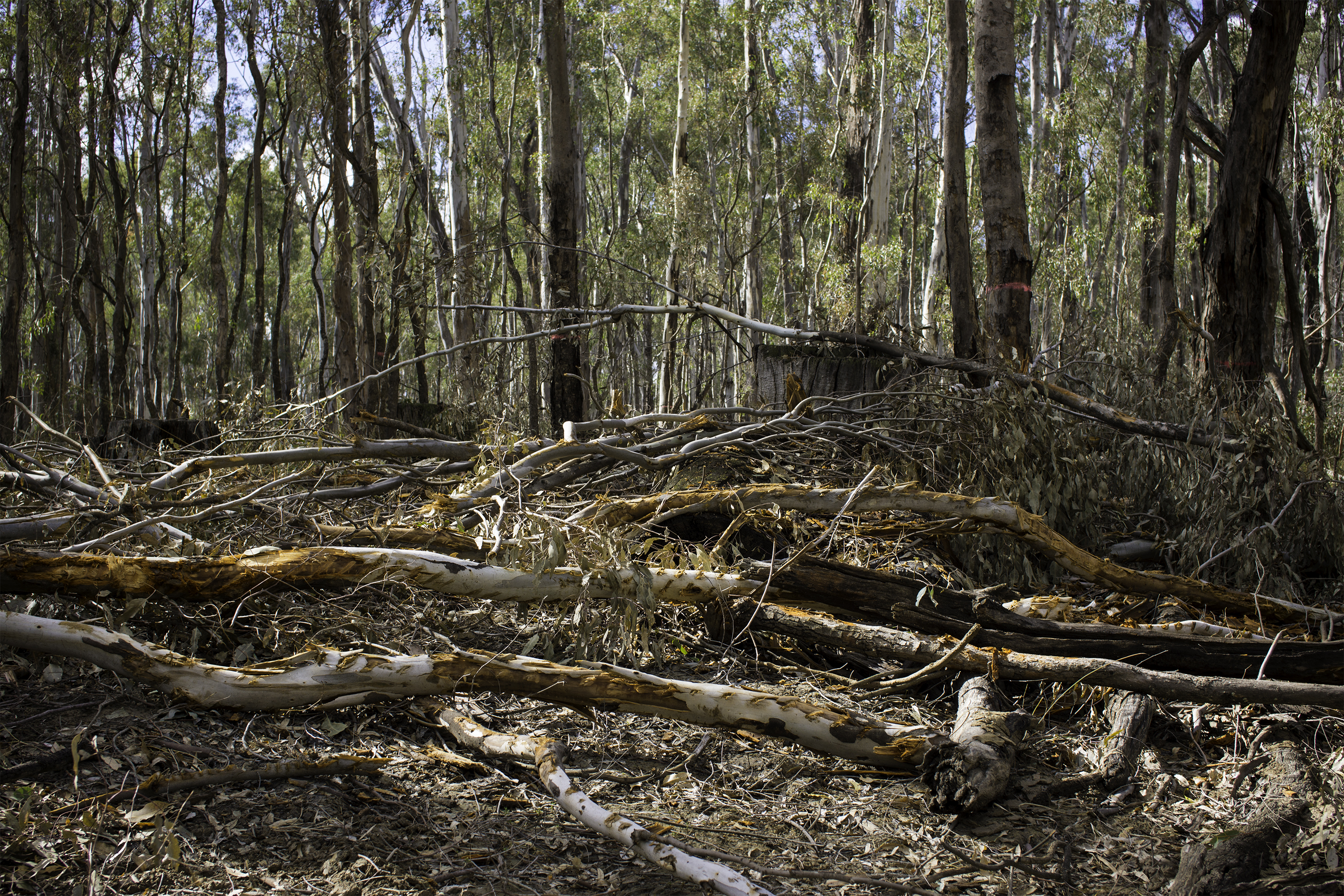 (Destruction on the forest floor)

Friends of the Earth are opposed to this so called ‘Ecological Thinning trial’ that is destroying the Park. The Murray Valley National Park was declared in 2010 after around 200 years of white settlement, logging, hunting, invasive pest and weeds and cattle grazing. After 6 years free from logging, the trucks have rolled in once more.

The MVNP is a part of the Barmah-Millewa forest – the world’s largest River Red Gum forest. It sits along the banks of Australia's iconic Murray River and is a haven for threatened and endangered species and a homeland of deep cultural significance to the Yorta Yorta Traditional Owners.

This Park is suffering under the NSW Government who have introduced cattle grazing and logging trials concurrently. If you thought your National Park was safe from logging and grazing, think again. There is a serious agenda being put forward here by the NSW Government to strategically wind back protections for our Parks and trial these destructive ‘management techniques’ in the hope to roll them out across NSW.

On the 1st of May members of Friends of the Earth’s River Country Campaign visited the MVNP and several proposed logging coupes inside the Park. We witnessed a massive stockpile of trees that has come out from just the first of 22 logging coupes. The amount of wood they are cutting from the National Park is immense and it looks just like a commercial logging enterprise. Trees and habitat that is meant to be protected under National Environment laws are now being carted out of the Park on logging trucks. 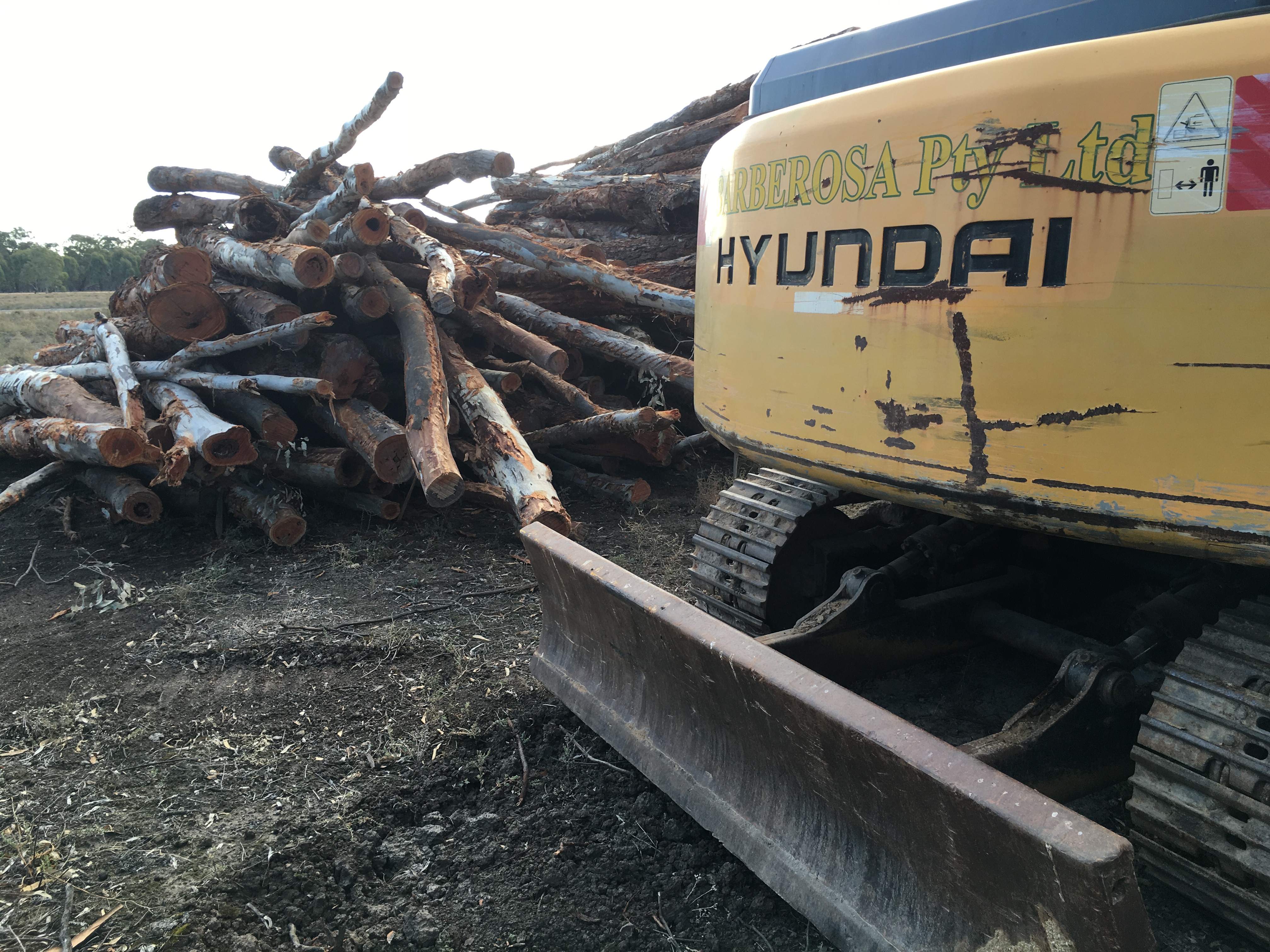 (stockpile of trees to be used for firewood)

We witnessed the area of forest they cut all the trees from, coup ‘number five’. The site looked unrecognizable from the forest surrounding it. Every part of the forest floor and understory plants, fallen hollow logs and habitat had been squashed and trampled by massive industrial tyre tracks of the logging machinery. There had been new roads cut into the forest and the rain had collected there. Every square meter of the site had a tree stump covered in glyphosate biactive (a chemical to stop the stump re-growing). There were trees and branches all over the ground, marked with scaring from the tree felling machines grip.

This did not look like a site of scientific intervention, it looked like a logging coup. It was a mess and I cannot see how the sites will recover, let alone benefit from the logging, as the NSW Office of Environment and Heritage predicts.

The site was enough to make you cry. This is scary stuff. If the Government gets the data they want from this trial, it is possible that every National Park in NSW could soon be contracting loggers to come in and ‘maintain them’.

In the NSW Office of Environment and Heritage’s Public Environment Report for the thinning trial, page 19-23 detail the regulations of the trial which include not felling habitat trees over 40cm at breast height or with hollows. In the first coupe out of 22 that has been logged Friends of the Earth has found trees cut which were up to 50cm in diameter and at least one which had a hollow. This means that already the Department and contractors have broken their approval conditions under the EPBC.

Because of this breach of regulation and the destructive nature of the trial Friends of the Earth calls on the NSW and Federal Government to cease the trial immediately. 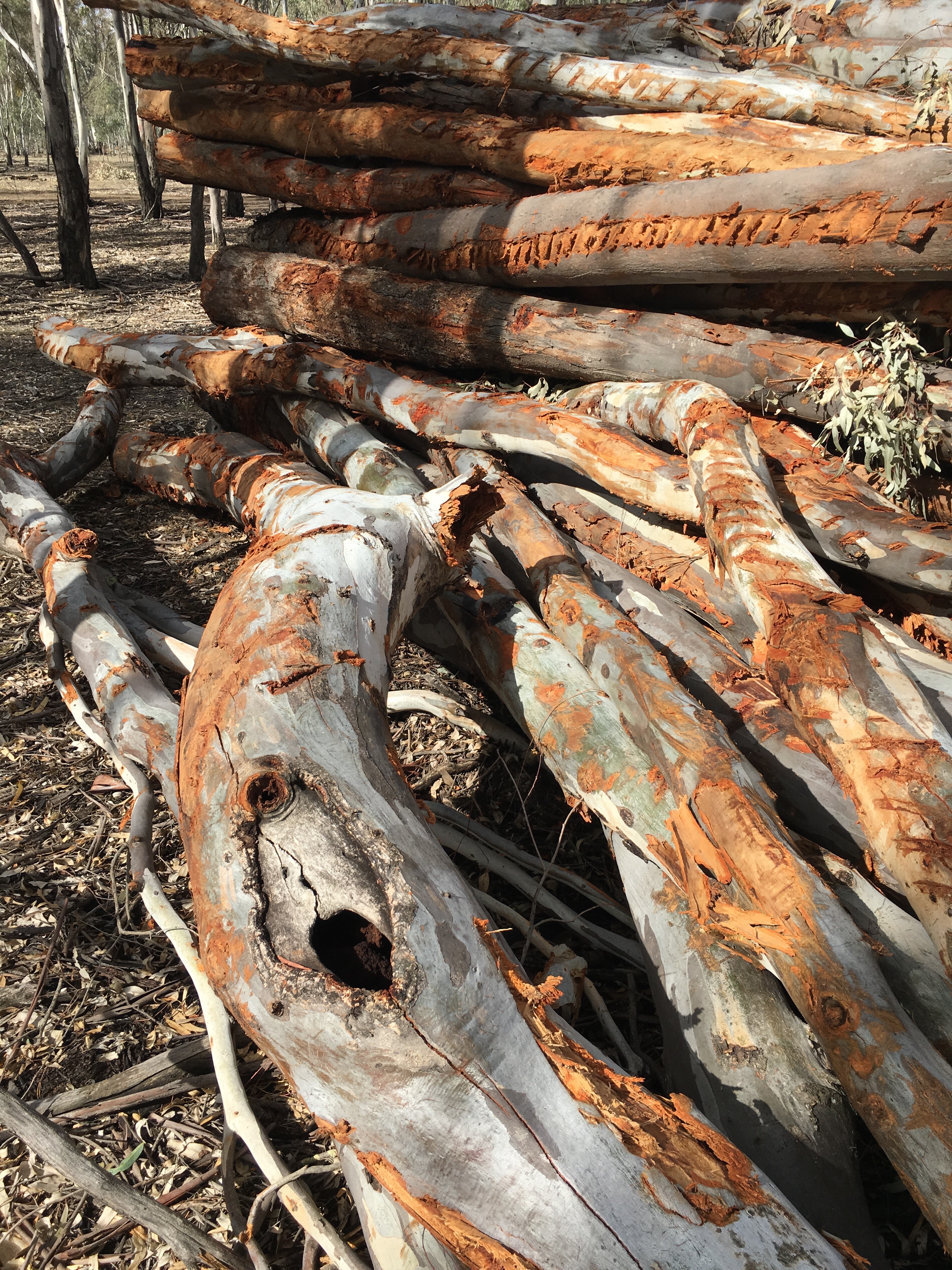 (Hollow in a habitat tree no longer a home for animals)

The science on Red Gums tells us that water is the key to their survival. There is continuing tree death because of lack of adequate flooding in these floodplains, not because there are too many trees.

The River Country Campaign is continuing to exhaust every effort to stop this disastrous logging project and protect our National Parks from conservative Government attacks. Please consider donating to our campaign so we can continue this very important fight. 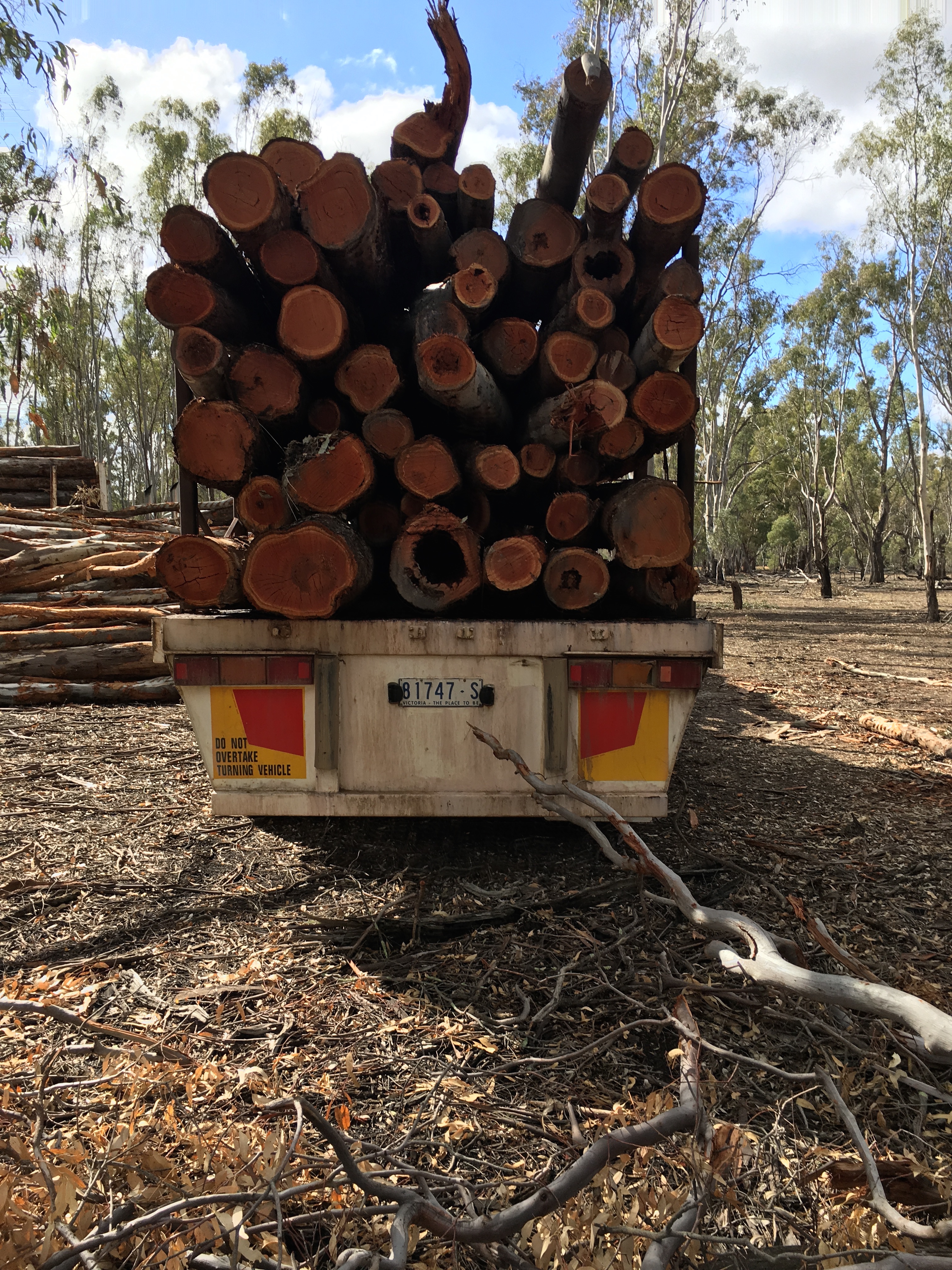 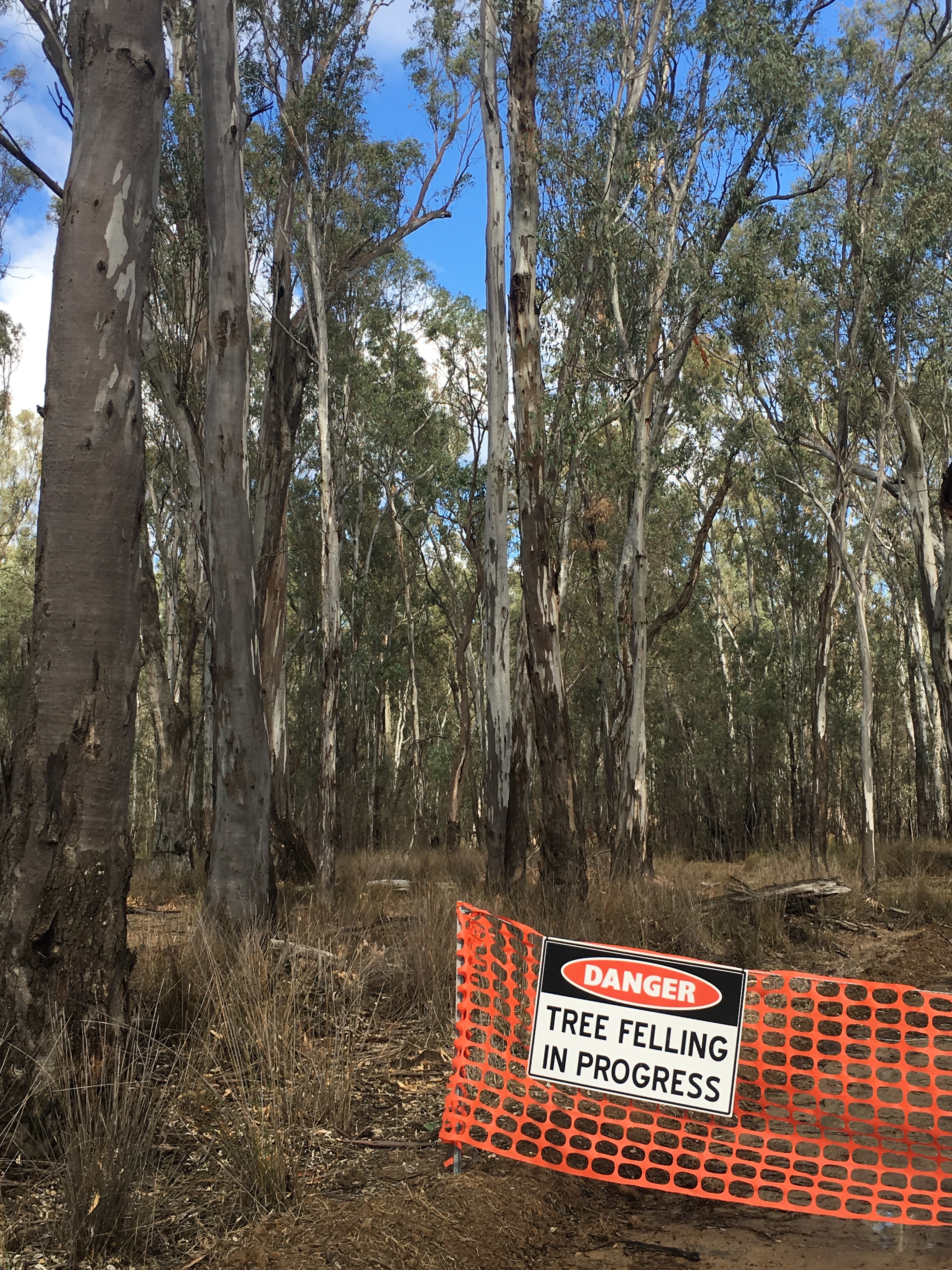